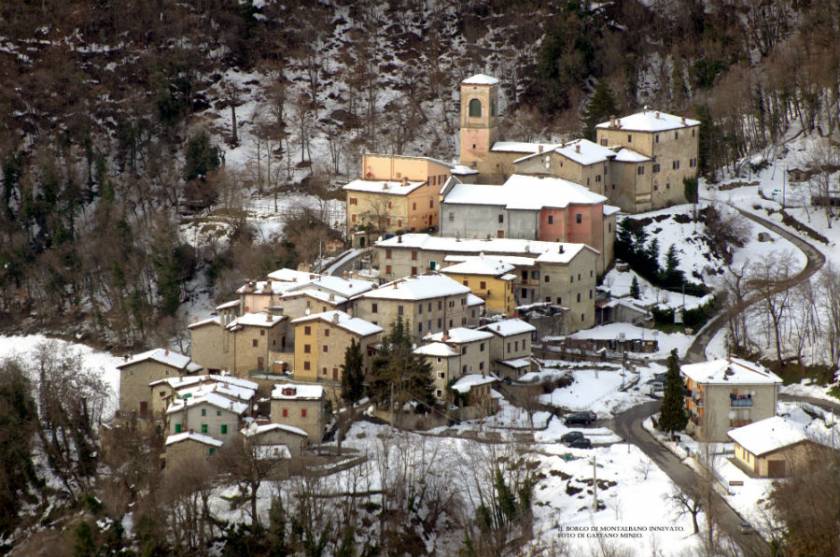 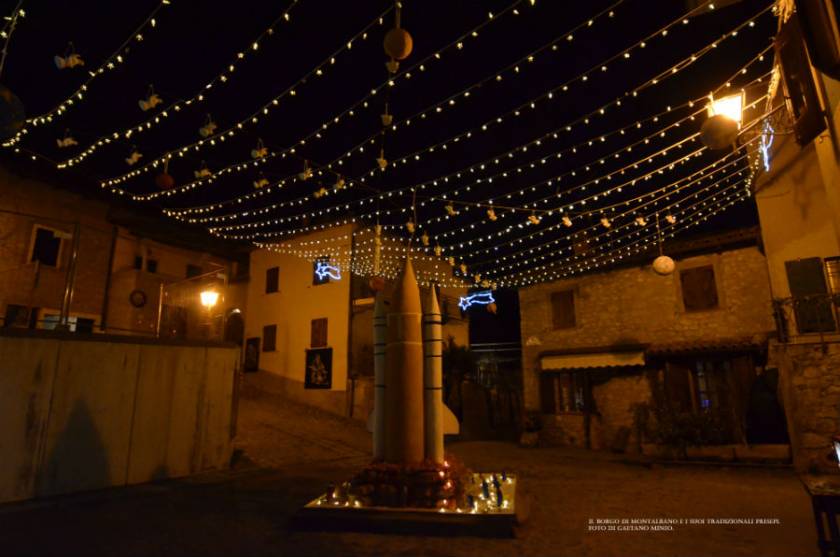 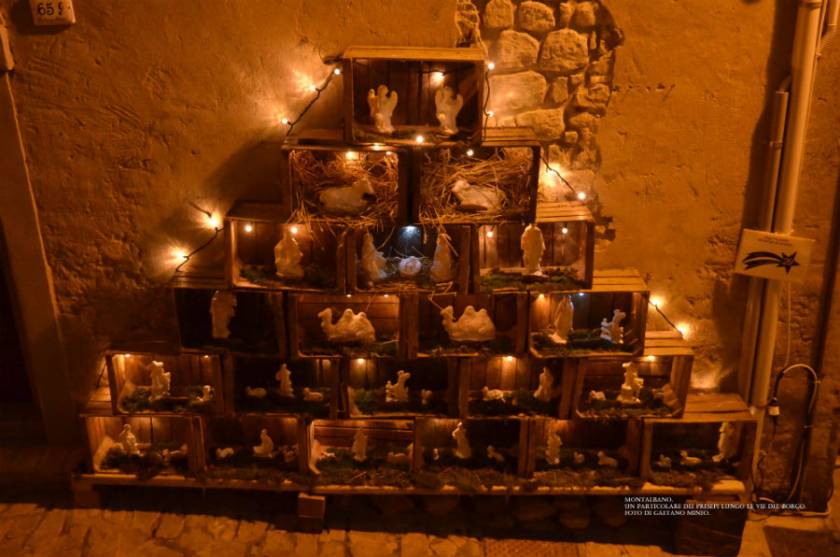 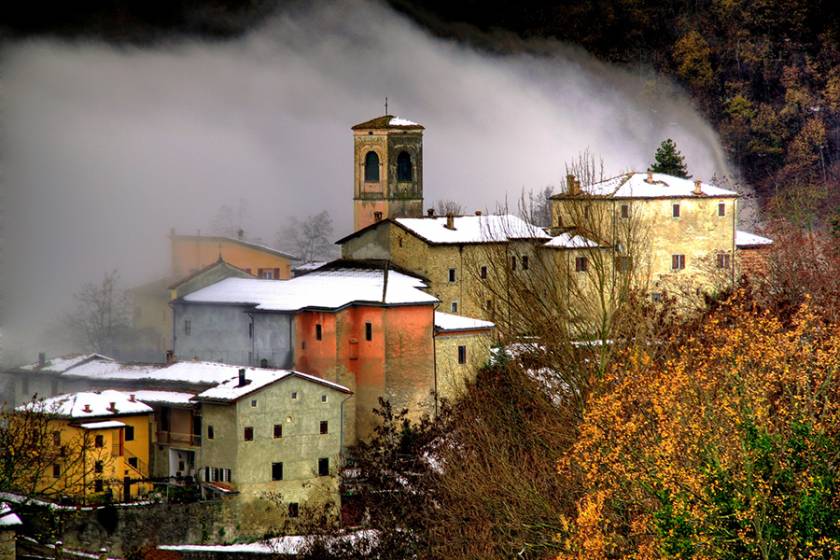 Montalbano has always been the pendant earth village. The houses of the old hamlet climb almost vertically along the southern slope of “Monte della Riva”. Montalbano has maintained the charm of an old fort, with its steep, winding alleyways, the little eighteenth century church and the pretty rectory, on which the seventeenth century bell tower stands. The view is breathtaking. To the North the woods climb the Monte della Riva. To the South your gaze is drawn beyond the Rio Missano valley to settle on the ridge of the Tuscan-Emilian Apennines, dominated by Corno alle Scale and Monte Cimone. Missano is just a short distance from Montalbano, and is once again dominated by the imposing mass of Monte della Riva.
Not to be missed is the beautiful seventeenth century parish church, with its three naves, rebuilt in 1757. Inside are conserved: a baptistery in sandstone and wood of 1614, tele 600, a precious altar in scagliola with lateral porticelle of 1716, statuettes in white marble of 300.

Inside of the seventeenth-century bell tower is kept a bell of 1482 with bas-reliefs. In the center of the village there is also a house of 500 with portico in wood supported by sandstone columns with carved capitals, the Oratory of San Michele del 1464, adjacent to the cemetery, and the Oratory of the Madonna della Salute of 1636, with an elegant portico.

Along the road that joins Montalbano to Zocca, we find the canton, which comprises a rural complex with sixteenth-century tower, next to which rises the Oratory of S. Filippo Neri (1700); the Cavola, instead, is an agglomerate surrounded by a wall of the '700. Inside, a manor of the 800 was built on a pre-existing 16th century structure with the turret and the median.