Archaeological park and open-air museum of the Terramara di Montale

What to see in Castelnuovo Rangone, Modena, Emilia-Romagna 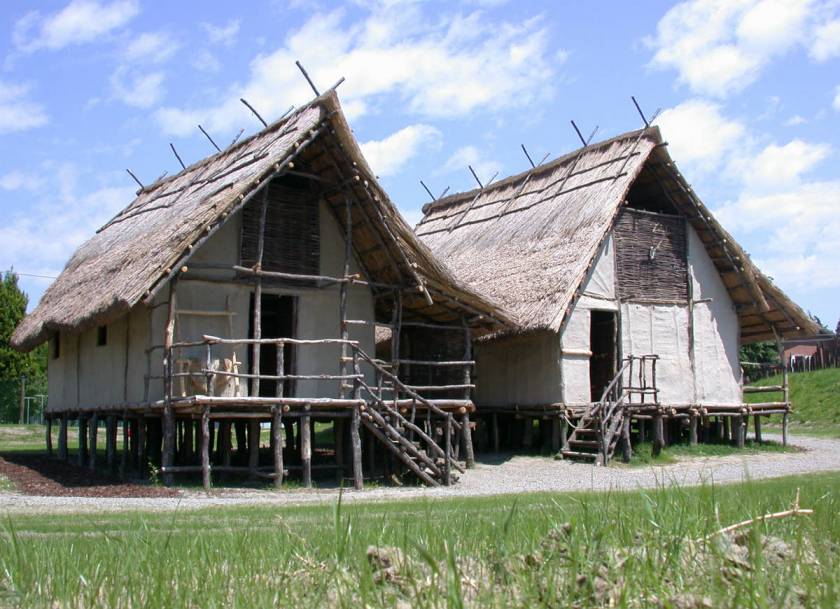 The archaeological park of Montale, located in Montale Rangone, in the hamlet of the municipality of Castelnuovo Rangone, is dedicated to the enhancement of the civilization of the Terramare.
The Terramare were fortified villages, surrounded by an embankment and a moat, from the Bronze Age that arose in Emilia and in the central area of the Po Valley around the middle of the second millennium BC.
The huts were often built on platforms supported by piles, similar to those on piles, but located on land and not on lake basins. The houses, built with earth and wood, were often rebuilt and consequently layers of rubble piled up on top of each other giving rise to real hillocks. The houses, arranged inside the village according to an orthogonal form, were placed side by side and separated by very narrow streets.
The Archaeological Park of Montale (23,000 square meters) includes an archaeological area and an open-air museum. The archaeological area can be visited thanks to a covered structure that allows you to visit the excavations and "read" traces of over four centuries of village life directly on the ground.

Via Castellino, 1768/A, Guiglia (Modena)
21.02 Kilometers from
La Quiete Kiosk
La Quiete Kiosk is located inside the Roccamalatina's Stone Regional Park near the village of Zoc...