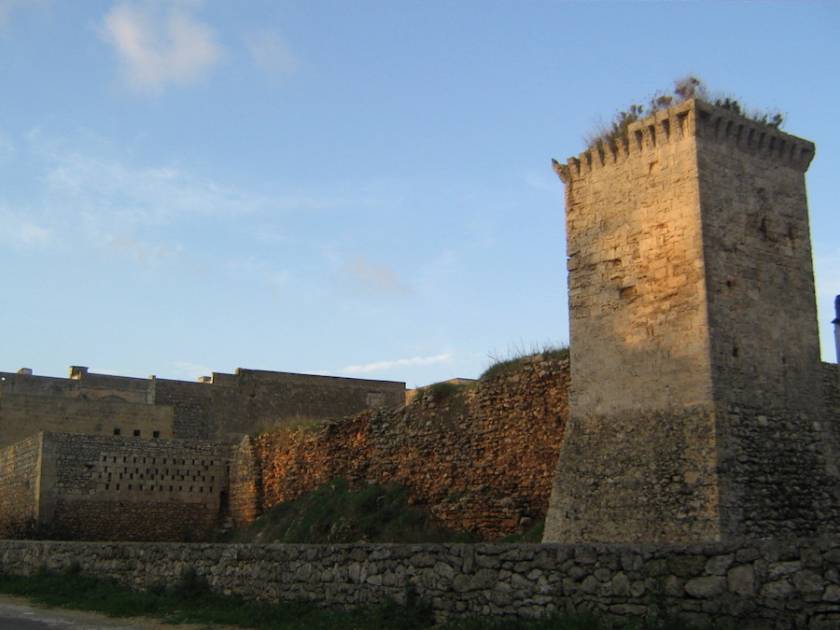 The Tutino Castle, or better the Trane's Castle, of the homonymous district of Tricase is among the few in the Salento to keep still part of the original moat. Built in the XV century, was for centuries a safe shelter for the inhabitants of the hamlet of Tutino. Its mighty walls, high 6-7 meters thick and 1.40 meters, are made of stones and bolus and have the lower part the escarpment. Of the numerous towers positioned along the wall circuit, there remain only five, some with based on shoe, connected at the top by a path of ronda still visible in some stretches.

Toward the end of the XVI century, obsolete with respect to the dictates of the military architecture of the time, the castle was ceded by the count of Alessano Andrea Gonzaga to don Luigi Trani. The latter is amplified and transformed the structure to make a stately residence. On the eastern side, the moat left the place to an elegant Renaissance facade articulated on two levels with a severe portal surmounted by the noble coat of arms: a winged dragon and folded, aimed a star 8 spokes and supporting with the right branch a bull head and with that left a book.

S.P. 277, Via Giurdignano, Otranto (Lecce)
24.35 Kilometers from
B&B Centro Storico
The Bed & Breakfast Centro Storico rises in the heart of Otranto, on the ground floor of the anci...