Abbey of St. Mary of the Myth 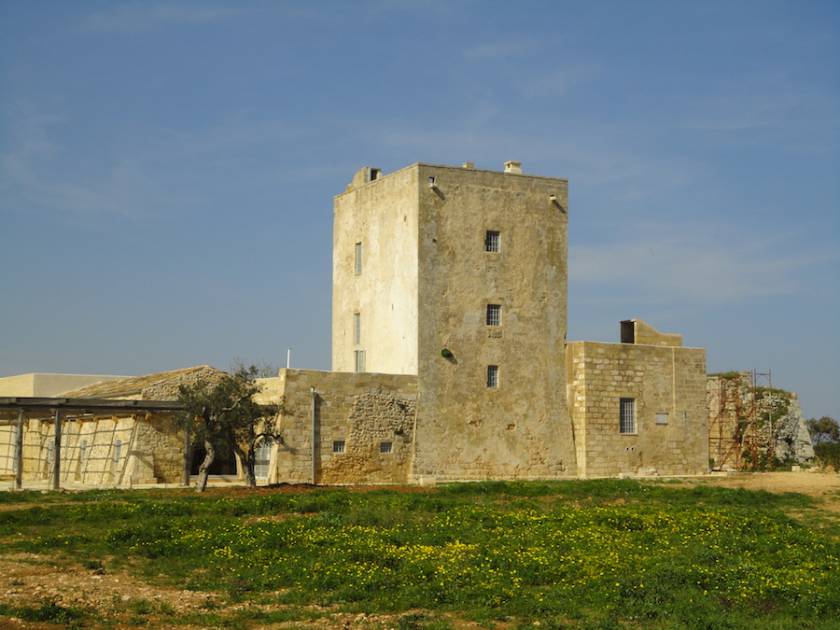 Also known with the ending de Amito, the Abbey of St. Mary of the Myth is among the historical-artistic beauties more ancient of Tricase. It is not known the exact date on which the abbey of Santa Maria of the myth is founded, but we know that, between the VIII century and the IX century, arise in the area many abbeys, cenobi, churches and rural chapels, for the most part based the Basilian monks. The foundation of the abbey of Tricase, can therefore be likely to be attributed to this period and to the hand of this community. In time, the abbey evolves into a remarkable center of culture and becomes a masseria totally self contained, situated between the feud of Tricase and that of Andrano.

In the seventeenth century the situation of the complex is already poor because of the raids of the pirates and the continual partitions and invasions of land between the surrounding feuds. In the following centuries the situation degrades increasingly, up to the complete abandonment of the structure.

The Abbey of St. Mary of the Myth remains very little, in the order of ruins and biceps of masonry. Best Preserved is the Colombaia, a tower for the rearing of pigeons, situated a short distance from the abbey and still today in the open countryside. The tower is almost seven meters and measure fifteen meters of perimeter. Inside wind six scales that come up to the top and that served to inspect the entire inner surface of the tower.

Via Madonna del Passo 68, 73028 , Otranto (Lecce)
22.40 Kilometers from
B&B Centro Storico
The Bed & Breakfast Centro Storico rises in the heart of Otranto, on the ground floor of the anci...

Via Madonna del Passo 68, 73028 , Otranto (Lecce)
4840.56 Kilometers from
B&B Centro Storico
The Bed & Breakfast Centro Storico rises in the heart of Otranto, on the ground floor of the anci...