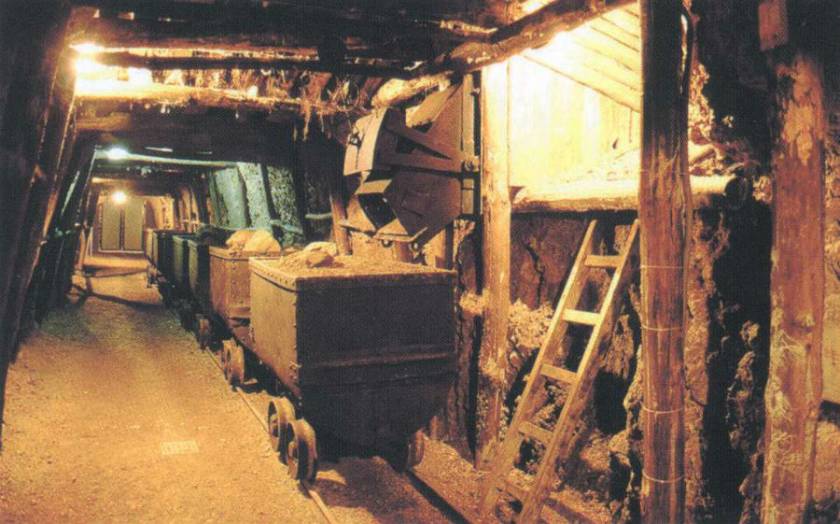 The Mine Museum of Massa Marittima has four exhibition rooms accompanied by didactic panels. The first two rooms collect a wide testimony of tools of everyday life of the miner, as panierine for the meal, helmets, ski boots, as well as mining equipment of great archaeological interest-technological, such as measurement tools, including a nineteenth-century square, surveying instrument which allows you to draw on the ground two alignments belonging to vertical planes perpendicular to each other, and an interesting clinometer half of XVI century, tool from shape similar to a telescope to measure the inclination of a view on the horizon. In the collection also stand out lamps lighting, such as an oil lamp of the XIX century, cards with geological sections and ancient maps of mine - including one of mine of Fenice Capanne dated to 1840. There is also a wooden reconstruction of an ancient well of extraction.

The third room contains various collections of samples of minerals coming from the main mines of the territory of southern Tuscany: mines of pyrite and sulphides of zinc, lead and copper of the territory of Massa Marittima (Niccioleta, Campiano, Boccheggiano, Gavorrano, but also Campiglia Marittima), the mercury mines of Santa Fiora and Monte Amiata, the iron mines of Elba Island, those of antimony of low Maremma.

Finally are prepared a series of panels which document the mining statutes in Europe from the ancient period to the medieval one, among which the Mining Code Massa in front of the XIV century.

The museum is provided with audioguides in English, German, French, Russian, Polish and Spanish.

Poderi di Montemerano - 58014, Manciano (Grosseto)
70.21 Kilometers from Mine Museum
The Garden of the historic center
in the village of Montemerano, two steps away from the Thermal Baths of Saturnia and from those o...

Via di Mezzo Franco, 10 Loc.Campese - 58012, Isola del Giglio (Grosseto)
75.87 Kilometers from Mine Museum
Ristorante Dal Cacini
The good Cacini is a must for those arriving in Val Cornia.

Via del Crociﬁsso, 3, Suvereto (Livorno)
17.42 Kilometers from Mine Museum
Trattoria Verdiana
It is a place of simple elegance, where, in winter, you can eat in front of the fireplace and in ...

Località Poggio Bertino, 18, Montemerano, Manciano (Grosseto)
67.90 Kilometers from Mine Museum
Vecchia Osteria Cacio e Vino
Every dish is matched to a particular wine. You can taste delicious local dishes in a friendly at...