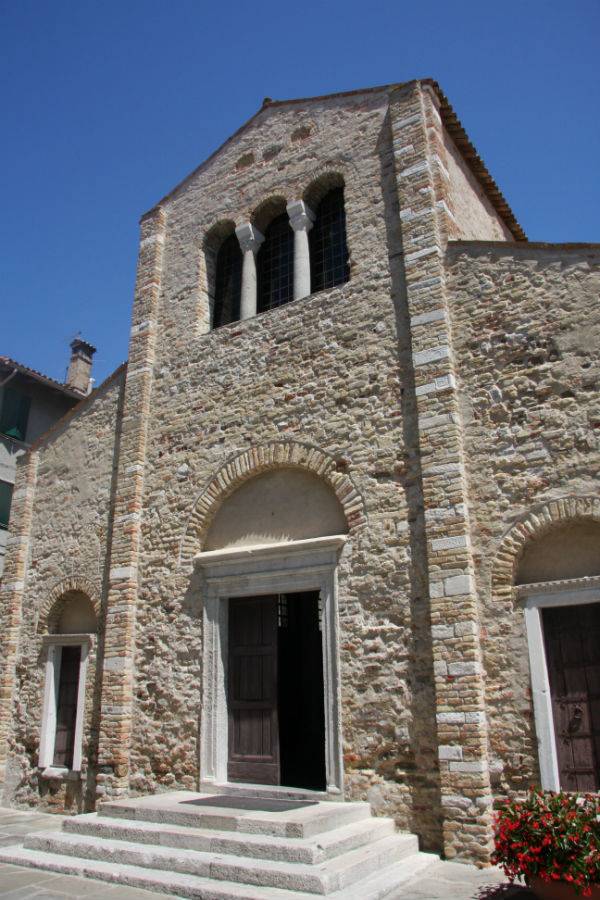 dating back approximately to the V century, rebuilt in the VI century, you can notice the two construction phases admiring the floor mosaics, arranged on two levels. Among the various representations, you may notice the only fish depicted in Grado. Inside the Basilica you can admire the altar, the holy water stoup and the wooden statue of the Madonna delle Grazie, religious destination of the Grado population. The basilica has a square structure, the interior is divided into three naves separated by two rows of five marble columns of different origin, the architecture is characterized by slender form the vertical of the central nave.