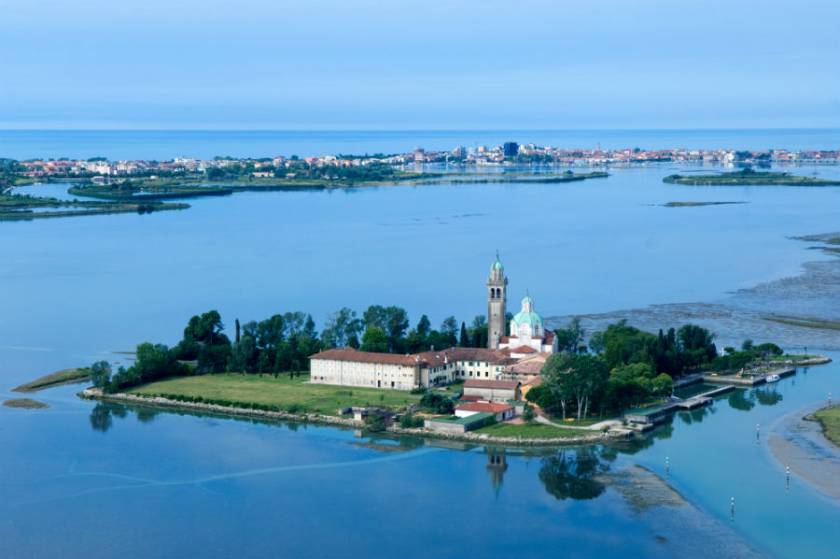 the spiritual fascination of the shrines is often amplified by the beautiful scenery offered by the locations that host them: it is so also for the tiny island of Barbana, in the lagoon of Grado, where is this Marian shrine of ancient origin, today the seat of a community of Franciscan Friars Minor.

According to tradition the origin of the sanctuary goes back to 582 d.C., when a violent storm threatened the city of degree. At the end of the storm an image of the Madonna, transported by the waters, was found on the island near the huts of two hermits. Here, the patriarch of Grado Elia erected a tomb as thanks to the Madonna for having saved the city. Soon the island became stable residence of a community of monks and destination of frequent pilgrimages. From 1237 Barban is also the destination of the famous Perdòn, the procession that the Community of Grado makes every first Sunday of July aboard boats to renew an ancient vow to Our Lady that would have saved the town from a terrible plague epidemic.

A regular service of ferries, with departure from the channel of the hatching, connects the island of Barbana to Grado. The journey lasts approximately 20 minutes. The island can also be reached by private boats and is equipped with a small harbor.