What to see in Alvito, Frosinone, Lazio 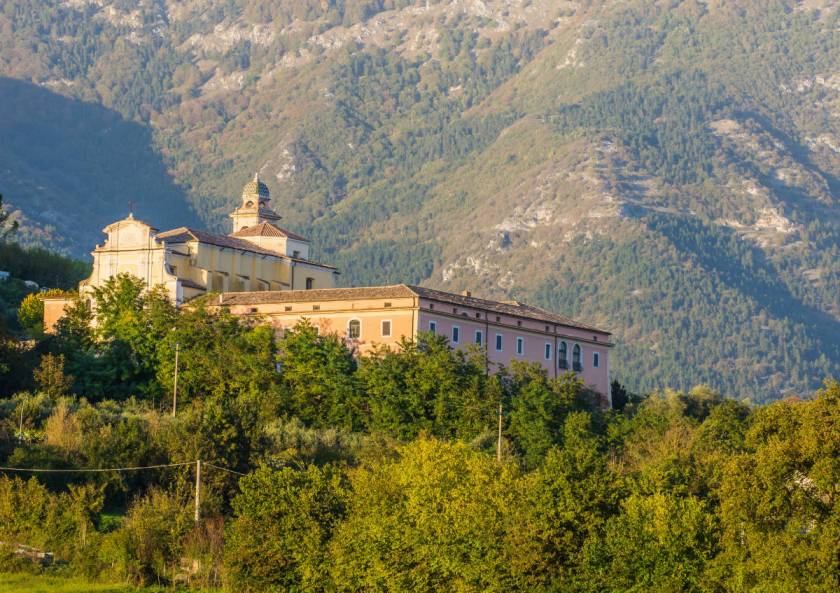 The Convent of San Nicola, built in 1516, is a former convent of the Franciscan conventuals of the city of Alvito, of sixteenth-century origins, but with eighteenth-century reconstructions, to which the homonymous church is annexed. Today it is a public building, for the most part owned by the provincial administration of Frosinone, with a state technical institute for agrarians inside, while the church belongs to the "Fund for religious buildings". The convent was built outside the walls, on the slopes of the hill on which lies the city, on a branch that goes into the plain below Alvito. Expanded and restored in 1720, in the second half of the eighteenth century Pope Clement XIV, who had spent a year there as a novice master, enriched and decorated it with numerous works of art, so much so that it was called "the little Montecassino". The architectural structures present artistic forms close to the late Roman Baroque or Baroque. Of artistic interest in the building we remember the cloister, remodeled after recent restorations, and a beautiful entrance door. The church, with a single nave, is located on the northern side of the building. Two paintings by Raphael once held.