Mother Church of the Blessed Virgin of the Assumption 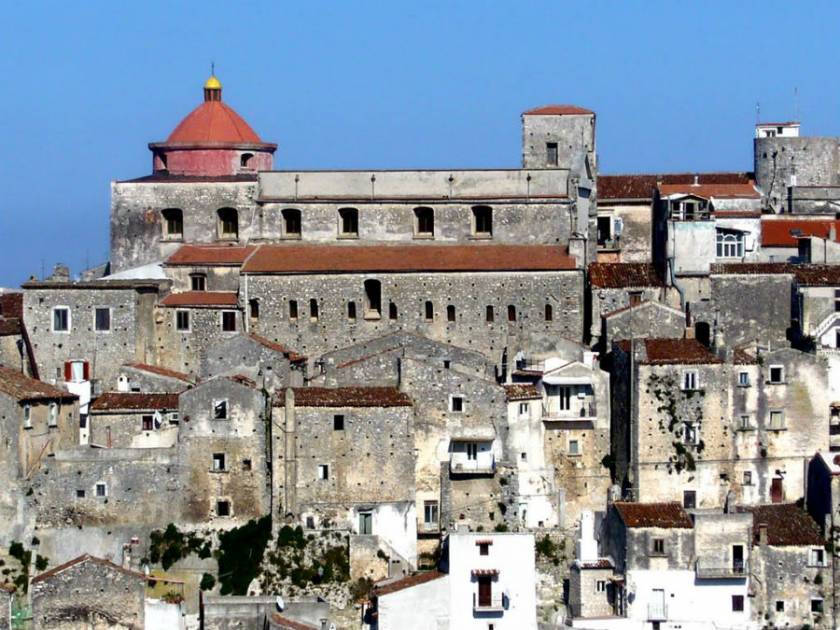 the Mother Church of the Blessed Virgin of the Assumption of Vico del Gargano has a simple façade, closed by a triangular tympanum and softened by a portal trabeato in stone. On the architrave with plant motifs, supported by two semi-columns, a registration date the year 1675. The bell tower quadrangular and the ribbed cupola soar over the implant to spindle of the acropolis of the town. Inside the church we can see a long central nave and two side aisles with five windows on each side that give light to the same. The Church is provided with eleven altars among which that of San Valentino, patron of Vico del Gargano already for sixty years and the altar of the SS. The crucified one time under the employers of Troiano Spinelli Marquis of Vico. In the central nave a great arc supported by pillars divides the choir from the rest of the Church. To the right and to the left of the choir there are seats carved wood to two orders and at the center there is the high altar with the framework for oil of the B.V. dell'Assunta, S. Pietro, S. Lorenzo and S. Domenico. In the middle of the eighteenth century the church was awarded the title of Collegiate.