What to see in Biccari, Foggia, Apulia 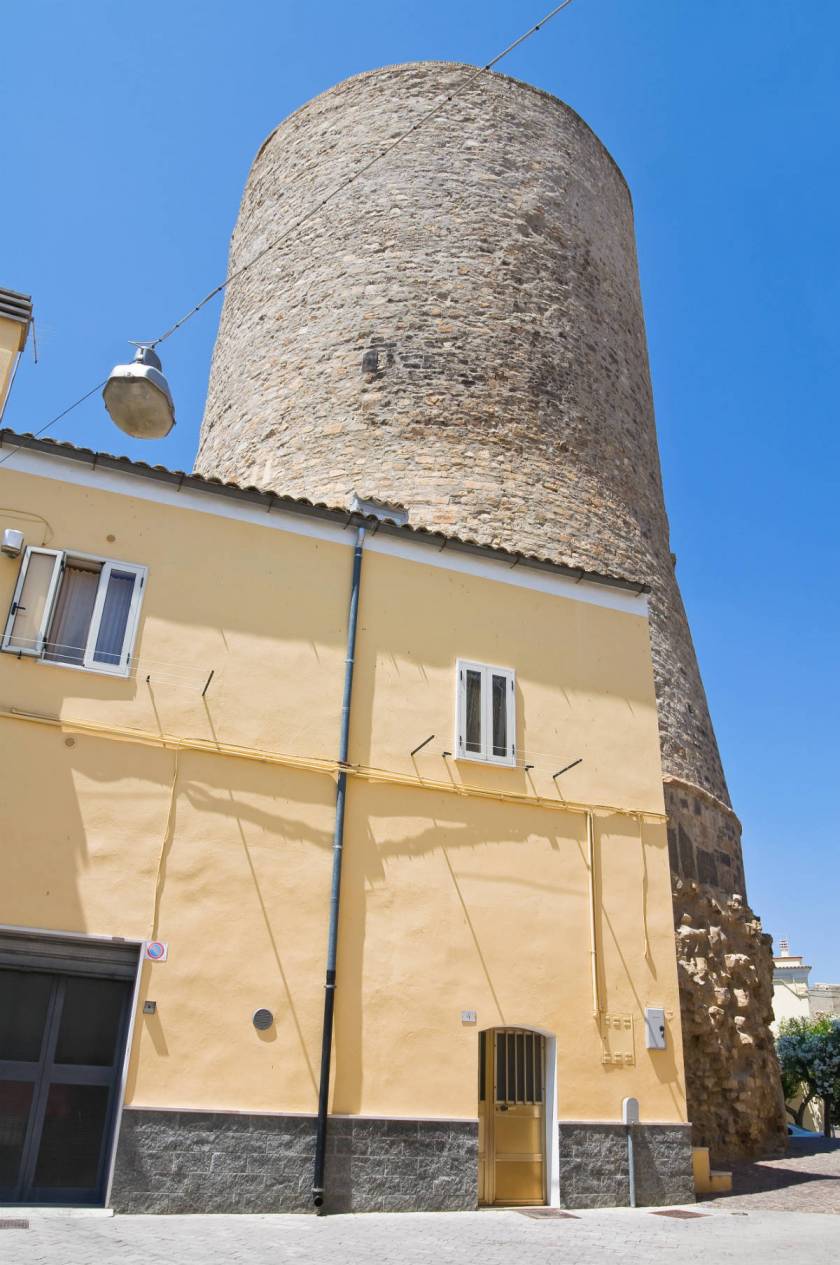 the existence of an ancient parchment, forming part of the treasure of the Cathedral of Troy, compiled in Biccari in 1122, makes it possible to identify with good approximation the lapse of time (1116 - 1122) in which it might have been built. Together with other towers in the area seems to reliably partaker of the mighty line of fortresses and towers made to erect in the second decade of the 11th century by Catepano BOGIANO, from Troy to the Adriatic Sea, in order to make sure the domain of Daunia, key possession of Puglia. The mighty cylindrical tower dominating the town in the course of the years has not undergone alterations or restructuring of relief and presents itself today in his capacity as original: 23 meters high, rises on a slow slope, likewise cylindrical boundary to the supreme from a thin annulus. Has an outer diameter of about 13 meters and its walls, at the base, exceed the thickness of 3 meters. It is a massive building to irregular stones, sometimes faceted, cemented with a clayish Malta. It was divided into four compartments of which one basement which is accessed through a breach practiced in the foundations outwards, dating back to an era quite recently. The plans were supported by big beams embedded in the walls on which they cross other less thick, equally driven, who governed the wooden floors.The original entrance was via a staircase still exists with which you reached the first floor. Windows, almost all bulwarks in below, there are in every direction and to all floors.

The tower was recently restored and with the planned construction of the scale of the connection between the various planes will be totally recovered and returned to use community with the use of such a monument as the place of preparation of exhibitions and which museum.