What to see in Monte Vidon Corrado, Fermo, Marche 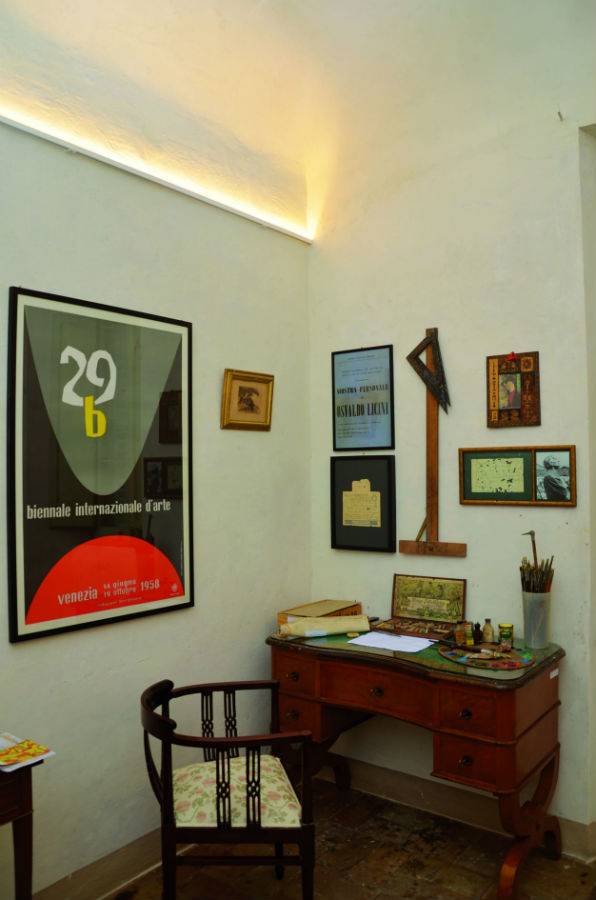 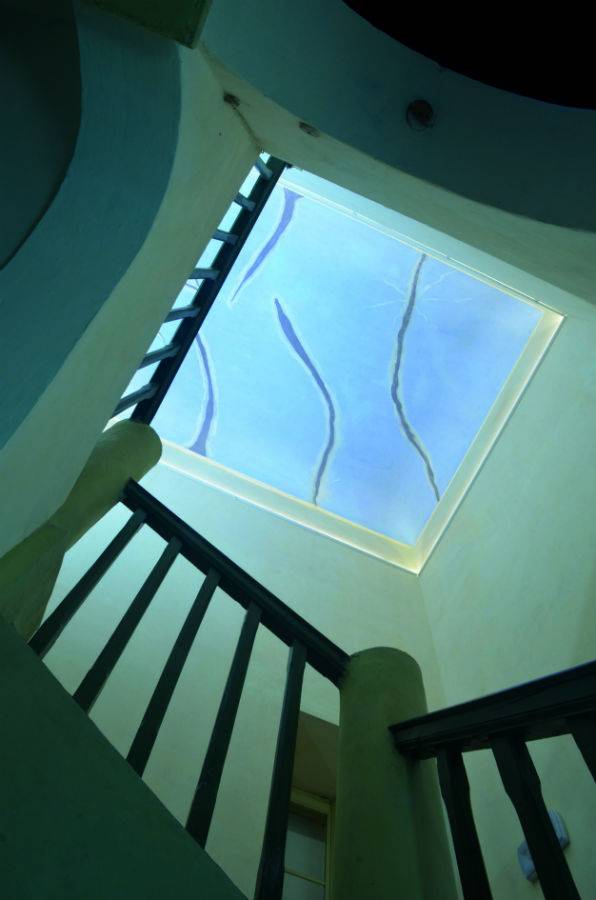 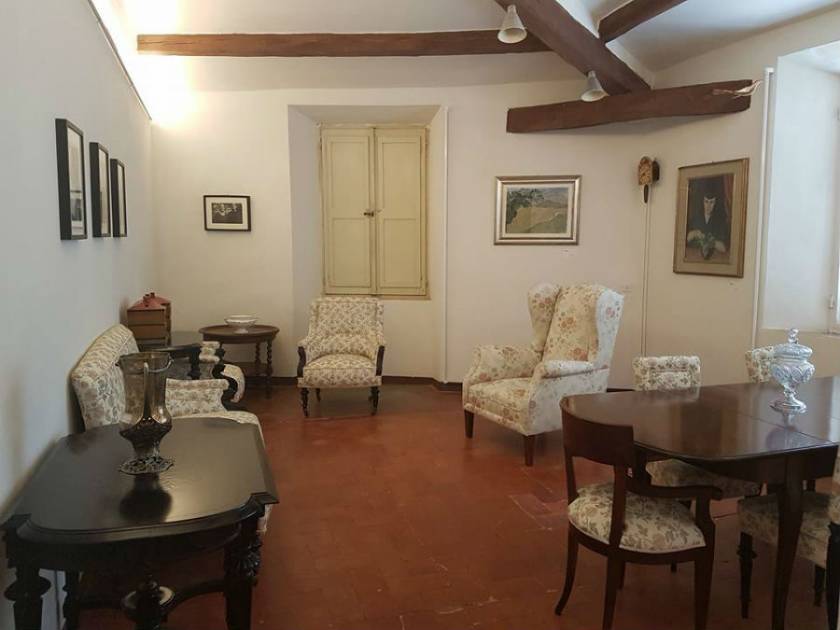 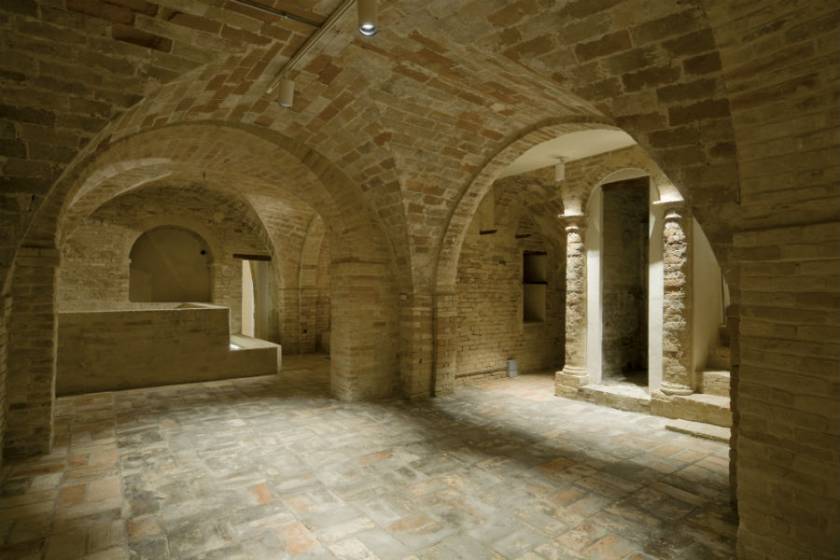 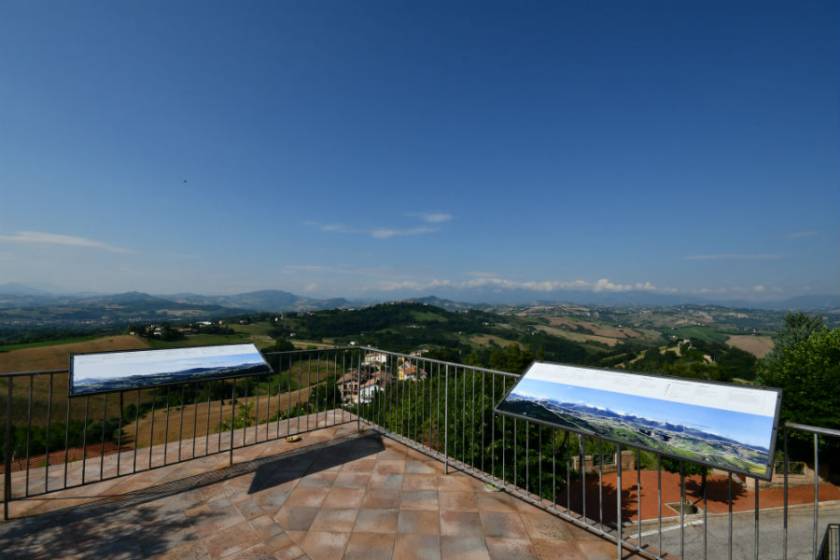 Here the parents as a child had left him in the care of his paternal grandfather Filippo, once they had moved to Paris, taking with them his sister Esmeralda, born two years later of Osvaldo in the Ville Lumiere. Then the attendance of the academy in Bologna and Florence, the tragic interlude of the great war, the years spent shuttling between the electrifying Parisian artistic avant-garde environment, the matissian brightness of the Côte d'Azur and the deep stillness of Naples. In the family home he will definitely return in 1926 bringing with him the Swedish painter Nanny Hellström, known in Paris, to marry her in that year and share with her the isolation on that "cocuzzolo, from where every evening we see the sun go down" ( letter to the Milanese gallerist Maria Cernuschi Ghiringhelli of 1944).

Here Licini completes his artistic career until 1958, when he was welcomed by a big party with the band, he returned to Monte Vidon Corrado after receiving high international recognition at the Venice Biennale. A few months later, on October 11, in his constructivist-style room, he will leave his earthly life, finally taking flight towards that infinity to which all his art had been extended.

At the top of the small village, the house museum is an eighteenth-century manor house structured on three levels: extremely suggestive is the brick vaulted cellar, where Licini personally prepared the colors and where it is said that he held political meetings, he who from 1946 to 1956 he was mayor of his country with the "Spiga di Grano" list. On the second level there is the living area which includes a large, very bright room where the works were completed, having the opportunity to observe them from afar and where they later kept them. The kitchen, as well as the bathroom upstairs, present in the furnishing and organization of the space a great modernity probably dictated by the Nordic taste of Nanny. In a letter to his friend Checco of 1932 Licini talks about furniture that had been cleared to the port of Ancona: probably they had been purchased during the trip to Sweden between summer and autumn of '31. In the kitchen there are two wooden doors belonging to a sideboard and paintings by the artist with a flower and a stylized horse, from Matissiana memory, lent by the Civic Gallery of Contemporary Art of Ascoli Piceno.

In front of the kitchen, the pantry and then the living room, with dark furniture carved from Sweden, the living room was restored and donated by Catherine Celi Hellström to the City as all the furniture in the house. On the walls there are two paintings donated to the Municipality of Monte Vidon Corrado by Silvia Poli Licini and Lorenzo Licini in memory of Paolo Licini, son of Osvaldo and Beatrice Müller. "Portrait of the mother" of 1922 is an oil and had to be particularly dear to Licini who kept it in the living room of his house - where it has now been relocated - as evidenced by vintage photos. It is a half-length portrait, like others that the painter created in the early twenties, when he was divided between teaching at the technical schools of Fermo and long stays in Paris and the French Riviera. With a fullness of the forms of twentieth-century ancestry, Licini represents the mother, the large lowered almond eyes, intent on arranging a delicate vase of lilies of the valley, referring to the French tradition of giving this flower on May 1 as a symbol of spring. The brush stroke is wide and fluid, the chromaticism is harmonious and essential.

In 1927, with subsequent interventions, as Licini used to do, is the suggestive "Landscape", a view of the Marche hills, made through the expressive, incisive line of Matissiana memory, with an extraordinary sense of synthesis: the leafy tree, the house lonely, a figurativism that was moving towards the abstraction of the thirties. Going up the spiral stairs, looking up at the ceiling, you can admire the mural painting created by Licini in the mid-forties on the cold tones of blue and gray, in which sinuous lines evoke astral trajectories in a Selene space. It seems that Licini designed the painting to cover the stuccoing of some cracks caused by the earthquake of October 3, 1943: "You will not know that the earthquake of three October damaged our house, which we still could not repair" he wrote in the spring of 1944 to Maria Cernuschi Ghiringhelli. On the third level there is the sleeping area and the study with the easels, the colors, the brushes, the posters of exhibitions, the desk encrusted with chromatic mixtures as well as the sill of the large window, the bed where the artist often painted seeds - Lying down to rest the wounded leg on Podgora during the First World War.

This is the brightest floor, with many windows open onto the hilly landscape. From the letters we learn the special taste with which Osvaldo and his wife Nanny looked at the spectacle of nature: "Now let's look at the windows from spring and the rapid changes of the sky and the greens, and we have fun at the theater," he wrote to Felice Catalini in 1932. Licini's bedroom is in a constructivist style, on the wall to which the bed is placed there is an Archiplay played on a white triangular module, profiled with orange on a black background, with a picture of the Madonna in the center. These preserved in the house are the only wall paintings made by Licini. Some of Nanny's works are exhibited for the first time in Caterina's bedroom: three paintings and some youth proofs of art prints dated between 1915 and 1918. Originally from Gothenburg and from a wealthy family, the Swedish painter had studied drawing and painting at the School of Fine Arts in Valand and then in Paris at the Academie Julian and the Acadèmie de la Grande Chaumière, also taking private lessons from André Lhote. A cultured and energetic woman she spoke in addition to the Scandinavian languages ​​and Italian, French and German: in Monte Vidon Corrado they called her "the lady" and they told her that she was always available to help those in difficulty. In the Marche region, Nanny also brought many pieces of furniture from Sweden: the colored horses (Dalahäst) on the back of the bed, wooden caskets, the model of her birthplace, cups, jugs, bottles, candlesticks, family photos.

Going up a wooden staircase (not accessible to the public) we reach, through a hatch, the attic and from here to an altana from which the hills are dominated by the geometries of the agricultural plots, up to the Sibillini that stand out on the horizon, and one feels almost overwhelmed by the immensity of the celestial vault, thus entering into harmony with Licini's creative process. The house museum and especially the cellar space, host both historical exhibitions on Licini and the art of the twentieth century, both exhibitions of contemporary art.