What to see in Campo Tures - Sand in Taufers, Bolzano, Trentino-South Tyrol 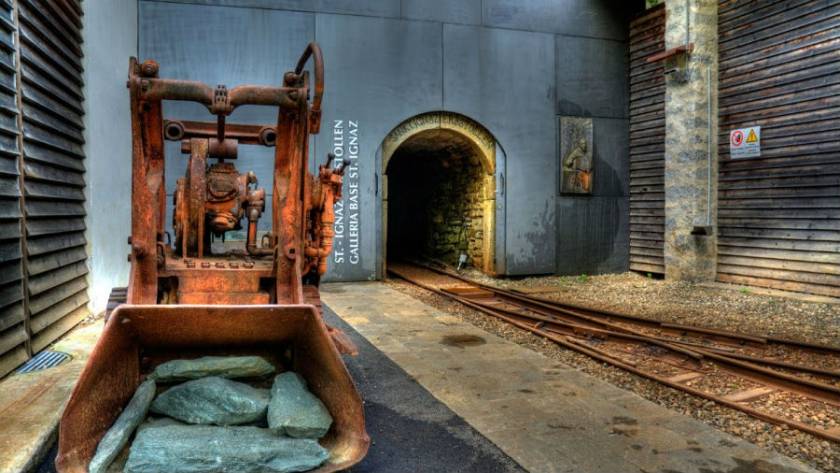 the mine of Predoi near Campo Tures is open to visitors by the end of March to the end of October. Guided visits are scheduled every day except Monday. Reservation is appreciated. It is assumed that at Predoi, the more common in the north of Italy, the extraction of copper began already since 1400. The mine was active for about 500 years, until in 1893 not had to be closed because of the import of copper is less expensive from America. The activity was resumed in 1957, but it was closed again in 1971 for ecological reasons and economic.

Today visitors enter the Gallery teacher St Ignatius aboard two trailers are part of the railway of the mine, which has been refurbished recently. The original gallery was transformed into gallery museum and gives a look authentic in hard daily life of the miners. Near the station of the train is a winch of the years '60, with which the baskets of the mineral were hoisted dal Pozzo Erzherzog Johann, which today is located in most underwater.

Here begin the two revolutions to ring of the visit. The first, 250 m long, terminates on the floor of the Gallery St Ignatius, while the second circular, and long 80 m, falls to the so-called level sixth, where the copper ore was cultured until the 1900s. Along the whole path several scenes show the harsh reality of the work in the mine. The only example of its kind is the implantation of cementation of copper, still active today and which has the function of extracting the so-called copper cementation by the waters of the galleries. We also recommend a visit to the trail of the mine.

Masseria 22 - 39040 Ridanna, Racines (Bolzano)
5331.50 Kilometers from
Hotel Walther von der Vogelweide
In our opinion it is the best place to have a stay in Chiusa. It is located in a building in the ...

Città Alta 66, Chiusa (Bolzano)
5307.13 Kilometers from
Hotel Zur Post
In the heart of the medieval town of Glorenza, in the middle of the Venosta Valley, Hotel Posta o...

Via Flora 15 - 39020, Glorenza (Bolzano)
5290.24 Kilometers from
= distances as the crow flies
Laimburg Winery
Laimburg Winery, in the province of Bolzano, is part of one of the towns on the South Tyrolean Wi...