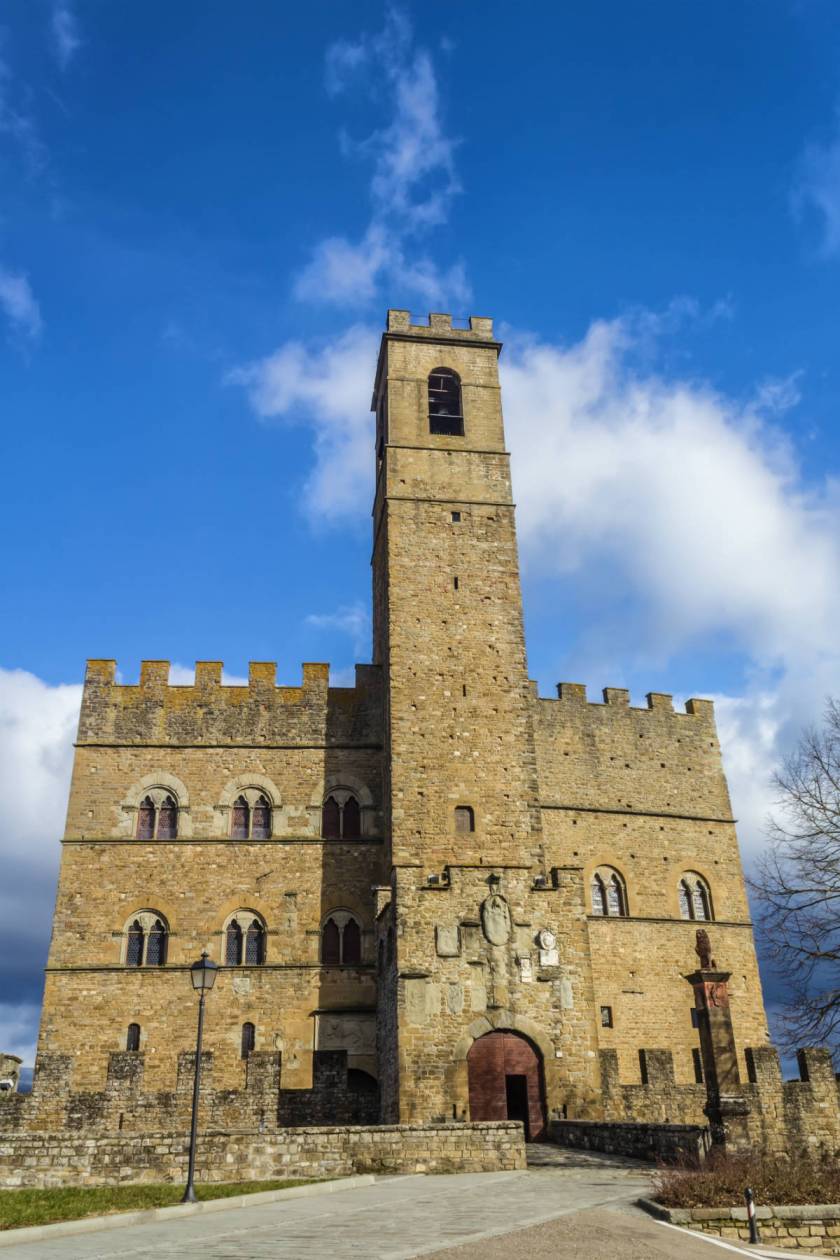 The Counts Guidi Castle of Poppi, in Tuscany has been renovated since 1274 for the will of Count Simone Guidi and his son Guido. The castle has been the scene of a historic event: on 11 June 1289, in front of the monument was the battle of Campaldino. Uncertain the paternity of the building: the oldest part is attributed not univocally with Lapo of gearbox, while the most recent dates back to the end of the XIII century, would be of Arnolfo di Cambio.

Inside the building you can see a chapel, a museum on the battle of Campaldino, a library and documentation center Giovanni Gualberto Miniati. On the vault of the nave of the chapel annexd to the castle is one of the most important cycles of frescoes of the province of Arezzo. Almost entirely frescoed are also its walls: to indicate the three cycles on the stories of Saint John the Baptist, Saint John the Evangelist and from the life of Mary, in addition to figures of saints placed below these. In a niche located below a window there is a polyptych trompe l'oeil frescoed, while on each of the four corners of the ceiling are painted the Evangelists in throne, whose fatherhood was attributed to Taddeo Gaddi, a pupil of Giotto, after the restorations carried out between 1988 and 1990.