What to see in Volpedo, Alessandria, Piedmont 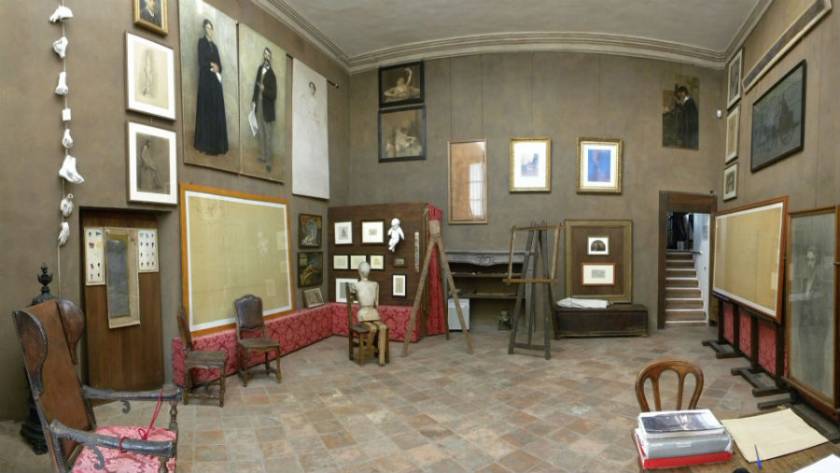 The rear of the house ends with a large parallelepiped which constitutes the study, the atelier in which he painted, is exercised and studied, having in front of the meadows and the countryside. Built by the painter in 1888, and subsequently expanded to assume, in 1896, the current garment with the large zenith skylight. Pellizza did not have access to the study from Via Rosano, but you browsed directly from their own house; the current input astride the roggia became necessary following the donation of the study to separate it from the house, which continued to remain to the family. Once, one is struck by the amplitude of the local: a space that develops in m.6,50×8.25 to 5.5 of height. The restoration works have reported the walls to the coloring given by Pellizza to his atelier, rediscovering so the dark tone but warm a terra di Siena tending toward brown, a hue intense, as it was customary in most of the atelier of the nineteenth century. At the end of the walls Pellizza same painted a band of architecture, building with effective prospective modeled the illusion of a frame with moldings in relief, playing on monochrome with great wisdom.