4 seaside villages to visit in winter

The intimist suggestion of 4 seaside villages in winter, when they reveal their soul without the frills of the summer chatter. While the waves break on the shore, poetry reigns among the alleys of the villages, rich in seduction and history 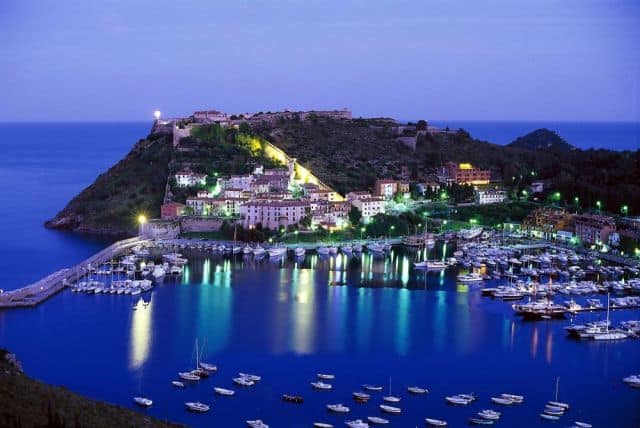 Silence and atmosphere, steps echoing in the alleys, in the little squares, in the open spaces that open onto chests of history. On the seafront, meanwhile, the song of the surf becomes the soundtrack of a stay in the seaside villages when winter is the protagonist. We offer 4, to savor the rare taste of emotion.

The ruby red of the Rossese di Dolceacqua was the first DOC wine of Liguria while from the surrounding olive groves come the taggiasca olives that characterize the extra virgin olive oil "riviera ligure Dop". And there are already two good reasons to visit this medieval village in winter, with the Doria castle perched on top of the hill and the scenic humpbacked Roman bridge over the river Nervia. Claude Monet has immortalized the village of Dolceacqua in four paintings and it is easy to understand why walking along the charm of evocative caruggi that climb towards the manor through a maze of climbs and stairways surmounted by stone arches that unite the palaces and houses . The light filters through the alleys, punctuated by old shops and artisanal workshops, while dazzling the glimpses that you encounter going up the narrow streets that lead to the castle. From which to capture the whole Val Nervia.

It is overlooking a bay and open along the eastern coasts of the Argentario, this fishing village that extinguishes the summer lights, in winter is all to discover in the name of art and history. Porto Ercole is dominated by the Aldobrandesca fortress - irregularly stellate-shaped and its ancient heart is located at the southern end of the bay: a maze of alleys with the city walls that embraces the entire village and joins the fortress. In Piazza Santa Barbara, from which you can admire a beautiful view of the port, stands the Governor's palace with a Renaissance-style façade. The oldest church in Porto Ercole, however, is of eighteenth-century origin and is located on the top of the village.

Off the coast of the Sulcis the island of San Pietro emerges from the sea where Carloforte stands out, the only village on the island. Neptune reigns in the summer but the beauty of the place is such that it has induced the world of television to turn - along with other localities - the famous fiction broadcast on Canale 5, "The Island of Peter", played by Gianni Morandi. Not to be missed is the Novelli Innocenti church, baroque and erected on the ruins of a pre-existing medieval church. Interesting is the parish church, dedicated to San Carlo Borromeo, built in neoclassical style, with a single nave, three chapels on each side and a barrel vaulted roof. Finally, during the winter, archeology lovers can visit innumerable settlements and archaeological remains in Carloforte. Among these, the Punic necropolis with its tombs dug into vulcanite.

The village of Atrani is set between two walls of rock and reveals its houses around the characteristic bell tower of the Collegiata, which rises above a cliff overlooking the sea. From the beach of the village, in the evening there are the lights that at night dot the sea of thousand lights, like a dance of fireflies. Just seven hundred meters from the best known Amalfi, Atrani is the only town on the Amalfi Coast to keep intact its ancient character of a small fishing village and has repeatedly been a film set for films and commercials. It is magical to discover it in winter, when you walk in the beauty of its alleys, encountering arches, courtyards, squares and the characteristic "stairways" of the houses, placed one on top of the other.

Via Campo, 16, Atrani
Lae Domus
Lae Domus is located in the heart of the Amalfi Coast, precisely in Atrani.

Via Monastero, 11, Atrani
Bi Hotel
The Bi Hotel, recently restored, is situated in centre of Porto Ercole on its distinctive marina;

What to see in Dolceacqua

Giovanni Morscio Gallery
Doria Castle
More...
are you an Italian villages lover?
Join our Community
and share you experiences!