Villages of Italy: the 4 most characteristic squares to visit

Not only the cities, but also the Italian villages boast a large number of fascinating squares that are characterized by their regional typicality and their history. 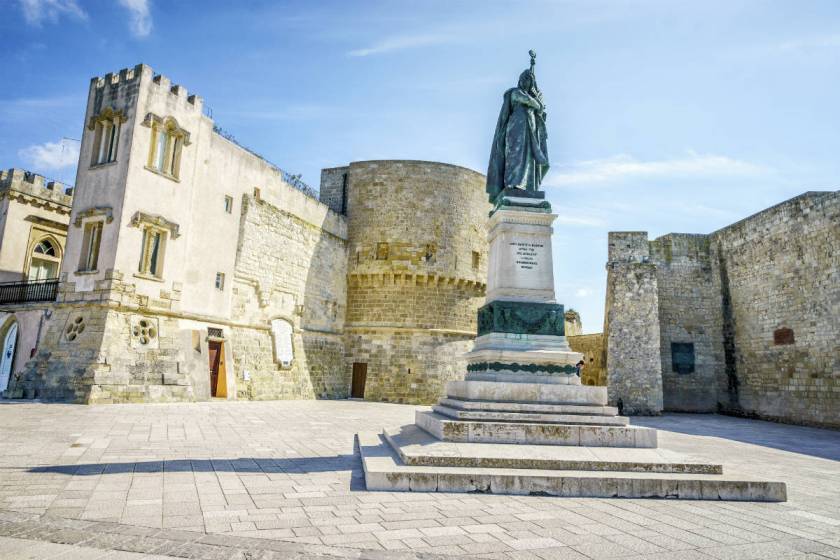 The Italy of the villages boasts a number of beautiful and captivating squares that stand out for their regional typicality and for the leap of historicity that they still tell. There are some of these that are really special and deserve an honorable mention because to visit absolutely.

Otranto: Basilica square in the historical center of the city
In the spectacular square of the Basilica, one of the most charming and magical places in the historic center of Otranto, stands the city's Cathedral, which boasts three naves and fourteen columns, all made of granite. A structure that has an immense majesty, it is a building dating back to Roman times and consecrated in 1088. The square, which takes its name from the presence of the Basilica, is certainly the heart of the village. To get to the square is even more characteristic to walk along Corso Garibaldi, one of the main streets, where in addition to stores you can see many historical structures that still date back to Byzantine times. 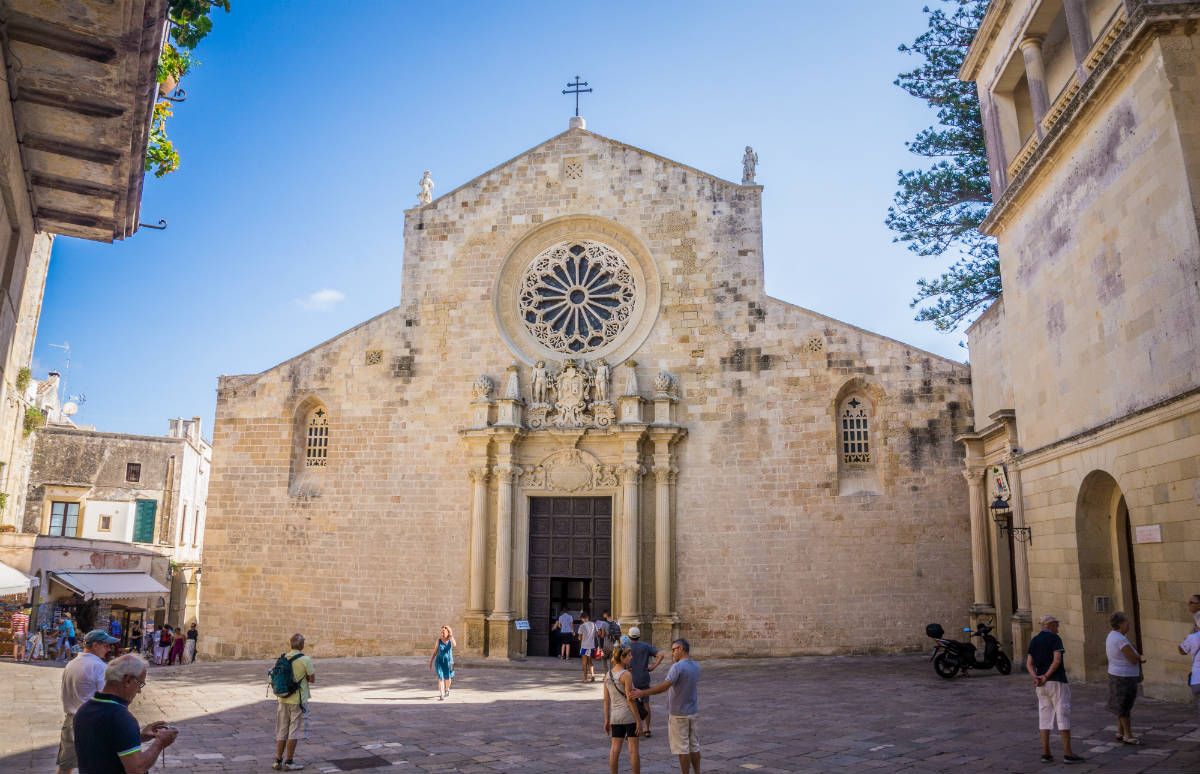 Castro dei Volsci: all the frenzy of Piazza IV Novembre
Castro dei Volsci is one of the most characteristic villages in Italy, located in the province of Frosinone, which gave birth to Nino Manfredi. One of the most memorable squares of this place is Piazza IV Novembre that testifies all the life of this town that, although small, has nothing to envy. From here you can admire all its antiquity, the narrow streets that stand out along the city, even old shopkeepers who carry on the craft work and especially the big events that are always organized on some special occasions. In the month of December in the square comes to life the Living Nativity scene, one of the most famous and heartfelt traditions, where all citizens wear historical clothes and parade. Then again the International Short Film Festival and the Carnival of Folklore. 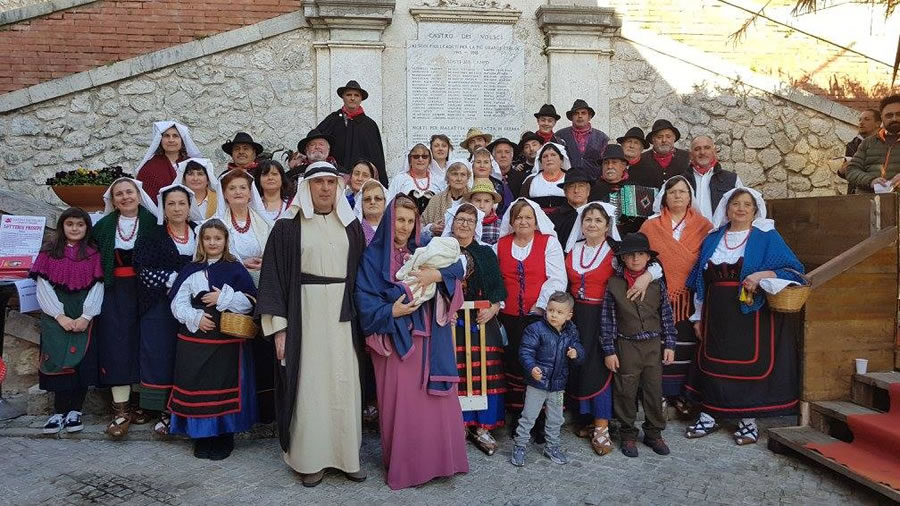 Piazza Civica, the Spanish heart of Alghero
Piazza Civica is the most beautiful and famous square in Alghero, an incredible place full of many events. In summertime it seems to be in a postcard, so much so that it has been recognized as the Italian Barcelona. Alghero in the Christmas period becomes even more beautiful, however, the sailboats are placed and decorated in the square and then put on display among lights and festoons. The square, with its rectangular shape, is also ideal for those who want to do some shopping, as it has many small stores and a countless number of kiosks and restaurants. 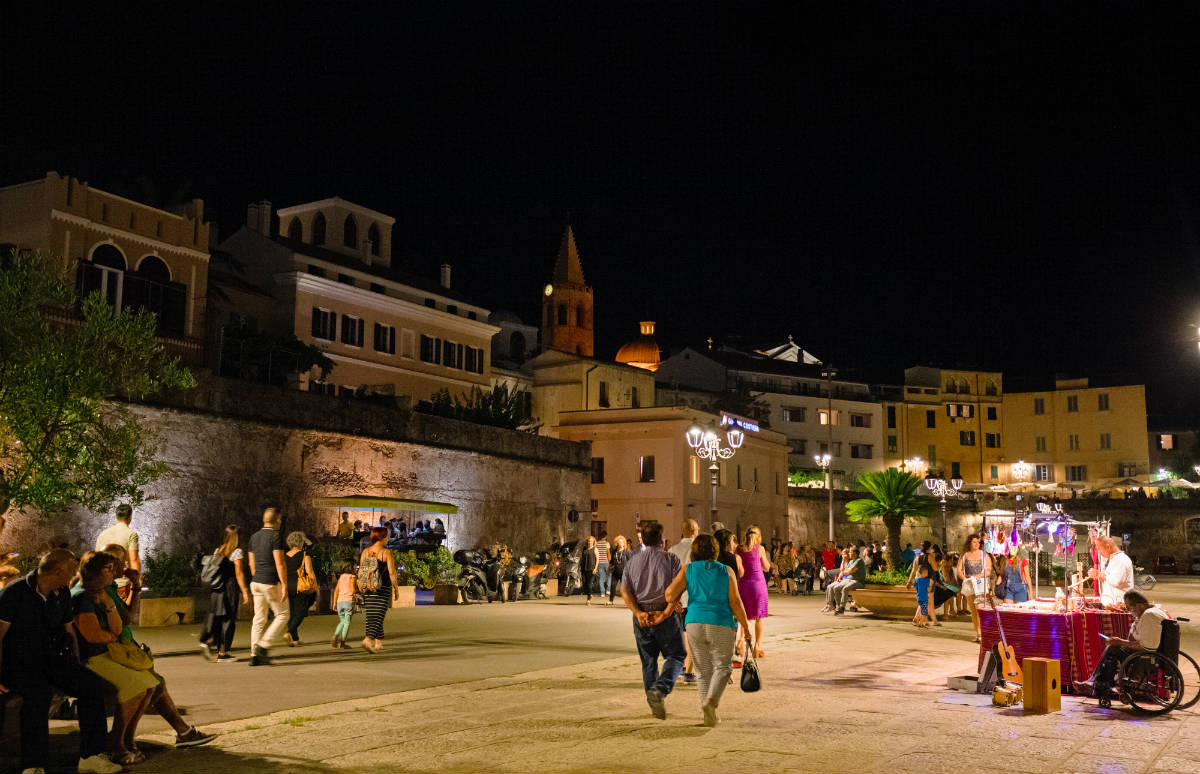 Piazza dell'Unità, a story to tell
Right in the heart of Gradisca d'Isonzo stands Piazzale dell'Unità d'Italia, this is characterized by a great historicity that brings out all the beauty and importance of this village. You can admire the historic buildings but also many monuments. In the center of the square stands the Monument to the Redemption and in front of it there is the New Municipal Theatre. To see in the seat also the Torriani Palace, reference point of the entire city and still today a historical monument of great value.
The column is characterized by a series of bas-reliefs and above is the statue of a bronze lion. The whole square is surrounded by walls, in fact, once the village was a fifteenth-century fortress. Today you can still perceive that importance and historicity that characterize it. However, there is no lack of refreshment points and small stores that follow one another along all the main streets that start and finish right in the central square of the village.

A plunge into the singular beauty of the Abruzz...
The charm of the Nuraghi: the symbol of the his...
The 5 most fascinating caves in Italy
More...