From Cavo to Cavo, an itinerary along the coasts and inhabited centers of the most important island in Tuscany 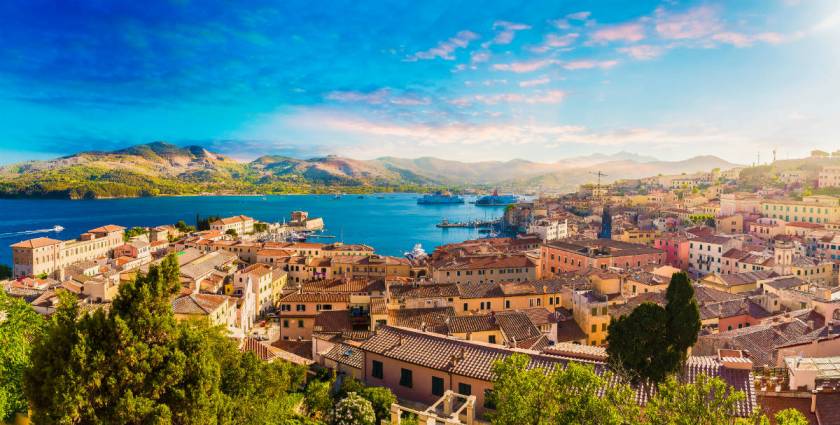 Our journey to discover the wonders of the Island of Elba starts from Piombino, where we will embark on a ferry going to Cavo, the most north-eastern port of the island. The crossing takes just over 40 minutes, during which we will be able to review the route that will lead us from Cavo to the most spectacular coastal roads of the island, giving us maritime landscapes of rare beauty. The route chosen will not be the fastest. At times it will be the slowest but it will allow us to touch corners of much of the perimeter of the island. So pay attention to directions and road changes ... We don't want to get lost. 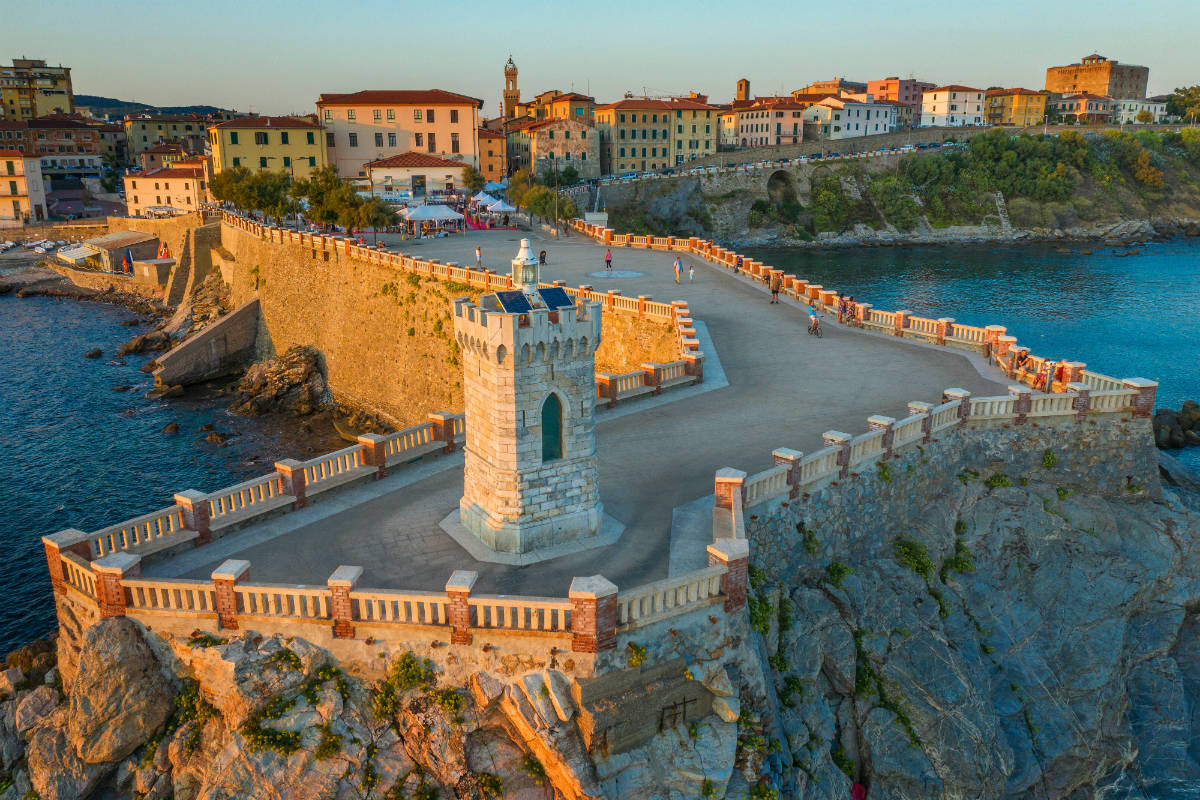 After arriving at Cavo we take the SP33 towards Rio nell'Elba to continue towards Nisporto, where the SP33 becomes the SP28, then towards Bagnaia. You may have guessed that we are heading to Portoferraio but before arriving we will pass through Bagnaia and along the beaches of Magazzini and Schiopparello. Apart from this final stretch, the route is mainly hilly, along a narrow road that winds through tree-lined hills and glimpses of the sea in the distance. Already from Bagnaia the road runs alongside the sea opening the horizon on the bay of Portoferraio which looks at us from the other side. We will arrive at our first destination after just under an hour's drive from Cavo. 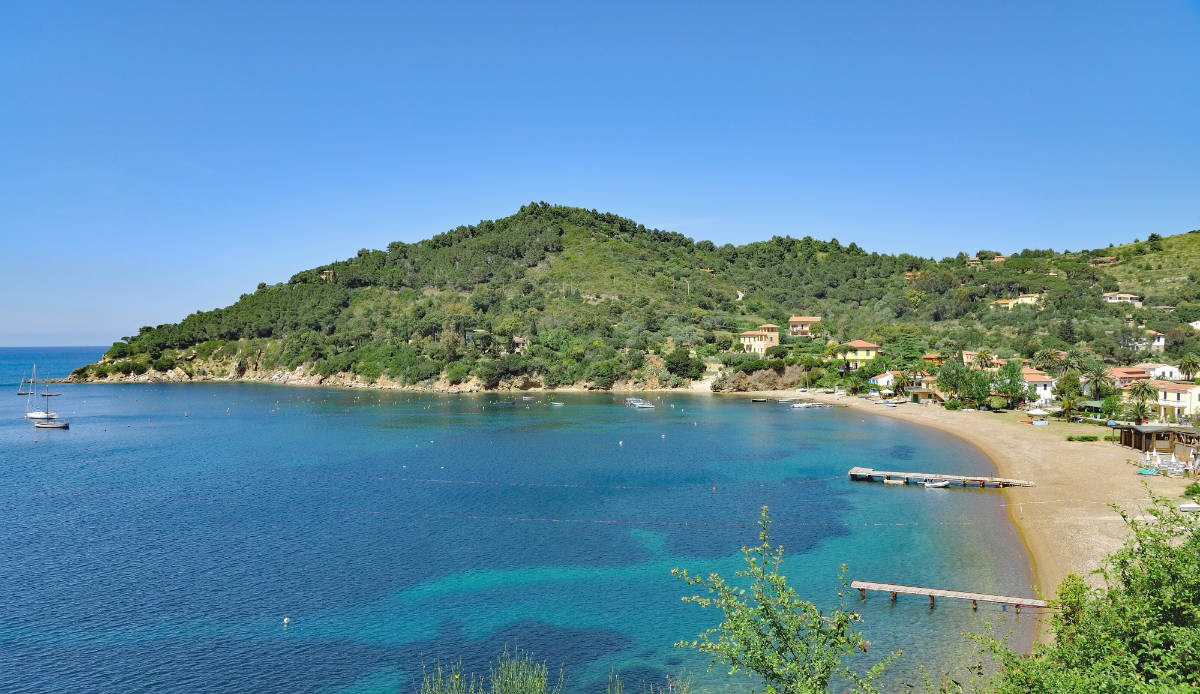 Portoferraio is the most populated municipality in the island and the second largest, not to mention that it is one of the most important ports. In Portoferrario we can stretch our legs by visiting one of the different churches, including those of San Cristino della Misericordia or that of the Santissimo Sacramento, or taking a walk in the port to the suggestive lighthouse. If dinner time is approaching, a taste of stockfish alla riese, a sought after local delicacy, perhaps accompanied by an Elba Bianco, naturally DOC. 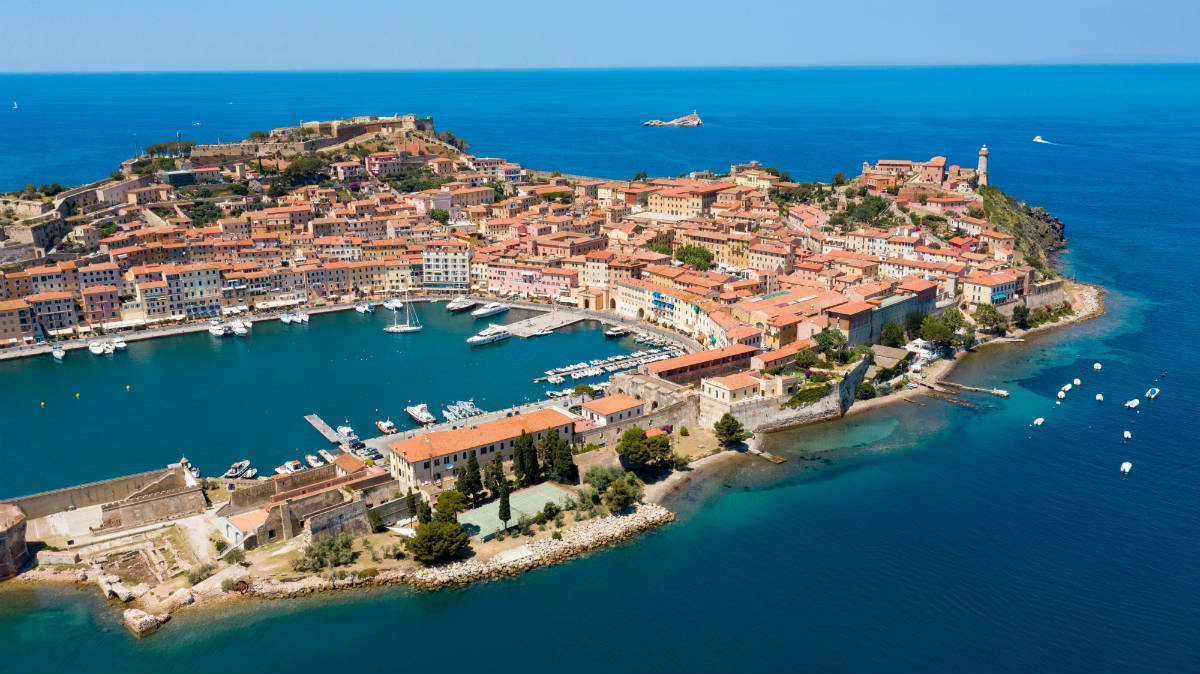 The second stage of our itinerary is one of the most evocative villages on the Island of Elba and it will only take about twenty minutes to get there. We are talking about Marciana Marina. All by car and away, on the SP24, cutting through the hills along a gentle journey embellished with different landscapes on the sea and small towns! Like Procchio, a charming maritime center with its beaches that will accompany us to their destination. Along the way we will be able to admire the Pauline Island, an islet so called in honor of Paolina Bonaparte. 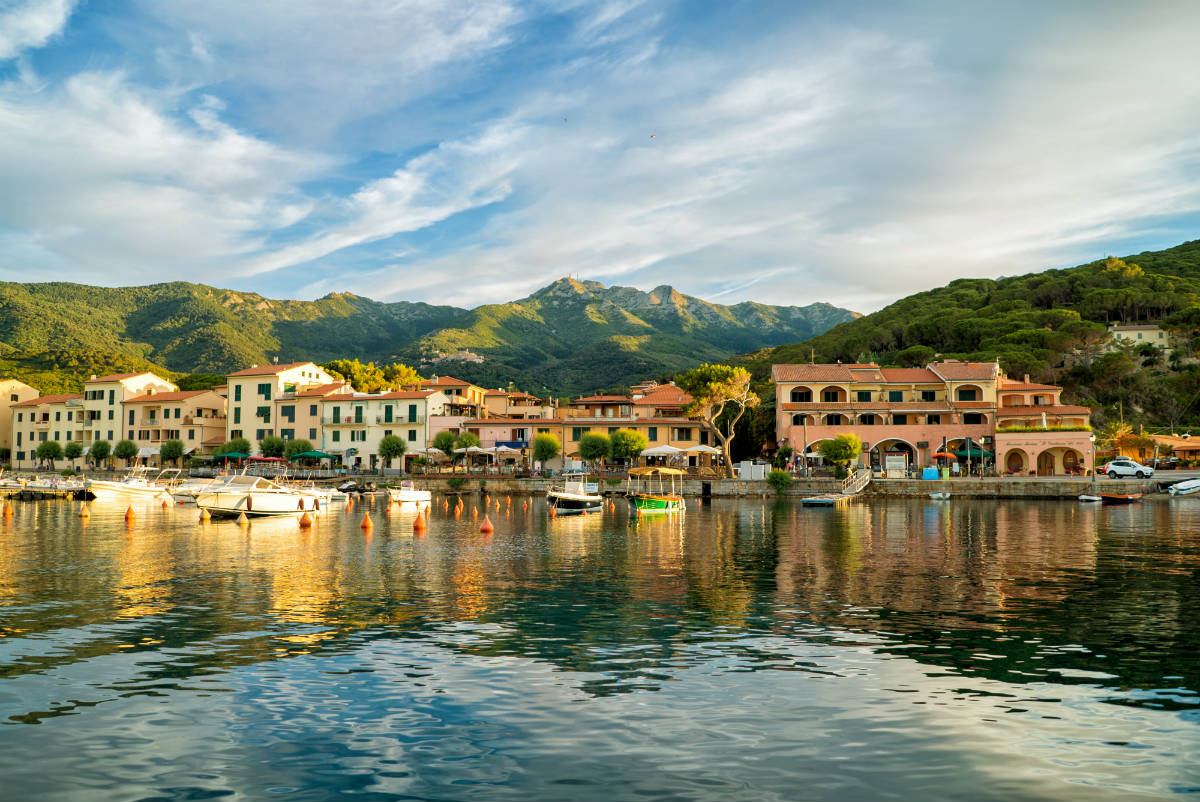 One of the smallest villages in Tuscany, Marciana Marina, is a picturesque place, with its colorful houses, in contrast with the intense blue of the sea, it is the typical postcard landscape. A visit to the Torre deli Appiani, near the marina, or a walk to the belvedere is inevitable. Here we can taste the typical pasta and bean soup or, of course, the delicious local fish. 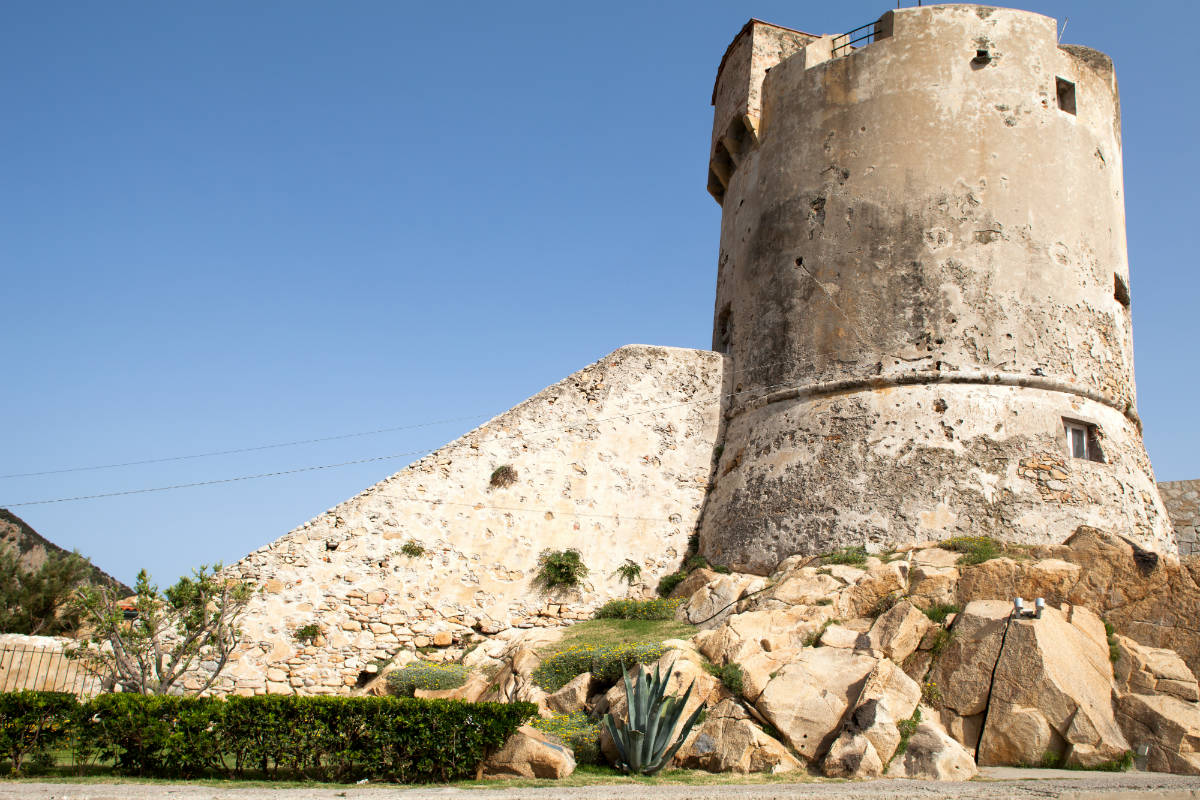 From Marciana Marina we will continue our journey, on the SP25 along the west coast, to reach Marina di campo, on the opposite side of the island: just over an hour by road but what road! First of all we will have to climb the hills to Marciana, to make a stop at the village and enjoy a breathtaking view that opens onto the valley to Marciana Marittima and beyond. Continuing on the SP25 we will re-meet the coast only in Aia. From here, up to Marina di Campo, it will be a succession of maritime landscapes, small towns and beaches. Like Pratesi, Pomonte, Fetovaia, Secchetti, colorful places overlooking the sea, each with its own particularities. Among the natural beauties, before Marina di Campo, the beautiful beaches of Cavoli or Colle Palombaia. Always along the road we will pass the spectacular blue cave which we will be able to access thanks to one of the guided tours by sea from Marina di Campo. 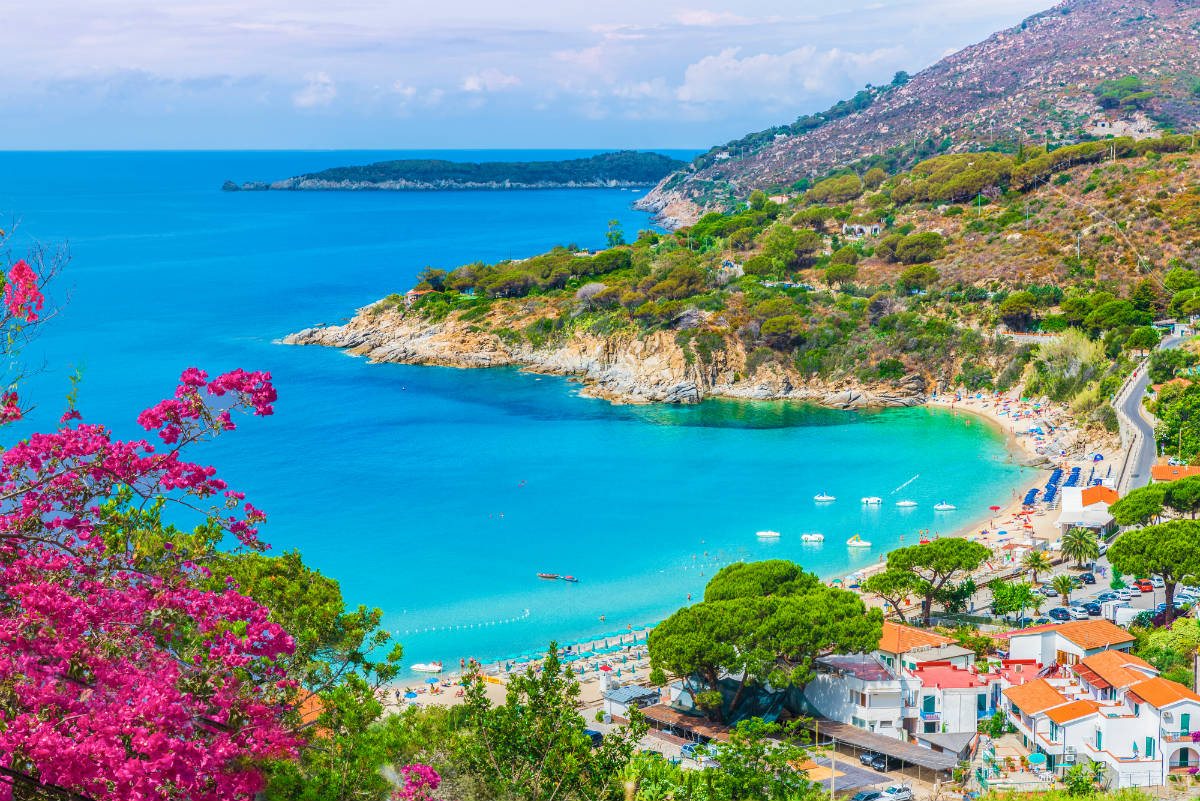 Here we are in Marina di Campo, the main town of Campo nell'Elba. Center characterized by colorful houses, a crystal clear sea, an uncontaminated surrounding nature, splendid beaches and an important tourist port, Marina di Campo is an extremely interesting place to visit. Among the architectural wonders, there are the Tower of Marina di Campo and the church of San Mamiliano, beauties around which the town called Port'i Campo was built, as well as Palazzo della Specola, Forte Teglia and the church of Sant ' Ilario. Hunger? It's time to taste the Gurguglione, typical local vegetable stew, or the classic caciucchi or cuttlefish ink risotto. 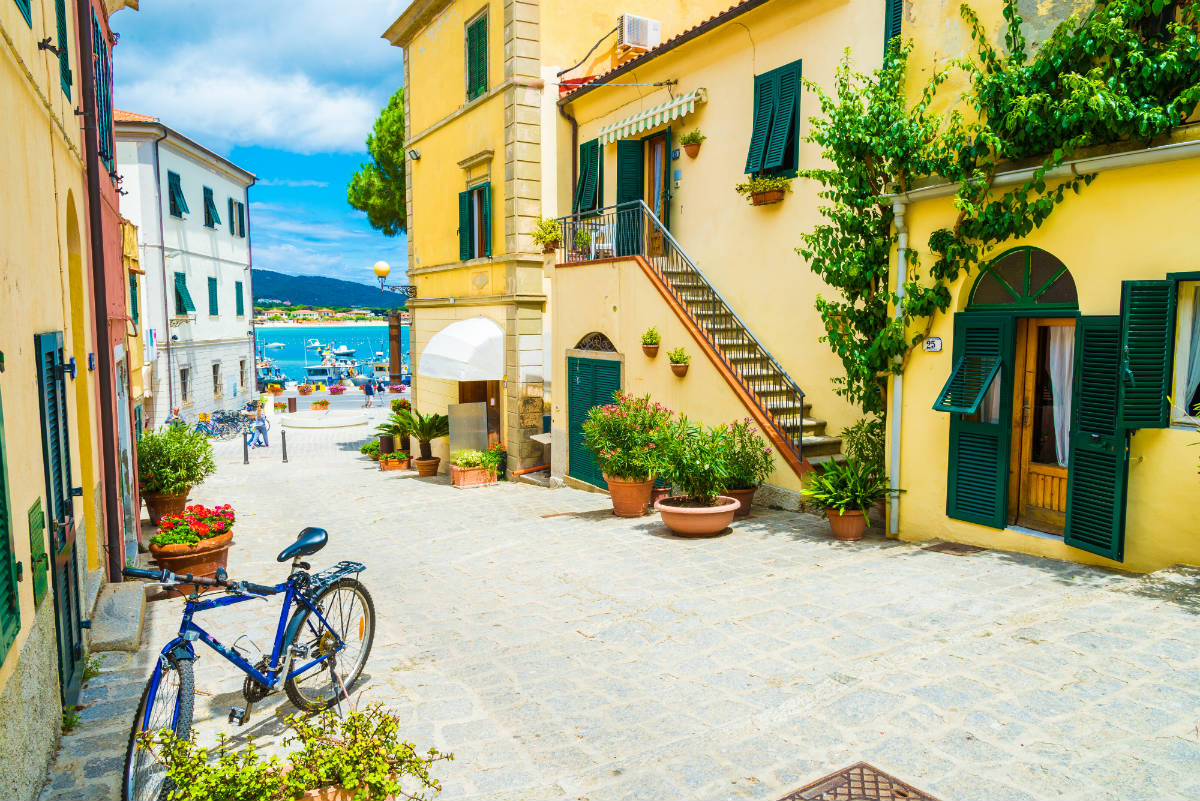 We say goodbye to Marina di Campo to get back on the road and return to Cavo, where our ferry awaits us, but we want to take it easy and take the longest way to stay as long as possible along the coast of this amazing Tuscan island. Saying "longer" is a big word, the route, without stops, will last just over an hour. The road is the SP30 which will cut along the hills east of Marina di Campo to Lacona, with its beautiful beach. From Lacona we will continue to Campo Ai Peri where we will divert onto the SP26 to reach Porto Azzurro, a spectacular small seaside resort. We continue on the SP26 through the hills until we reach Rio Marina, a colorful town with one of the most important ports on the island. Before reaching Cavo we will pass near Cala Seregola beach where we can take a last swim before reaching our destination. 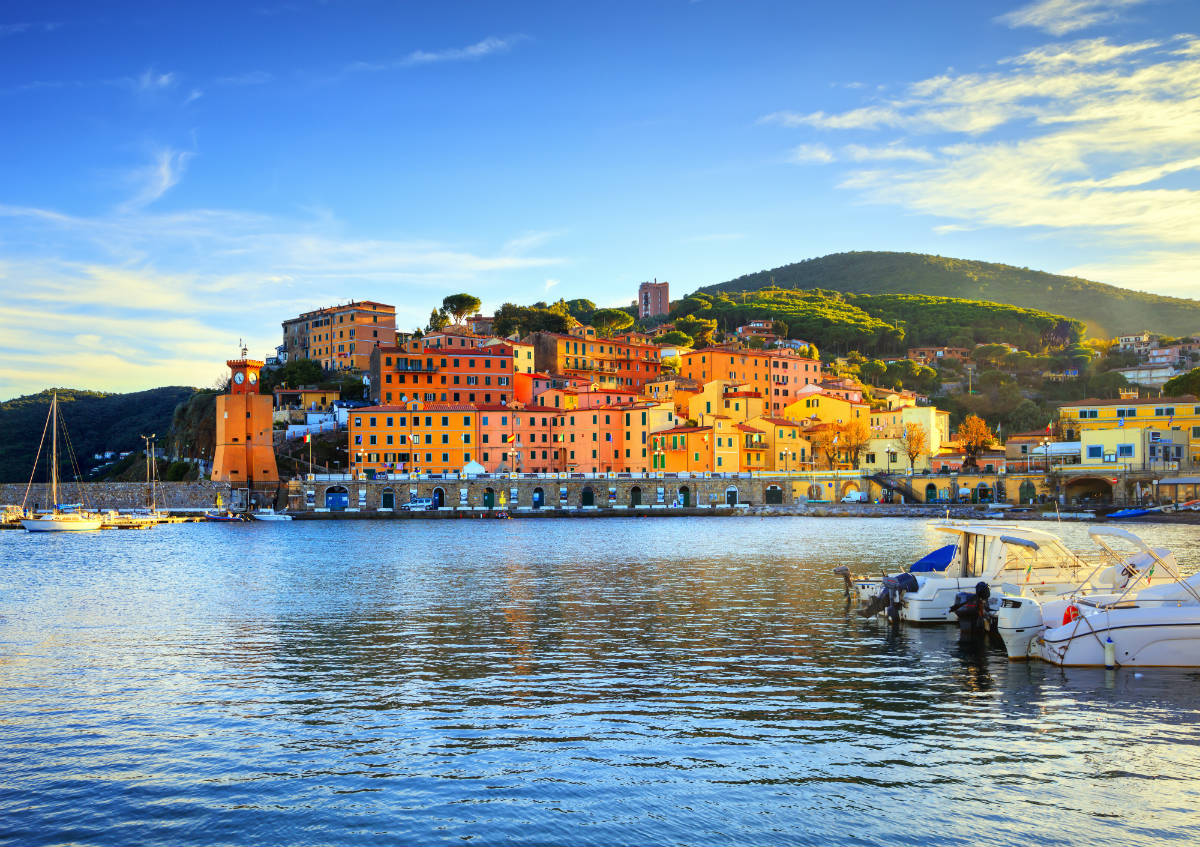 To want to see, in three and a half hours you make the tour of the Island of Elba, but, as already mentioned, we want to take it easy, allowing us to be fascinated by its landscapes, to taste its delicacies, to visit its inhabited centers and its architectural and natural wonders. It will be an unforgettable experience. An experience that can begin by looking for the right ferry on the Elba ferries website ... and then, go!

What to see in Marciana Marina

Appiani's Tower
More...
are you an Italian villages lover?
Join our Community
and share you experiences!