The Cammino dei Borghi Silenti: a route through nature, art and history in Umbria

A route through the less touristy but no less enchanting part of Umbria, where everything is enveloped in a rarefied and silent atmosphere. 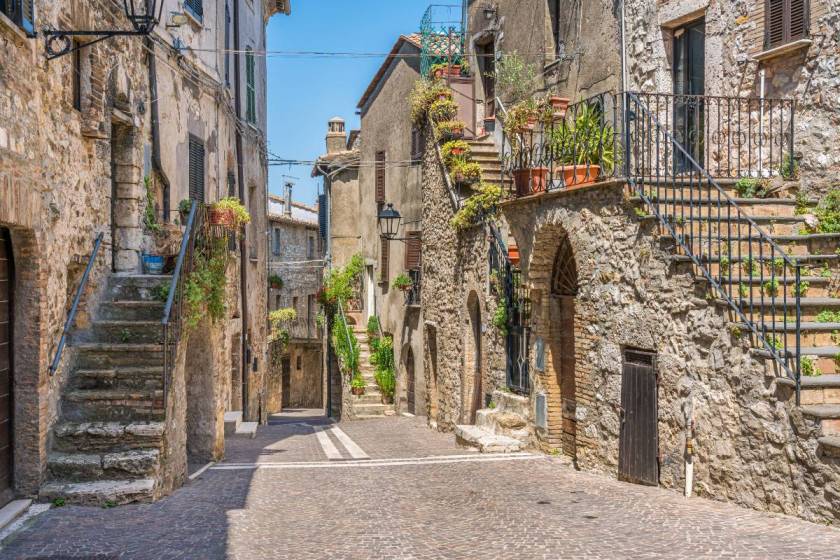 It is the land of Saint Clare, Saint Francis and Pinturicchio, of picturesque medieval villages and naturalistic areas such as the Monti Sibillini National Park: this is Umbria, a lush land that represents Italy's green lung and provides the backdrop for routes that allow everyone to discover the region's most authentic and unspoilt soul. The Cammino dei Borghi Silenti is among these. It is a route that crosses the less touristy but no less enchanting part of Umbria, where everything is enveloped in a rarefied and silent atmosphere that brings to mind times gone by.

"Towards the Enchanted Valley" takes us to "Infiniti Orizzonti".

The Cammino dei Borghi Silenti is in fact a ring-route that, for about 91 km, starts from the village of Tenaglie and returns to it: it crosses the slopes of the Amerini Mountains, in south-west Umbria, an area set between the Tiber and Nera rivers. It winds its way through holm oak, hornbeam, maple, oak and chestnut groves along mountain paths, dirt tracks and small paved sections, in the shadow of the 1000 metre-high Croce di Serra. Yellow signs guide walkers along the way, who will find water sources and accommodation for all needs, not to mention the presence of camping areas for those who want to be more in touch with nature.
There are five stages of the Cammino dei Borghi Silenti (Silent Villages Trail), the first of which starts in the village of Tenaglie and arrives in Melezzole, passing through Toscolano.
In Tenaglie, it is worth visiting the Antiquarium Comunale di Tenaglie, rich in artefacts from the Necropolis of San Lorenzo, including swords, pottery, rings and fibulae, as well as the 14th-century Church of San Giovanni Battista, which houses a 16th-century baptismal font and a 17th-century altarpiece depicting the Madonna del Rosario. 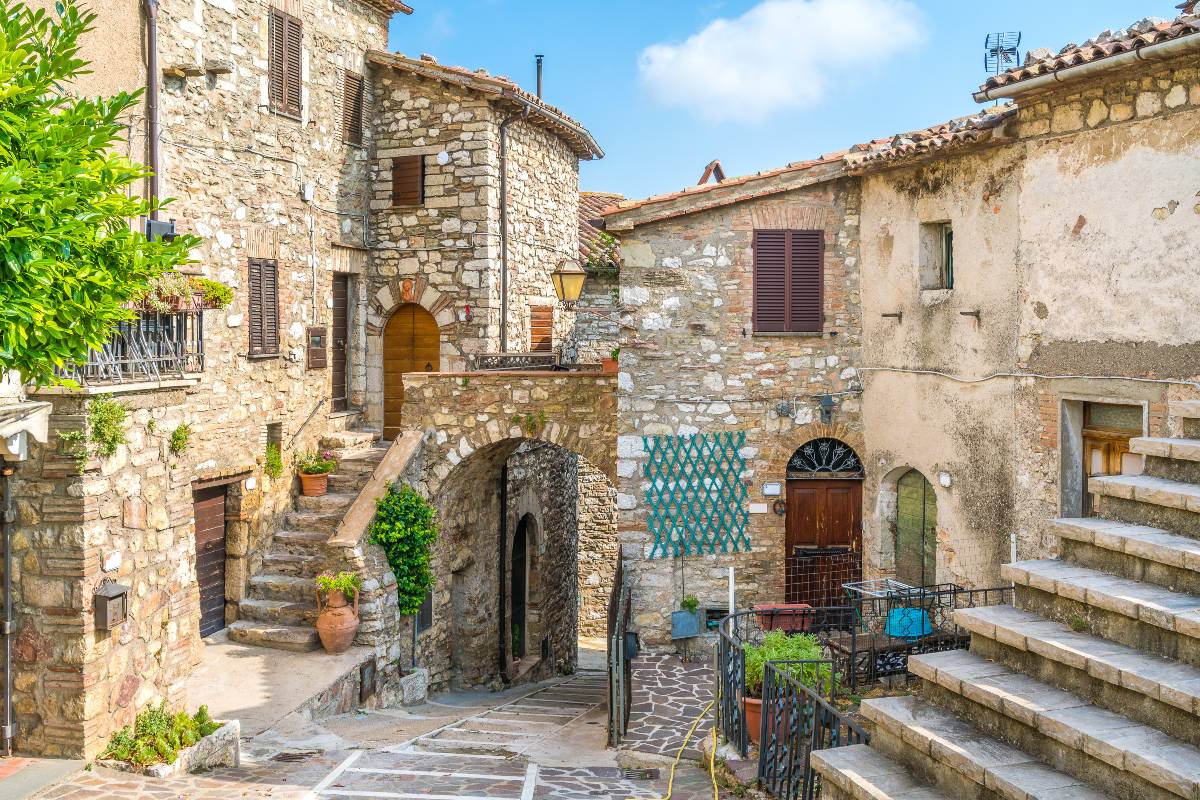 The first stage, called "Verso la Valle Incantata" (Towards the Enchanted Valley), passes through the Castle of Poggio Vecchio, dating back to the 8th century, which also hosted Lucrezia Borgia, and through the village of Guardea, until reaching Santa Restituita. This village, which houses the "Centre of Chestnut Civilization" also dedicated to the rural civilization of the past, is located a stone's throw from Grotta Bella, where Neolithic pottery artefacts have been found among stalagmites and stalactites.
The second stage, called "Infiniti Orizzonti", reaches the village of Morre da Melezzole, with an unmissable stop at the Church of San Vitale located just outside Melezzole itself and decorated with beautiful 16th-century frescoes. 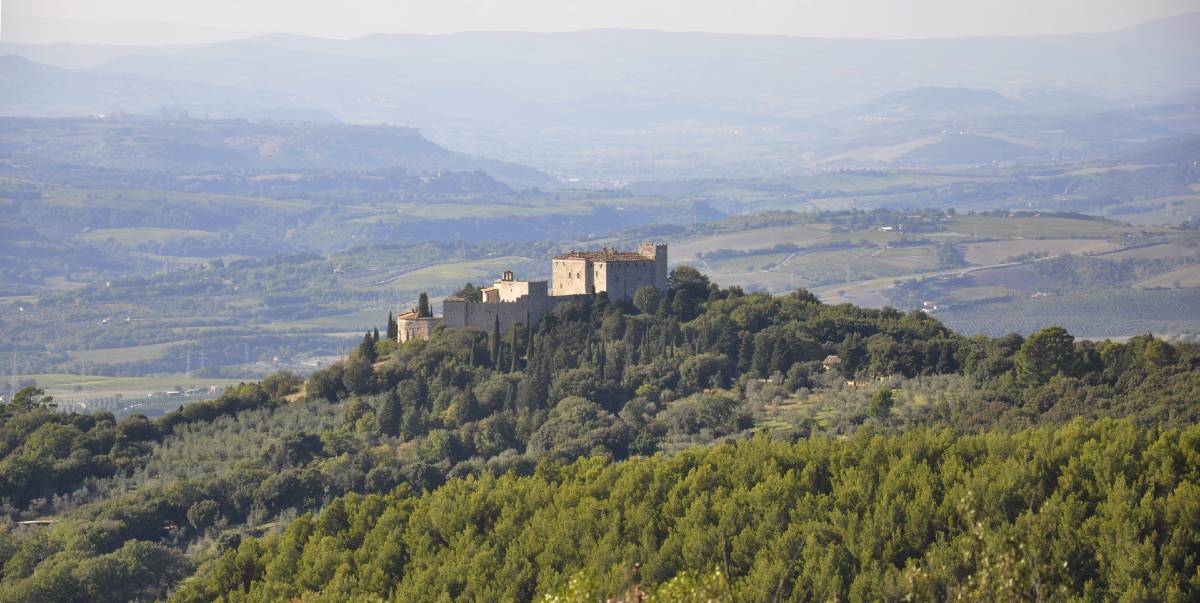 From Civitella del Lago to Baschi

The third stage, nicknamed "Torment and Ecstasy", links Morre to Civitella del Lago, passing through the tiny villages of Collelungo and Acqualoreto, but above all the evocative Hermitage of the Pasquarella. This sanctuary dating back to the year 1000 is said to have been founded by San Romualdo: it is the only one that has remained almost intact among the Camaldolese convents built on the banks of the Tiber. Not far from the Hermitage are the Forello Gorges, carved out over the centuries by the erosive work of the Tiber River: it is said that these gorges were a tough obstacle even for Hannibal on his descent to conquer Rome.
The third stage also passes through Scoppieto and its archaeological area, where the remains of a sanctuary dating back to the 4th century BC are evident, on which a pottery workshop was built in the 1st century BC, where oil lamps, bricks and especially coral-coloured bowls, glasses and cups were produced. 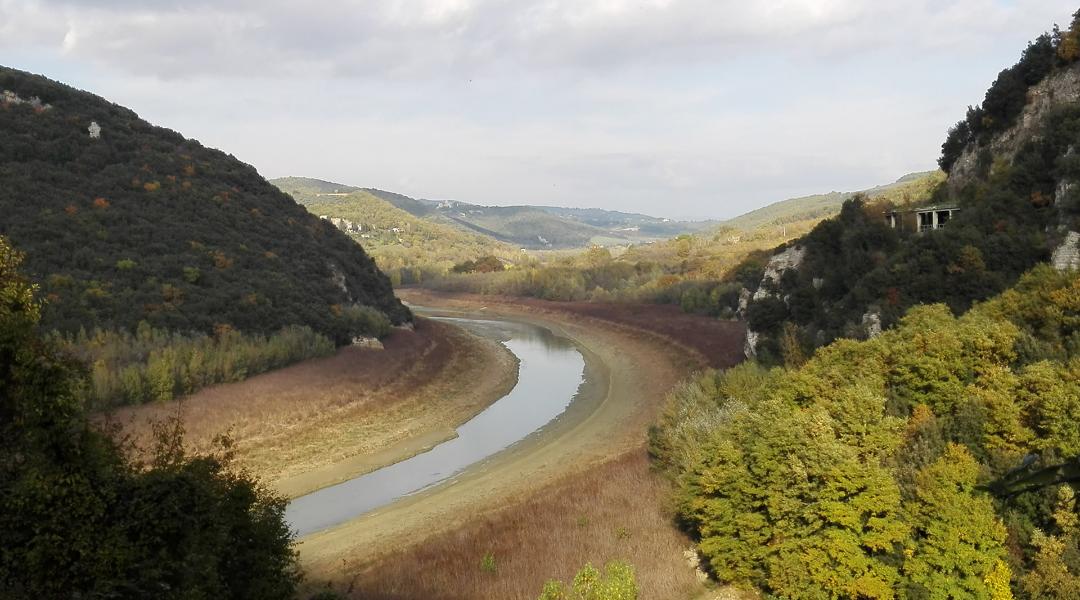 Arriving at Civitella del Lago, you can enjoy the most beautiful view of the Cammino dei Borghi Silenti, catching sight of the artificial lake of Corbara, the Orvieto Hills, Monte Peglia and, on clear days, even Civita di Bagnoregio. In the village of Civitella del Lago there is a curious Ovoteca, a museum dedicated to painted eggs, a legacy of the typically Easter tradition of painting eggs.
The fourth stage of the route is called "I Sentieri di Bacco" (Bacchus' Paths) and links Civitella del Lago to Baschi, a picturesque village with houses and narrow alleys called "buchi" (holes), the Antiquarium rich in artefacts from the archaeological area of Scoppieto and the 16th-century Church of San Nicolò, which houses a 15th-century polyptych by Giovanni di Paolo.
The fifth and final stage, called "Le Colline del Sale" (Salt Hills), returns to Tenaglie via Montecchio, where it is advisable to stop at the "Bottega dell'Intreccio" (weaving workshop): also worth visiting are the Necropolis of San Lorenzo where, amidst gorges eroded by watercourses, there are tombs dating from the VII-IV BC, evidence of the existence of an ancient city on the Tiber banks. 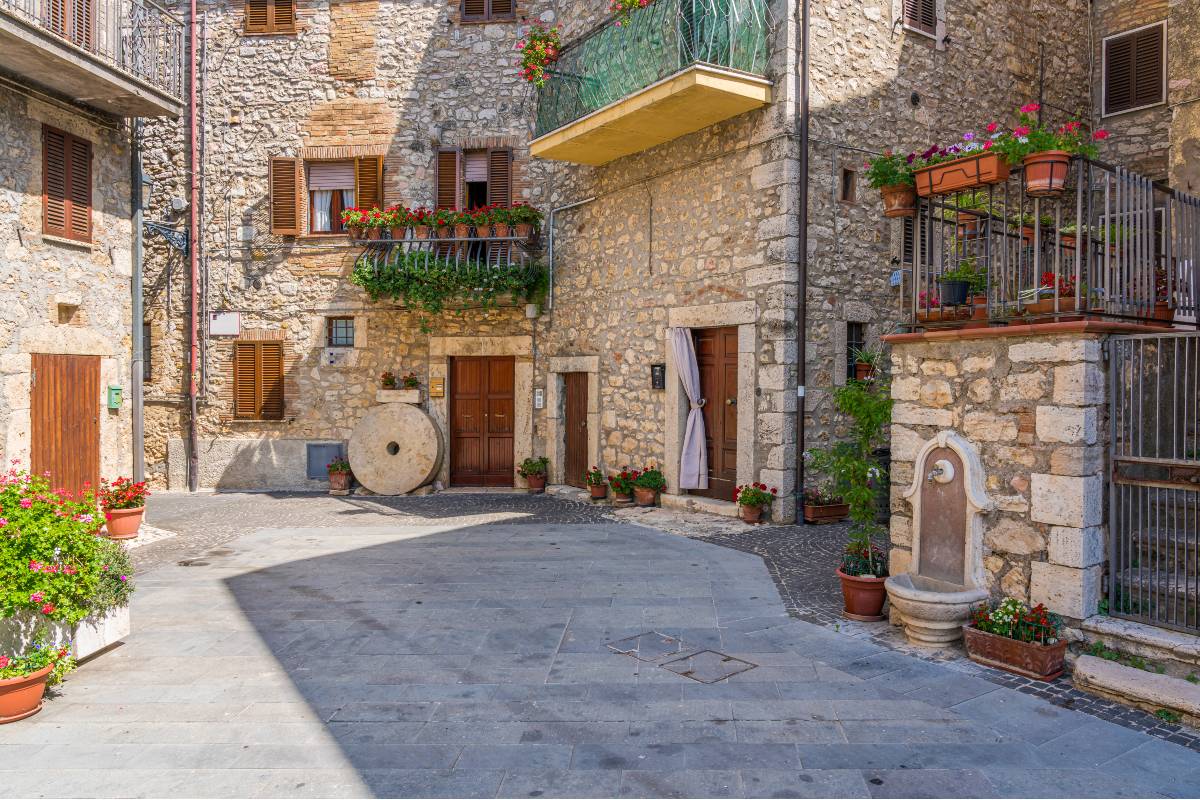 Discovering Sardinia with the 100 Towers Walk
Where to collect chestnuts in Lombardy?
The Way of Etruria: from Volterra to Chiusi, 12...
More...