The legend of Aloisa, the ghost of lovers in the village of Grazzano Visconti

An enchanted place, rebuilt like a movie set, and its ghost, protector of pure love 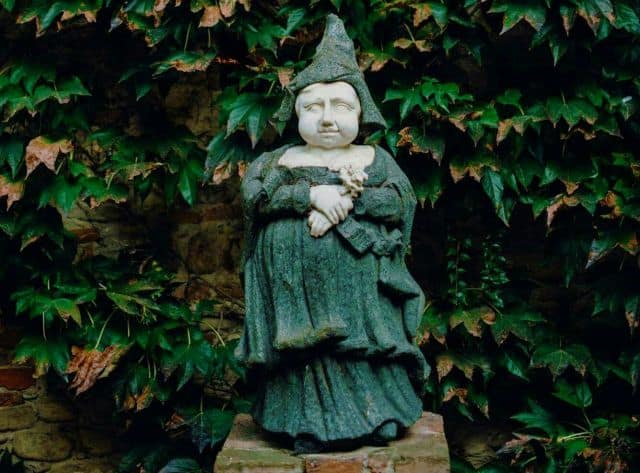 What a province Piacenza is! The villages of Bobbio, Castell'Arquato or Vigoleno were not enough to make it unique in its kind, so medieval and so representative, the legends of the Devil's bridge were not enough or that of San Giorgio to wrap these little centers in the mystery, it was not enough the sweet taste of the bargnolino to delight our palates... no, they were not enough.

Just south of this capital is a village that is actually an "artistic fake" but that in its context has everything to be considered a real medieval village. I'm talking about Grazzano Visconti, a village restored to its fourteenth-century splendor by Giuseppe Visconti di Modrone with the collaboration of the architect Alfredo Campanini and Gabriele D'Annunzio.

Father of the famous director Luchino Visconti (La terra trema, Senso, Rocco and his brothers, Il Gattopardo, etc ...), Giuseppe Visconti, who not by chance seems to have made this village the set of a cinematographic representation, was not alone a visionary genius, whose feat of construction of the neo-medieval village of Grazzano meant that King Vittorio Emanuele III appointed him duke and added his surname to the name of the Piacenza village, but it also seems to have been a decent medium.

Perhaps only a man of such genius was ready to listen and put, black and white, the features of the protagonist of this place. Perhaps only a man who had seen beyond those ruins plundered over the centuries by peasants could understand Aloisa's message.

It was in a moment of trance when Giuseppe listened and saw her. Bassina, plump, with a little prosperous womb and folded arms (this is also recognized in the statues around the village), Aloisa presented herself to the duke with her sad story of a woman betrayed by her husband, a captain of the local militia, and died out of jealousy. A broken heart with a great spirit ... a spirit still alive that wanders between the rooms of the castle and among the plants of the vast garden, annoyed by the jokes of an ephemeral love.

In addition to local folklore, there are several testimonies that confirm the existence of Aloisa's ghost. First, several couples were "disturbed" in their sleep during their stay in the castle, with slaps and other jokes. Then a journalist from a local newspaper, who after recording several interviews noticed that only the flattering ones towards the ghost remained on the tape. Then a reporter from a television station, who managed to photograph Aloisa's statue only after giving her a gift of a conversation.

It seems, in fact, that in order to grace the spirit of Aloisa, and not to incur in her spite, it is necessary to give her a necklace, some jewels, or bring her respect or consolation ... to her who had no luck in love.

Aloisa has over time become the protector of pure love in the village of Grazzano Visconti, a sort of Valentine's Day skirt, able to bring love to those who ask her for help and to watch over true, indissoluble feelings ... those of true lovers .

Of course there are the gossips that speak of "publicity stunt" but walking in the village, listening to the locals about it, and noting the necklaces on the statues dedicated to her, one pervades oneself with her presence, benevolent and at times irritated. Definitely a spirit that bodes well ... surely a place to visit remains fascinated.

During his spiritual encounter with Duke Giuseppe, Aloisa said: "I am Aloisa and I bring Love and perfume to the beautiful women who give their smile to Grazzano Visconti".