The mysterious coral castle of Miami

A mysterious complex built in secret by one man, to be able to regain his beloved. 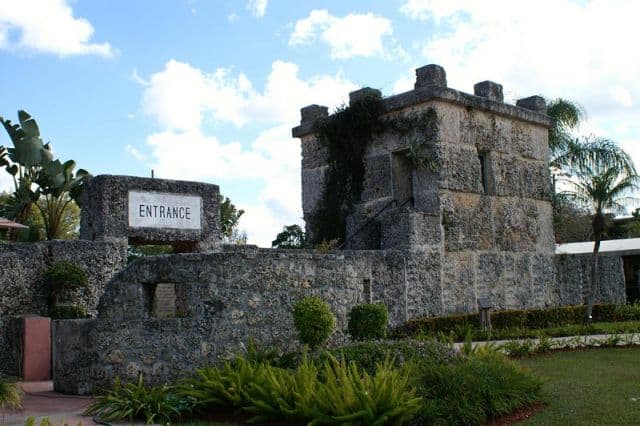 Just outside of Miami (Florida), exactly at Homestead, you can admire a curious park out of time, where the main character is limestone or coral. The Coral Castle was built by the sculptor Edward Leedskalnin, between 1923 and 1951, the year of his death. 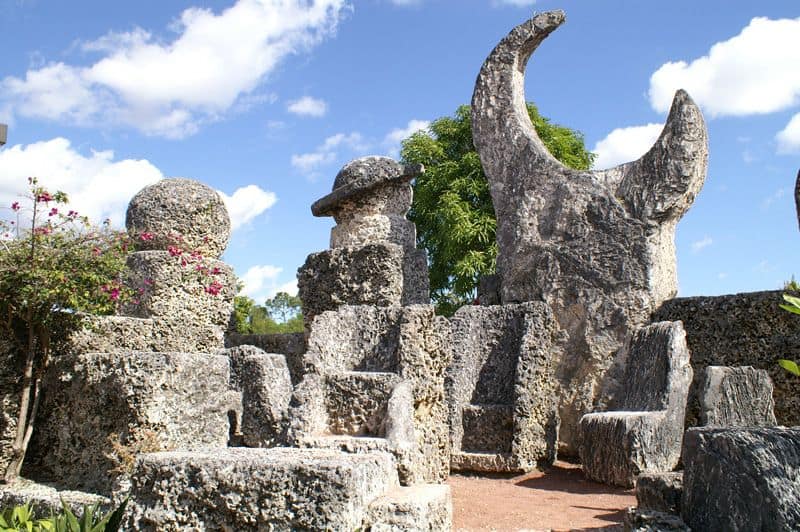 The structure, made entirely of coral that is estimated to weigh about 1100 tons, was worked and sculpted in solitary by the artist, in secret, working only at night. Even today engineers and experts wonder how he managed to move, cut and sculpt the blocks of rock (the largest reaches over 30 tons of weight) completely alone, since it was anything but a muscle man, considering also that in the area the coral veins can be 4000 feet thick (1219 meters). 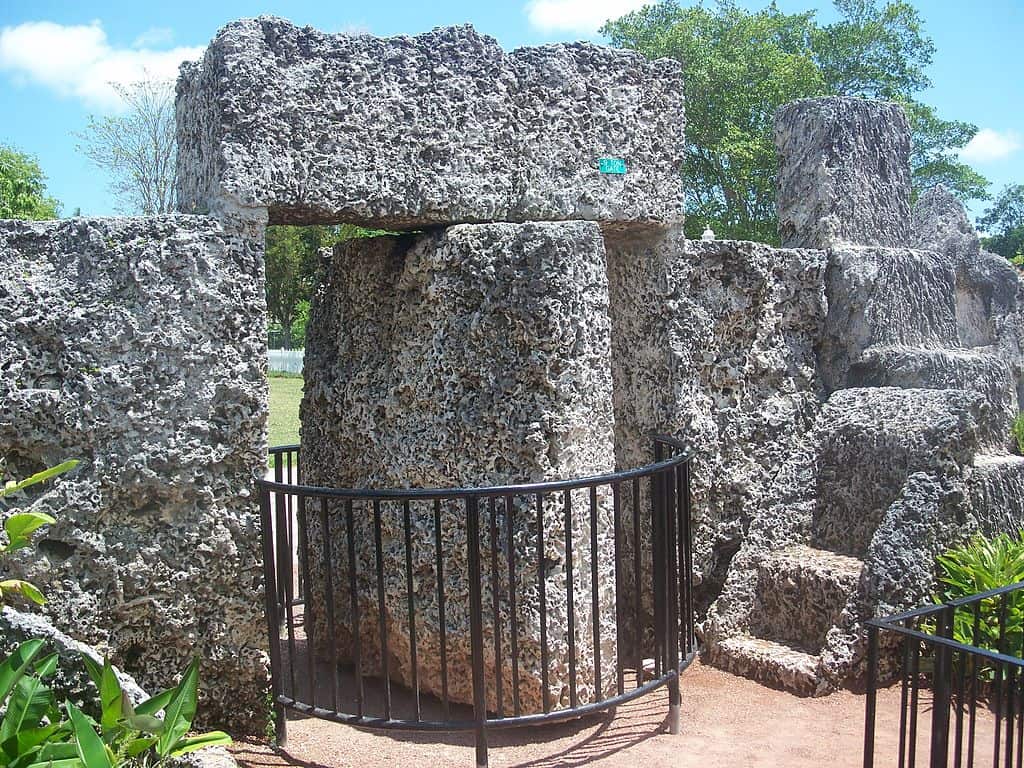 Not only that, Leedskalnin had barely past the fourth grade, but his inventiveness and genius allowed him, throughout his life, to build several noteworthy objects, including a 9-ton rotating door so well balanced to be move with a finger. Indeed, there are those who speak of mysterious forces and strange magnetism that the sculptor used for the construction of the castle, part of which still habitable, which was for years his home. 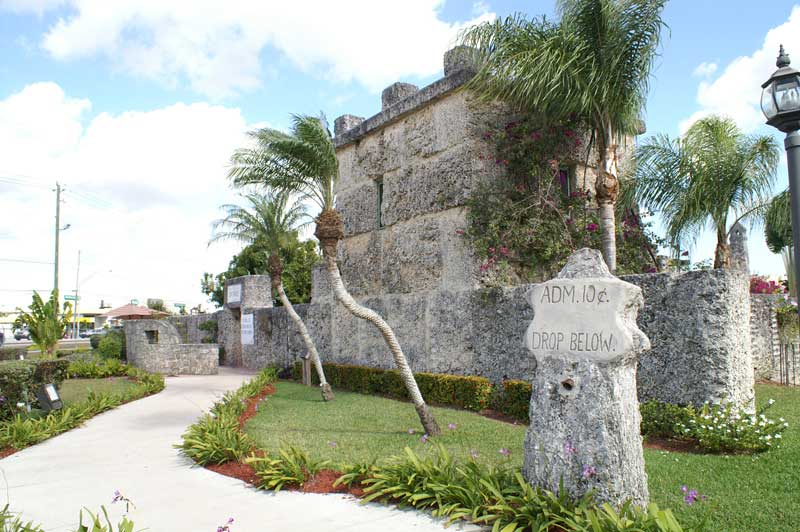 What prompted this curious character, of Latvian orgini, to sculpt an entire castle by himself?
Love.

Leedskalnin was 26 when he became engaged to Agnes Scuff, her sweet-sixteen, exactly ten years younger than him. The two had to get married, but the day before the wedding Agnes left him. Crowded of pain, Edward decided to erect the castle, demonstrating his love for her, hoping in this way that she would change her mind and come back with him. Unfortunately none of this happened and Edward remained alone inside his imposing castle. 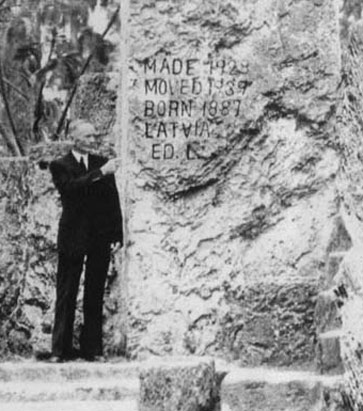 At this point it remains to be asked: why such a story deserves to be told on these pages? Perhaps the link lies in the almost chivalrous love that gives Edward, a bizarre contemporary knight strong and proud, the strength and determination to build, with his own hands, an entire village for his beloved. Perhaps the memory of distant Latvia, with its landscape made of castles and small villages, led him to recreate in Florida a bit of that magic, convinced that it could sweeten the heart of Agnes.

A story certainly incredible, if you even think that in the middle of the work, Edward decided to move part of the castle 10 miles from Florida City to Homestead, and that only for the "move" it took him about 10 years, only helped by a friend and his truck. Even more incredible were the artist's explanations to the questions of the curious about how he could, by himself, move and raise those huge blocks of coral. "I know how the pyramids were built," replied Edward hermetically. 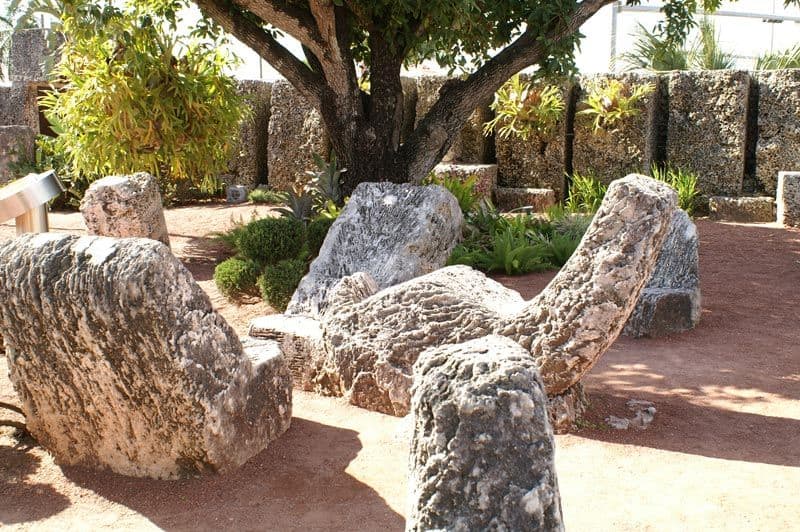 Throughout his life he lived and sculpted his park-castle, initially called Rock Gate Park, enriching it with megalithic walls, a solar quadrant, a telescope pointed at the North Star, an obelisk, a well, a barbeque, a fountain, chairs working rocking tables, tables that reproduce the Earth and Florida, some beds, a throne and other sculptures ... all made of coral. A work that however remained unfinished, despite the 28 years of work. On December 4, 1951, in fact, Leedskalnin engraved on a castle stone the inscription "I go to the hospital", he took the bus to Jackson Memorial Hospital in Miami, where he died 3 days later.

The mystery that surrounds Coral Castle and its crazy creator, that limestone megalith hand-carved by a man only a little bizarre and left sadly alone, still fascinates anyone who wants to leave for a day the gorgeous Miami and take a ride here at Homestead . If you have not already done so, take a look at the flights to Miami for this winter, the best season to visit Florida!