A story of which little is known. Among sea, loneliness, contemplation and... gulls. 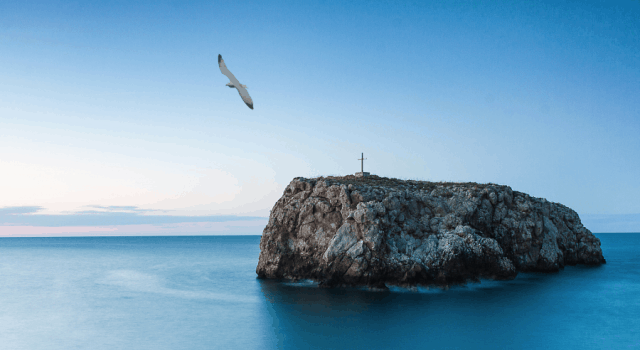 We are in the eleventh century, or maybe two or three hundred years before, there are no documents that accurately tell the story of the hermit on the island of San Paolo in Polignano a Mare. A story passed down from father to son, fishermen and believers. A story that is still today enveloped by the mystery and which, like the sea between Polignano and the small island, changes according to who tells it or who listens to it, imagining those times in such a beautiful place.

I am speaking of a man, one of the faithful who went to Puglia perhaps by divulging the gospel but of course it is known that he was a hermit. When he arrived in Polignano, the hermit saw the small island, no bigger than a big rock, with almost invisible vegetation, almost like a large boulder launched by some giants during some tournament, a large boulder about three dozen meters high against the strength of the waves, alone, just a few meters from the coast.

I think the hermit recognized himself in such a place, so much that he decide to live there. He, the rock and his solitude and contemplation.

Departing to the sea, fishermen of those times often saw the hermit on his rock trying to pray or bother with other things. Occasionally a fisherman landed on the island to bring fish or other essentials to the Hermit's survival, as the island had not that much to offer.

It was that fisherman who one day found the poor hermit dead in a island's corner.

There's who date this story in the eleventh century when a mysterious man, perhaps returning from the holy land, attracted by his beauty, decided to settle on the island. There are those who identify the man in a Basilian monk who fled from the east to the time of Lion III Isaurico, which would date the story in the seventh century after Christ.

Perhaps was the last hypothesis that would justify the construction of the Chapel of S. Antonio Abate (also hermit) by fishermen of the place in 1612 who considered the rock a place of respect and worship. A chapel dedicated to a hermit on the ground where a hermit lived. Unfortunately, the chapel became lazaret in 1837 due to a cholera epidemic that struck the area and the chapel was later destroyed for hygenic reasons.

Today, only a few local fishermen's stories, a water collecting well and an iron cross, which has nothing to do with the story I told you and was installed in 1901 by some religious on the occasion of the centenary of San Vito Martyr, patron of Polignano. 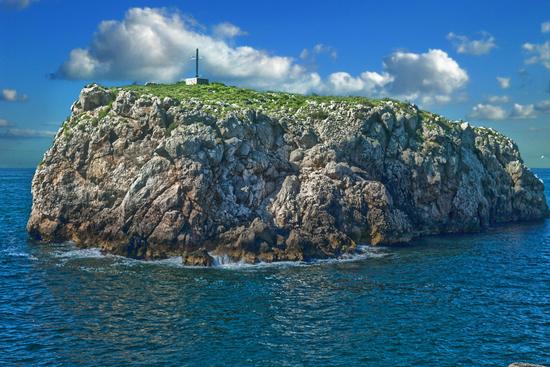 Today, the island of San Paolo or hermit island, or even the island of San Antonio, is a special protection zone as it is home to the corso gull (Larus Audonii), a beautiful and rare specimen among the most beautiful in Europe. Its slender and slim body, its small size, its coral-colored beak with a black tip and a candid white plumage... Could it be the reincarnation of the spirit of the mysterious hermit? 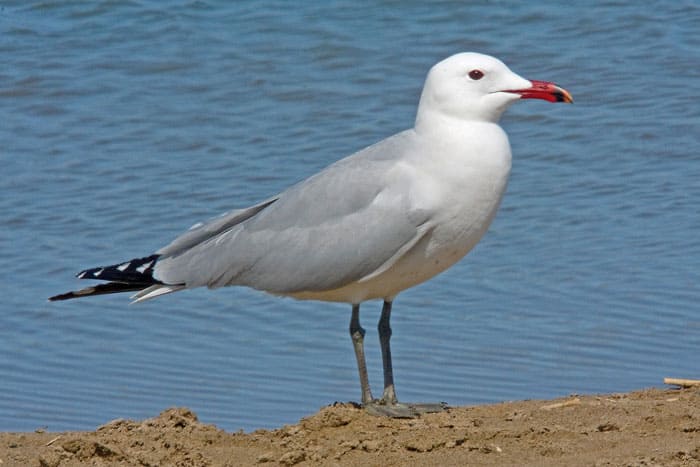 This thought evokes freedom and reflection at the same time. In my mind my gaze returns to the relaxing rhythm of the sea waves. To that rock that for centuries tells of contemplation. Desiring to go back to visit magic places like this.

Via San Vito, 149 - 70044, Polignano a Mare
Trattoria-Pizzeria Il Cuccundeo
Open at lunch and dinner, this trattoria offers traditional dishes of Apulia with a touch of orig...

What to see in Polignano a Mare

Pino Pascali Foundation
Abbey of San Vito martyr
More...
are you an Italian villages lover?
Join our Community
and share you experiences!