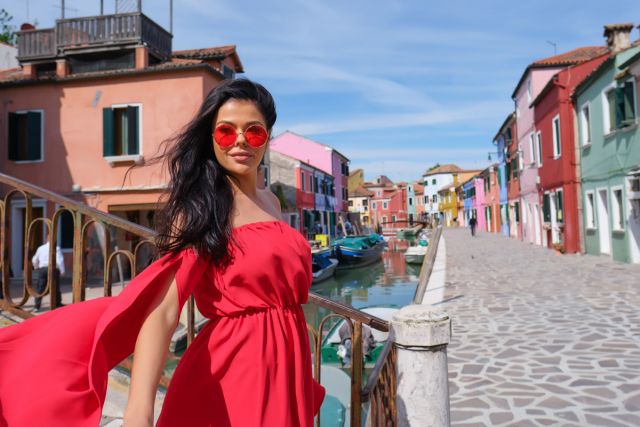 We are in Burano, at a distance of vaporetto from Venice, and the first thing that strikes you, just like the fateful "eyesore" is the particular panorama formed by the typical colorful houses of the island. In this case, the "eyesore" is not a symbol of bad taste, quite the contrary. From pea green to lobster pink, from ocher to blue, from fiery red to canary yellow, the view of the houses in Burano leaves you breathless and gives the place a magical, almost fairytale touch. Each has its own color that has distinguished it from the others for years now... and here the question arises somewhat spontaneously: why are the houses in Burano so colorful? But let's start from the beginning and take a nice step back in the history of the island. 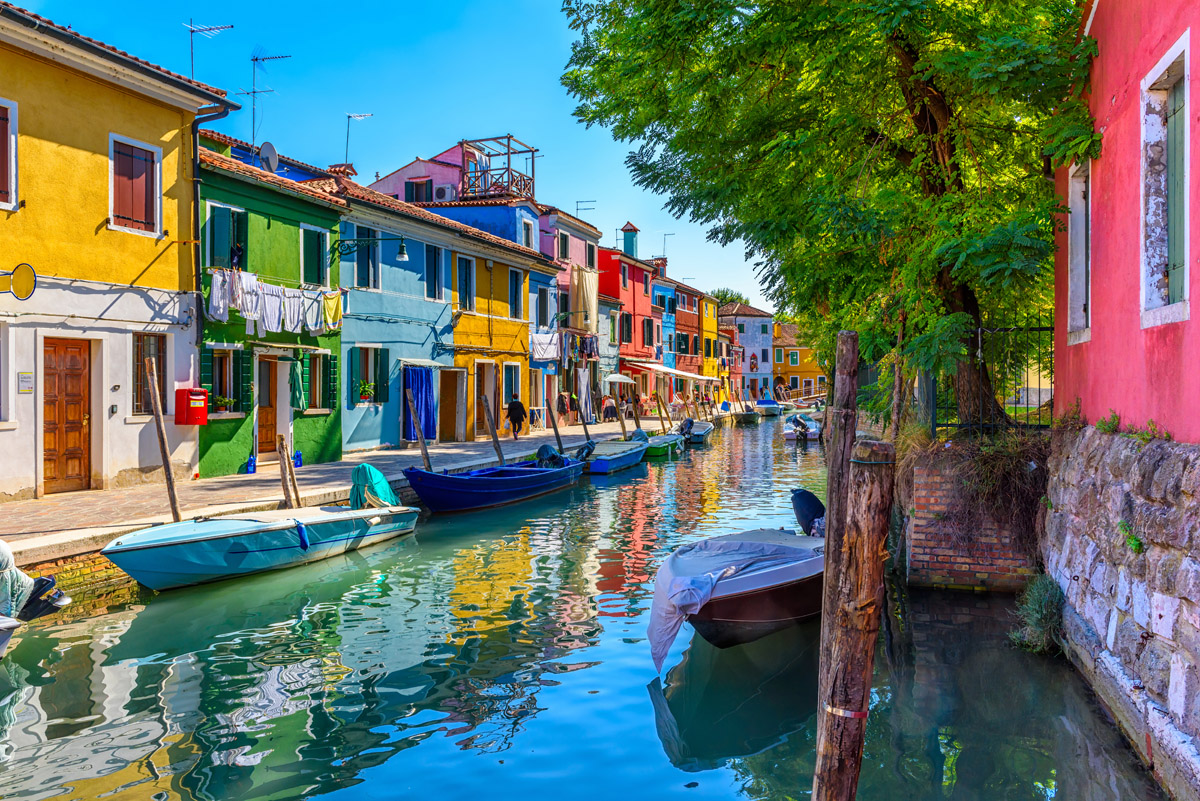 At the time of the barbarian invasions, the inhabitants of Altino, a prosperous center of considerable importance even before Roman times, had to abandon their city to escape the continuous looting and took refuge in the nearby islands of the lagoon: Murano, Mazzorbo, Torcello, Ammiana, Costanziaco and, of course, Burano (whose name derives from "Porta Boreana", or the north gate of the old Altino). The first settlements on Burano consisted of houses built on stilts, made of intertwined reeds and covered with mud. Only later, most likely thanks to the "Romanization" of the area, the houses began to be made of bricks, but colors are still not seen.

In fact, the inhabitants of Burano were mostly modest fishermen who only with the birth of the art of the famous lace saw an economic surge and notoriety. Its position exposed to winds and tides also helped the island's development by keeping away the malaria that marked the end of nearby Mazzorbo and Torcello. But the fishermen remained humble and continued with their activity which "saw" in the frequent winter mists a significant obstacle. And here comes the crux of the matter: the mists. 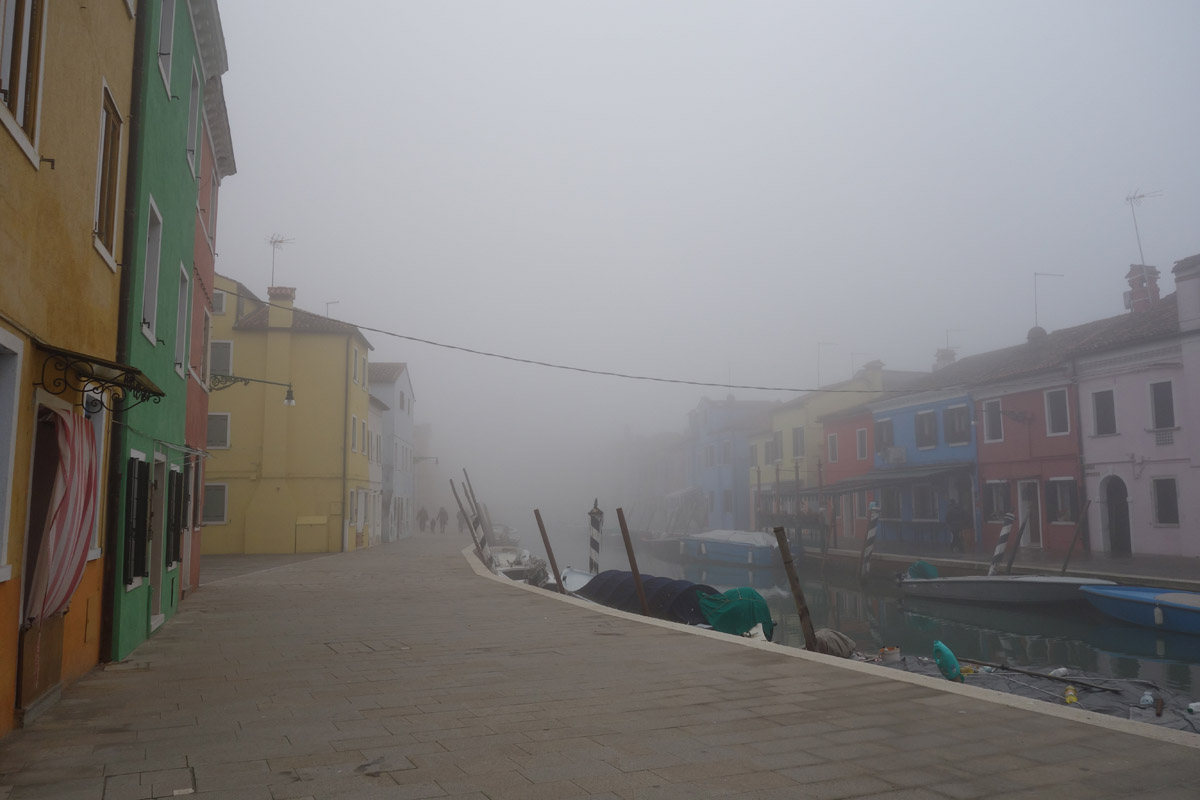 The most accredited belief on the different colors of Burano's houses seems, in fact, to be linked to the fact that the fishermen decided to paint the facade of their home with an identifying color in order to be able to return there without problems even with the thickest fog.
...and so far everything is clear, right?

Another belief has it that the various colors of the houses identified the different families of the island which, although not in large numbers, had the same surnames in many, so they called each other by nicknames or the color of their home.

There is also another belief that sees the humidity and the women of the island as protagonists. Natural that due to continuous tides, high waters and humidity, the walls of Burano's houses needed continuous maintenance and this was what the local women thought (when they were not working on lace), repainting the facades with the paint they found and managed to mix, from various sources. Hence the different colors from home to home. 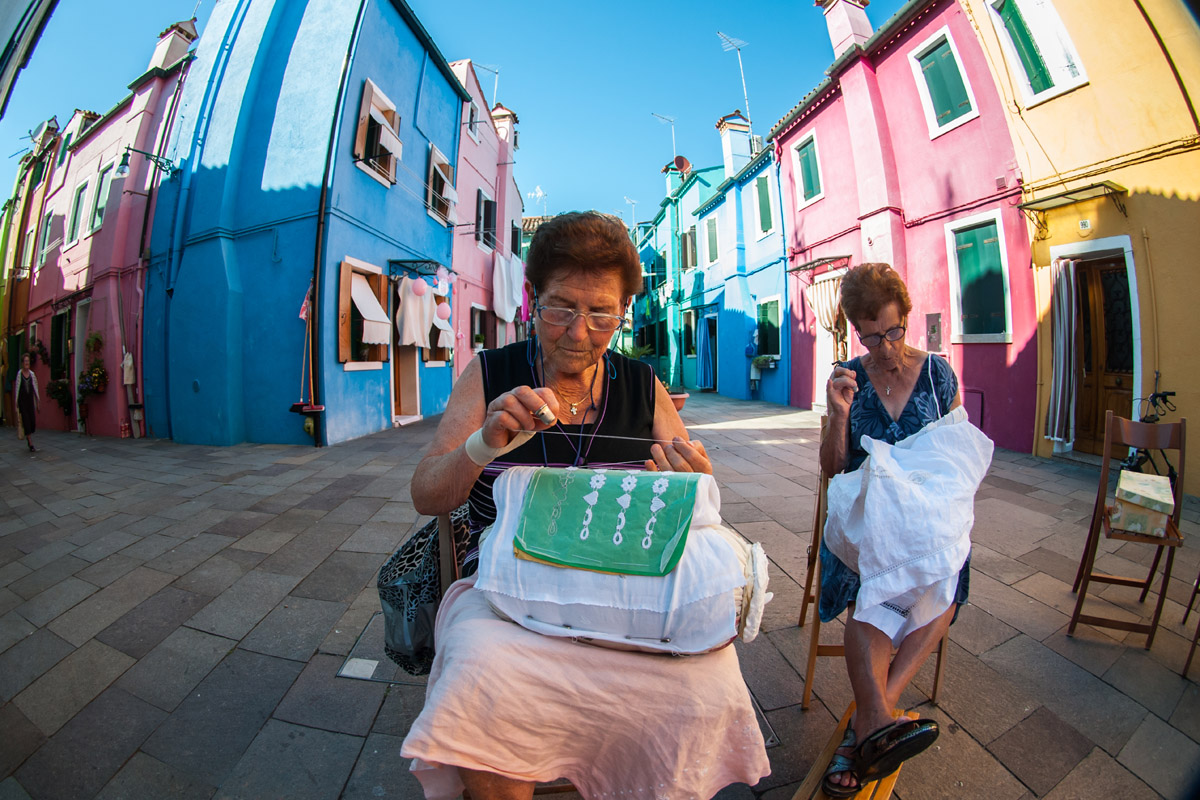 Returning to the mists and underlining the character of the women of Burano, there is a curiosity of the place that tells of the attachment of fishermen husbands to bottles of wine, who, staggering through the mists of alcohol, to find their way back home. they were looking for the particular color but they could also be helped by passers-by thanks to a colored fabric like their home that the prodigal wives put on their forehead, as if to say “to be sent back to the sender”.

Speaking of attachment to wine, another legend adds a drop of magic to Burano. It is said that around the year one thousand a floating chest was sighted near the shores of the island but even the strongest inhabitants could not bring it ashore. Instead, four children succeeded thanks to their purity of soul. Once opened, the box revealed the remains of Sant'Albano, San Domenico, Sant'Orso (who from that moment on became the patron saints of the island together with Santa Barbara) and a magical barrel from which wine could be tapped. 'Infinity. This fact of the magic barrel did not please the nearby inhabitants of Murano, who, bitten (or thirsty) by envy, decided to steal the object but this ceased to produce the much desired nectar once it was away from the remains of the saints. Now angry, the inhabitants of Murano, in order not to return the barrel to the Buranelli (inhabitants of Burano) decided to wall it up in their church of San Donato, where it is still set today. 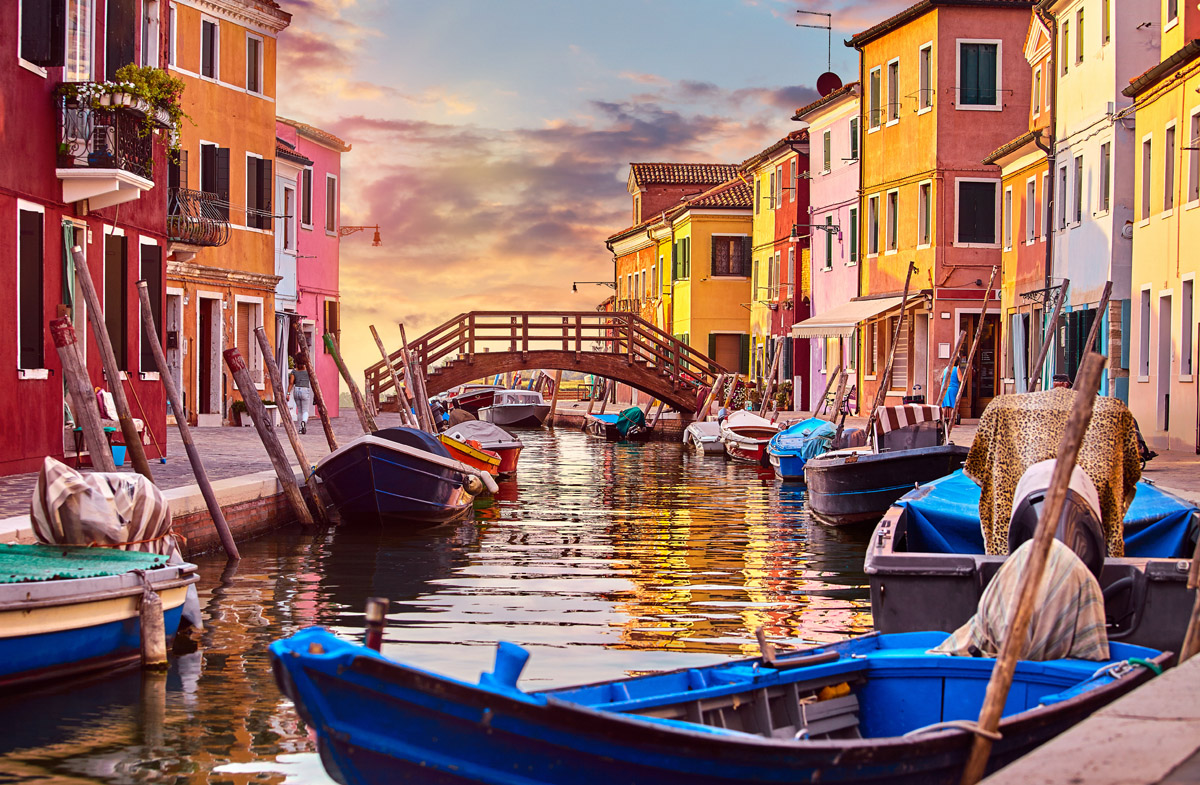 From one legend to another, always speaking of Sant'Albano, it is said that his relic was entirely of gold and, to cope with the costs of the plague, it was melted and replaced with a copper arm, which , oxidizing it became dark. From that moment, the Murano and Venetians called the arm the "pergola arm" making a mockery of the Buranelli, but there are those who think that the story of the "dark" arm of Sant’Albano went differently.

In fact, there is a version of this story that takes the colors of a big scam. It would seem that one day, a jeweler arrived on the island and, given the great devotion of the inhabitants to the saint, he decided to propose to melt all their gold to make an arm in honor of Sant 'Albano. The inhabitants gladly accepted and allowed the jeweler to proceed with the construction of the work. Unfortunately, with the arrival of the first summer heat, a black substance began to emerge from the work. The jeweler had mocked them: he had given them a golden arm filled with pitch ... And of course he had run away with it during the spring. 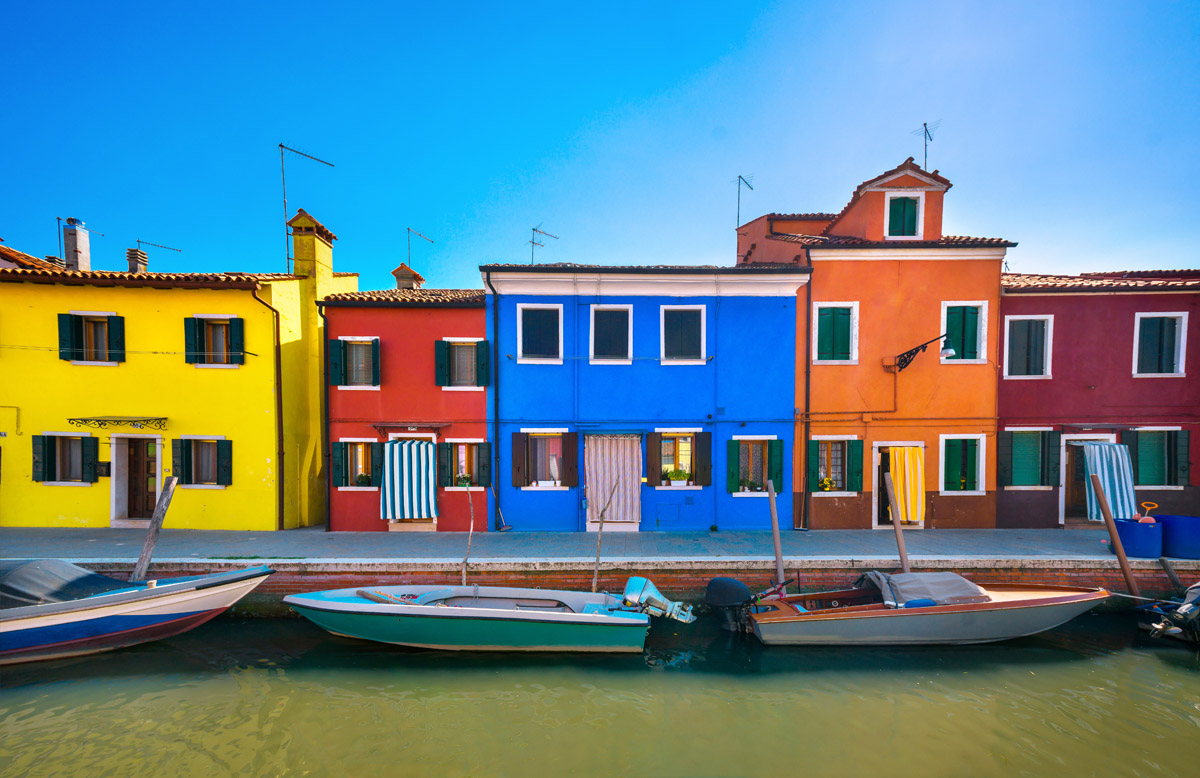 Returning to the colorful houses of Burano, one cannot fail to mention the most colorful of all, the house of Bepi Suà. Located in via al Gottolo, the house of Bepi Suà, Giuseppe Toselli, is particular not only because it is decorated with different shapes and colors but also for the fact that until it was a lifetime, the ex-candy seller added new shapes every day. and new colors to your home. It was easy to meet him on the street with brushes in hand for a chat or for a souvenir photo in front of his multicolored house. Disappeared in 1985, his house remained at the mercy of the elements until 2005, when the authorities decided to renovate it and bring it to the beauty left by its owner who was so loved by Buranelli and tourists. 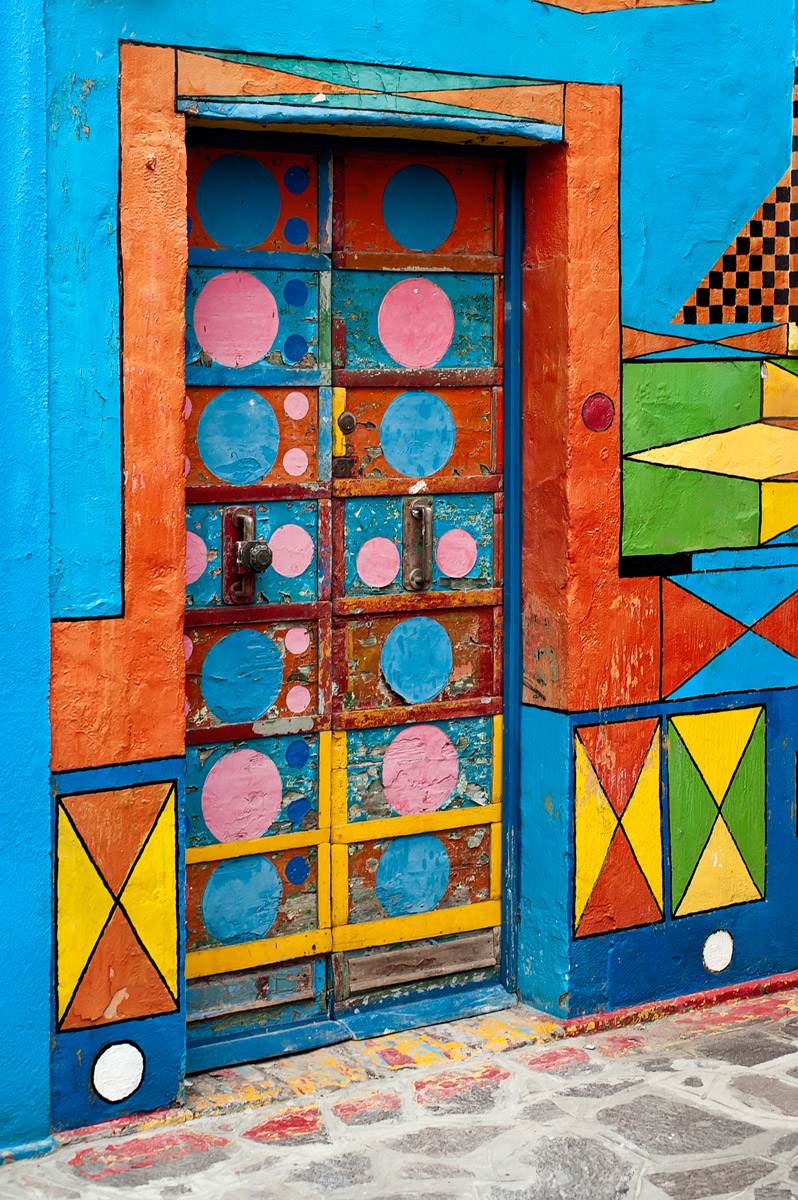 If in all this you are thinking that the Buranelli can change the color of their homes whenever they want, you are very wrong. Today the colors are intended to delimit the ownership of buildings and if someone wants to change it, they must obtain the approval of the local authorities. Not only that, the authorities continuously monitor the state of the colors of the colored houses of Burano which must always be well maintained. 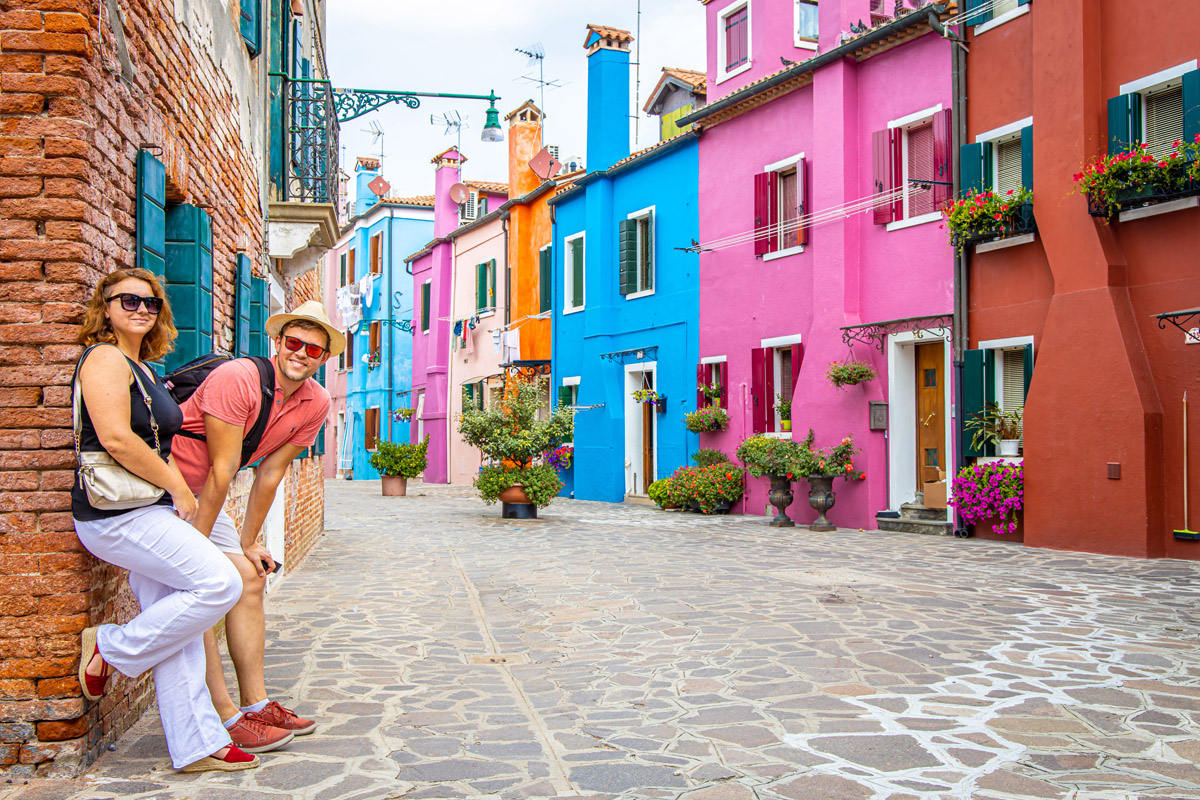 Now don't tell me you don't want to take a walk in Burano too?