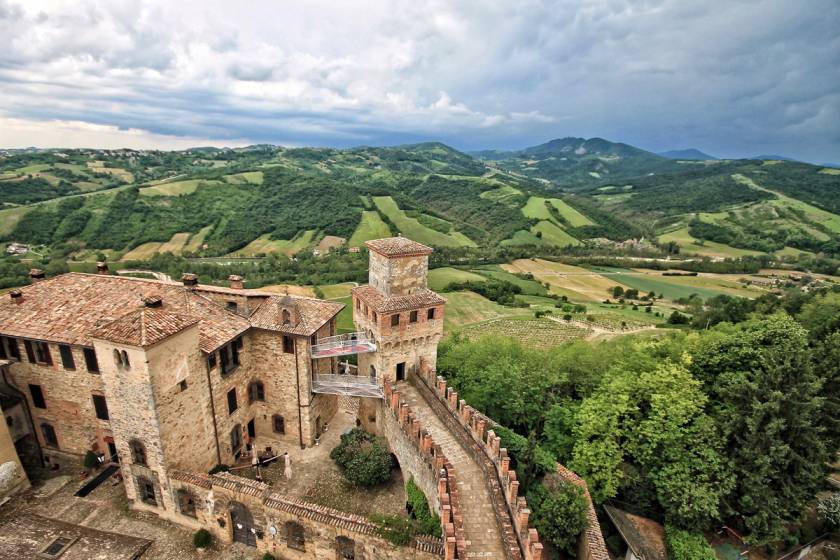 Vigoleno is one of our favorite villages. We had already been there in the summer of 2014 on the occasion of the marriage of a friend, who had decided to get married in this tiny fortified village on the Piacenza hills, and we fell in love with it. So we wanted to go back five years later to visit it calmly during a cool and pleasant Sunday in spring and we realized that Vigoleno, awarded the Bandiera Arancione by Touring Club, is really a must-see for lovers of medieval villages. 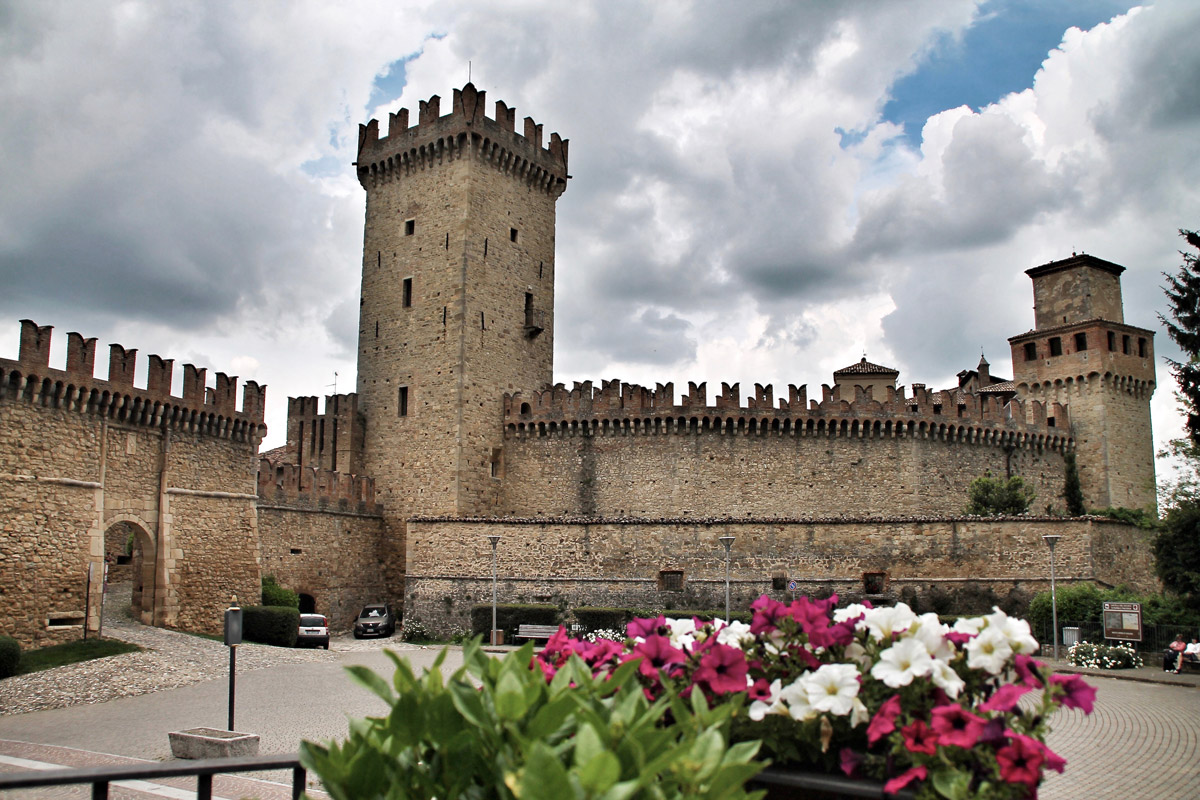 Orange Flag from the Touring Club, it is truly a must-see for fans of medieval villages. The name Vigoleno comes from the Latin "Vicus Lyaeo", which means "place consecrated to Bacchus" for the excellent wines produced here, including Vin Santo. The most evident characteristic of Vigoleno is its structure that we could define as "all inclusive". The castle, in fact, forms a whole with the village, completely surrounded by the walls that run along the oval perimeter of the hill on which the ancient complex is perched. Immersed in a very green landscape, Vigoleno is a perfectly intact village. Built in the tenth century, during the late Middle Ages it was used as a military outpost by the municipality of Piacenza, and then destroyed by the Ghibellines and restored by the Guelphs of the Scotti family, owners of the keep until the early 1900s. 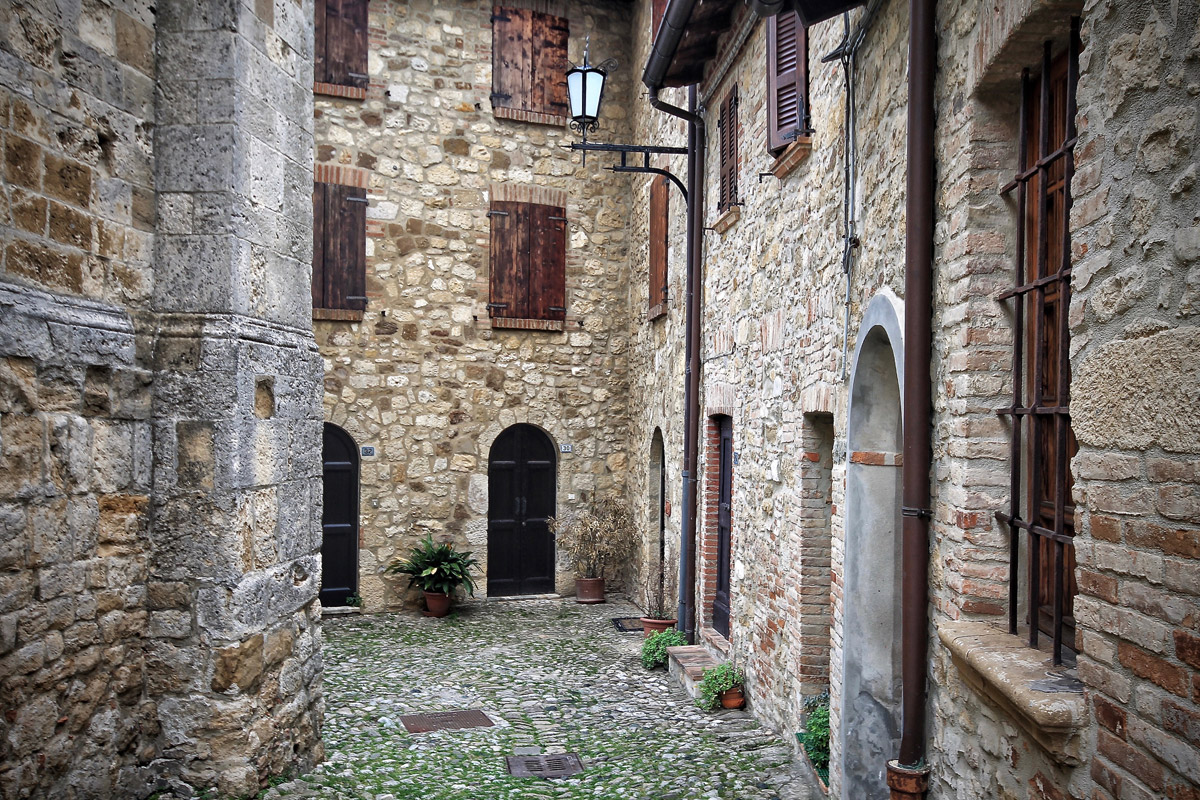 Vigoleno is inserted in an incredibly silent and peaceful naturalistic context but, crossing the defensive walls, it seems to enter a small world apart from even more suave. The short cobbled section that leads from the main entrance (in front of the parking lot) to the heart of the village inspires a fairytale-like curiosity. A large wooden bear placed on a pedestal officially welcomes us to Vigoleno, inviting those who encounter its imposing silhouette to visit the Orsanti Museum.

Created by the actress and puppeteer Maria Teresa Alpi, the museum is a very folkloristic reminiscent path that, through the reproduction of life-size papier-mache bears and the display of ancient means of transport, musical instruments, masks, stage costumes, paintings and vintage prints, tells the itinerant life of the Orsanti, bear bearers and street artists who, during the 1700s, left their lands (Emilia Romagna, Tuscany and Liguria) to reach the squares of London, Paris and Prague, where they performed together with these gigantic mammals, staging acrobatic and surprising shows. 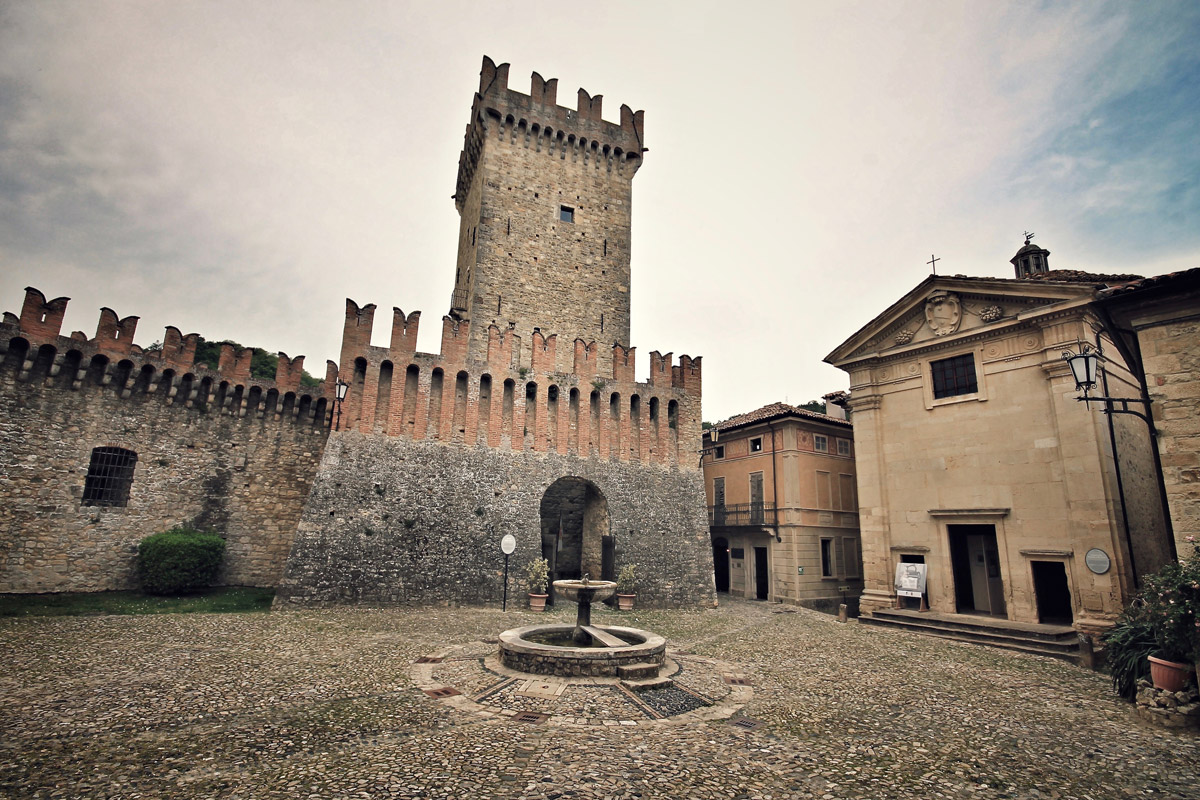 After the Orsanti Museum, take a tour inside the Vigoleno Castle, which rises from the square and surrounds the village with its walls. Dating back to the tenth century but with a predominantly fifteenth-century construction mold, the keep is spread over four floors that house arms rooms, medieval torture instruments and historical illustrations. Climb to the top of the walls: walking on the walkway that leads from the main tower to the southern one, you can enjoy a magnificent view of the Piacenza hills, which in spring become green like golf courses. And if you want to take 360 ​​degree photos and selfies from a higher position, reach the top of the main tower: once you get up there, after a short but steep wooden staircase between very narrow walls, you will have the right panoramic reward. Leaving the castle, take a picture sitting on the edge of the fountain in the center of the square, the heart of the village. Then continue towards the Pieve di San Giorgio, a beautiful Romanesque church with three naves, the pride of Vigoleno. 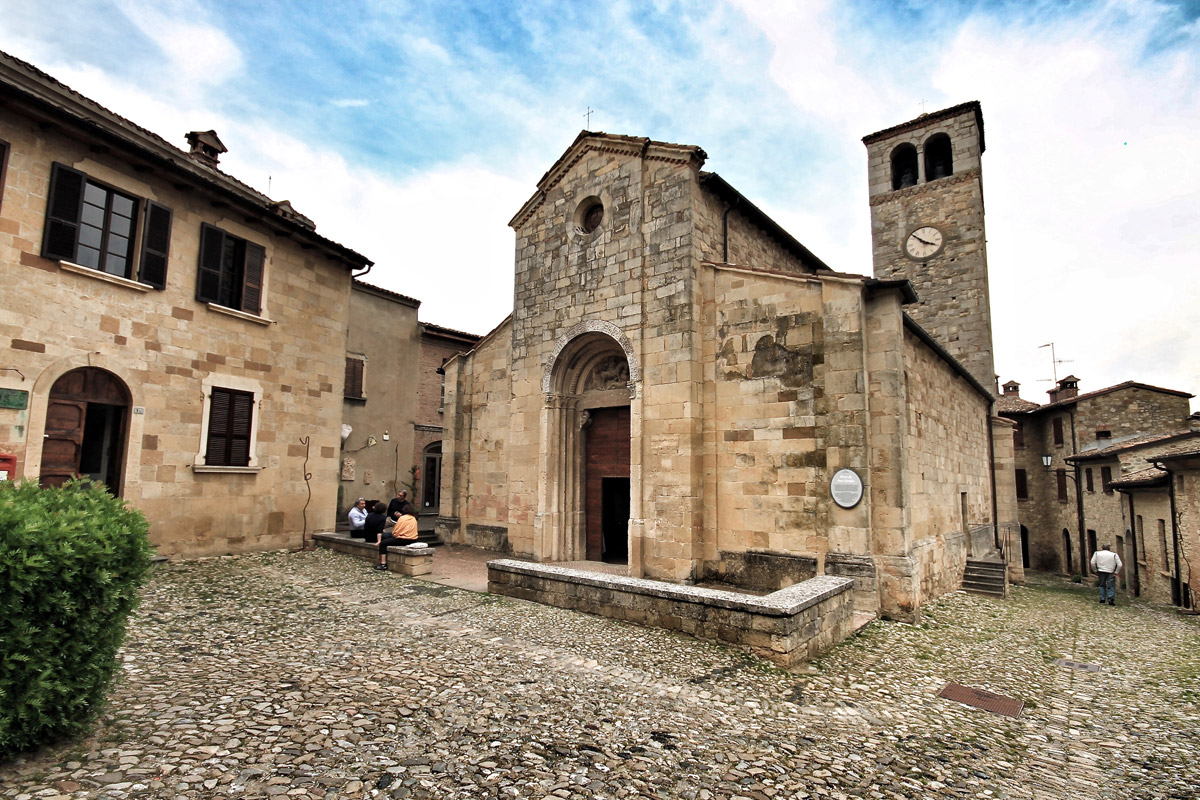 Vigoleno, part of the municipality of Vernasca in the province of Piacenza, stands on a hill that rises between the valley of the river Ongina and that of Stirone. It is easily reachable by car, following the so-called Via dei Castelli of the Duchy of Parma and Piacenza, which winds through the countryside of Emilia. If you are coming from the A1 motorway, take the Fiorenzuola D’Arda exit. In Alseno, you will find the first roundabout: turn right and follow the signs for Vigoleno. Leave the car in the parking lot outside the walls and ... good return to the Middle Ages!

Vigoleno in Festa ... with anolino

What to see in Vigoleno

The Oratory of the Madonna delle Grazie
The Romanesque Pieve di San Giorgio
Museum of the Orsanti
More...
are you an Italian villages lover?
Join our Community
and share you experiences!