The bell tower of Lake Resia and the ancient submerged village

We tell you the story of an ancient South Tyrolean village that in the 1950s was submerged by the waters of the dam. And what remains is a surreal show, from fantasy film... 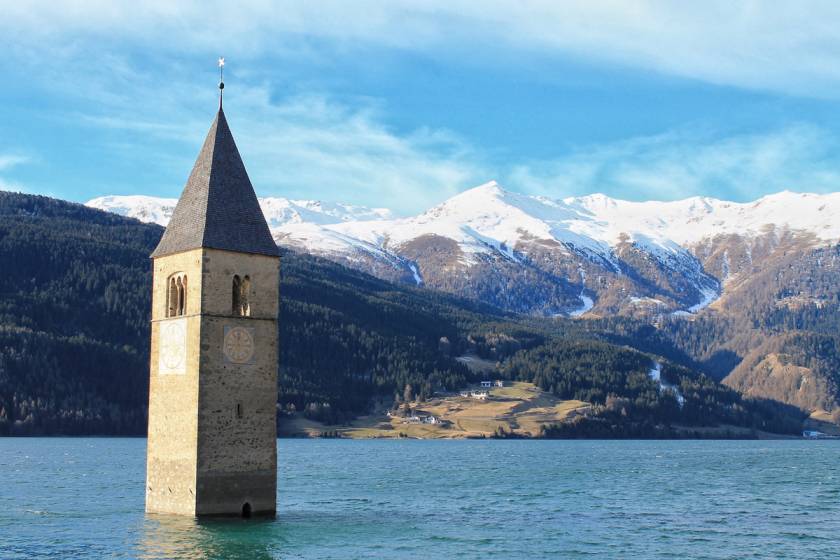 In the world there are places that border on the unlikely. Among these, Lake Resia, from whose waters a mysterious bell tower appears. The scenery seems to be taken from a fantasy film, a dreamlike vision that materializes in the presence of the only surviving structure of an ancient Alpine village, extinct over half a century ago. The dramatic fate of Curon Venosta, which today is a South Tyrolean village of about 2,300 souls overlooking the eastern shore of Reschensee ("Lago di Resia" in German), is kept in this bell tower dating back to 1300.

Yes, this time we want to tell you something that is a bit out of the ordinary of our usual descriptions of villages to visit, so much so that this village no longer exists and you won't find it either on maps or on Google Maps, but you'll only hear about it from those who live near Curon Venosta and pass on to the posterity a story that rhymes with legend but that really happened even in an era so remote. «I didn't understand what a bell tower did on the lake. (...) As in metaphysical painting, I thought. As in De Chirico: an improper element set in a real context. But that was not metaphysics», writes Professor Marco Balzano. A phrase full of wonder and awe. Exactly what you will experience if you see with your own eyes the bell tower of Curon Venosta, whose history, unfortunately, is without a happy ending. 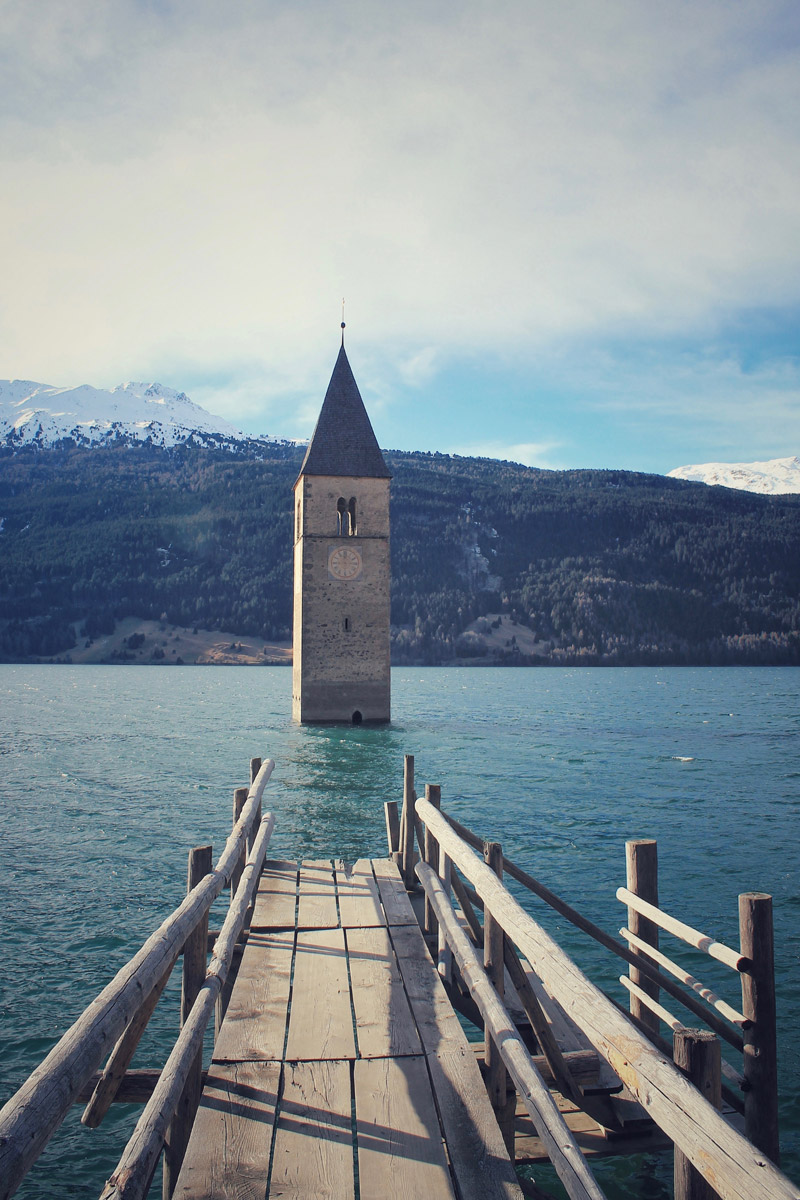 During the twenties of the last century, a powerful industrial colossus obtained from the Italian government the possibility of raising the level of the artificial basin of Lake Resia by more than 20 meters, thus betraying the promise made to the inhabitants of Curon who had been guaranteed that the their country would not have been involved in the great work. Instead, amid protests, revolt actions and a vain audience by the Pope organized by the parish priest, the project was completed in 1950, when the waters of the dam completely submerged the houses of Curon. At eight o'clock in the evening of 16 July the bells of the bell tower of St. Peter's rang for the last time. A few days later, the inhabitants rescued the old bell. The church was blown up on 23 July. Only the bell tower remained intact. And still today it emerges from the lake with a veil of melancholy, to witness the sad story of Curon. 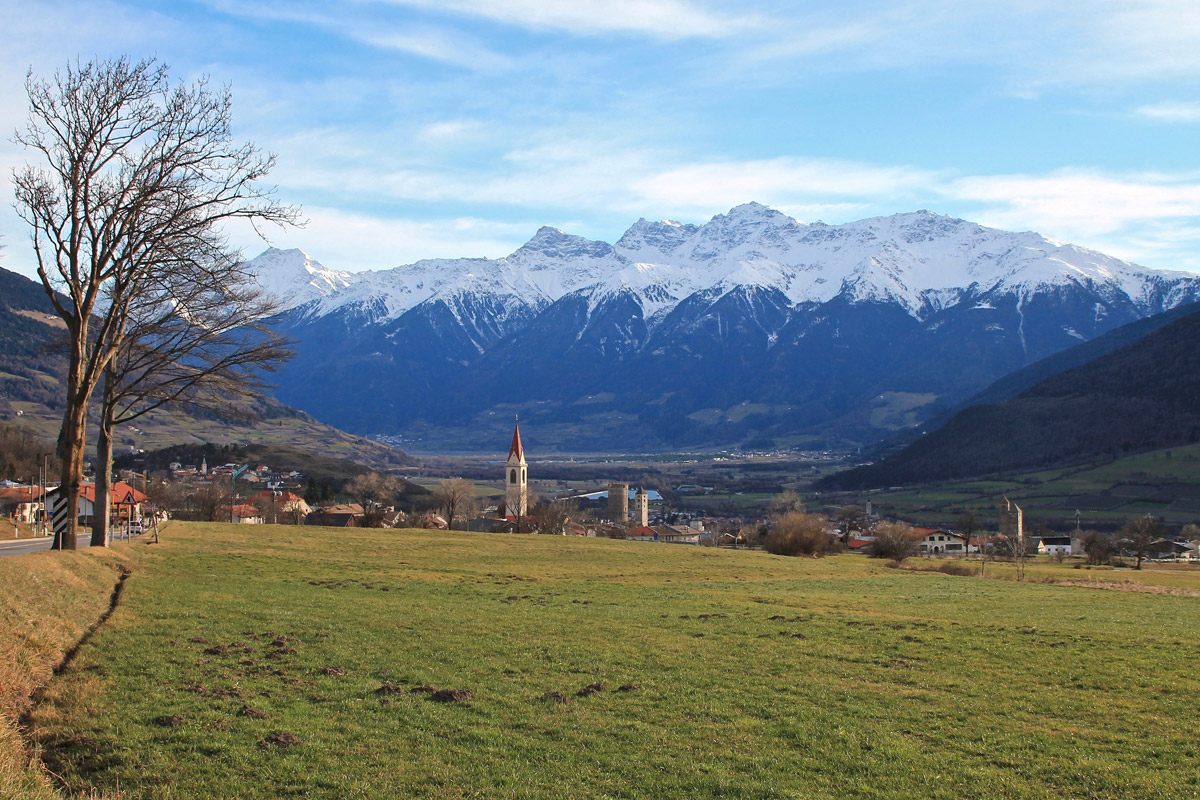 Our advice, perhaps if you are in South Tyrol for the May Day bridge, is to combine a visit to the enchanting South Tyrolean villages such as Castelrotto (Kastelruth), Chiusa (Klausen), Colfosco (Kolfuschg), Glorenza (Glurns) or Vipiteno (Sterzing), at a blitz in the direction of the Austrian border, going up north. Curon Venosta (‘Graun im Vinschgau’ in German), in fact, is in Alto Adige (South Tyrol), overlooking Lake Resia, at about 1500 meters above sea level, and is just a few kilometers from the border with Austria. For those coming from Merano by car, the obligatory route is the State Road 38 to Spondigna, then take the State Road 40 in the direction of the Resia Pass ('Reschenpass'): you will cross the Val Venosta, along the Lake of the Muta and finally, Lake Resia, immersed in a mountain landscape of extraordinary beauty and just as quiet. Going through the last curve before reaching Curon, you will be amazed by the bell tower that suddenly rises, as if by magic, before your eyes. 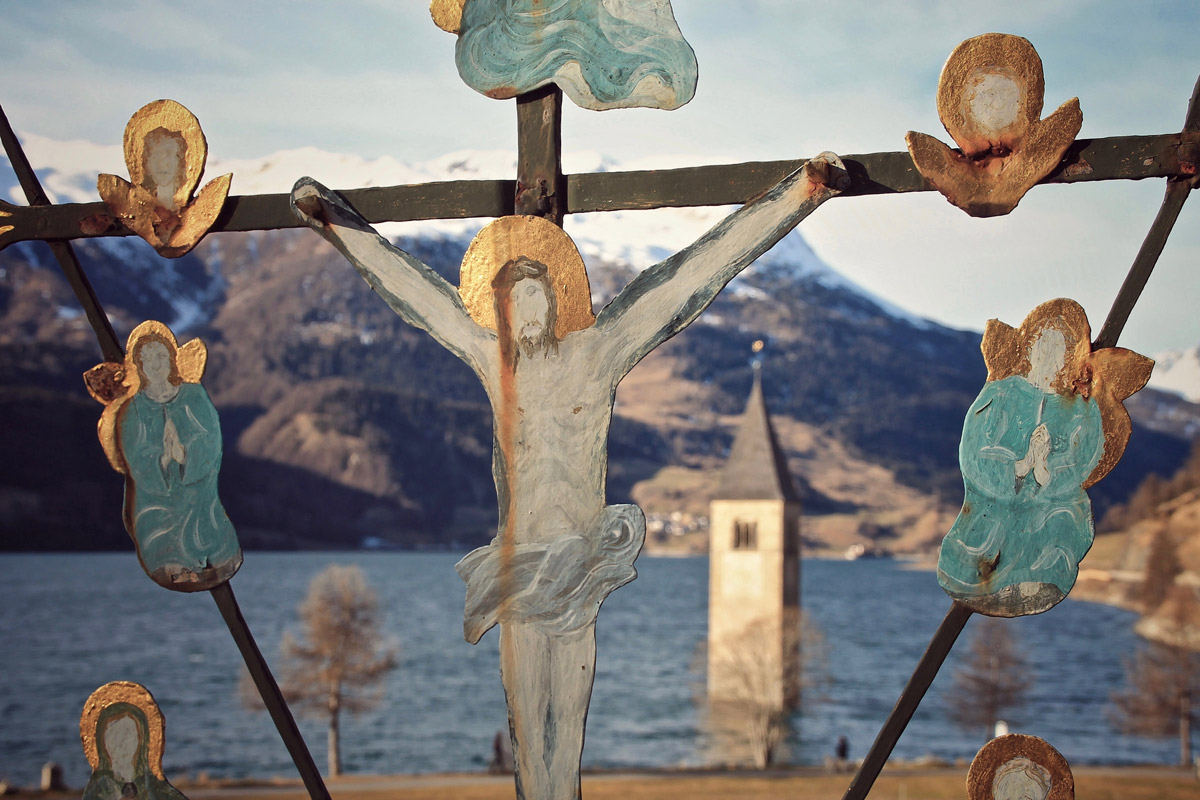 We give you one last suggestion. Leave the car in the large parking lot right in front of the bell tower: along the shore you can take incredible photos and, if you are a couple, a romantic selfie with the bell tower in the background. Instead, on the hill behind the car park you will find the town's cemetery, a place that may seem a bit gloomy, but that gives an enchanting panoramic view of the lake basin. If you go in winter, you could find the frozen lake and try the evocative experience of reaching the bell tower by walking or ice skating. Watch out for holes, though! 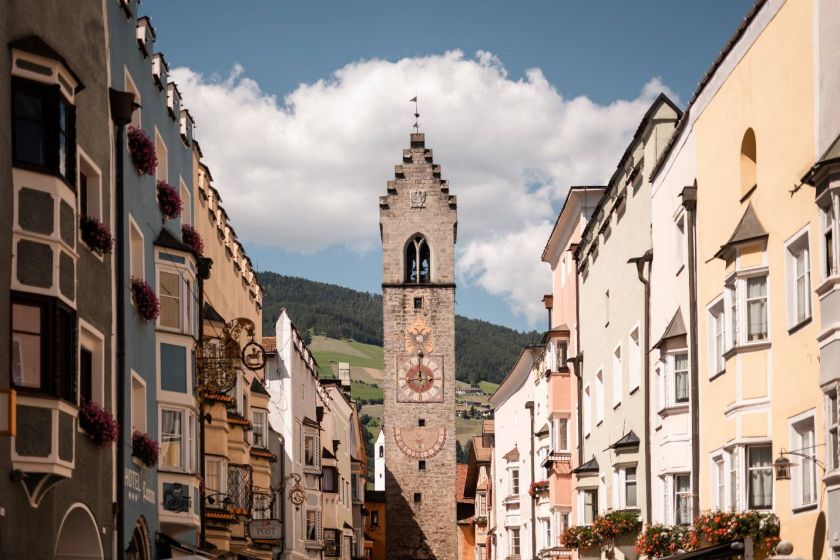 What to see in Vipiteno - Sterzing

Church of the Holy Spirit
Badger Castle
Vipiteno Town Hall
More...
are you an Italian villages lover?
Join our Community
and share you experiences!