A small village set in the green of the Maremma, perched on a hill from where you can see a breathtaking 360° panorama. 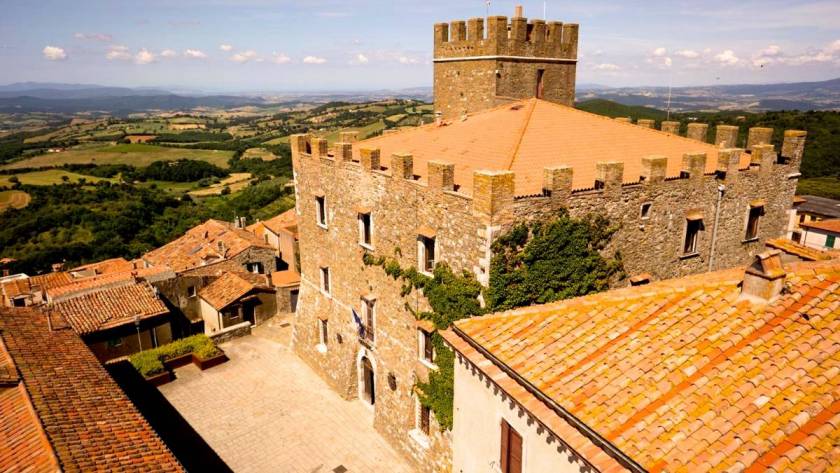 It’s a tiny village set in the green Maremma, perched on a hill from the top of which your sight can stretch at 360° over a landscape that reaches the Argentario on the West side and the Giglio island, Giannutri, Montecristo and even Corsica on bright days then it disappears into the Tyrrhenian Sea while the Gran Sasso is stealing the show from the East side. If you stroll around the narrow streets of the village you’ll see several architectural styles starting with the massive castle with the panoramic tower on the top of the village then the towered walls dating back to the XVth century and the churches of San Leonardo and SS. Annunziata, both decorated with the important works by two painters from Manciano Pietro Aldi and Paride Pascucci that date back to the XIXth century then the interesting prehistoric museum of Fiora Valley that exhibits the finds dating back to the Palaeolithic Age. The tiny villages that are spread in the surrounding area are really beautiful since they tell about the flourishing Medieval past: Poggio Capanne and its amazing Renaissance square, Poggio Murella and its Castellum Aquarum dating back to the second half of the I century B.C., Marsiliana and its castle dating back to the XIIIth century and San Martino featuring a beautiful church in a Renaissance style with Moorish details, they all deserve a stop to join a journey back in time. 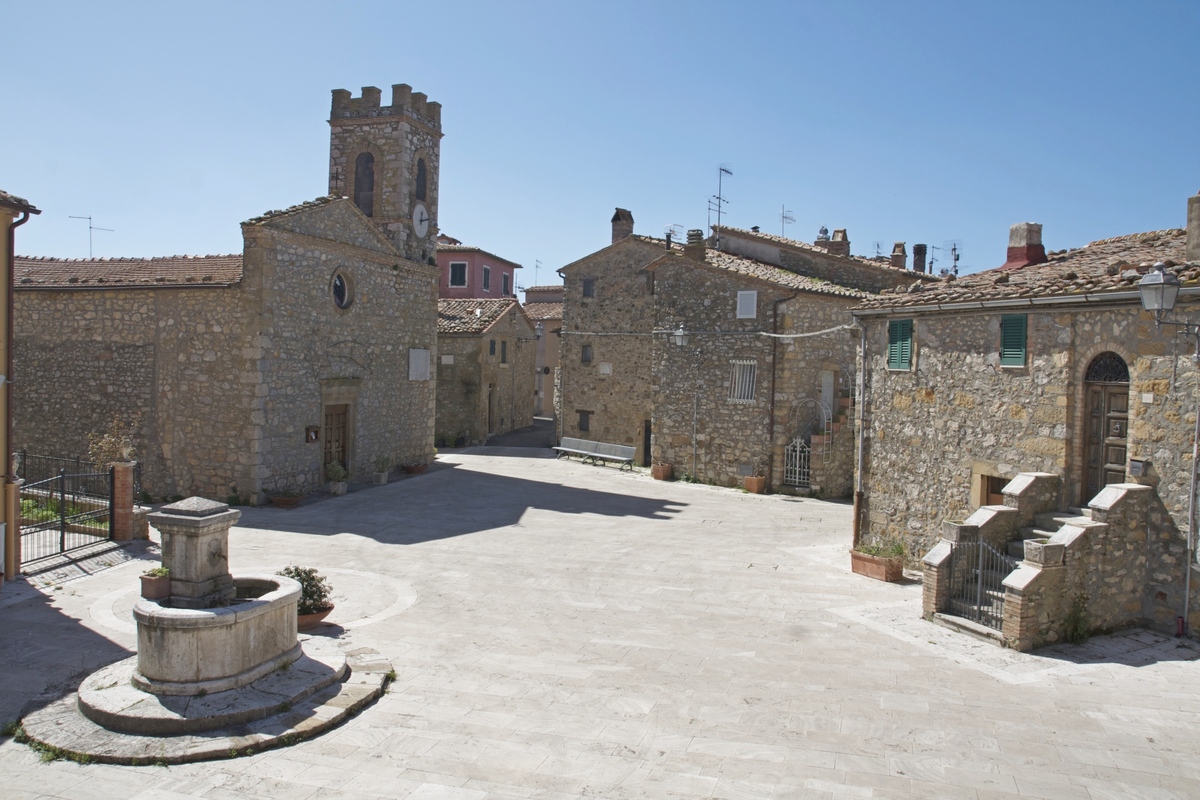 Saturnia: not just the Thermal Baths

It’s a district of Manciano and it is famous all  around the world because of the therapeutic properties of its thermal water that have been well known since the ancient times. We are talking about Saturnia whose village still shows the memories of its past especially in Vittorio Veneto square, the core of the village with lots of tiny restaurants and bars. The Clodia road used to go through that area, it was one of the oldest Roman roads with Etruscan origins, you can still follow its track and see the finds thanks to two Latin inscriptions that have been kept. Saturnia is one of the most ancient inhabited centres of Italy, it goes back to the Bronze Age, it was a  flourishing community during the Etruscan Age, actually many funeral finds dating back to the VIIIth century B.C. have been collected in the surrounding necropolis and they are now kept in the Archaeological Museum belonging to Ciacci’s Foundation. The whole village is an outdoor museum, it keeps Latin, Etruscan and Renaissance finds that are spread around the entire area like the quadrangular reservoir that was the source of the thermal water before the knight Orlando diverted it to defeat the enemies in the battle according to the legend. 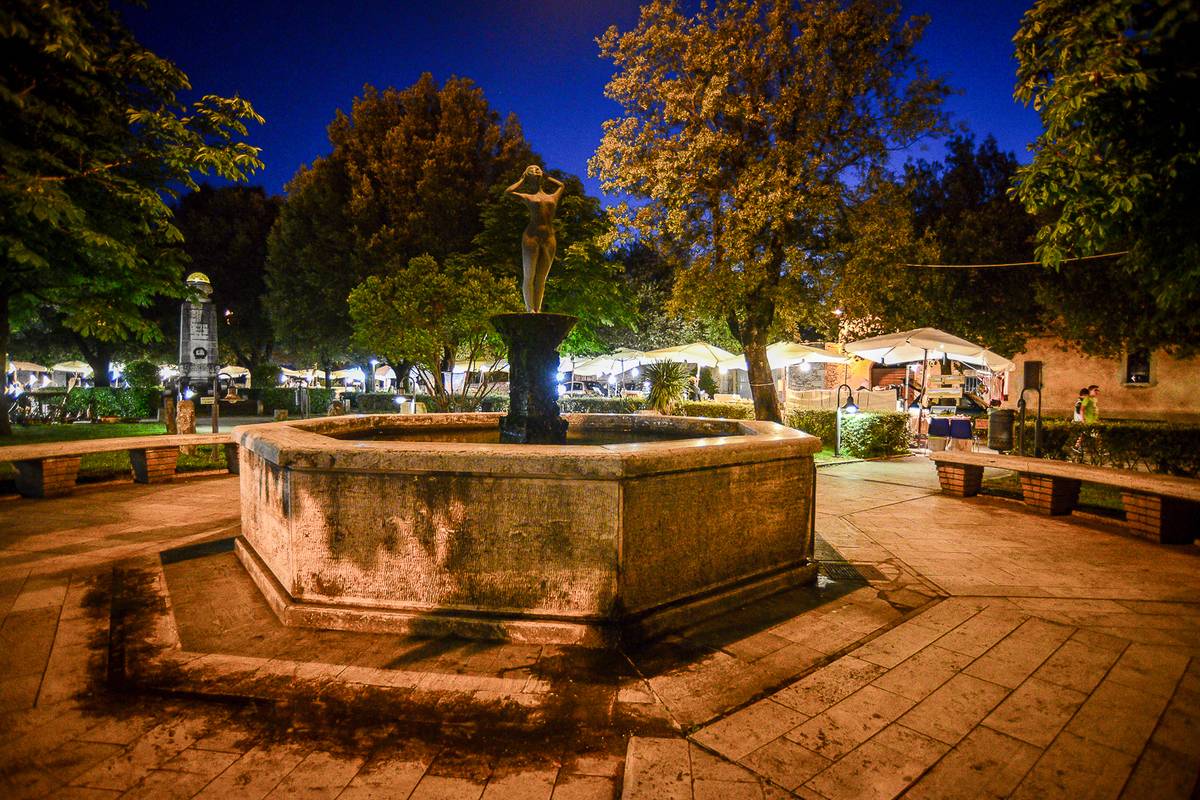 Montemerano: in the “heart” of Middle Ages

The historical centre has got the shape of a heart and its urban area is still untouched, that’s why this district of Manciano is considered one of the most beautiful villages of Italy. It is perched on a hill and it is dominated by the tower bell of the parish church and the quadrangular tower of the castle. Montemerano sounds suspended in time and if you visit it you’ll be naturally invited to slow down and sip the Medieval atmospheres that each corner can give you. The group of churches of San Giorgio dating back to the XVth century has been entered into the route of Jubilee, it is sided by the door that takes its name and it conveys deep feelings because of the beauty of its artworks mainly the Altarpiece by Sano di Pietro. The castle’s square is a wonderful place to stop and remind about the time when the knights on their beautiful horses used to go around with their ladies who lived inside those massive walls. Then there’s the church of Madonna del Cavalluzzo in the elegant Piazza del Forno which has a mysterious origin and the “hole”, a pass-way that crosses the second row of walls and lead you to the main street that probably dates back to the XVIth century when the village didn’t have to be protected from its enemies anymore. 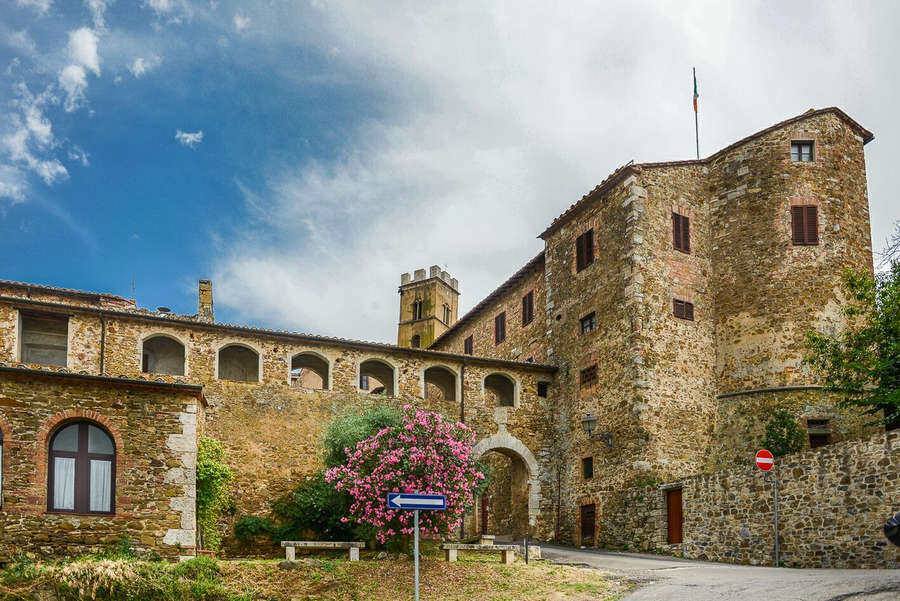 Between the thermal water and the nature

If the Terme di Saturnia Spa and the Golf Resort are the perfect luxury solutions for your total remise en forme, it is also considered the best thermal centre in the world by the CNN thanks to the highly healing power of its water as well as to the exclusive leisure activities that are offered and also because of the beauty treatments that use the gold, the diamonds and the ice from Antarctica as their basic ingredients. In area of Manciano there’s  another magic place: the Mill’s Waterfalls. They are considered by the best free thermal baths in the world  by Lonely Planet and they have been entered  in the list of the places to be visited  at least once in your life by The New York Times and The Guardian. The Mill’s Waterfalls are free natural pools featured by the continuous thermal sulphur water fall on the limestone. So while you’ll be taking your thermal baths you are surrounded by the unspoilt nature which is perfect for your slow travel and for your unforgettable cycle tours or your horse riding excursions or your hiking experiences in the forests, in the green fields, in the rural areas and along the charming tiny villages that are spread all around. 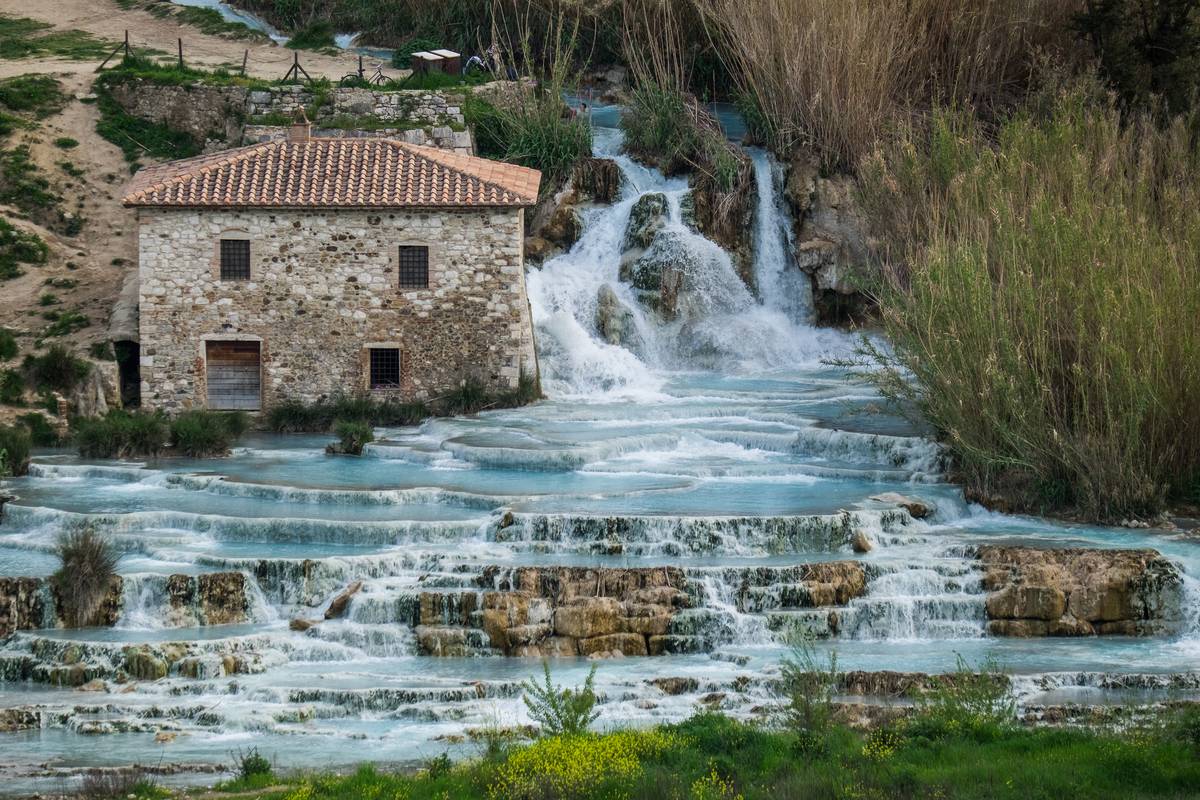 Food and wine: the perfect match

If the well-being requires slow pace to sip the landscapes, the history and the architecture, food and wine can’t be put aside. Manciano can impress the most demanding travellers. You must taste the Ciaffagnone Mancianese at least once if you go there, it’s a sort of pancake made of water, eggs, filled with the pecorino cheese from Tuscany and it is cooked on a very thin frying pan which is greased with the lard. This area is spread with many farms where you can taste the local products, mainly the dairy ones. On the top of the list there is the DOP pecorino cheese from Tuscany which has a low  cholesterol level and it can  be tasted with the local  Morellino red wine from the nearby Scansano. For the finest and most curious tasters there are also two gourmet restaurants: at Caino’s which has been awarded with two Michelin stars and the Acquacotta restaurant (awarded with one star) inside the Terme di Saturnia Resort. 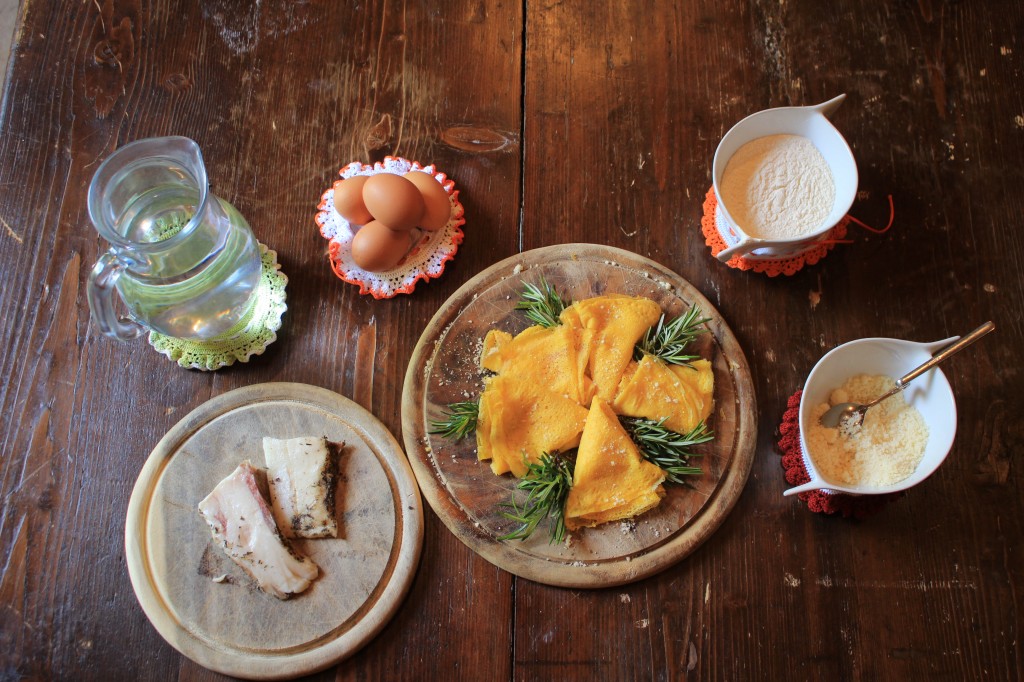