The mountains that surround Lusérn are sweet. At 1.300 metres of altitude, this tiny village on the South-West of Trento is attached to the borders of a wide pasture that reaches Folgaria e Lavarone 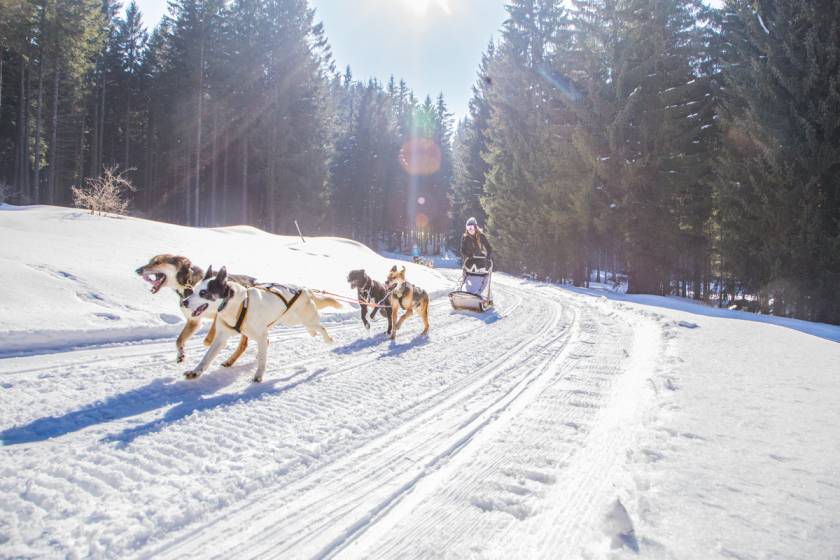 The mountains that surround Lusérn are sweet. At 1.300 metres of altitude, this tiny village on the South-West of Trento is attached to the borders of a wide pasture that reaches Folgaria e Lavarone. It’s a huge chalky terrace surrounded by deep valleys and cliffs with climbs of almost six-hundred metres. Beeches, spruces and larches share the land with the pastures and the Vezzena Pass, the narrow crossroad of the Assa Valley and the Highlands of the Seven Councils (Altopiano dei Sette Comuni) are right next to  Lusérn, a village where the Cimbro, an old type of dialect from Baviera that was brought from the Medieval colonizers is still spoken. This area is made of two parts: the central one of Lusérn, that stretches on a plain on the border with the so-called Tal von San Antone featured by the classical “Strassendorf” which is the typical group of houses that has been developping along a single road and Tezze which is located in the lower side of a little valley on the Southern edge. Behind the ridgeline of Malga Campo, there is Untarhäusar or Case di Sotto (the lower houses) and Obarhäusar or Case di Sopra (the upper houses) and Galen from Galeno which was the nick-name of a local family then there are the three areas of the Summer group of houses. The stone is the protagonist in this area, it is used to construct the fields and the terraced vegetable gardens which are essential for these  communities. In Winter the wind from the North blows in Lusérn which becomes the ideal destination for a relaxing holiday near the ski areas and the tracks for the excursions with the snowshoes while in Summer this area is heated by the sun all day so it’s grea staying in the open air along the tracks and an amazing view is assured. In this part of Trentino besides practising the Winter sports and plenty of activites in Summer you can also experience the local traditions and the local culture by following a number of theme routes full of history, art and culture. Of course a wide range of good food is never absent, it combines the dishes of tradition to the local tasty specialties. 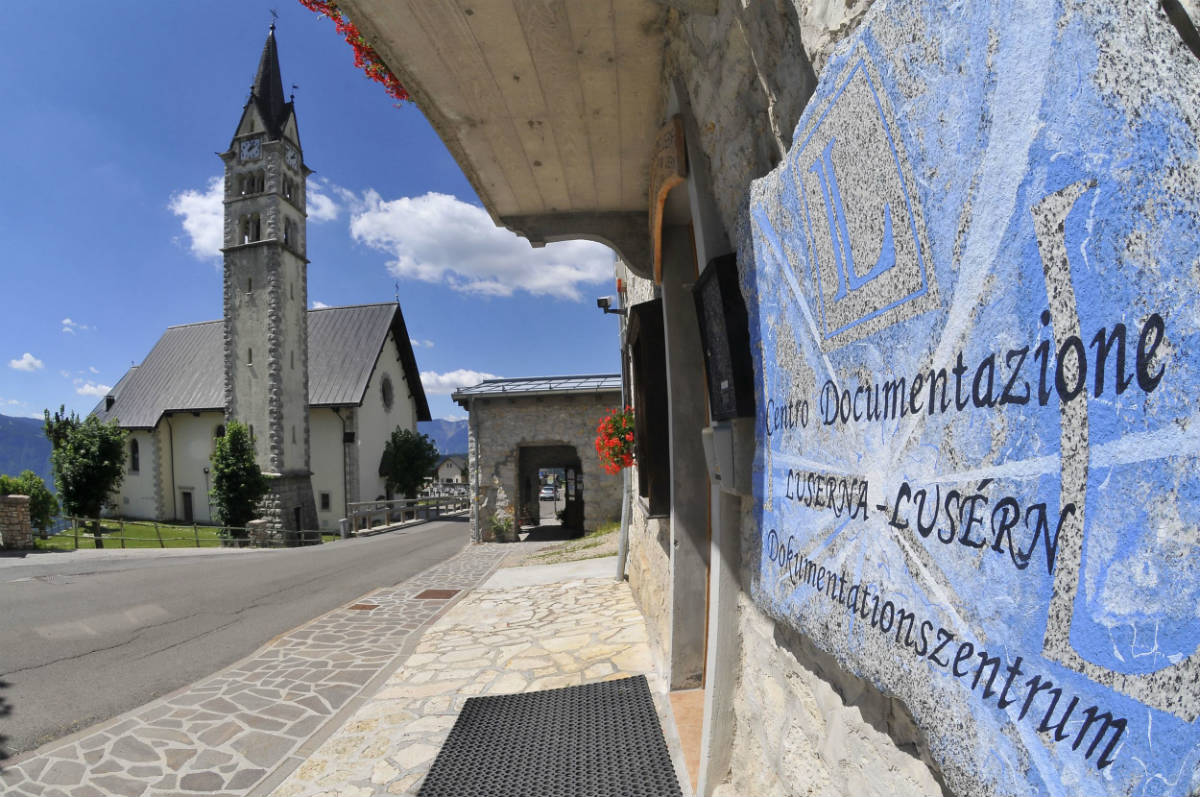 What you can see in Lusérn

The cultural city offers plenty of places to visit. On the top of Cima Campo, at 1.549 metres of altitude there is the Lusérn Stronghold, also called the “Padreterno” (the God almighty), it was built between 1908 and 1912 and it was aimed at controlling the crossing of Vezzena Pass together with the Busa Verle Stronghold that can be visited thanks to the Documentation Centre of Lusérn  that was born as a Centre of Studies dedicated to the local culture where a number of guided tours are also booked and organized. The Documentation Centre deals with the promotion and the economic development of the local German community and it also features  a museum where you can go deep into the knowledge of this land, discover the rooms dedicated to the history and the traditions of the old German community, the rooms dedicated to the First World War, the wildlife of the nearest mountains and the melting furnaces dating back to the Bronze Age. In the heart of the ciy the house museum Haus Von Prükk stands out. It’s the outcome of conservation works of an ancient house that has kept all the features of a Cimbrian house dating back to the XIXth century. This house museum exhibits the domestic life of pesants families in a typical Cimbrian house and there are wide rooms, interesting furnishings, clothes and objects on display. It is an extraordinary example of the historical memory and the “track of the Cimbrian imaginary” starts outside this house. It’s an exciting route of seven kilometres in the forests and the pastures of Lusérn that takes inspiration from the legends and the characters of the popular culture like Frau Pertega and Tüsele Marüsele; the characteristic wooden works and the traditions by the local artists that have been passed on for centuries further enrich this place. The “Track of Spring” means discovering the colours and the scents of this tiny alpine Heaven surrounded by little narrow streets and views in the deep Valley of Astico, the “Track on the bear’s foorprints” tells about this animal which is still mentioned in the stories and in the legends and the “Track from the stories to the history” is one of the most exciting theme routes of the Cimbrian Alpes with all its stories about the people from Luzérn before and after World War I.

The good food is the protagonist in Lusérn and it’s one of the main reasons to visit this place: in these mountains there are plenty of specialties to taste and to buy. On the village’s tables you can find different types of salami like the speck, the carne salada (salted meat), the landjager, delicate little sausages savoured with red wine, the krainer, made of a dough of meat and cheese and the cooked ham, made of aromatic herbs and the cheese of  Vezzena, a slow-food brand, half-fat and made by using the cow’s milk. Then there are the gifts from the wood:  several types of mushrooms, the “porcini” mushrooms for instance, the blueberries, the strawberries, the raspberries, the blackberries. One of the best known local dishes is the “polenta” of potatoes made by boiling and pressing the tuber. This mash must be first cooked with the butter, the chopped onion and the Vezzena cheese and it must be served with meat cooked in the oven or in the sauce or matched with the Tonco of Pontesel, another typical dish from this area, a sort of stew of different types of meat and fresh sausage from Trentino. The “Kaiserschmarren” is a dish that goes back to the German tradition, they are big fried crêpes that must be served when they are very hot and they come with the blueberries or with sugar. Sweets must be tasted as well, the classic strudel and the zelten, made of dried fruit whose origins go back to the XVIIIth century, it is made of nuts, pine nuts, almonds and candied fruit. In the restaurants, in the moutain huts the tradition is the protagonist of all dishes, the different types of salami, the cheese served with the alpine honey, the ham and the aromatic herbs, the pappardelle (a type of pasta) with mushrooms sauce, the tortelloni of Vezzena produced in the shepherds’ huts, the venison with mushrooms, the sweets mainly the strudel of warm apples  and the Sacher cake are the kings of the table. 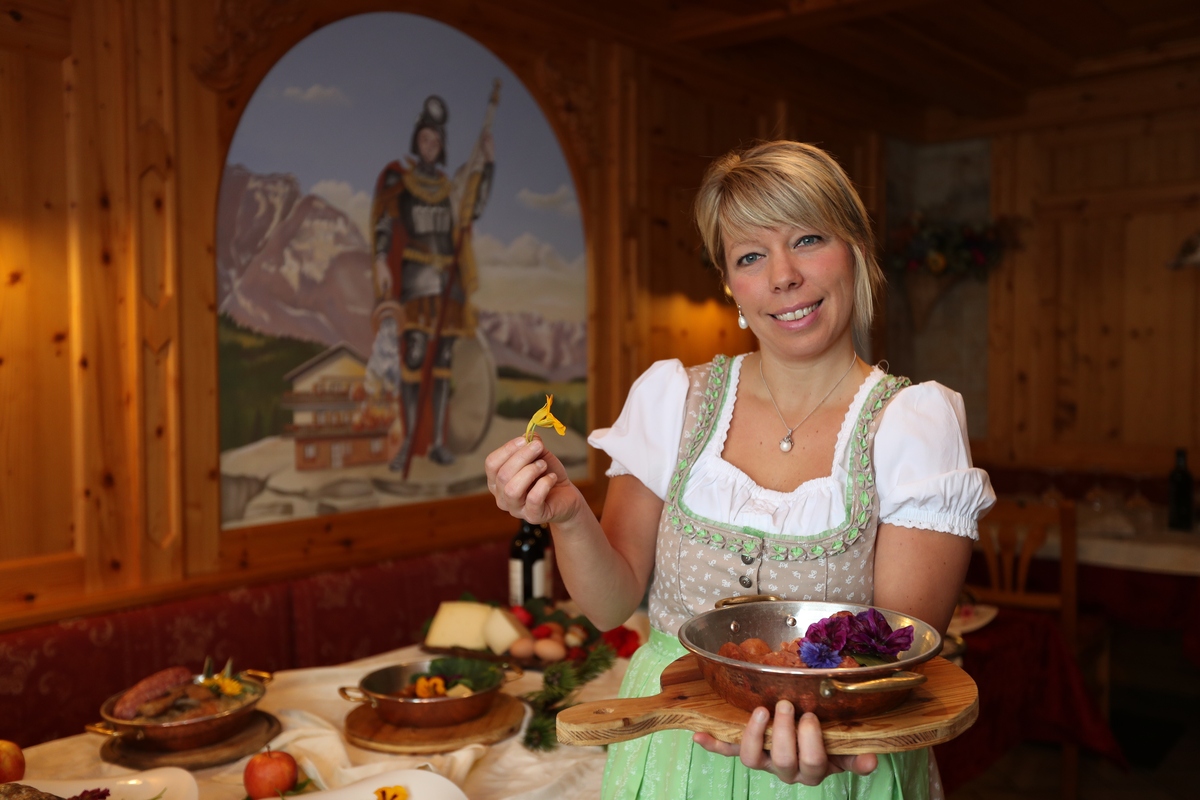 Besides Lusérn, Folgaria and Lavarone are the two other destinations on the Alpes. Folgaria is one of the oldest communties of Trentino featuring a long avenue where you can walk and buy in the characteristic shops, in the sweets shops, you can enjoy the bars and you can taste the typical dishes in the restaurants. Folgaria is a well-known holiday resort, it’s the ideal place for a Summer holiday since you can enjoy 18 holes at the Golf Club, the bike area and many hiking tracks for each age but it’s also a great place for a Winter holiday on the ski tracks since you can enjoy the alpine skiing and the cross-country skiing. Lavarone is a more romantic place, famous celebrities from the past used to spend their holidays there like Sigmund Freud and the Austrian Emperor Franz Joseph I of Austria. The precious core of this area is certainly lake Lavarone, awarded with the European blue flag in 2017. It is a charming iced ground where you can go ice-skating in Winter  while it becomes an exciting setting for water sports and the mountain-bike in Summer thanks to its famous Bike Park. The ski area Alpe Cimbra-Folgaria Lavarone is paradise for Winter sports lovers: there are 66 tracks that cover 104 kilometres and they are available for all types of skiers and for all types of activities. Alpine skiing, snowboarding, cross-country skiing, fat bike and sleddog. The track Avez is one of the most beautiful, it’s quite difficult and exciting and it takes its name from the huge white spruce that has recently fallen down because of the strong wind. It is a track of two kilometres with a climb of 400 metres while the amazing Ski Center Millegrobbe is dedicated to the cross-country ski lovers and the cross-country skiing Centre of the Alpes of Folgaria-Coe is open during the day and the night to give the magic of the night skiing. 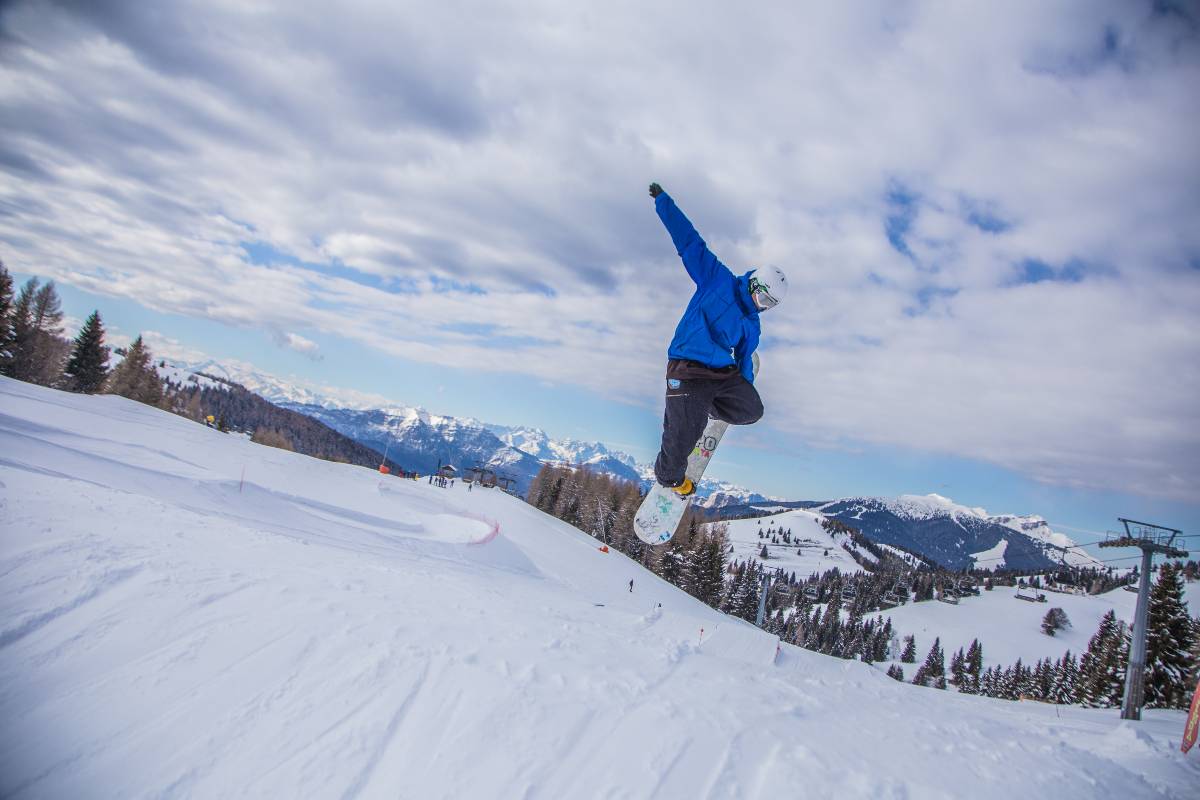 What to see in Luserna