Gallipoli, the 'beautiful city' of Salento

Gallipoli, a popular destination not only for its iconic beaches such as Lido Pizzo, Punta della Suina and Baia Verde but also for its ancient history and its ancient village 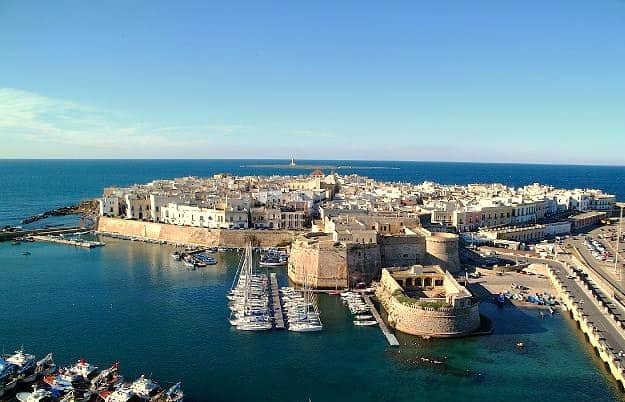 It stands on the Ionian coast about forty kilometers from Lecce, in Salento, and its name - which derives from the classical Greek - means "beautiful city".

It is a mixture of past and present, Gallipoli, a destination loved not only for its iconic beaches such as Lido Pizzo, Punta della Suina and Baia Verde but also for the ancient history that is breathed in the center of its ancient village, perched on a island of calcareous origin, connected to the mainland and the new city by a twentieth century arched bridge. The walls, the ramparts and the towers that once protected the town from the invaders, today shelter it from the storms giving it a charm of the past. The old town has polished paved streets from which often a clove of sea glides and in Gallipoli it is imperative to go to the verace fish market, located in the original moat of the imposing Angioino castle, built in the sixteenth century by Carlo D'Angiò. It is a fortress almost completely surrounded by the sea and allows a journey through time to discover this jewel of Puglia through towers, tunnels, corridors and majestic rooms. Beyond the walls, the same plan of the village wins: an intricate maze of streets dating back to the Greek period, intersecting each other, break the spiral of the winds and are dotted with a parade of historic buildings such as Palazzo Pirelli, Palazzo of the Seminario, Palazzo Romito , Palazzo d'Ospina and Palazzo Venneri. 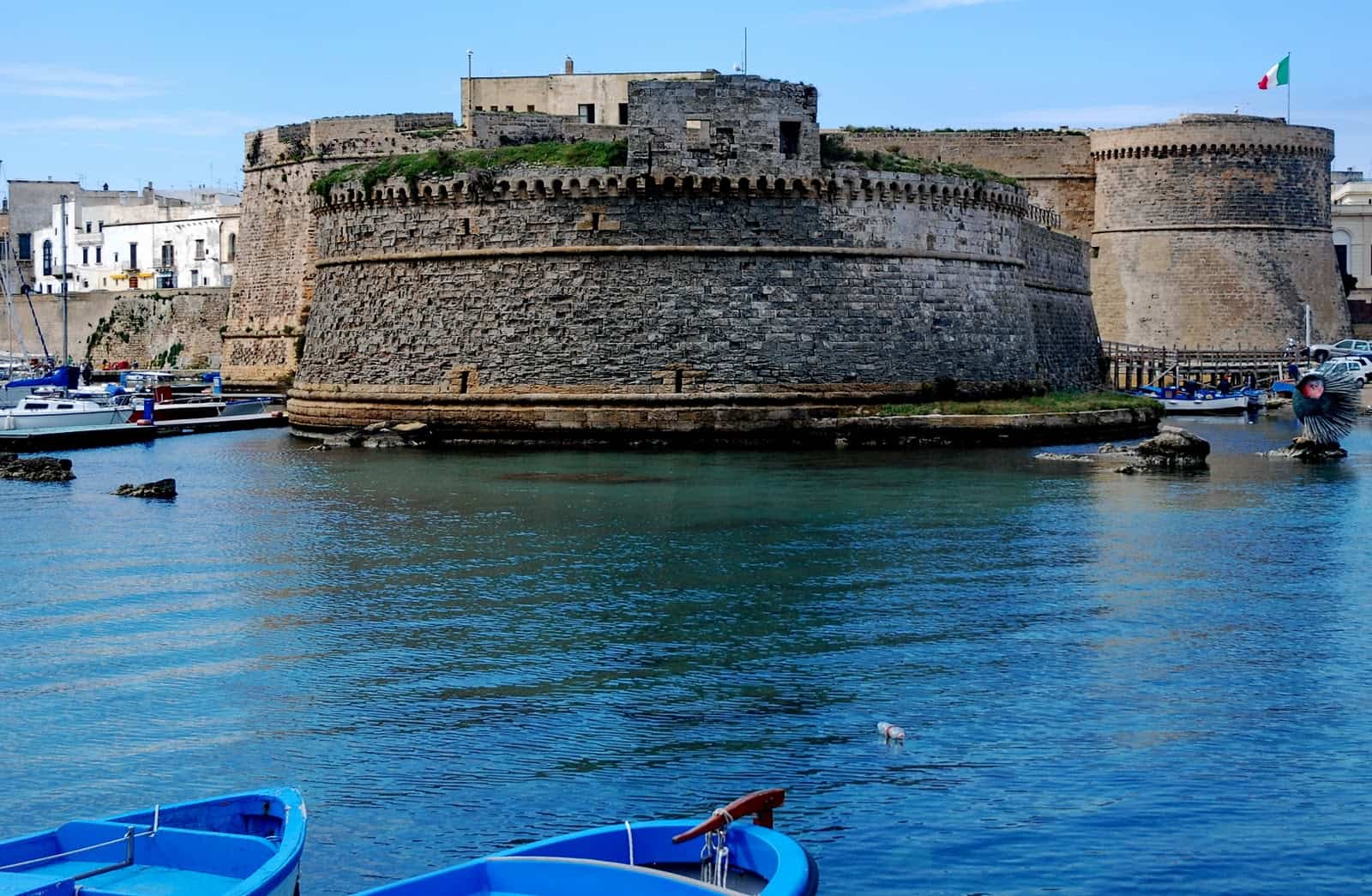 Moving on to ecclesiastical choreography, Gallipoli is littered with places of great spirituality: from the baroque cathedral dedicated to the cult of Sant’Agata to the sanctuary of Santa Maria del Canneto, which holds valuable paintings from the 17th to 18th centuries, passing through the church of San Francesco d'Assisi with its statue of the Malladrone, the chapel of Santa Cristina - protector of the city as well as the favorite saint of seafarers - and the church of the Crucifix, seat of the homonymous confraternity. A continuous source of surprises, Gallipoli, which among the many testimonies of the past holds the "Greek Fountain" with its depictions in bas-relief, a monument in reality of Renaissance origin, with baroque pediment.

Not only art and history, in the ancient village of Gallipoli: set in the center, in fact, and accessible thanks to a staircase that reaches the sea level, there is the beach of Purità, with the waves that look like turquoise brushstrokes.

Villages not ot be missed if you visit Gallipoli