Menorca: the classroom where nature teaches

Declared a Biosphere Reserve by Unesco in 1993, Menorca conveys the idea of a "precious place and unspoilt nature". 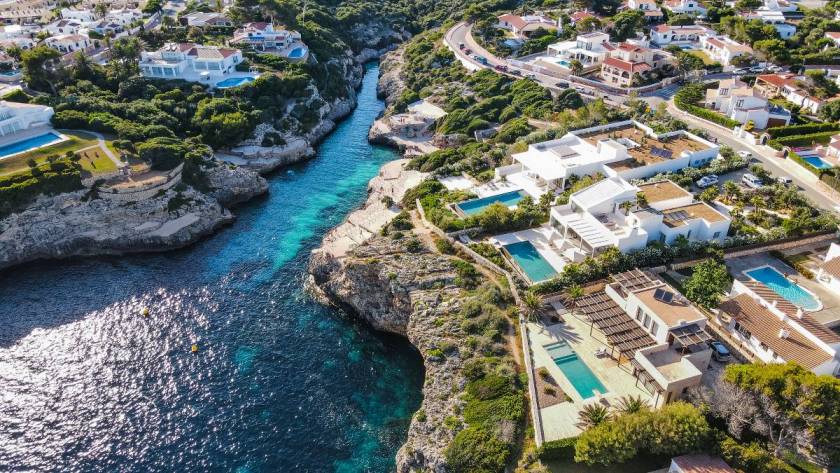 "Unesco Biosphere Reserve' as an expression gives the idea of 'precious place and unspoilt nature'. Few people actually know that the mention is granted to places in the world whose ecosystems provide solutions to the greatest of global challenges: the management and conservation of biodiversity through the development of social systems and their activities. It is not surprising that Menorca, thanks to the variety of its natural habitats, has been included in this list since 1993: ravines, caves, beaches, cliffs, islets, wetlands, 220 species of birds and 1,000 species of plants. A wealth that has survived the years of building vandalism thanks to a particular event: the "punitive" political treatment of the dictator Francisco Franco who, because of the strong opposition of the Menorcan people to the totalitarian regime, denied the island any state investment, effectively excluding it from tourist routes. The island's economy therefore remained rural and artisanal, and when the first industrial infrastructures were created, the principles of sustainable development were already widespread. 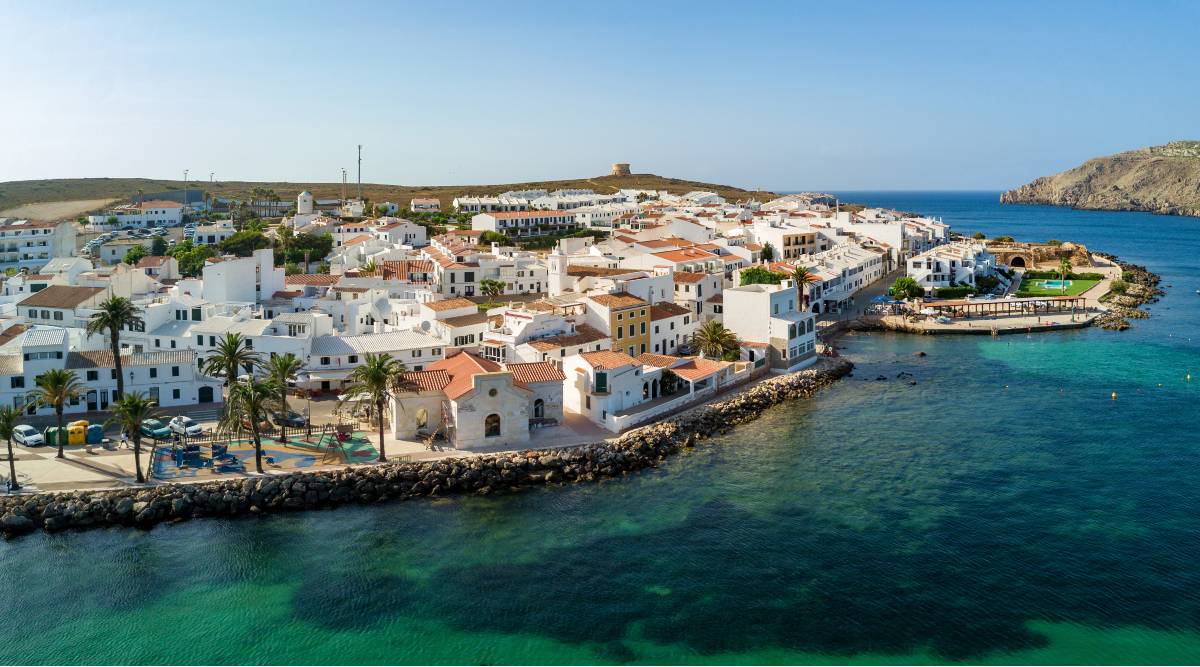 The avarcas of Ferreries: a model of creative recycling
A beautiful story takes place right in the centre of the island, in the village of Ferreries, near the spectacular natural gorge of Algendar. Here, local craftsmen, in order not to waste resources, recycled tractor tyres and invented the avarcas, the colourful Menorcan leather shoes with rubber soles: from an object used by farmers, they became an international icon of summer footwear, an ante litteram example of circular economy. 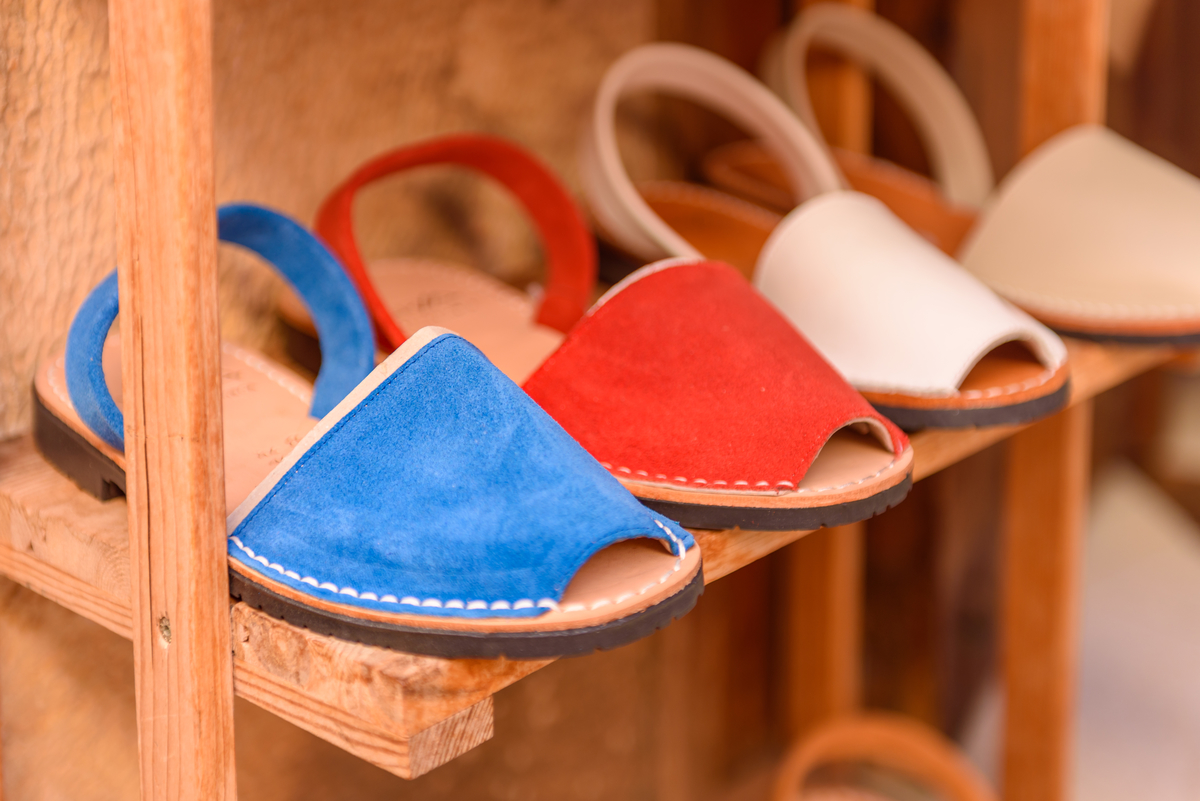 This pretty village is also a good starting point for discovering the eastern part of Menorca. A pleasant itinerary that first passes through the flowery alleyways of the village of Es Mercadal, below Mount Toro, then through the narrow, uphill streets of the village of Alaior to arrive at the S'Albufera d'es Grau Natural Park: over 5,000 hectares of lagoon area, with a core area protected since 1993 and extended in 2003.
On the coast, a place for a pleasant break is Fornells: an authentic fishing village where you can enjoy the island's speciality, caldereta de langosta, a delicious lobster soup served in an earthenware pot. 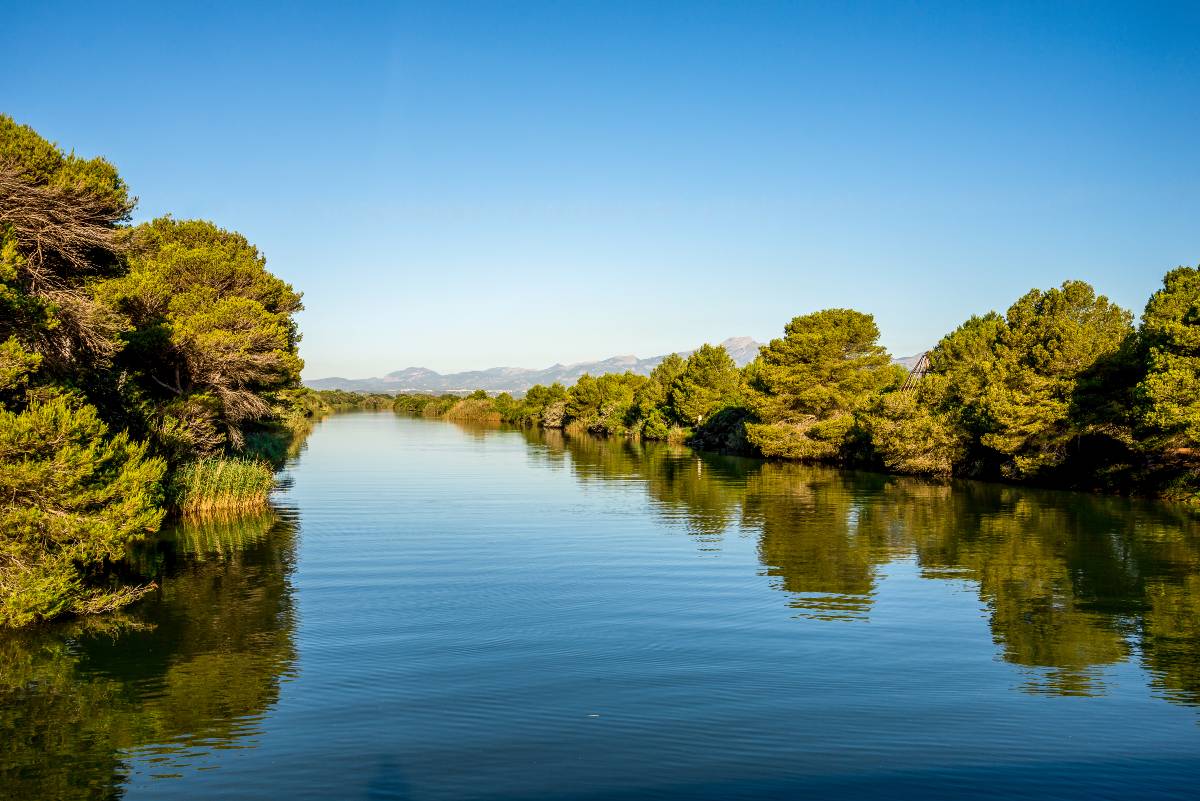 Landing in Mahón
In the south, Mahón is the capital of Menorca, a small town of 30,000 inhabitants on a hilltop overlooking a beautiful bay. It is the gateway to the island and, on the subject of eco-friendliness, the best way to get there is by sea, perhaps after a train journey, and then by the widespread and efficient local public transport. Mahón is a colonial settlement of English origin and the signs of British rule can be seen in the Regency-style houses and the old Distilerias Xoriguer, which produce the island's typical artisanal gin. 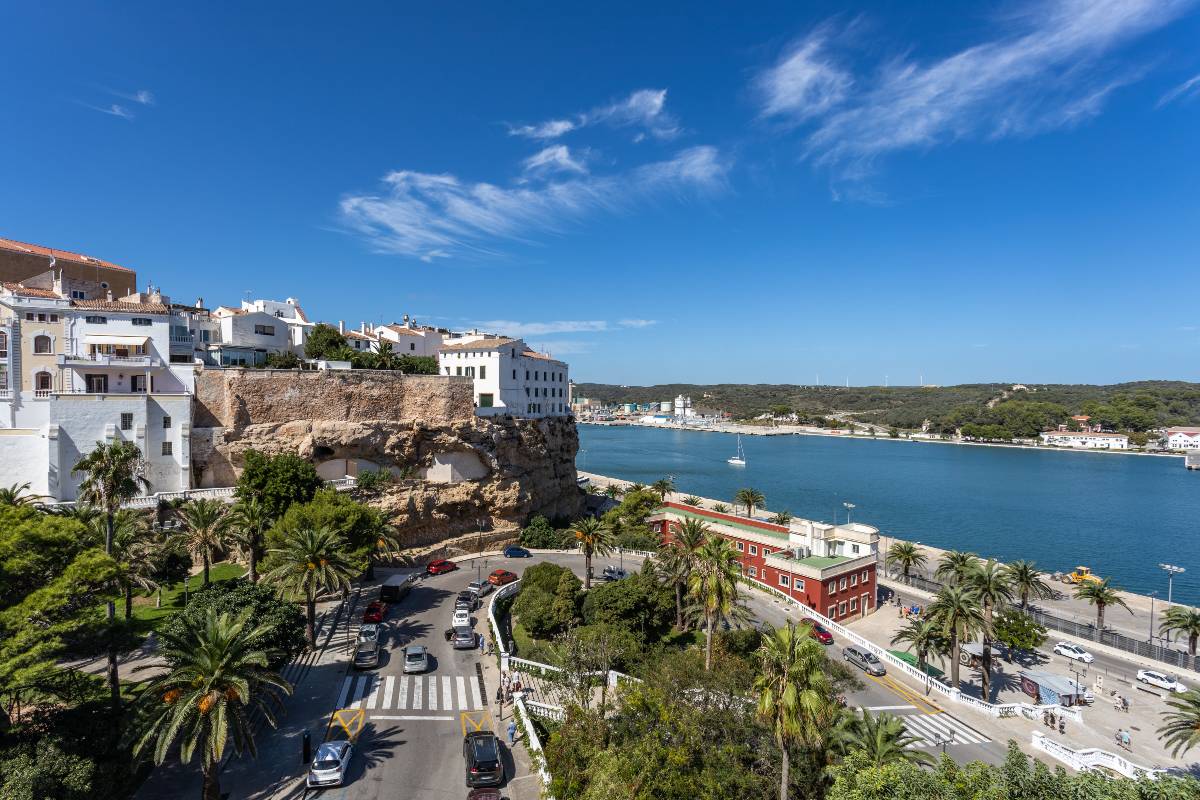 The lively Plaça d'Espanya, the setting for the main monuments such as the neo-Gothic Santa Maria Cathedral and the important Archaeological Museum, is a must, while the Baixamar district is the centre of nightlife: close to the port, which is a natural inlet second in size in the world only to Pearl Harbor. This is where the transparent-bottomed catamarans leave from, taking you to nearby bays and coves that are difficult to reach by land. It is thanks to these special boats that you can admire the beauty and variety of the island's fauna. 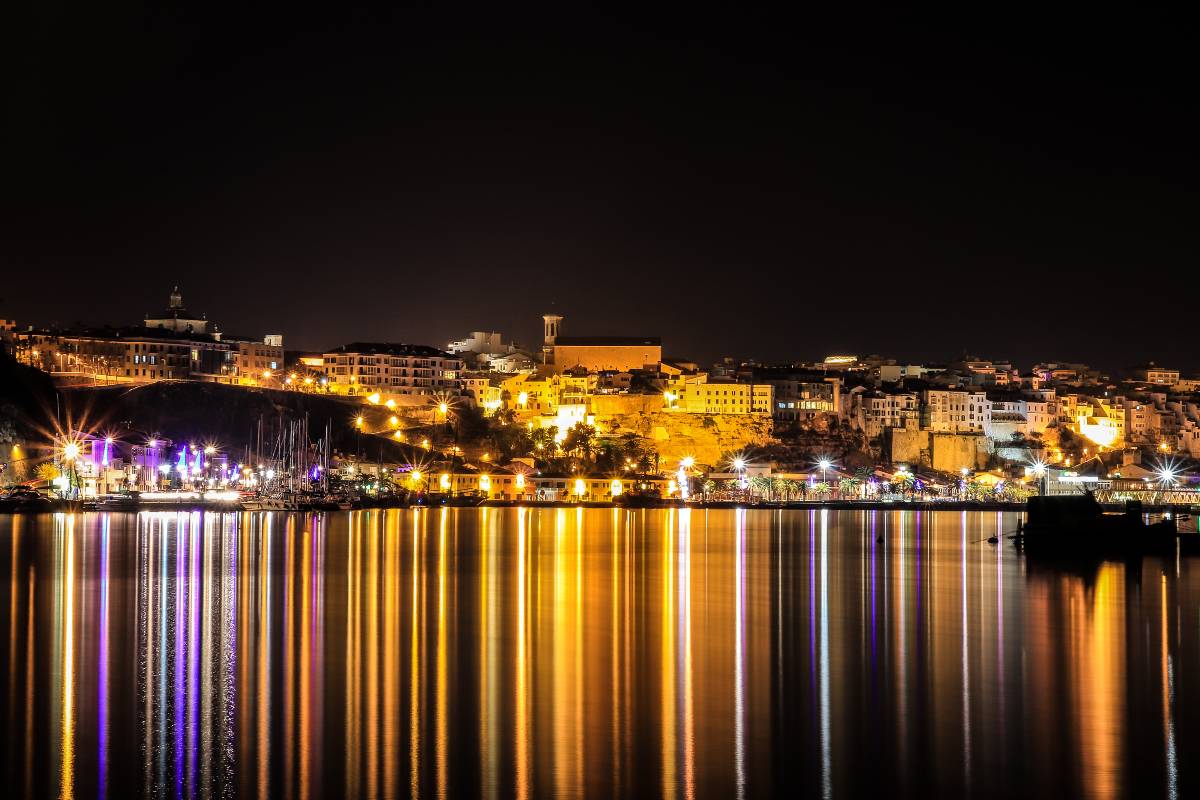 Ciutadella, the rival village
In the north, Ciutadella is the real old town of Menorca, the capital by right, with traces of a Talayotic past (Bronze and Iron Age) and a Carthaginian foundation; culturally Catholic, then Moorish, then Aragonese and with signs of a Turkish invasion. It encompasses practically the entire history of the island... until 1722, when the English colonists moved the capital to Mahón. In today's village, where original traditional festivals take place, it is nice to get lost in the narrow streets of the old town, a fascinating mixture of Arab and medieval architecture. 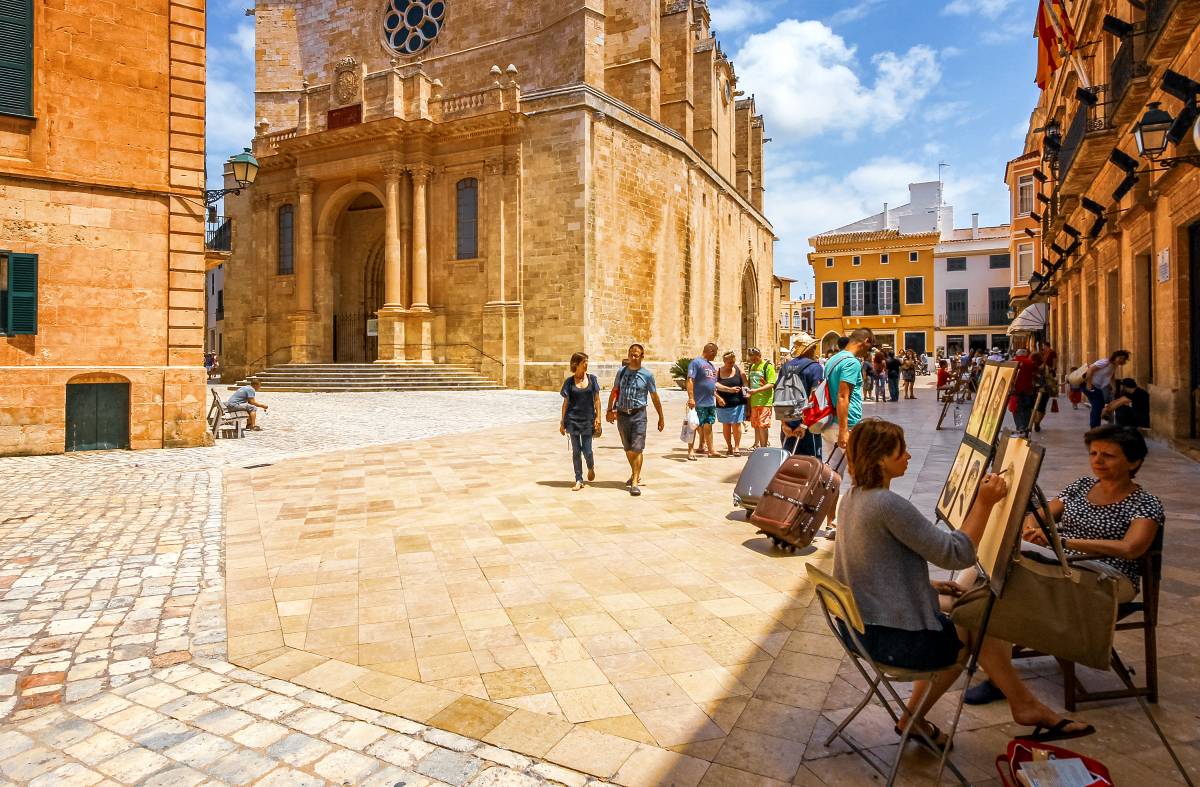 But Ciutadella is also surrounded by spectacular natural surroundings, including some of the island's most beautiful beaches: the popular Cala Blanca, a small u-shaped beach flanked by rocky cliffs; Cala Santandria, set in a long, rocky inlet and bathed by an incredibly blue sea; the wild Son Saura beach with its fine sand surrounded by a thick pine forest. Then there are the small urban beaches of Sa Caleta and Cala en Blanes, which have been awarded the Blue Flag, the eco-label awarded to seaside resorts that comply with criteria relating to sustainable land management. 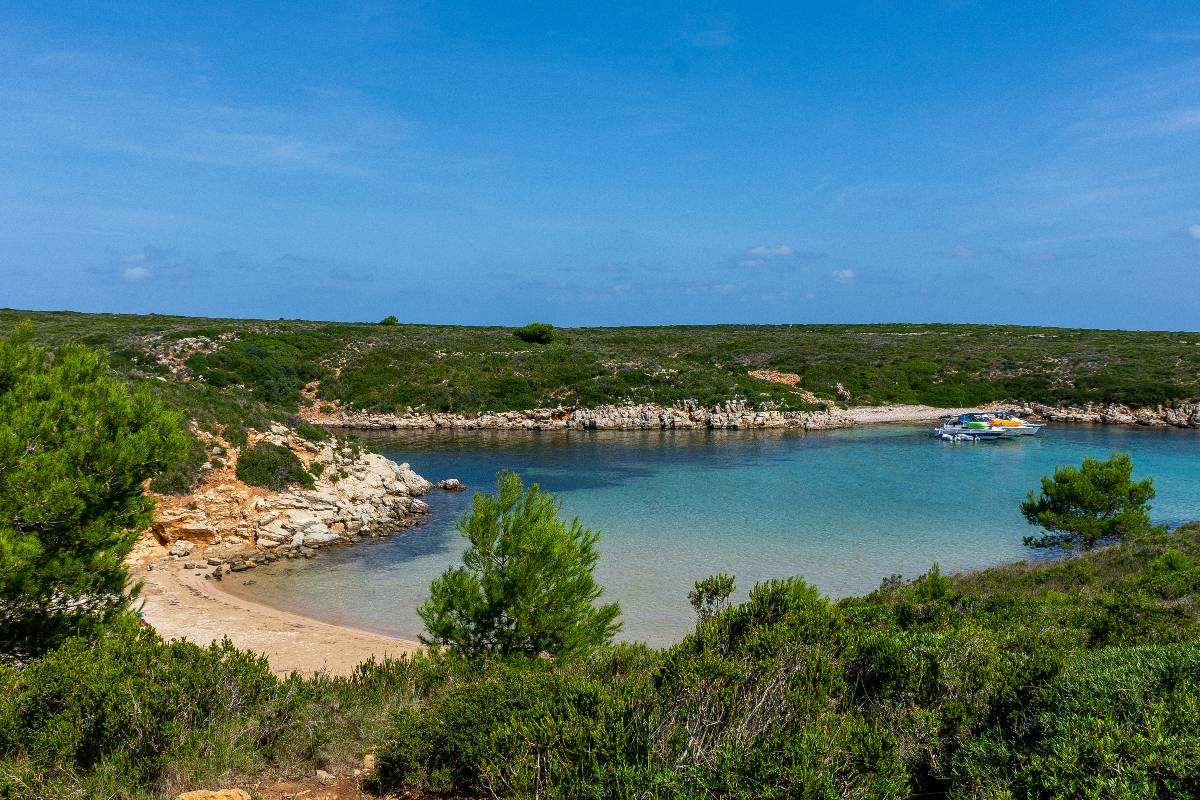 On the cover Cala en Brut

What to see in Bastia: 3 things not to miss
Myanmar: from dictatorship to tourist destination
4 amazing places to discover in New Zealand
More...