Share
Bomarzo, known above all for the Parco dei Mostri or also known as Sacro Bosco, is divided into five districts that compete for the Palio di Bomarzo every year on April 25th: Dentro, Borgo, Poggio, Croci and Madonna del Piano. The origins of the village are still shrouded in mystery, as it was probably founded by unknown peoples, such as the Meoni Asians or the Rinaldonians.

A look at Bomarzo 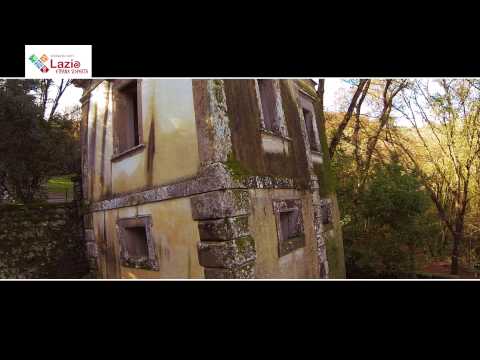 The origins of Bomarzo are still shrouded in mystery. Probably founded by the mysterious and unknown peoples, as Asians Meoni or Rinaldoniani, sources testify that the territory was densely inhabited first by the Etruscans and later by the Romans, who conquered it around the V century. C. and ne ascrissero population to Arniense tribe. In the witness of those times remain even today many tangible evidence in the area bomarzese: the Etruscan Pyramid, the cut and the necropolis and the ruins of a Roman aqueduct, furnaces of the Volumnis.

Part of the Roman Empire until its fall, Bomarzo was below the straight line by its bishops until the abolition of the diocese which took place in the XI century. During this time he was repeatedly invaded: first by the army of King Totila during the Gothic War (535 552), followed by the Longobards of Alboin, between 569 and 590. The latest invasion was in 739 by the hand of the King Liutprando, that the subtracted to Roman Duchy together with Ameria (Amelia), Orte and Blera. Below Bomarzo was always an integral part of the Papal State, and in particular of the Delegation of Viterbo, which belonged until 1866.

During the centuries, however, the town passed several times to hand: sold by a certain Uffreduccio Risio to the town of Viterbo in 1298, was then supportive to the Orsini, who kept it until 1646. After this date, the Duke of Bomarzo Marzio Orsini (1618-1674) sold the fief to Ippolito Montefeltro Lante della Rovere (1618-1688), whose family owned it until 1837, when Duke Giulio (1789-1873) sold it to the Borghese. After the Third War of Independence, in 1866 Bomarzo was annexd to the Reign of Italy.

Certainly deserve a visit to the famous park of Monsters, also known as Sacro Bosco, Orsini Palace and the Church of Santa Maria Assunta in Cielo. The village is divided into five districts that you compete every year, on 25 April, the Palio di Bomarzo: inside, Borgo, Poggio, crosses and Madonna of the plan. Recently an institution is the Torneo dei Rioni, competition of football to five.

Near the village of Bomarzo lies the small village of Mugnano, a small town located on a tufaceous spur characterized by the imposing tower of the Orsini.

Piazza Sant'Agnese, 16 - 01030, Vitorchiano (Viterbo)
7.07 Kilometers from Bomarzo
Moai of Vitorchiano
The Moai di Vitorchiano was sculpted in the 90s exclusively by hand with the typical Maori axes a...

Via Casa di Santa Rosa - 01100, Vitorchiano (Viterbo)
7.60 Kilometers from Bomarzo
Cinque Sensi Park
The main feature of the Cinque Sensi Park is the barefoot path, inspired by the Northern European...

Via Gramignana, 1 - 01030, Vitorchiano (Viterbo)
8.22 Kilometers from Bomarzo
Farnese Palace
The Farnese Palace (or Villa Farnese) is located in Caprarola, in Lazio.

Via Borgo Cavour, 45 - 01030, Vitorchiano (Viterbo)
7.31 Kilometers from Bomarzo
Farnese Palace
The Farnese Palace (or Villa Farnese) is located in Caprarola, in Lazio.

Piazza Farnese, 1, Caprarola (Viterbo)
18.10 Kilometers from Bomarzo
Moai of Vitorchiano
The Moai di Vitorchiano was sculpted in the 90s exclusively by hand with the typical Maori axes a...

Strada Provinciale 23 della Vezza, 19 - 01030, Vitorchiano (Viterbo)
7.13 Kilometers from Bomarzo
Flower Museum
The Flower Museum is located near the village of Acquapendente, in Lazio.

L’Arco del Gusto
Tastings and products typical of the area of the Tuscia.

Bomarzo as Giza: discovering the hidden pyramid
Bomarzo as Giza. Yes, at the gates of the small Lazio village in the province of Viterbo there is a bit of Egypt. Recently, in fact, a pyramid was discovered in the heart of the impressive Park of the Monsters, famous for its gigantic sculptures depicting mythological characters. A real fantasy kingdom in which, among weeds and fallen leaves, a ...
Continue