Share
The splendid village of Duino is made up of the romantic ruins of the old castle, the imposing bulk of the new castle with its rooms, the park, the bunker and the breathtaking view. The historic center of the village, gathered around the castle, was in ancient times protected by walls still partially visible today. 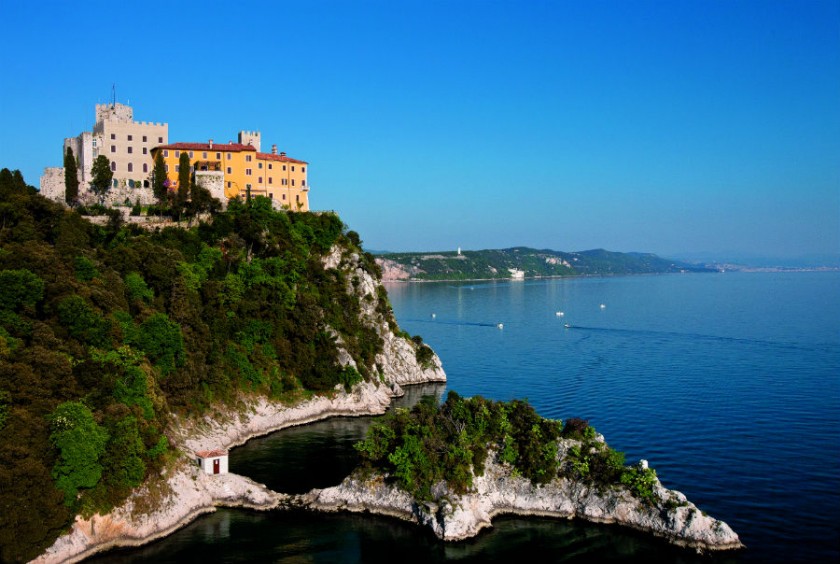 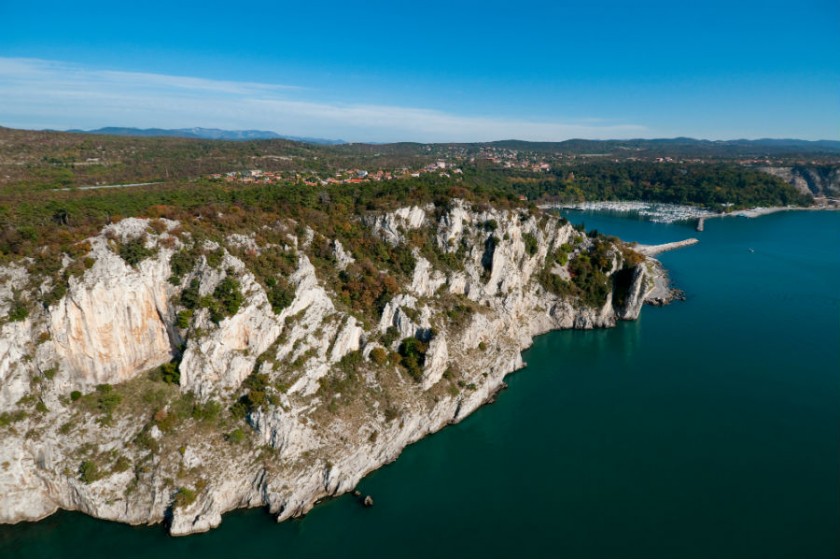 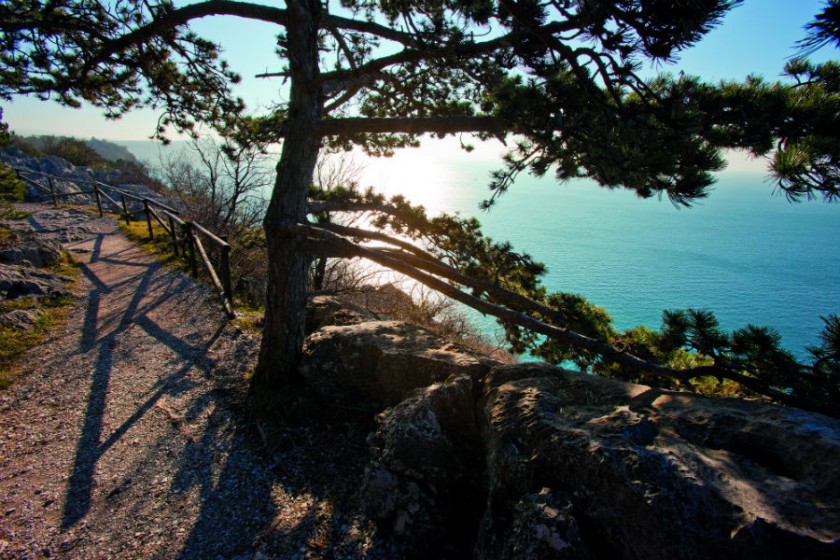 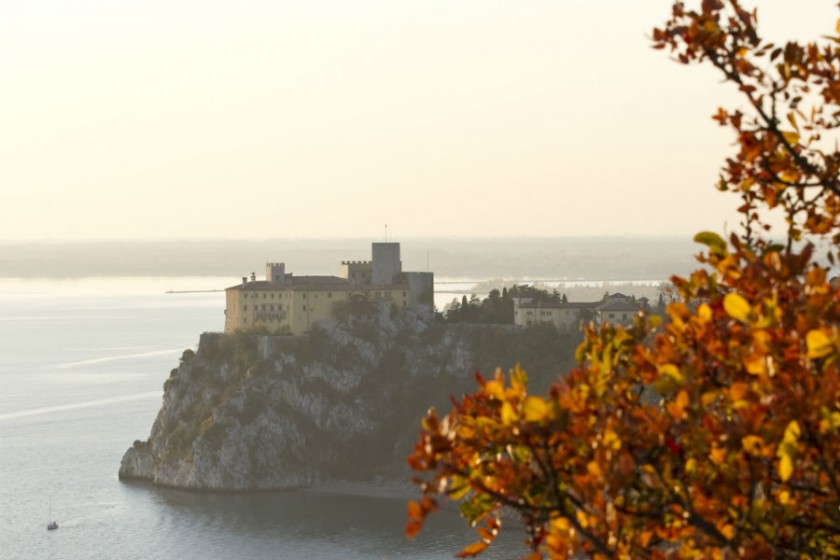 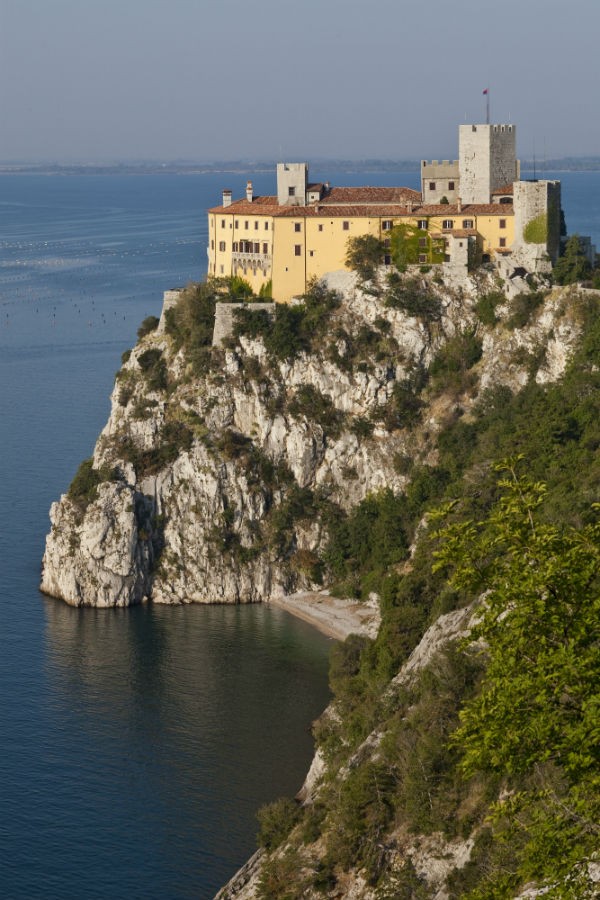 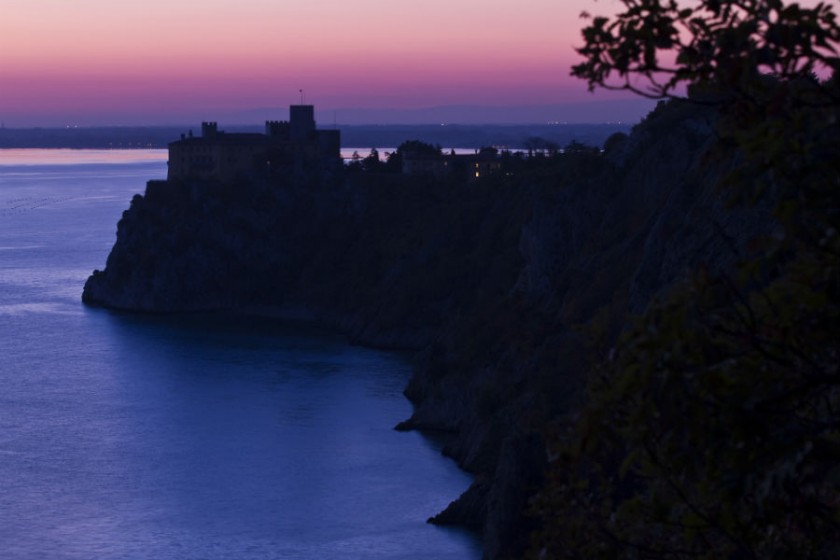 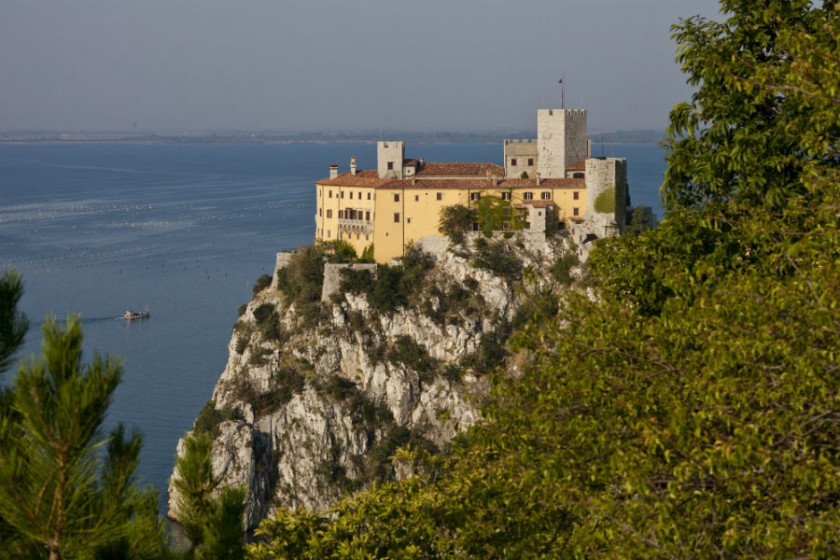 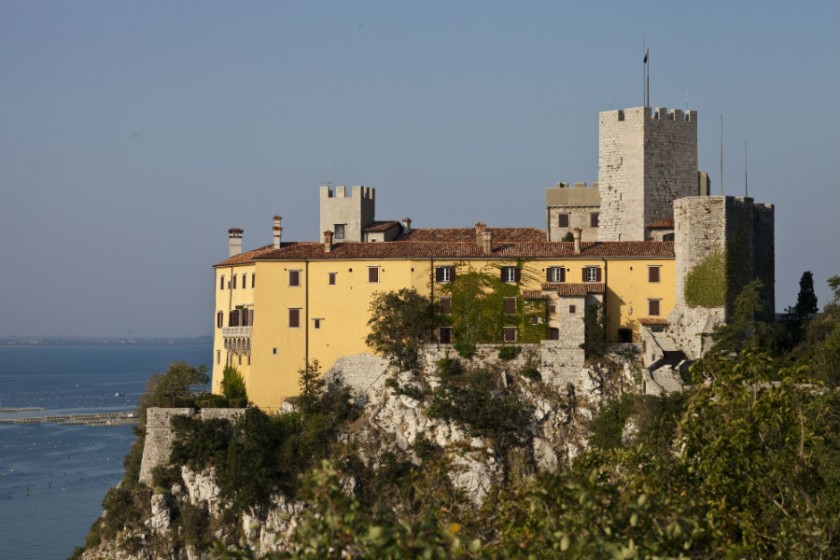 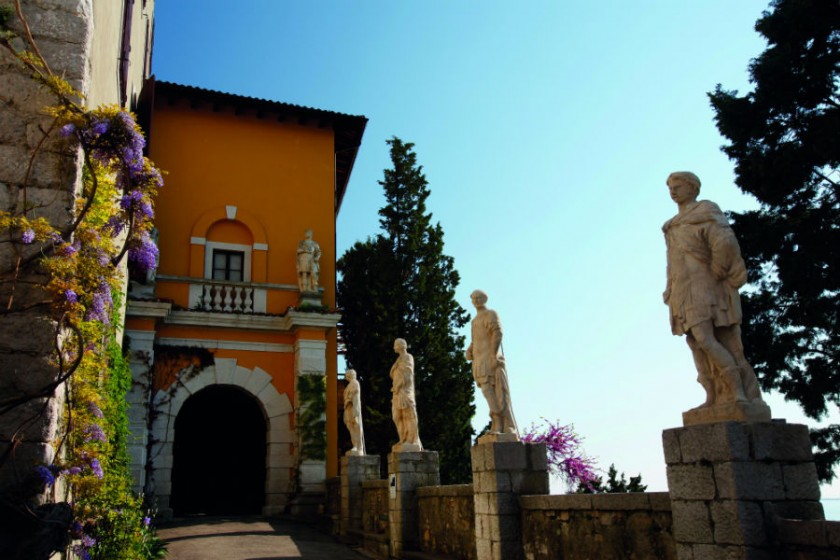 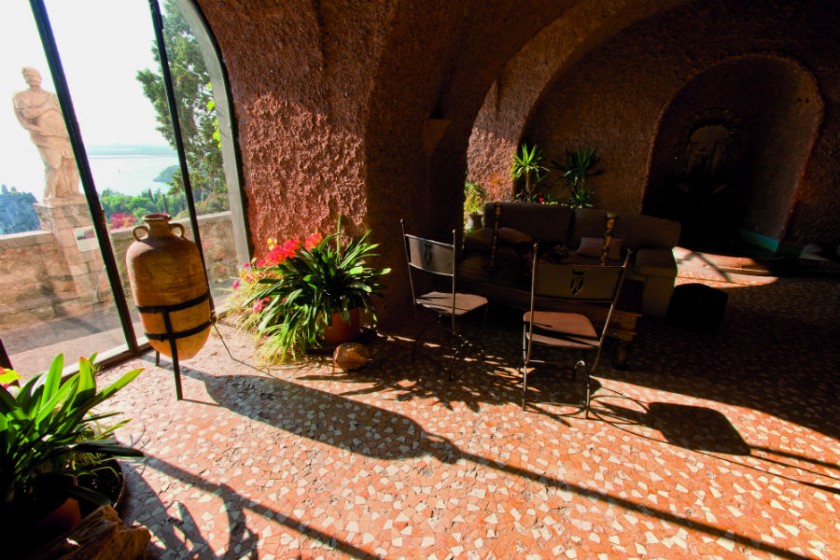 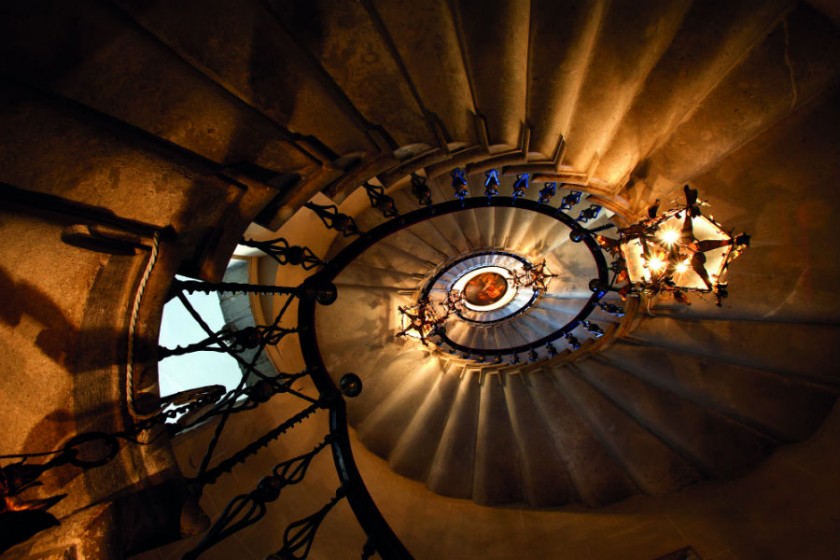 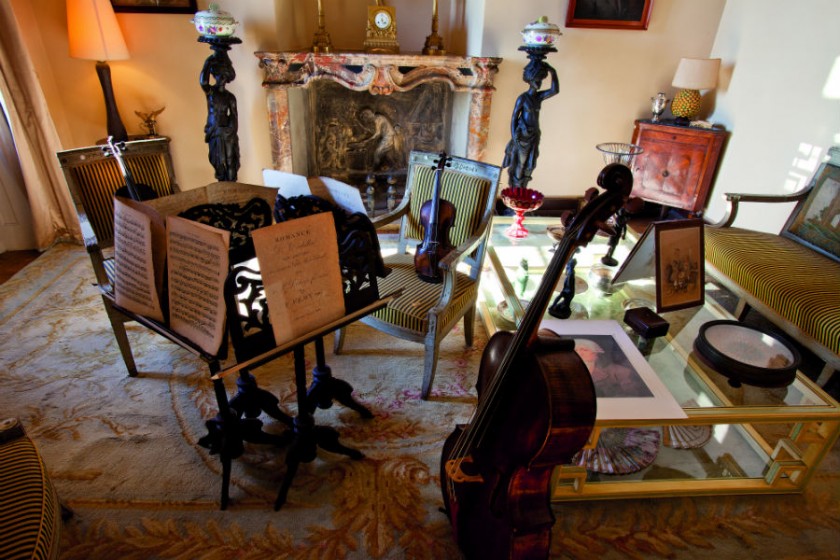 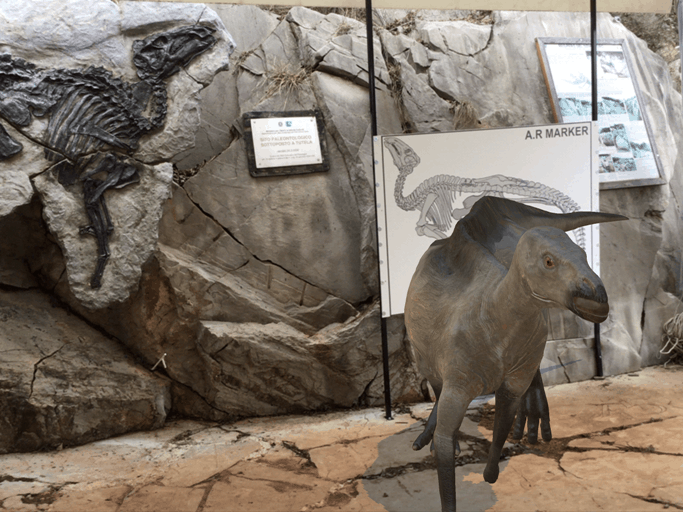 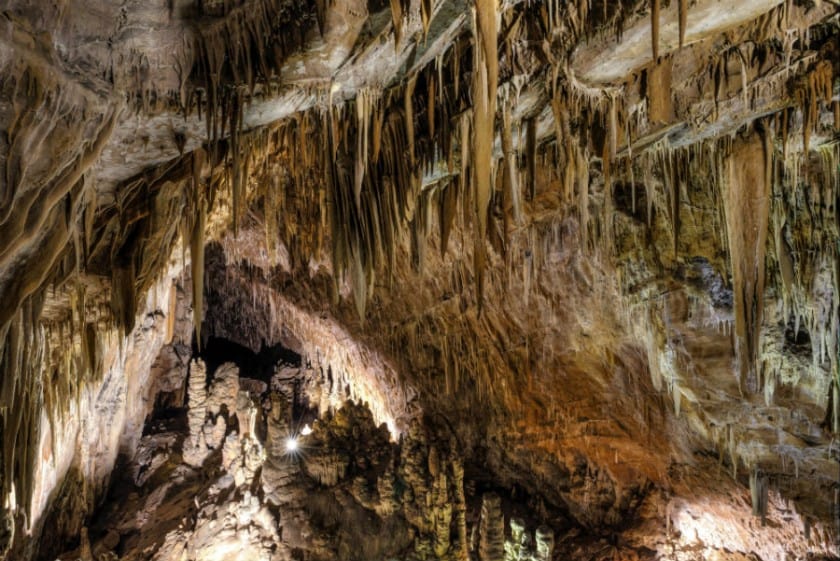 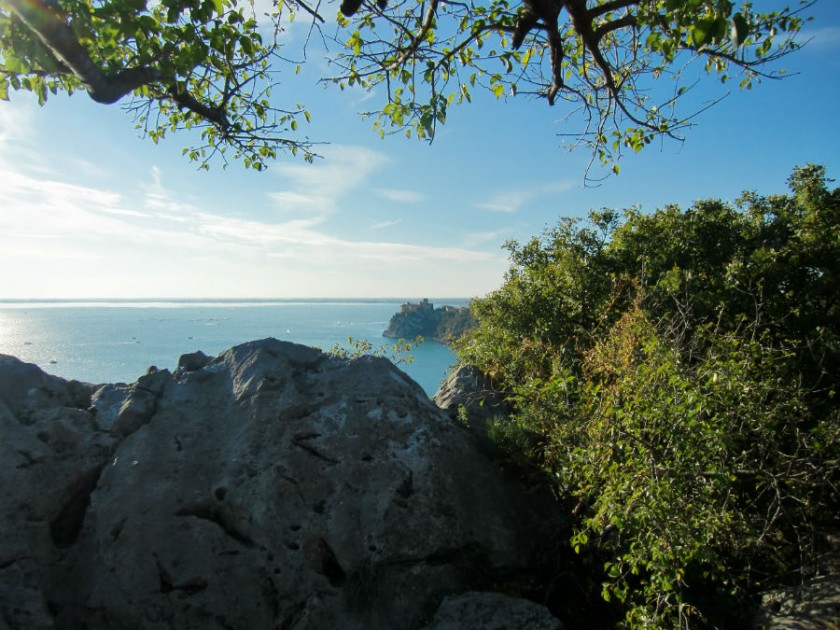 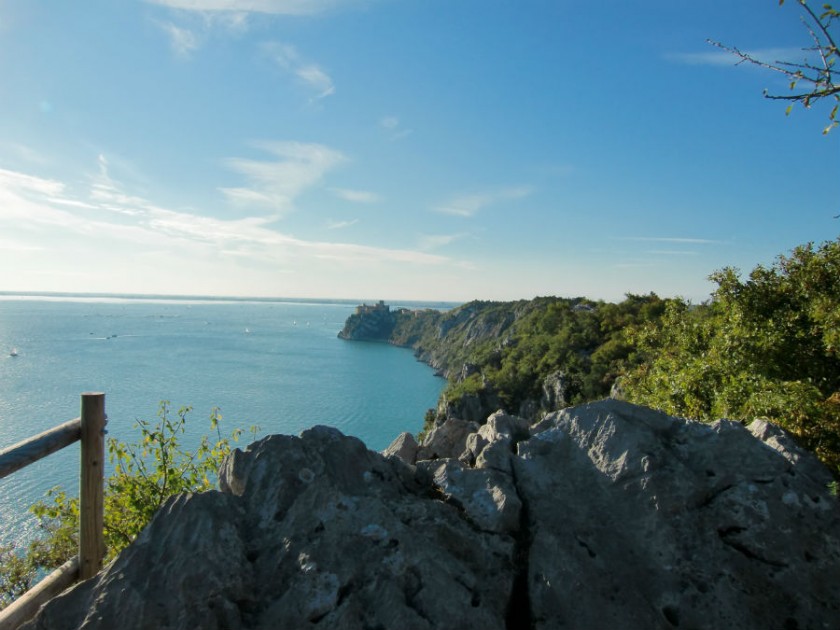 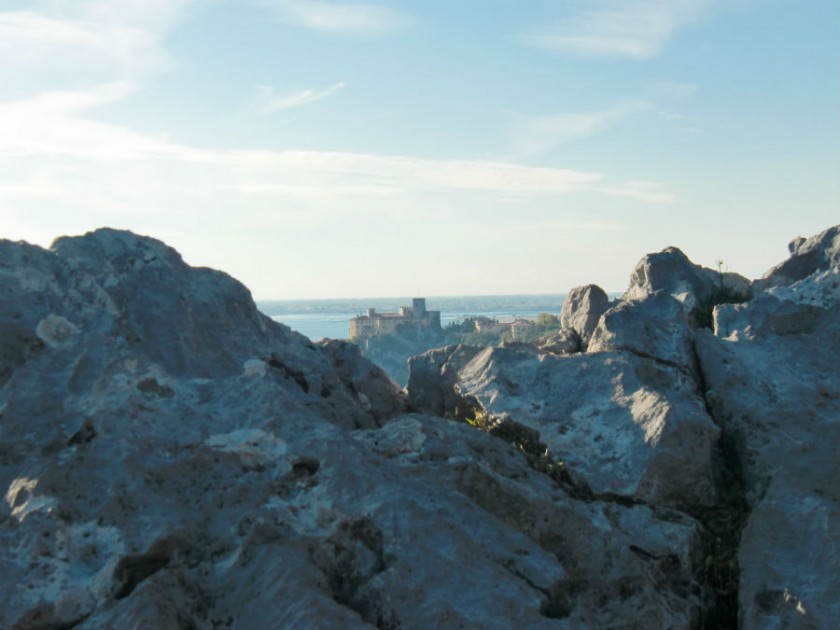 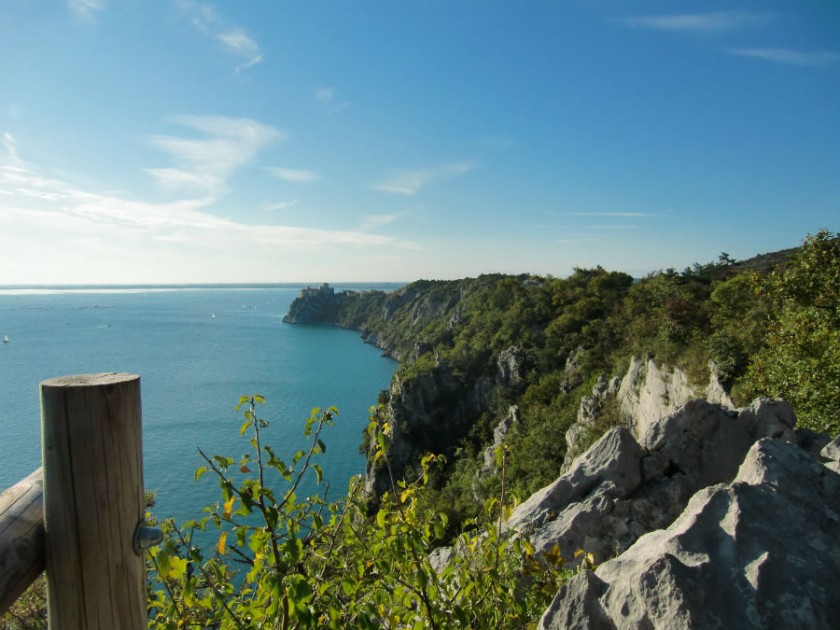 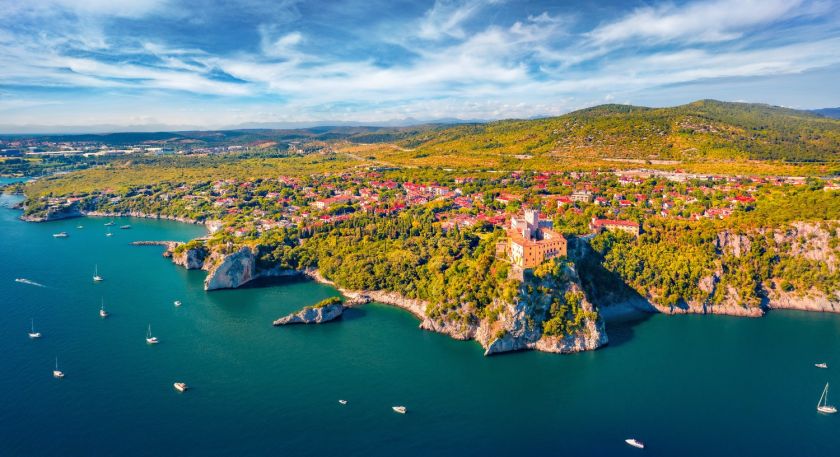 The ancient fishing village of Duino/Devin Duìn (in dialect triestino Devin in Slovenian and Tybein in German) is located between the southern slope of Monte Ermada/Grmada (323 m.) and the white cliffs that plunge into the Adriatic Sea. Make up this wonderful village the romantic ruins of the old castle, the imposing new castle with its salt, the park, the bunker and the breathtaking panorama. The manor, inhabited by the principles of the tower and the rate can be visited, together with its elegant garden. The suggestive "ulca", the narrow lane that by the Church continues along the walls of the castle surrounded by picturesque houses. Then there is the marina, the islet of Dante, the Bosco della Cernizza/Črničje crossed by trails that lead to the paleontological site and to the source of the River Timavo Timava/. The Monte Ermada with its dolines, caves, the trenches of the first world war and the ruins of Coische/Kohišče is interesting hiking destination. The Natural Reserve of the cliffs of Duino inside which winds the Rilke Promenade, makes this village a tourist destination that remains impressed in the hearts and minds of the visitors. Its development and its history are inextricably linked to those of its two castles, the old castle and new castle, even if the archaeological discoveries have demonstrated the presence of settlements already starting from the late Copper Age. From that time the area has always been inhabited. Is the locality northernmost in the world where there is a Mediterranean climate.

Before the Napoleonic wars (1796) the territory of Duino was part of the Duchy of Carniola. Until 1923 was part, as already previously to the period of membership in the Carniola, of the County of Gorizia and Gradisca under the Austrian domination and of the province of Gorizia in the period immediately following the annexation to Italy. In 1928 the municipality of Duino was dissolved and merged with the municipalities of Aurisina, Malchina, San Pelagio and Slivia, forming the new town of Duino-Aurisina. Since 1982 Duino is the seat of the United World College of the Adriatic, an international school attended by students from 80 different countries: one of 15 present in the world that are part of the organization of the Colleges of the United World.

The small historical center gathered around the castle and the point of arrival of the Trail Rilke, has a semicircular structure, crossed by narrow lanes and by a main street said ulca (i.e. track in Slovenian dialect of the place). The center was in antiquity protected by walls still partly visible. There is the Church of the Holy Spirit of 1591, located in the vicinity of the walls of the castle that was once part of a monastery of served. With the passing of time the locality has developed guidelines toward Trieste and the Friuli, and toward the sea with the locality of Duino Mare, now linked without solution of continuity with the historic center.

In the town and in the territory of Duino is in force for reads the full bilingual Italian/Slovenian.

The Municipality is part of:
Città del vino
Città dell'olio

Devin Castle
The Devin Castle is situated in the village of Duino, in Friuli Venezia Giulia.
Frazione Duino, 32, Duino-Devin
Mithraeum's Cave
The Mithraeum of Devin, in Friuli Venezia Giulia, is a natural cavity where it is practiced the c...
SS14, Duino-Devin
Rilke Trail
The Rilke Trail is a panoramic promenade running along the Devin Cliffs Natural Reserve, in Friul...
SS14, Duino-Devin
Duino Cliffs Natural Reserve
The Reserve extends along a strip of territory rich of tracks that bear witness to the transition...
Foresteria, 39, Duino-Devin
Antonio the Dinosaur
at the former limestone quarry located between Duino and the village of fisherman was found the s...
Pozzo c/o il Villaggio del Pescatore, SP33, Duino-Devin
Slivia Towers' Cave
The Slivia Towers' Cave is considered one of the wonders of the Carso Triestino in Friuli Venezia...
SP31, Duino-Devin
Isonzo Mouth Natural Reserve
Marshes of sweet water, but also the vast wetlands salted, thickets, woods and grasslands: this i...

Via Grado, 1, Fossalon di Grado, Grado (Gorizia)
12.65 Kilometers from Duino-Devin
Sanctuary of Barbana Island
The Sanctuary is located on the island of Barbana, in the Grado lagoon.

Campo Patriarca Elia, Grado (Gorizia)
20.16 Kilometers from Duino-Devin
Grado Archaeological Area
the archaeological area of Grado is located in the historic center of the village, in Friuli Vene...

Travel proposals in Duino-Devin and in its territory

Explore the Giant Cave and Duino Castle - from 88 €
Discover two of the most extraordinary places in Friuli, starting from Trieste.
| Travel proposal valid until: Tuesday 25 april 2023
4 hours | Valid all year round | Max: 15 people

Discovering the natural reserves of the villages of Friuli Venezia Giulia
Concurrent with the release of the June 2018 issue of Borghi magazine, here is a gift for all nature lovers. In the family, in pairs or for solitary adventurous, we will deepen the discovery of the water lands and the natural reserves of Friuli Venezia Giulia. Excursions on foot, by boat or by bike, and then unmissable events, birdwatching, unique landscapes and a brand new interactive app for your holidays in contact with nature! L...
Continue
Recipe: Jota, the tasty minestrone of the Friulian villages
In the past, the jota was based on essential and protein ingredients: sauerkraut, beans and cornmeal. The only concession to the throat was given by the pestat, a mixture of lard and aromatic herbs. Nowadays this typical cuisine cooked in the villages of Friuli-Venezia Giulia - also present on the tables of the provincial capitals - is served all year round and, depending on the climate, hot, cold or lukewarm, usually accompanied by wine glasses of the Carso that enhance its flavor. The jota also represents the pleasure of meeting and lig...
Continue
The legend of the ghost of the beautiful White Lady of the castle of Duino
Some say that, looking down, over the precipice towards the sea, from the ruins of the old castle of Duino, ...
Continue