Share
Bardonecchia is divided into two villages: the Borgo Vecchio and the Borgo Nuovo. The ancient inhabited center consists of the Borgo Vecchio, gathered around the Parish Church of Sant'Ippolito. Dominating the basin of Bardonecchia is Tur d'Amun, one of the most significant early medieval archaeological complexes in the Susa Valley. The basin is also known for the extraordinary cycles of frescoes and the wooden retàbles that decorate the chapels of its hamlets. 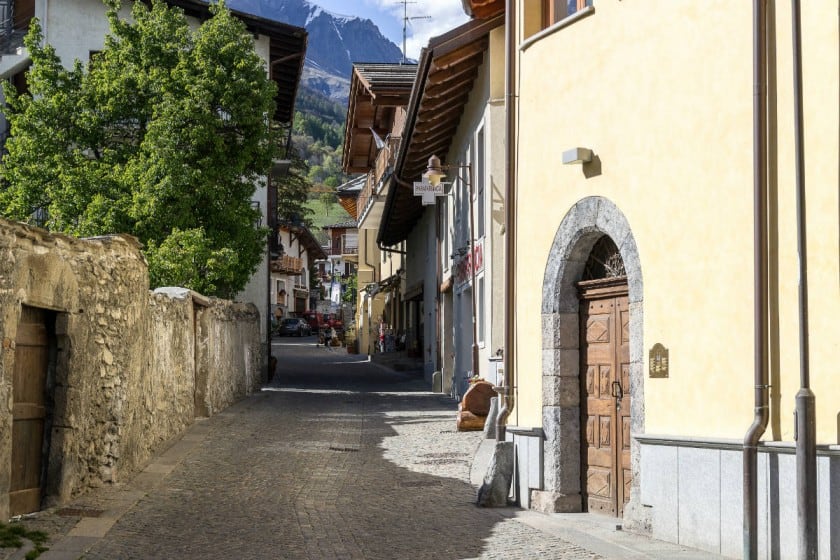 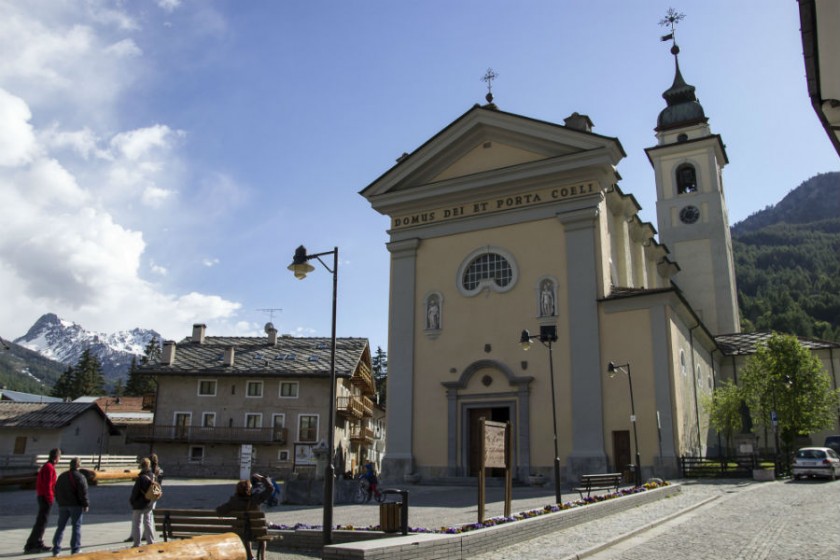 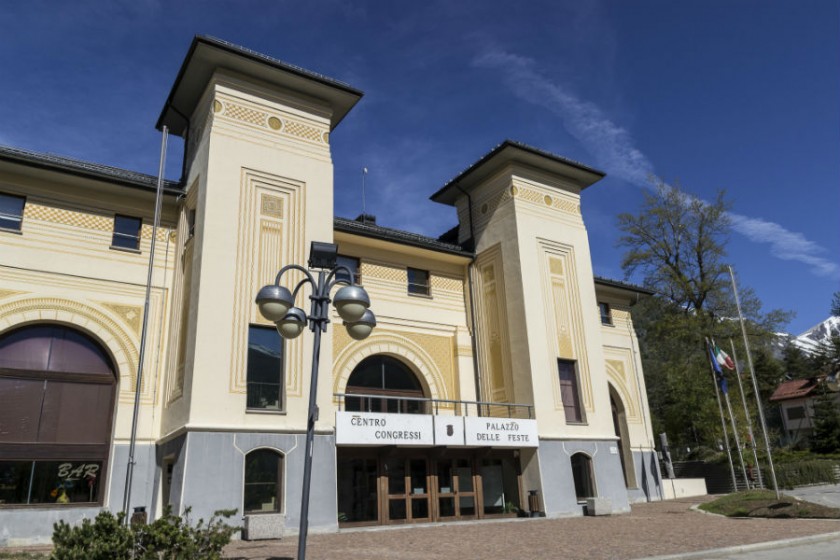 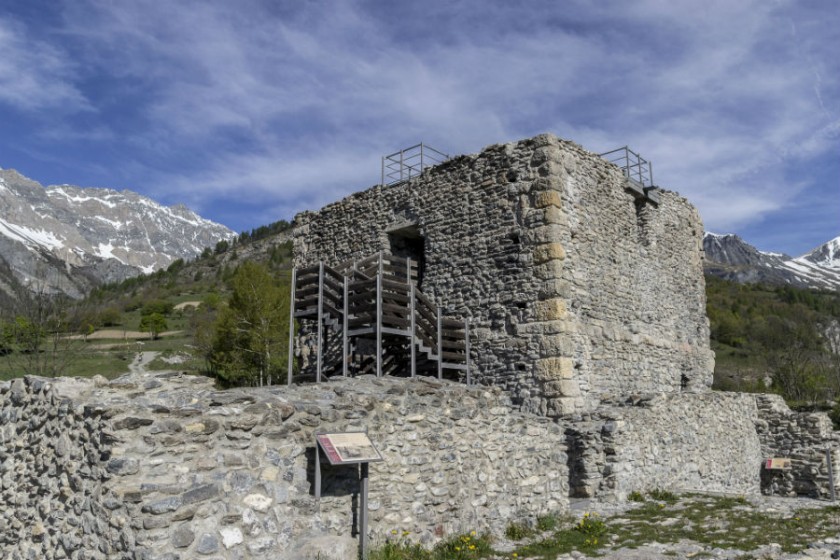 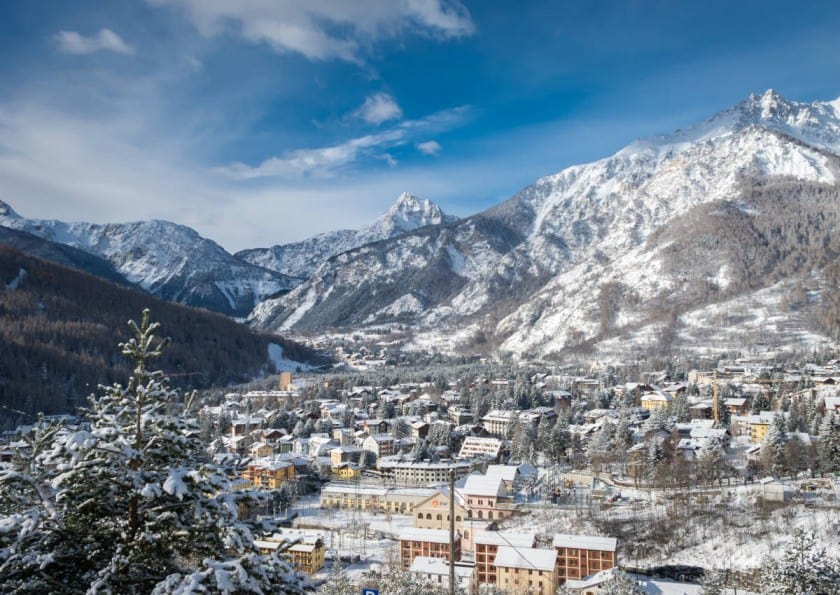 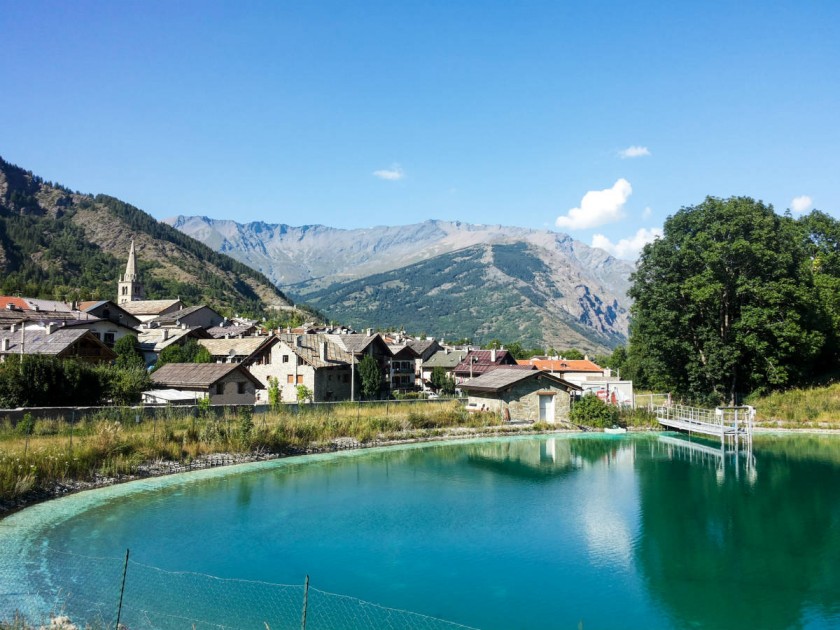 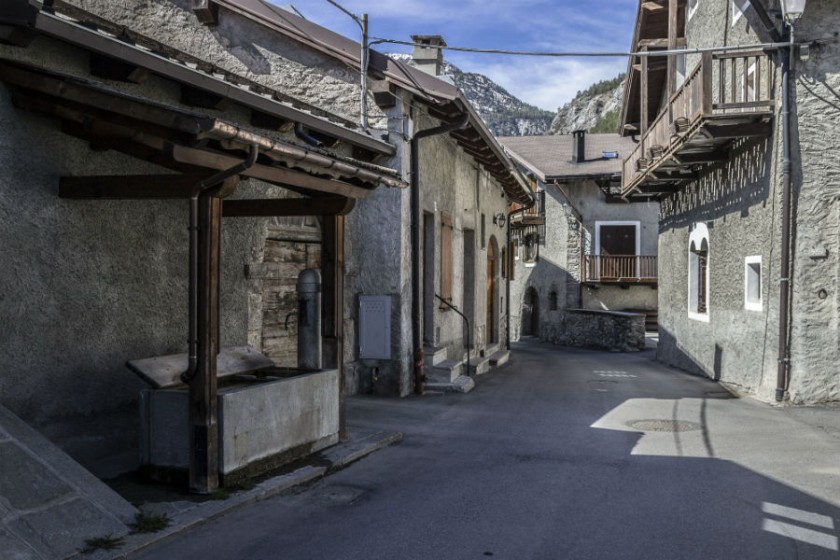 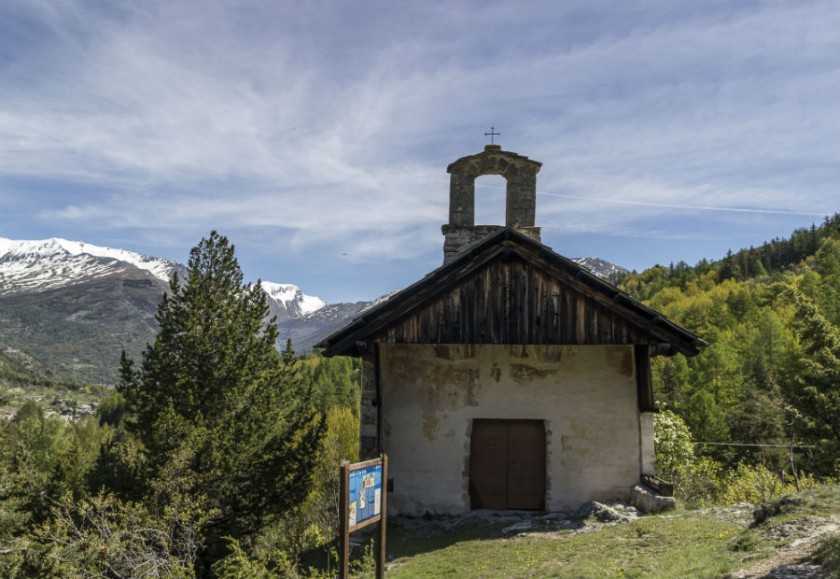 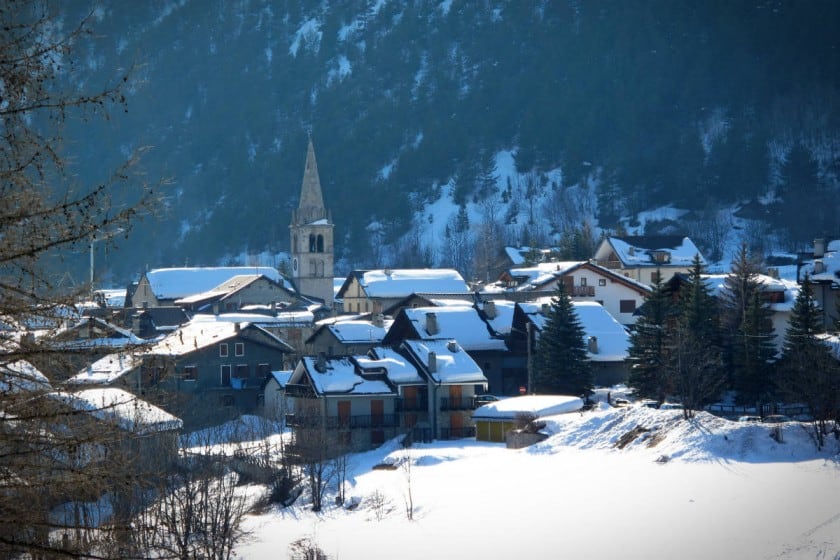 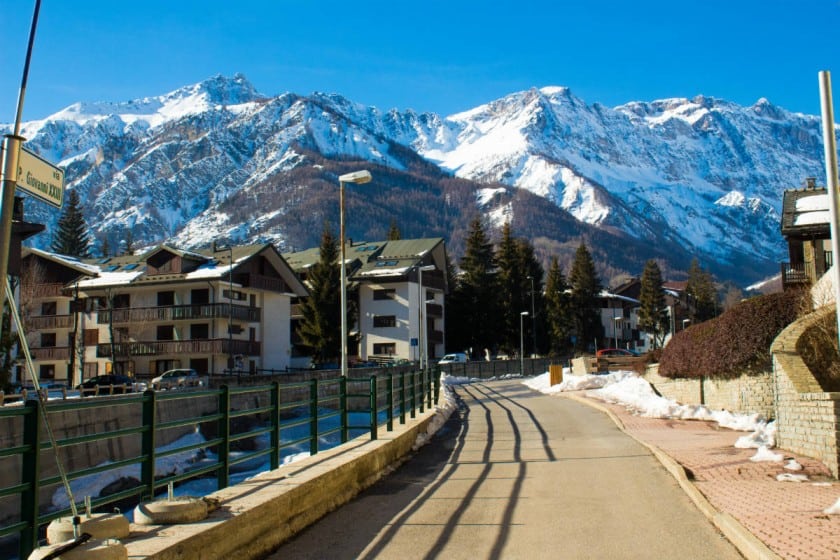 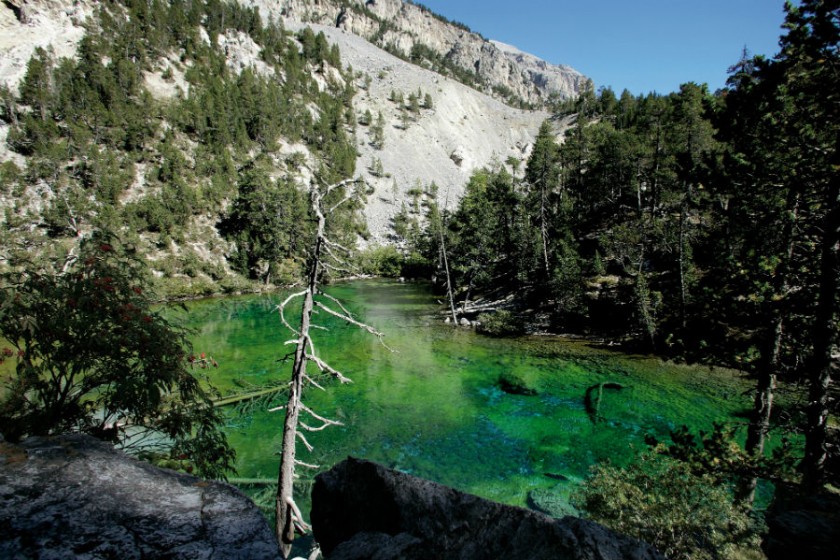 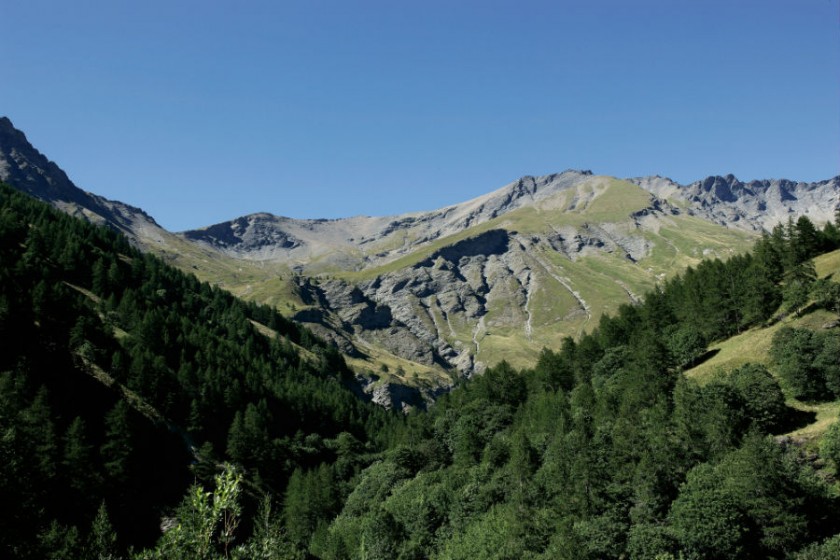 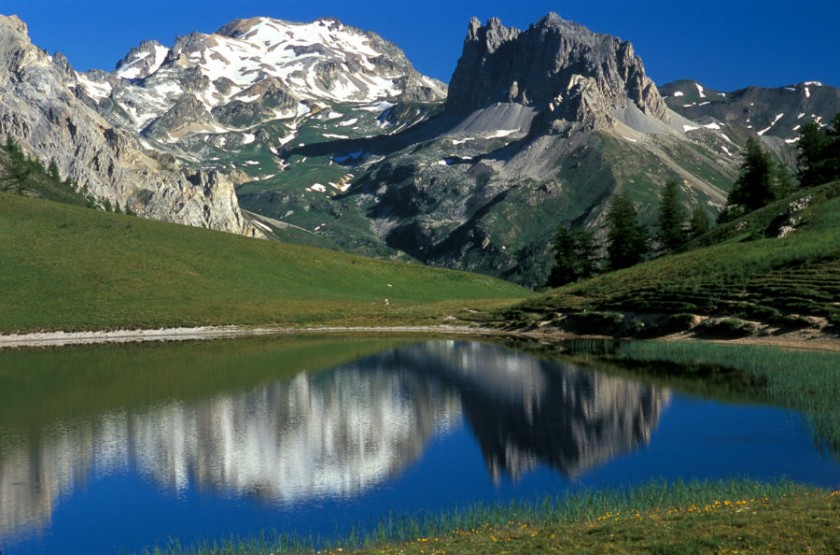 A look at Bardonecchia

Bardonecchia is divided in two villages: the Borgo Vecchio and the Borgo Nuovo, but its territory also includes some villages that were once autonomous municipalities: Les Arnauds, Melezet, Millaures and Rochemolles. The ancient nucleus of Bardonecchia is constituted by the Borgo Vecchio, gathered around the Parish Church of Sant'Ippolito characterized by the feature of having two bell towers. The interior preserves wooden furniture of merit as the ancient fifteenth-century choir purchased from the Abbey of Novalesa while the seventeenth-century retable of the high altar is in the style of the workshop of Jacques Jesse of Embrun. On the square of the Church overlooks the Civic Museum, the ancient seat of the Municipal House, which hosts on two floors the collection of testimonies of culture local material: furniture, tools, traditional costumes, antiquities of religious character.

To dominate the valley of Bardonecchia is the Tur of Amun (XIV century), one of the most significant archaeological complex high medieval Susa Valley. At this place you anchor the historical figure legendary François De Bardonnèche, a local feudal lord who inspired legends and books. From Borgovecchio via Ponte delle Tre Croci you can reach directly the surroundings of Les Arnauds and Melezet with walk of the channel, whose water a time served to feed the machinery for the work of the Frejus Tunnel and today is enriched with wooden installations of contemporary art. The conca of Bardonecchia is also known for the extraordinary cycles of frescoes and wooden retàble that decorate the chapels of its surroundings: the retable (XVII sec.) of San Lorenzo in Les Arnauds, frescoes (XV-XVI sec.) of the Chapel of Notre Dame du Coignet, garlands of master carvers of Melezet (XVII-XVIII) of the parish church of Sant'Antonio Abate, the frescoes (15th century) of the chapel of San Sisto at Pian del Colle, the retable of the parish church of Saint Andrew the Apostle to Millaures and frescoes (15th century) of the chapel of the SS.Andrea and Giacomo to Horres, frescoes (XV and XVI sec.) of the pylon of Pra Lavin and the parish church of San Pietro in Rochemolles.

From the historic center is also accede to the two valleys of Rho and Frejus, to the homonymous Grange and to the hamlets while the hills namesakes, practicable on foot or by mountain bike or on horseback, connect Bardonecchia the town of Modane, first French center at the outlet of the Frejus tunnel. The works for the construction and the inauguration of the 1871 the railway tunnel of Frejus changed the landscape and decreed the birth of the new village and tourism. With mountaineering and skiing Bardonecchia (undertaking in 1901 Adolfo Kind to mount Tabor) became one of the hearts most important tourist attractions of the Alps: tourist destination and resort, saw a strong building expansion with the construction of large hotels, villas in Liberty style and the Palazzo delle Feste, as a fruit of the great protagonists of the international architectural culture as Carlo Mollino, Gino Levi-Montalcini, Mario cap and Carlo and Paul Ceresa. Today it is a tourist town of mountain that animates both in summer and in winter with the ski slopes of the Colomion and Campo Smith or the Jafferau, but also with calendars rich of events of international significance.

The path of liberty comes up in Susa Valley, where at the beginning of the twentieth century the mountain becomes a space for the invention of new sports disciplines: the birth and spread of the ski and winter sports in Valle di Susa are enshrined by the foundation in 1908 by the Ski Club of Bardonecchia and in 1909 by the first championships of descent in the slopes of the Colomion, tested in the jump by Adolfo Kind and by Harald Smith. Bardonecchia, Sauze d'Oulx and Sestriere become spaces of invention and construction of the real mountain and its laboratories of urbanization and landscape by architects and engineers in Turin that with creativity and innovation design hotels, villas and condos for hosting the elite torinese aristocratic and high bourgeois who practiced skiing. Bardonecchia, with the propulsive thrust of the Frejus tunnel at the end of the nineteenth century, saw the birth of a first form of summer tourism limited both in terms of flows that are social composition, becoming a mountain town: neighborhoods of terraced houses, lanes, architectures around the Kursaal (1911), i.e. the Palazzo delle Feste.

The architectures of the period interpret the eclectic style of the swiss chalet that is reflected in the projects of the tourist towns and spas of the epoch equipped with adequate facilities to the narrow and elite clientele. Noteworthy, even if some unfortunately were demolished, are the villas or buildings designed by Carlo Angelo Ceresa, which winds a continuation of the old village to the crown of the Palazzo delle Feste: villas immersed in gardens, separated by fences and fences to isolate it from other buildings, between these Villa Conte (1908), Villa Devalle (1912), Villa Ceresa (1908), Villa Gardino. The growing fame as a tourist resort is accompanied to the enlargement of the hotel offer for reception of higher numbers ensuring high levels of comfort as the Palazzo Frejus (1928). The diffusion of the skiing in subsequent decades led to a conversion of the economy of the localities of the Alta Valle di Susa by orienting it toward the construction of the lifts and trampolines and constructing buildings more and more at the service of mass tourism with: famous Lo Chalet Carlo Mollino (1947) for the arrival of slittovia, Cologne Fiat (1937) of Bonadè loot, at Bardonecchia Colony IX May (1937) of G.L. Montalcini, known as Cologne Medail and today the Olympic Village, the colony Italsider at Sansicario in Cesana.

The Palace of the Feasts
since the earliest urban projects of Bardonecchia of early twentieth century, was provided for the construction of a great Kursaal or Palazzo delle Feste: if it sought the strategic position to underline the centrality of its role as the seat of entertainment. Very interesting, because it expresses the desire to create a center of considerable socio-economic interest is one of the versions of the project: the Grand Hotel The Rho that for its magnificence in the proportions, decorations and in the amplitude makes us understand the grandeur of the aspirations of those years. On the ground floor ballrooms, salt from music, game rooms, billiard, study, dining rooms, as well as a theater with the Gallery composed of a cinema; on the first floor 42 bedrooms including 28 doubles. From the drawings of the prospectus are two other floors probably also intended to bed area in which case the rooms were in total 126. In the park tennis courts and a small chapel in memory of that of S. The Spirit, devastated by the flood of 1863. The final realisation of the Kursaal (on a project by Carlo Angelo Ceresa) is much scaled with respect to the Grand Hotel The Rho, is substantially in the main volumes that current unless the recent works of internal restructuring.

The villas of Carlo Angelo Ceresa
On 27 March 1907 in Turin, was founded it is officially the property company Bardonecchia, on the initiative of the engineer Mario Capuccio. The objectives of this company included in the first place the reclamation of the flooded land in 1863 of the area to the west of the old town (Fig.1), the regimen of the stream the Rho, the construction of the aqueduct, the provision of drinking water then still missing, the urbanization and the design of a garden district accessible almost as a park, with palaces and villas "for purpose of lordly campaign" as indicates Ceresa in a publication of the epoch, around a central fulcrum: a grand hall for shows and entertainment.

"The "Villino" as the "Palazzina" arise, it seems, to meet new needs and economic and cultural and represent forms that you could define as typical products of a social class". Also in mountain architecture evokes the image of a social model which is reflected on the formal character of the building works. The distributive character of all villas are very similar: in the basement cellar and legnaia, on the ground floor there are the living room and dining room, the kitchens instead, provided with a side entrance are usually at a lower height equal to about eighty cm. and are arranged side by side or have a mezzanine for the ironing room or for the servitude. The upper floor has two or three bedrooms and inevitable, the room in the turret, always served by a small wooden staircase.

Particular breath is attributed to the main staircase that often is well oriented both to give light to the vestibule of the master input, is to emphasize the "status" of owners; services were present at the ground floor and the first floor; the heating system was to hot air with wood-fired boiler and a little later to coal. The styles and the decorations of the villas are quite different both because it is the expression of this particular historical period, witnesses of an eclectic spirit, both for the needs of the customer, while it can be seen that in the villas designed for themselves and in the Kursaal predilection of Ceresa is for the taste of the "Viennese secession" both in volumes that decorations. Ceresa designs two villas S.I.B (today demolished), Villa Ceresa (old), Villa Conte, Villa Devalle and finally Villa Ceresa (new). The first to be built are the villas S.I.B. (Also called II and III or villas Cap) that, due to the demands of profit, are designed and built in a very short time in the summer months: work will begin in 1905 and end on the first of August of 1907. The Palazzina Ceresa of 1909, by volumes articulated but compounds, distinguishes itself for the decorations that are executed in white limestone and marble powder smoothed with the reverse of the trowel worked in fresco in grafito.

To follow Villa G.B. Devalle (now Villa Amalia) which detaches from the previous ones in the style of the decorative apparatus more consonant perhaps to the needs of the commissioning, begun in 1912 and finished in 1914, still maintained as in the original project as regards both the factory both for the park.
Particular attention was dedicated to the Villa Mr Cav. Ettore Conte in 1911 that, including garage and accommodation chauffeur, reflects the environment frequented from Bardonecchia of those years (now demolished).

Villa Ceresa new (1920-1923, now demolished) is interesting because the structure was in reinforced concrete roof (inclusive) and the decorations were reduced to only the frames of the windows with a first example of the concrete face-view; this was the last opera of Ceresa: during the summer of 1923 in fact the engineer died suddenly and the works were completed under the direction of his wife Eudosia Darbesio Ceresa.

the Municipality is part of:
Unione Montana dell'Alta Valle Susa

Via della Rimembranza, 4, Frazione Beaulard, Oulx (Torino)
6.03 Kilometers from Bardonecchia
Beaulard
Beaulard, part of the municipality of Oulx, is the starting point of various hiking trails in the...

Borgata Constans, 15, Oulx (Torino)
7.43 Kilometers from Bardonecchia
Chapel of the SS. Biagio and Peter at Deveys
The Chapel of Saints Biagio and Peter is located in the heart of the small village of Deveys, nea...

Find where to sleep in Bardonecchia