Share
Ferla is a small medieval village that rises within the Val di Noto. An ancient village full of places of worship full of history, Ferla has its roots in the deep traditions that continue to live in the festivals and folkloristic events that still animate the country. The most deeply felt is the Holy Easter, which every year relives the mystery of the Passion, Death and Resurrection of Jesus with rites and processions. 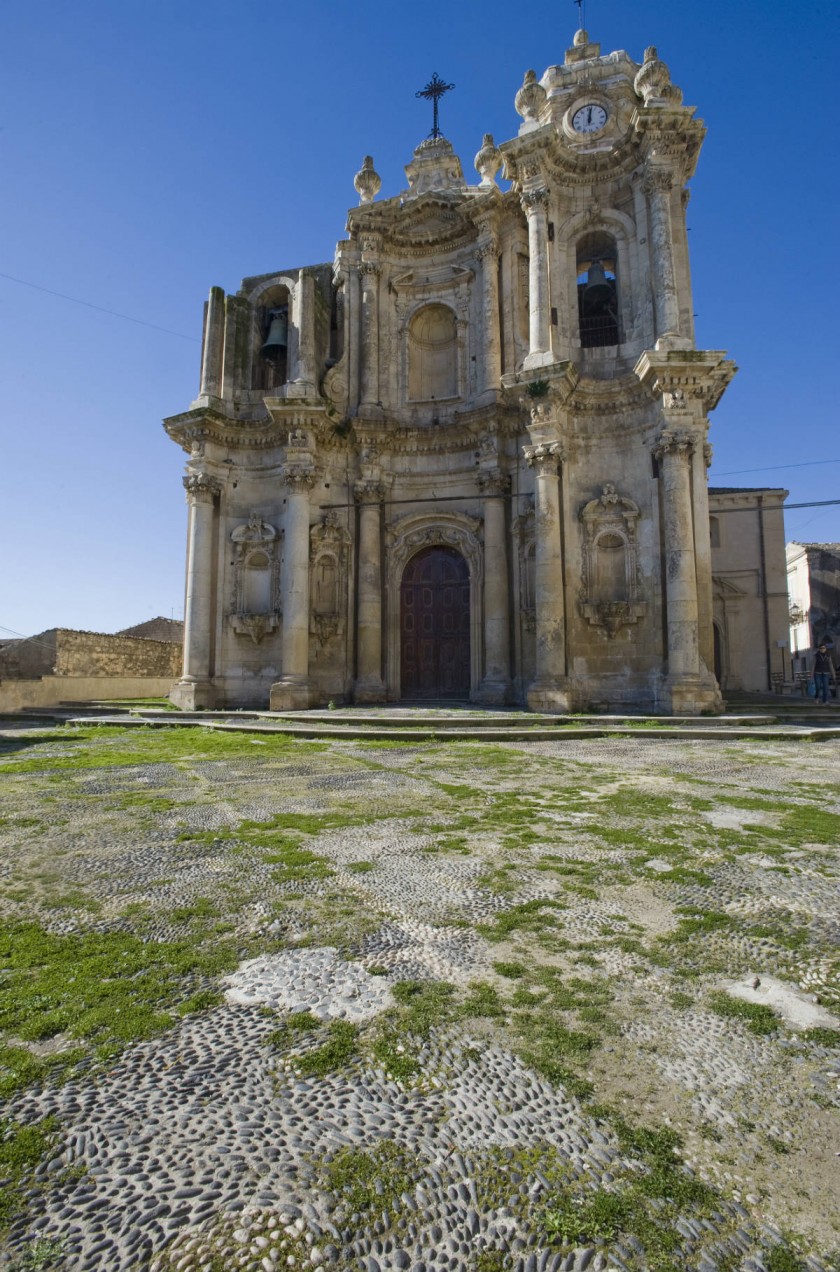 Ferla, a small pearl of the Syracuse area, is a village of medieval origin, built on the remains of a Hellenistic necropolis.
Before the earthquake of 1693, which completely wiped out the medieval town, Ferla possessed a planimetrically irrational layout, since it was conditioned by the considerable accidentality of the soil on which the village stood.
Subsequently, the inhabited center was built more to the north than the ancient one, of which only the flat part and the revolving part around the Mother church, dedicated to San Giacomo, and to the church of San Sebastiano were taken up.
In the steep areas, as is still evident today thanks to the preservation of a large complex of ruins south of the Castelverde district, the architecture was no longer rebuilt for residential purposes, on the contrary, in some cases it was used to obtain vegetable gardens and stables.
The only remains of the medieval village are those that are found in the so-called neighborhood of the Carceri Vecchie, where the alleys and narrow streets refer to the typical architecture of the villages of the past.

Ferla presents itself as an ancient village and rich in places of worship full of history. In the village there is also a special street, called the Via Sacra, which corresponds to Via Vittorio Emanuele. Defined as Sacred because along the way five religious buildings rise: the Church of Carmine, the largest Church of San Sebastiano, the Chiesa Madre, the church of Sant’Antonio and finally the Church of Santa Maria, which was a convent, school and prison.

But the deep roots of the traditions, continue to life and in the feasts and in the folklorist events that animate still the village of Ferla. The most felt is the Holy Easter. Every year relives the mystery of the Passion, Death and Resurrection of Jesus with rites and processions. The anachronism of some moments helps make particular Easter in Ferla with respect to other regions of Italy: the procession do Signuri a Canna, Holy Thursday; after the mass in "Coena Domini" and the deposition of the Sacrament, start the visit from the part of the faithful to "Sepulcri", altars decorated with flowers, candles and the traditional sprouted wheat. On Holy Friday we commemorate the passion of the Christ in a climate of intense religious fervour. The processions, immersed in an atmosphere particularly spiritual, have early in the afternoon with the procession do " Signuri a Cruci" and Our Lady of Sorrows. In the evening after the preaching of the "Seven Words" takes place the function from "Scisa a Cruci", in which Jesus, taken down from the Cross, is arranged in the urn ("a cascia"). Follows the procession in the night do "Signuri a Cascia". The Holy Saturday, after the mass of the Resurrection, takes away the procession of Our Lady of Sorrows, "Madonna o Scontru". The "Sciaccariata" accompanies the travel "U Gesummaria" from the church of San Sebastiano al convent of the Capuchin Fathers in the light of many torches "Sciaccare" obtained from dried shrubs. The day of Easter, repeats at dawn the procession of Our Lady of Sorrows in search of her Risen Son ("U giro de sette vaneddi"); the waiting takes place at noon with "U Scontru" when, at the end of an unbridled race between the launch of tapes and fireworks, unwinds the representation of the encounter between Jesus and the Madonna that dropping her mantle, appears in all its splendour. The Holy Week is concluded in the evening of Sunday with the procession do Gesummaria.

From Ferla you can reach the impressive site of Pantalica, where you can visit the necropolises scattered along the hill, the byzantine village of S. Micidario ('u trabucchettu), the Anaktoron or Palazzo del Principe, and you can descend to the bottom of the valley where the fresh waters of the torrent Calcinara recessed slide between the high walls of the canyon.

Annunziata's Church
The church of the Annunziata is considered to be among the most ancient and the most beautiful ch...

Piazza Regina Margherita, 11, Pachino (Siracusa)
44.82 Kilometers from Ferla
Tonnara of Marzamemi
The old tonnara is the heart of the old village of Marzamemi, in Sicily.

Find where to sleep in Ferla

Sicily, a journey through villages and southern icons - part 1
In the south of Sicily the horizon line always intercepts Hellenistic, Arab and other populations that have lived on the island. But the landscape is not crowded or chaotic, nature lightens the scenic scene while the sea illuminates the view with the glare of the sun on the waves. An ancient history, that of southern Sicily, from the obligatory passage, to learn more about the present enriching the culture with the knowledge of the past. And ...
Continue