Share
The historic center of Cuccaro Vetere retains a particular urban structure, one part leaning against the hill on which the castle stood and the other in the area of an ancient chapel. Inside the town, connected by well-cobbled paths that often become "grated" features, you can see the church of S. Teresa of the baby Jesus; in ancient times Church of S. Leonardo, from whose restoration ruins of a fifteenth-century monastery have emerged. 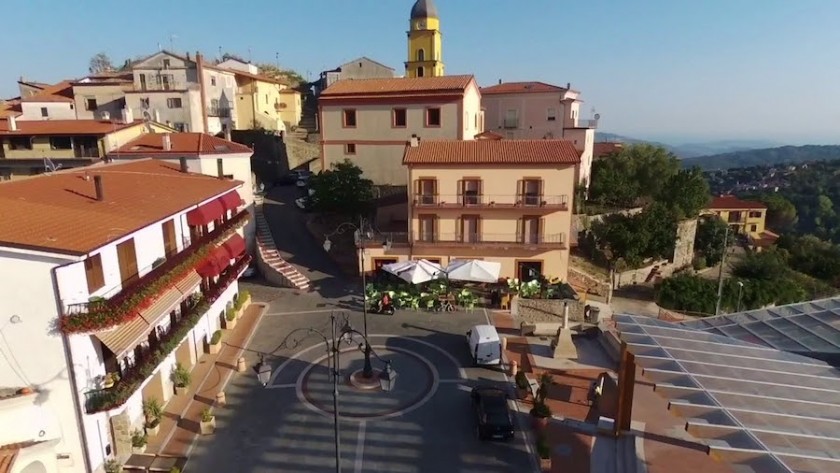 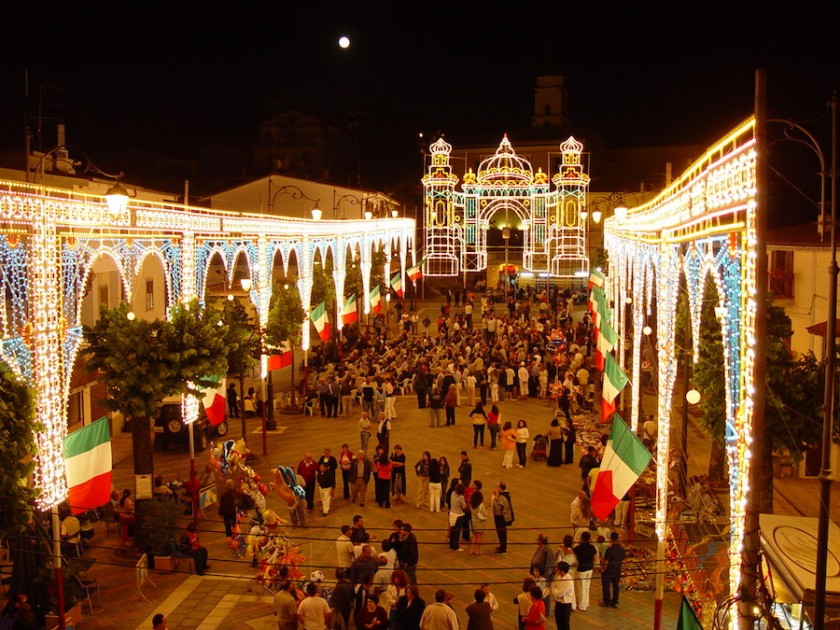 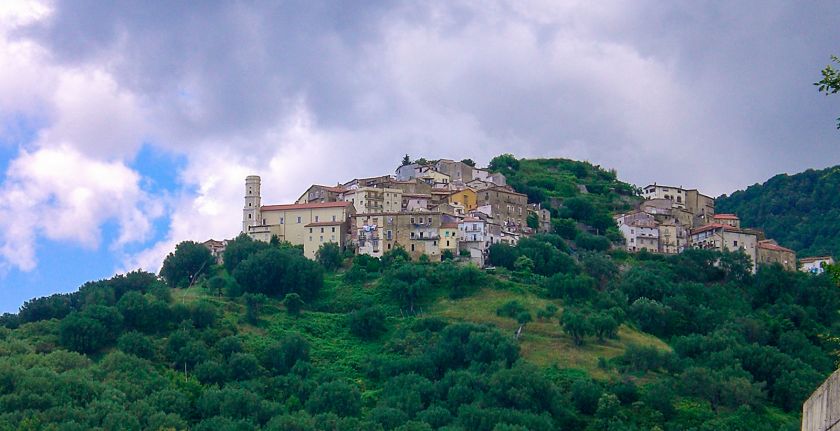 A look at Cuccaro Vetere

The origins are lost in the mists of time and mixes the legend. Its name derives from the Greek "Kyclos" and means "fortified fence", and is due to the geographical position that dominates the wide surrounding area. This position made it before a refuge and then a defensive stronghold of Velia. It was one of the four Norman lands which constituted the barony of Novi, then autonomous fief and the capital of the state of the same name which, besides Cuccaro, with the casale Laureto until 1404, consisted of Abatemarco, Castinatelli, hermits, butanes, Massicelle Mountain, S. Mauro Burca and S. Nazario.

Even religion has played an important role: Cuccaro was the seat of the Byzantine Monastery of San Nicola di Mira and, since 1333, of a Franciscan monastery of which you can still admire the imposing ruins. The village boasts remains of the castle with its towers, and numerous churches among which the eighteenth-century of St Peter Apostle, in which is housed a relic of the Cross of Christ.

In the half of the XV century it became the property of Barnabas Sanseverino, Count of Capaccio, a few decades later it passed into the hands of Berengario Carafa. In 1558 the feud became the property of the family of Monteleone and in 1641 was sold to Caesar the raft. Finally, since 1696, it passed to the principles Pappacoda which remained until 1806, the year in which the feudality was abolished.

The historical nucleus preserves a particular urban structure, a portion adjacent to the hill on which stood the castle and the other in the area of an ancient chapel. Inside the village, connected by lanes ciottolati well that often become features "graliate", you can observe the church of S. Therese of the Child Jesus; anciently Church of S. Leonardo, from whose restoration are outcropping ruins of a 15th century monastery.

The only village square, pleasant with a scenic view is not negligible and surrounded by fragrant limes, separates the "old" by "new" Cuccaro. The town develops in a "tail" of houses that reaches the SS 18, thus giving a characteristic aspect to the country. The urbanistic plant originating in Cuccaro is of medieval matrix. The urban settlement develops historically around the fortification that assumes linked to the ancient city of Velia and subsequently Norman station today called "Castle". The interlacement of narrow streets and plazas degrading treatment from the castle to the church of Saint Therese of the Child Jesus by following the natural morphology of the places up to reach an ancient connection path between the area of Velia and settlements on the slopes of Monte Bulgheria, are in fact typical of the medieval period. The Convent of San Francesco remains instead outside the urban area in an isolated position.

Today Cuccaro Vetere is a rural village which has assumed the appearance of Traveling Museum of peasant civilisation and offers the visitor the possibility to renew the experiences of past centuries and live moments of daily life of a people that has been able to endure in harmony with nature.

Among the architectural emergencies of Cuccaro Vetere are still reported aristocratic palaces and Borghesi that occur along the main streets of Via Salita Castle, Via Fausto Laviano, via the Handmaids of S. Teresa and Via Convento, as well as the Piazza Umberto I.

Since ancient times the culture of chestnuts has characterized the economy of the place. This fruit uses still in daily meals and in the gastronomic specialities of Cuccaro.
At one time the food every day was the "Soup of chestnuts and beans "very simple in its preparation but rich in nutrients. In the evening they put to soak the beans and dried chestnuts, separately; in the morning, buonora, were boiled together and then seasoned with olive oil and salt. Of course you can enjoy genuine products of local agriculture (oil, chestnuts, etc.), of the forest and undergrowth (mushrooms, strawberries,etc.), the processing of meat and milk (famous salami homemade, as capicolli, soppressate salamis and sausages affummicate; remarkable is also the tradition in the field of cheeses such as ricotta and pecorino).

The kitchen offers typical dishes of the area, among which are the inevitable fusilli with the lamb ragù, cacciaggione, roasts, Kids, lambs, etc. are exquisite sweets prepared with medieval recipes, from the characteristic names: "suspiri, susamieddi, 'nginette, zeppole, viscuotti, Christmas carols taralli".

Didactic Museum of Photography - MUDIF
The MuDiF photographic archive of Montesano sulla Marcellana, in Campania, represents a unique he...

Find where to sleep in Cuccaro Vetere

Via Campo, 16, Atrani (Salerno)
79.39 Kilometers from Cuccaro Vetere
B&B Atrani Rooms
A few steps from the sea of Atrani, the Bed & Breakfast "Atrani Rooms" is pleased to welcome you ...

Via dei Dogi, 15A - 84010, Atrani (Salerno)
84.02 Kilometers from Cuccaro Vetere
Hostaria di Bacco - Albergo Diffuso Bacco Furore
One of the most comfortable structures in the village of Furore, in the splendid setting of the A...

Via Giambattista Lama, 9, Furore (Salerno)
82.14 Kilometers from Cuccaro Vetere
Cetara Albergo Diffuso
Just a few minutes from Salerno, at the gateway to the magnificent Amalfi Coast, the Albergo Diff...

Palio of the Donkey

Recipe: Pastorelle from the village of Cuccaro Vetere, the taste of Christmas in the Cilento
Cuccaro Vetere is a village perched on top of a hill, with the center overlooking south-east the high course of the stream Lambro while the valleys below gently slope towards the sea. All around, olive trees stretch out in the sun, while at altitude there are centuries-old chestnut, oak and pine woods. Over the centuries, the chestnuts have been the protagonists of the territorial economy, using today as once in the gastronomic specialties of Cuccaro Vetere. Also and especially at Christmas: the Pastorelle, in fact, are the typical Christ...
Continue