Share
Known as southern Venice, the village of Chianalea is an uncontaminated area of Calabria of about 350 inhabitants. Characterized by the typical houses on the rocks, this village is one of the most enchanting places in the well-known tourist resort of Scilla. 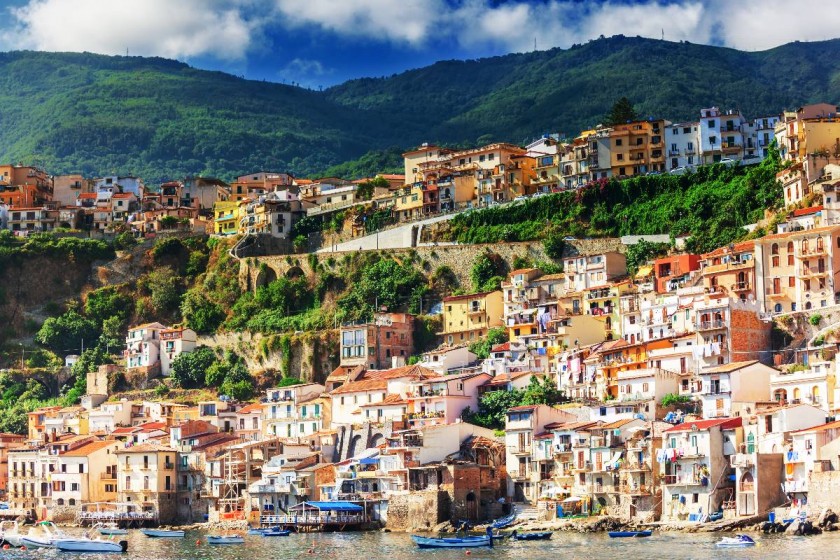 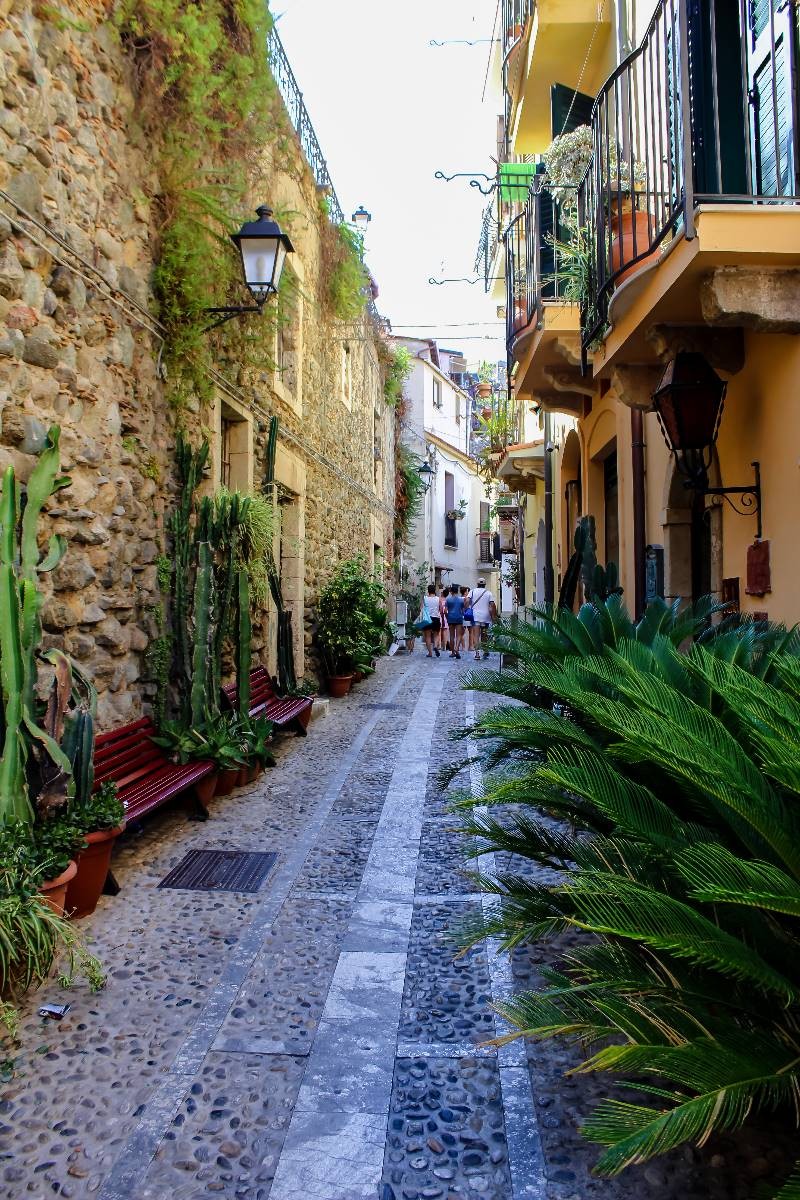 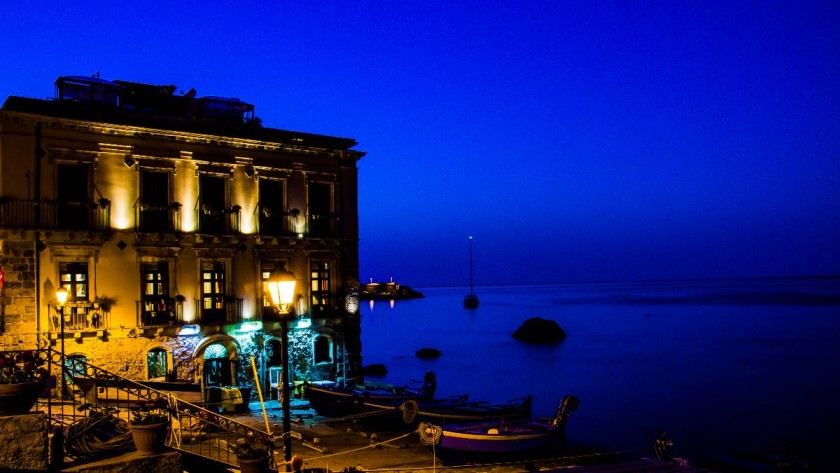 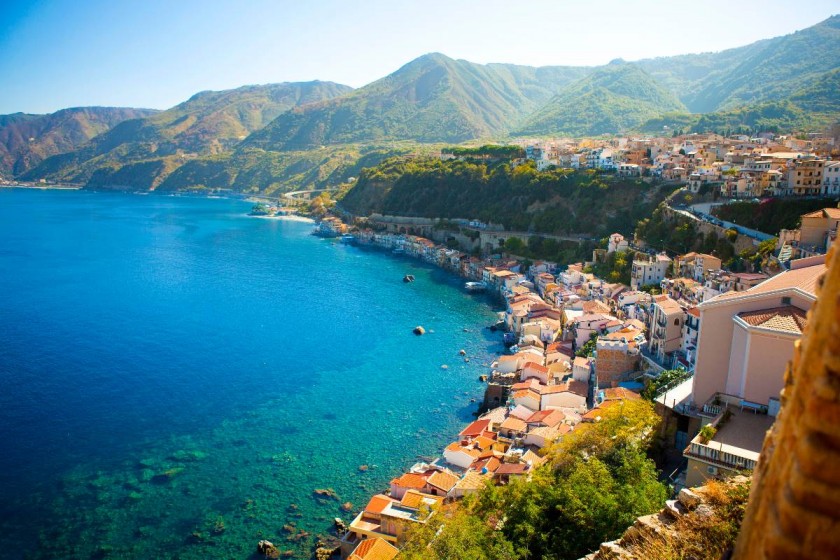 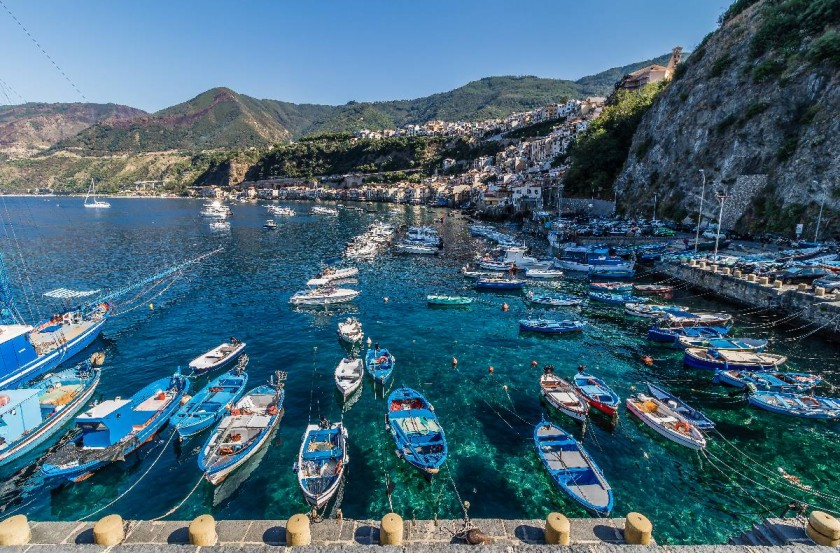 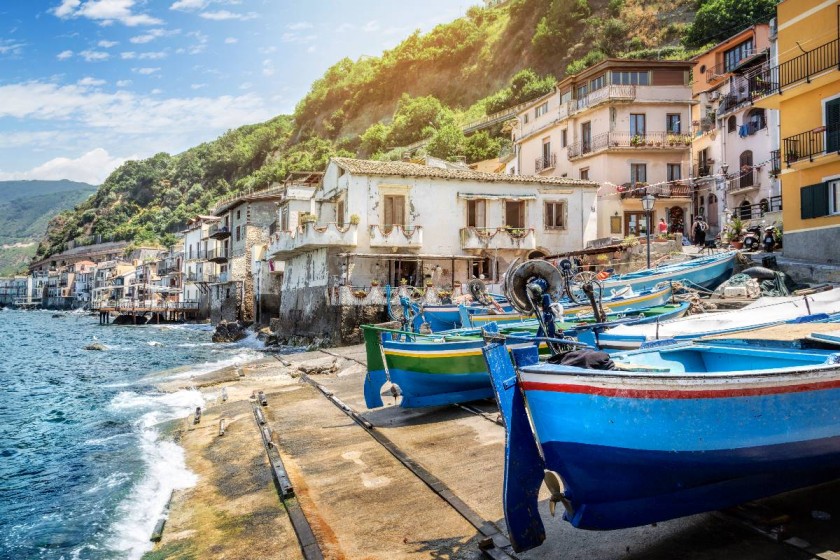 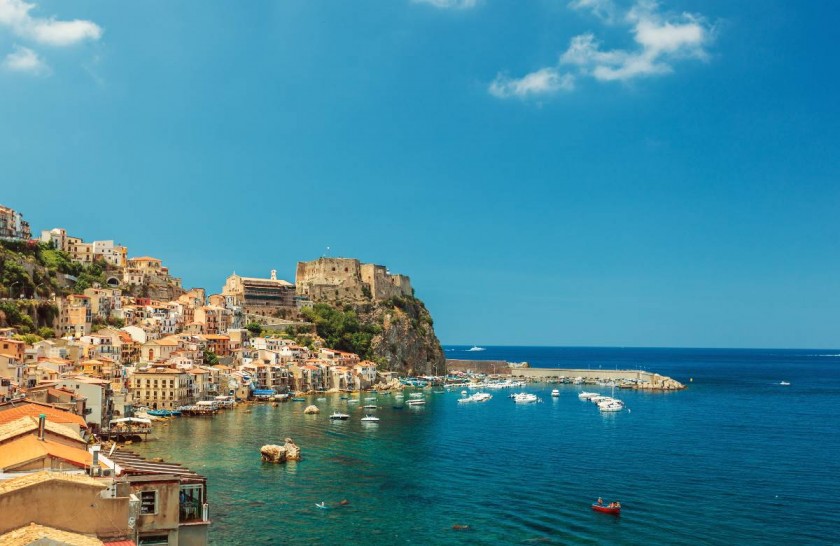 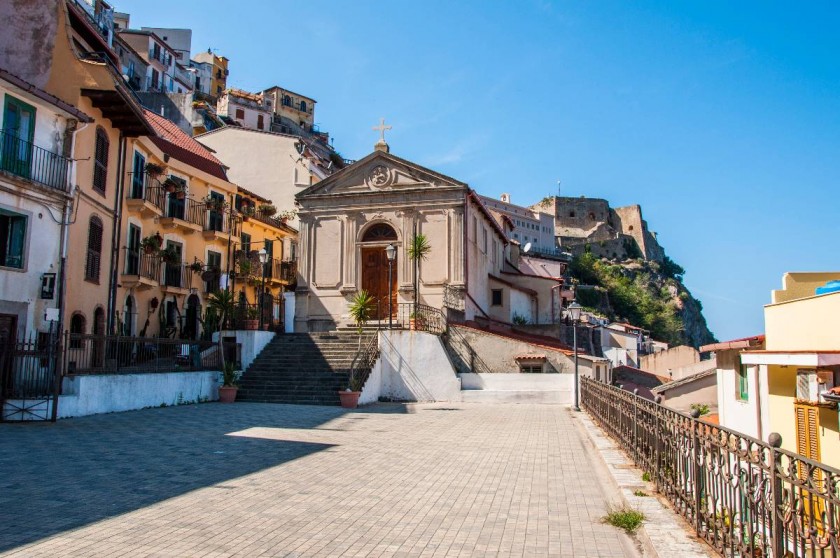 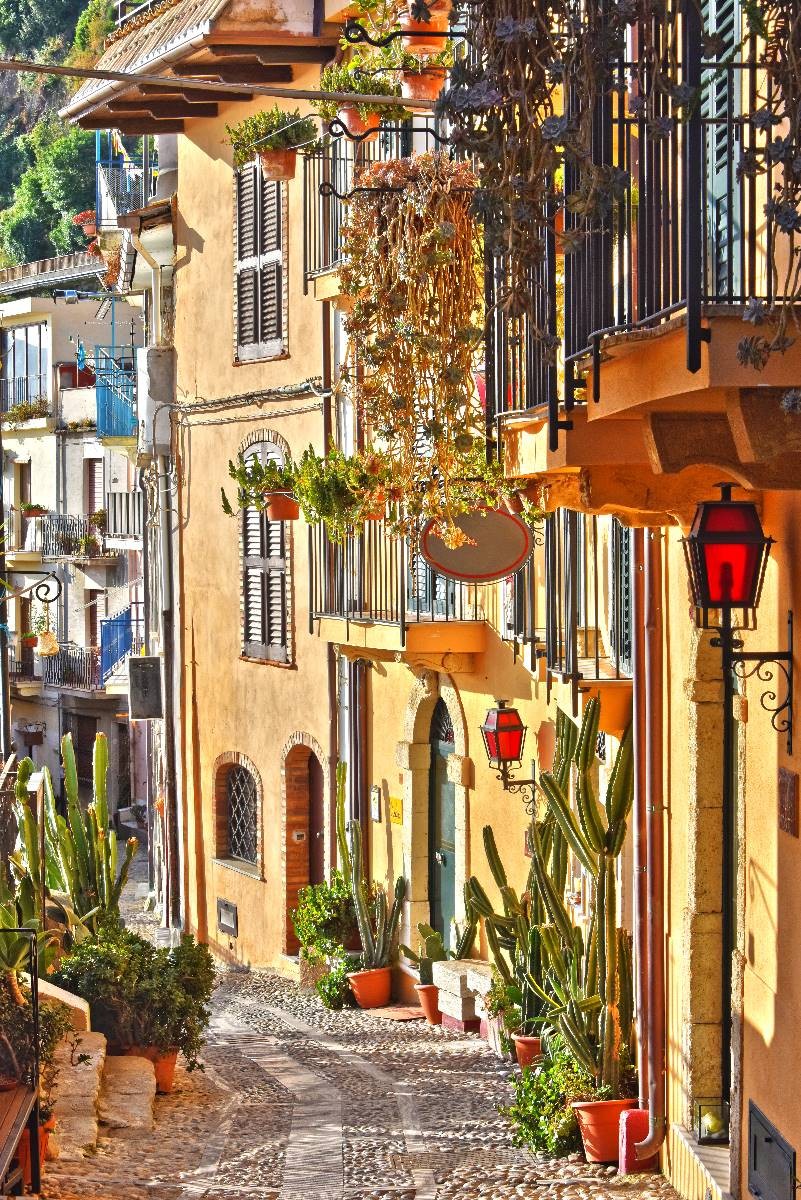 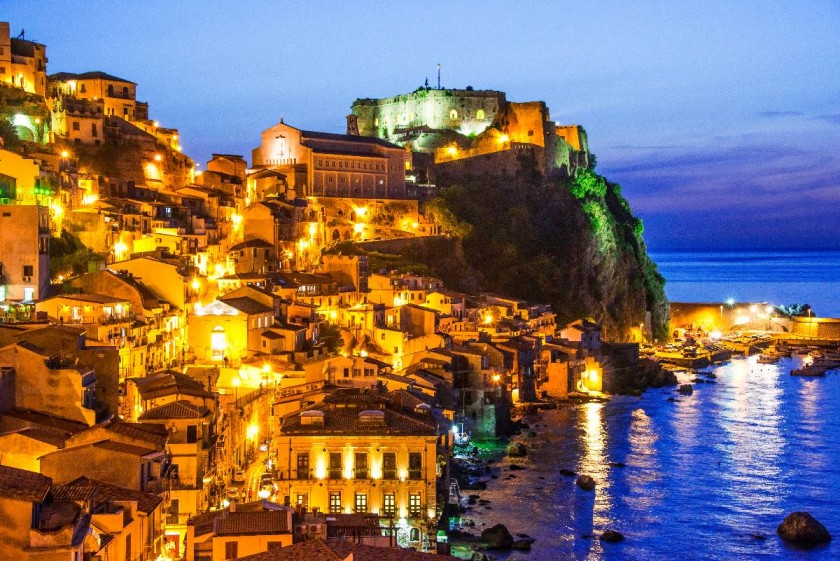 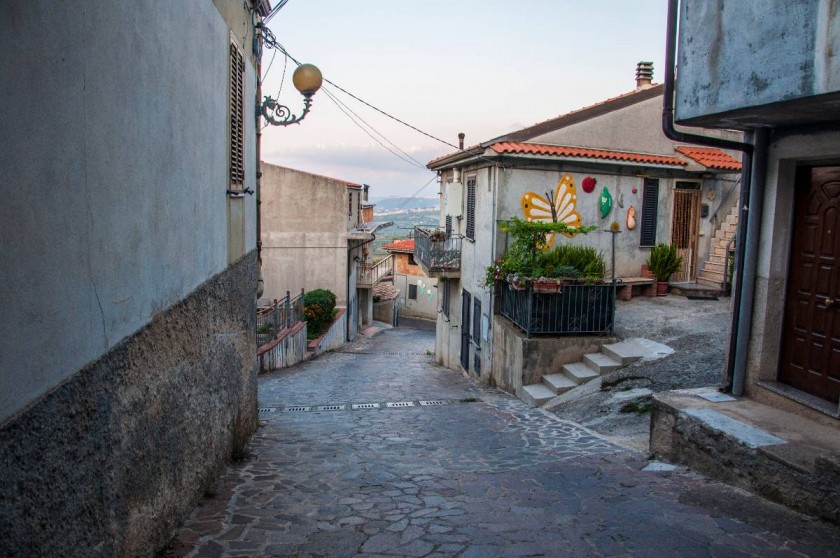 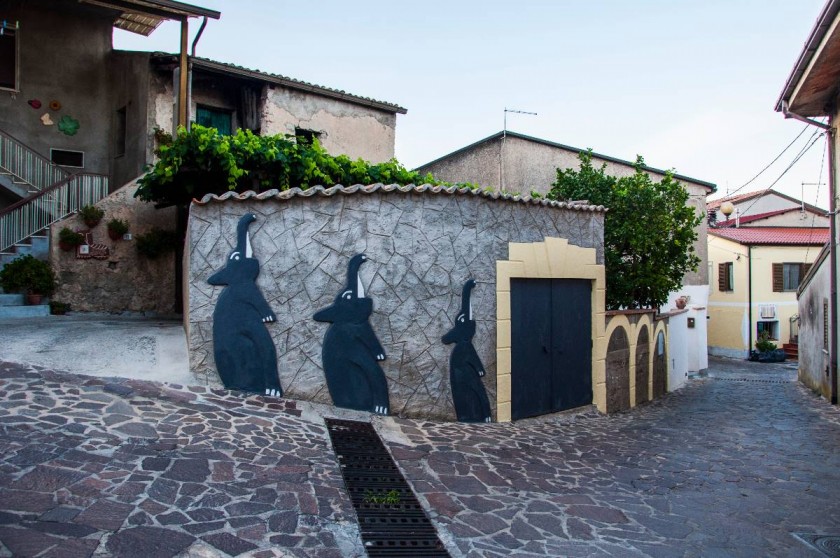 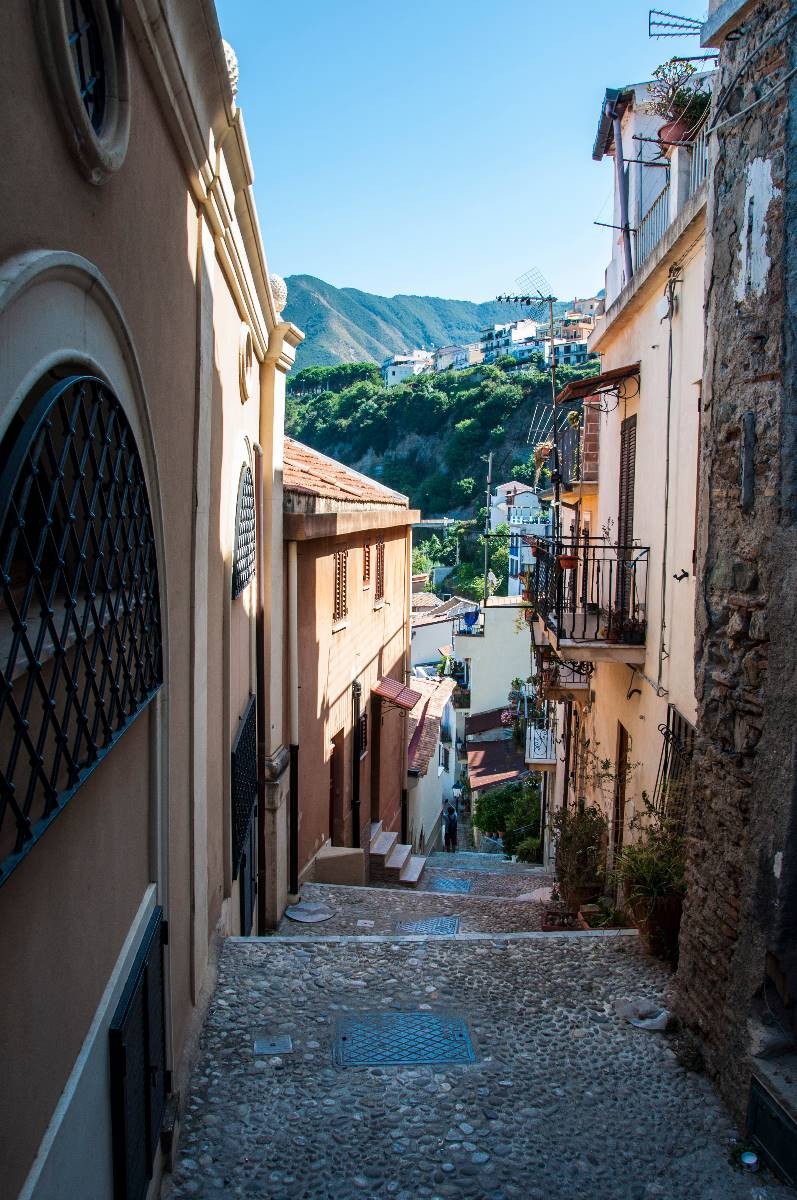 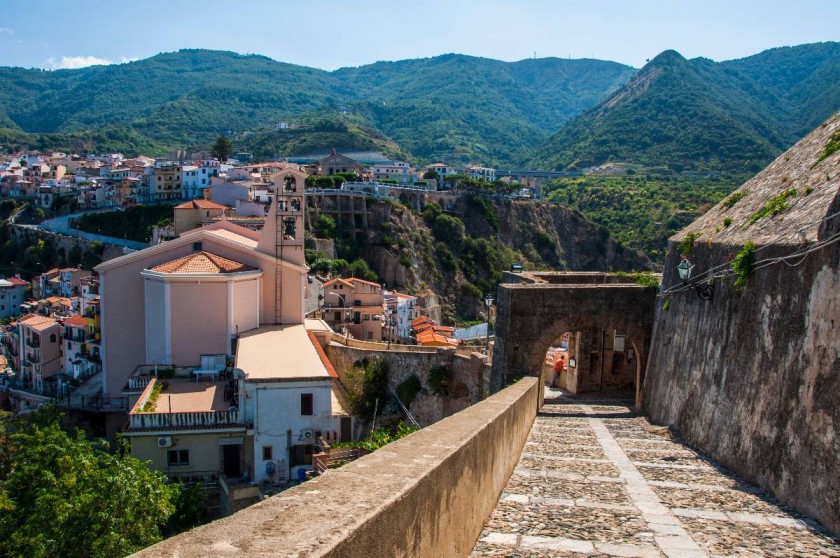 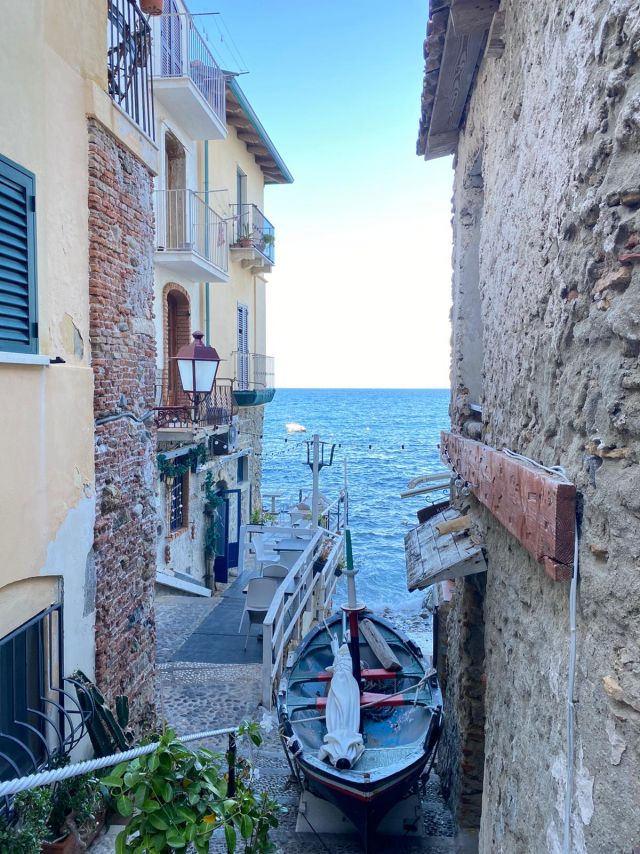 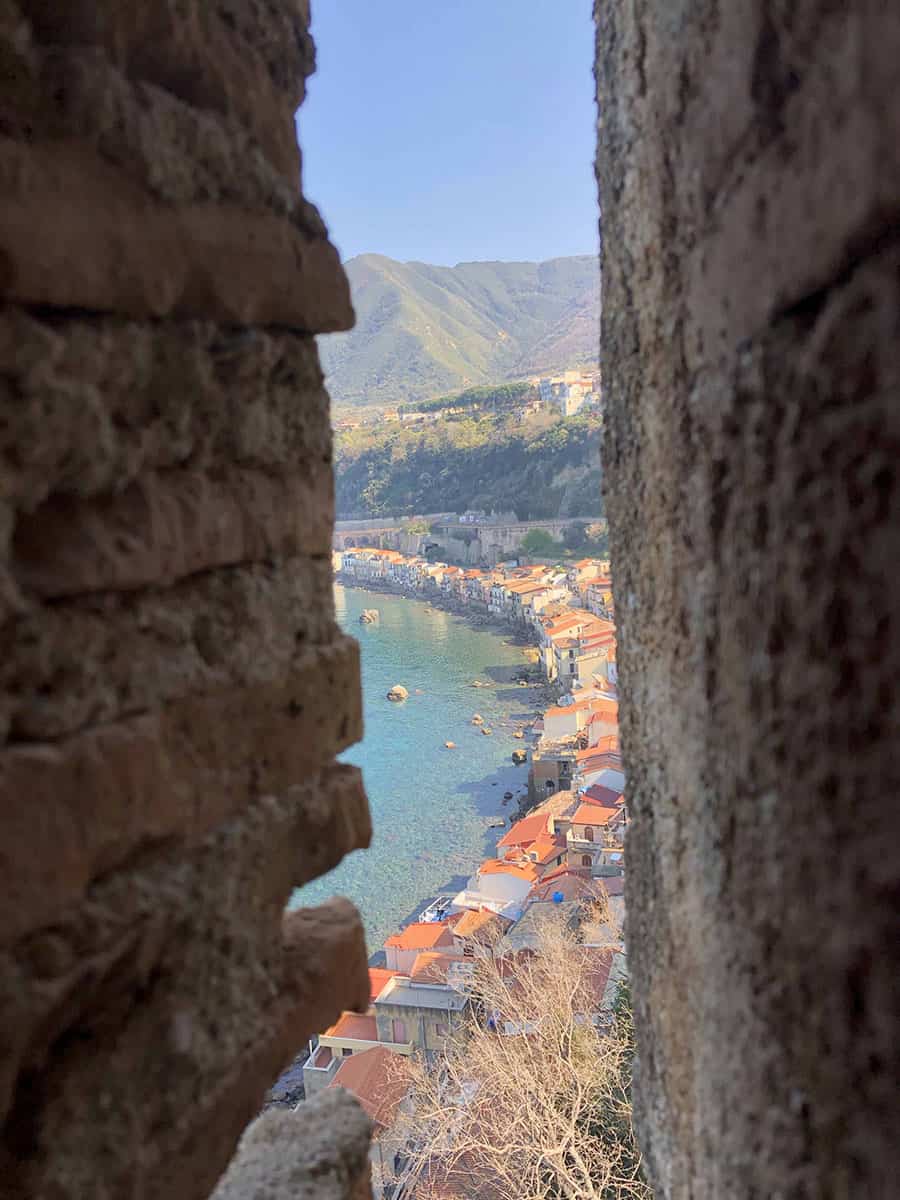 Chianalea, 1 * step of my tour "The most beauti...
Francesca Franzese - e-borghi Community 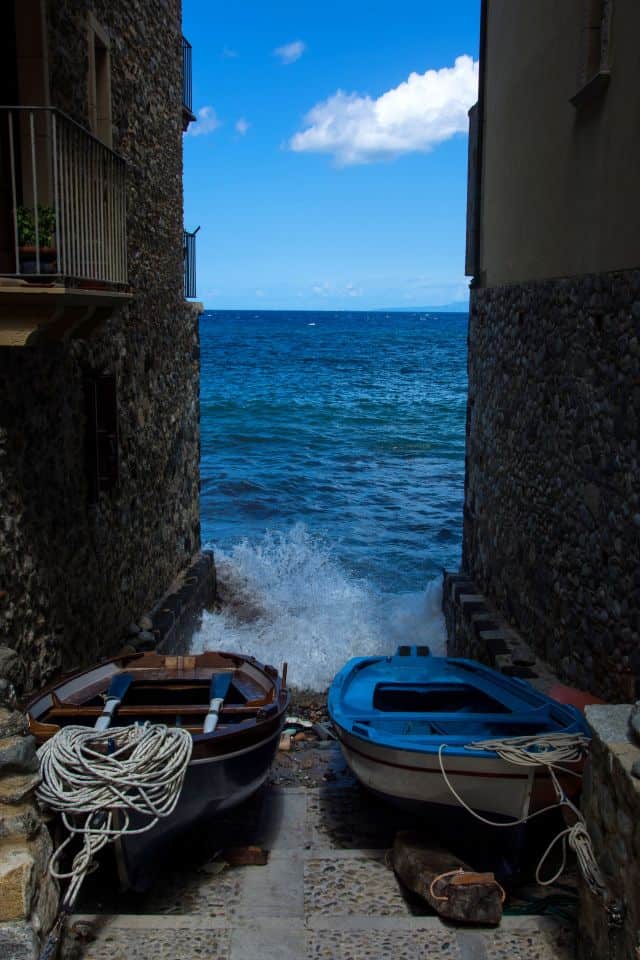 Chianalea is a small fishing village that preserves the most authentic tradition of the Calabria region among its characteristic lanes. Considered one of the most beautiful villages in Italy, the country overlooks the turquoise waters of the Tyrrhenian Sea.
Its name derives from the plan of the galley or Canalea in reference to the small and narrow streets that separate the houses built sheer above the cliff. Moreover, these alleys descend vertically towards the sea and, for this reason, remind us of the canals. Hence the name Chianalea.

Legend has it that the first nucleus of the town was founded by some Trojans during 456 AD. The small settlement underwent a terrible invasion by the Vandals, during the VIII-IX century, who razed it to the ground. Subsequently during the Byzantine domination Chianalea saw a period of great splendor and its territory was inhabited by the Basilian Fathers (Italian-Greek monks).
Again in the period between the ninth century and the eleventh century, this terrace overlooking the sea was touched by the invasions of the Saracens who destroyed it. It was then the Normans who settled on the territory during 1060 definitively removing the Byzantine people. The XI-XIV century was a moment of rebirth for Scilla who, under the domination of the Swabians, undertook fruitful trade with the eastern populations and with the populations of the Adriatic. Once the control of the Swabian dynasty ended, the Aragonese and the Angevins followed one another.
In 1523, the count and captain of arms in Reggio Calabria of Sinopoli Paolo Ruffo, prevented Barbarossa from attacking the coasts of Chianalea avoiding their destruction. Subsequently, in 1720 the Austrians fortified the Castle of Scilla with the aim of defending the territory from the Spaniards. However, the latter took possession of the Two Sicilies a few years later, during 1734. The earthquake that hit the town during 1783. This event brought the village back into despair which ended with the intervention of the Bourbons in 1827. However, according to scholars, the first settlement must be traced back to the Ligurian and Iberian populations who, due to their dedication to fishing, decided to move to southern Italy in search of a place in which to increase their business.

Despite being a small and ancient village overlooking the sea, Chianalea is full of points of historical and cultural interest.
The Castle of Ruffo undoubtedly represents one of the main stages of the visit to Scilla. Located on the top of a rock, it was built in 1532 for military purposes. Its imposing structure stands out on the strait, characterizing its profile. Not only that, inside is kept the Lighthouse of Scilla, belonging to the Navy.
Reaching the top you can admire a breathtaking view of the Aeolian Islands. Villa Zagari is also one of the main attractions. Its eclectic style dating back to 1933, coexists perfectly with the enchanting Scategna palace characterized by the three balcony floors made of double order stone. Walking through the town visitors will appreciate the authenticity and the timeless atmosphere that populates it. Every corner, from the fountains to the small port, tells an ancient and authentic story, impossible to appreciate in the big tourist cities of the coast.

Renowned for fishing, among the typical products of the village there is undoubtedly swordfish, excellence of the Tyrrhenian coast. Its tasty and rich meat is cooked according to the Calabrian culinary tradition in a simple way, to preserve its flavor. However, among the typical recipes of the village there is also macaroni with swordfish and grilled fish sauce. To accompany these excellent dishes it is possible to savor white wine from local vineyards obtained from the fine zibibbo grapes.

Those who love the tranquility of the small villages of southern Italy overlooking the sea must definitely visit this enchanting place. The relaxed atmosphere with an ancient flavor, the waves of the sea that make up a gentle soundtrack, the small and characteristic alleys, the privileged glimpse of the Tyrrhenian Sea undoubtedly represent the strengths of this place. Not only that, while preserving on its territory architectural and natural beauties of extreme beauty, Chianalea does not suffer from the chaos typical of maritime tourist resorts. For this reason, staying in one of the accommodation facilities of the village will allow fans of the sea and locations with an ancient charm to live a unique experience.

Although small in size, there are numerous activities for tourists and visitors. More specifically, near the beaches, numerous tour operators deal with the rental of rubber boats and small boats. In this way, lovers of the sea and excursions can enjoy a different day among the coves of the coast thus admiring the town from an unusual perspective to. Moving away from the shore, in fact, even snorkeling and diving lovers will be able to admire the splendid backdrops of the Tyrrhenian Sea. Those who love walking and trekking can instead reach the fortress on which the splendid Ruffo Castle was erected on foot, through narrow streets and paths in the middle of the greenery.

Castello Ruffo
The Ruffo di Scilla Castle is one of the most characteristic and typical elements of the landscap...
Piazza S. Rocco - 89058, Chianalea
Church of Santa Maria di Portosalvo
The church of Porto Salvo, in the center of Chianalea, is a beautiful example of eighteenth-centu...
Via Prof.Giuseppe Zagari, 11 - 89058 , Chianalea
Norman Castle
The Norman Castle of Bova , in Calabria stands at the top of a rocky spur, dominating the village.

Via Rimembranze - 89033, Bova (Reggio Calabria)
34.37 Kilometers from Chianalea
Church of San Leo
the Church of San Leo, in Calabria, is dedicated to the patron saint of the village of Bova.

Via Concezione, 4, Bova (Reggio Calabria)
34.52 Kilometers from Chianalea
Norman tower
The Norman Tower of Bova dates back to the 11th century. placed to guard one of the four access g...

Via Pirgoli, 89033, Bova (Reggio Calabria)
34.43 Kilometers from Chianalea
Mesiani Palace
The Palazzo Mesiani di Bova dates back to the 18th century and is connected to the ancient site w...

Via Parco, 1, Chianalea
Il Tipico Calabrese
A small family business founded in 2004 with the aim of enhancing the cultural, craft and gastron...

Travel proposals in Chianalea and in its territory

Discovering the tip of Italy
Travelling in the Reggio Calabria metropolitan area is like plunging into the heart of the Mediterranean, which has always been a crossroads of peoples and cultures. An experience with many nuances, to be lived in contact with nature and discovering the countless cultural resources and traditions. To get to know its territory better - the area includes 97 municipalities, with villages of great historical and architectural interest - you need o...
Continue
Video: from Reggio Calabria a journey through the villages and the beauty of the territory
Visiting this city means discovering the true face of Calabria, with the cultural incursions that it still receives from nearby Sicily and a palette of natural colors unique in the world. Once in the city, the first stop is the National Archaeological Museum of Reggio Calabria which houses the famous Bronze of Riace, found in 1972 in the bay of Riace and which has become a symbol of the region. After the visit, you can take a walk along the se...
Continue
Land of legends, sea and lots of sun, Calabria in 5 extraordinary stages
When we talk about Calabria, our thoughts immediately turn to the splendid panoramas, the miles of jagged coastline and a sea of the most varied colours, which brings back the happiness of carefree days spent on holiday. And yet the tip of the Boot is not only this, but also thousand-year-old history told by the many villages that animate the region and that seem to bring back to a past full of splendor.Legendary villages immersed in the sea, ...
Continue
Calabria of the villages, cribs and fairy tale places
The Calabrian villages as unique places, "intertwined" to the "people" who live there and animate them, but also as "places" of experimentation for new forms of hospitality, entertainment and sociality, destined to a tourist demand now very far from the patterns of mass tourism. The Villages of Calabria, also and however, as an extraordinary opportunity for growth for the territory and for the wellbeing of the local populations, on which, the...
Continue
Welcome 'to' Reggio Calabria: Magna Graecia at the tip of the boot
Reggio Calabria - synonymous with ancient history, entertainment and good food - is undoubtedly one of the jewels in the crown of the Italian peninsula. With its Riace bronzes, Greek walls and numerous archeological sites, Reggio Calabria is a must-see destination for anyone wishing to immerse themselves in ancient history, particularly that of Magna Grecia. Reggio Calabria is a place to visit if you want to immerse yourse...
Continue
With Trenitalia the villages are closer. The formal collaboration between Ferrovie dello Stato and the Club of the most beautiful villages of Italy.
After a 2017 has seen the growth of 7 per cent travel for tourism on regional trains of Trenitalia, this partnership was born with the aim of enhancing the great heritage of history, art, culture, environment and traditions present in the small centers of Italy reachable with the means of a transport more ecological, convenient, safe and, thanks also to the arrival of new trains, increasingly comfortable. Apart from the exchange of visibility on the channels of communication of the two realities, the agreemen...
Continue