Share
Suggestive and lovable village, today a destination for quality seaside tourism, Ispica was called, until 1935, Spaccaforno: it is characterized by an eighteenth-century urban fabric, designed in the aftermath of the catastrophic destruction of the old city, razed to the ground by the earthquake that in 1693 shocked this area of Sicily. 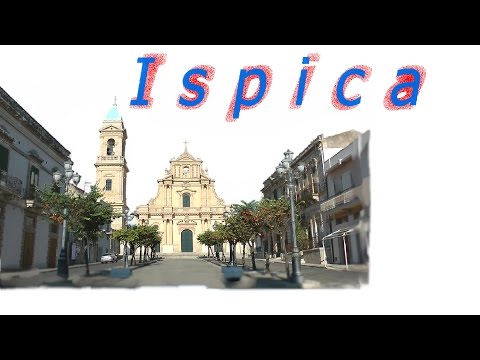 An elegant eighteenth-century town, like a natural balcony perched on the last spurs of the plateau of the Iblei Mountains in the south-east of Sicily, overlooking the azure of the Sea of Africa, which is only a few kilometers away.

The ancient city is focused around a cliff that clings on a spur overlooking, in turn toward the so called Cava d'Ispica, a natural canyon inhabited since the Bronze Age, still little explored, along 13 km that moves between the mediterranean vegetation, in the direction of Modica.

The historic heart of New Ispica is a whole series of elegant works late-Baroque and Art Nouveau, starting from the colonnade light and from the imposing facade of the Basilica of Santa Maria Maggiore, which has also peep in the tv series of Montalbano commissioner. And then there is the church of SS. Annunziata, with its scenic backdrop of the square in front of the sixteenth-century former convent of Carmine, the Convent and the Church of St. Mary of Jesus, which on the other hand, offer a spacious view that embraces the whole underlying plain up to the Mediterranean Sea and toward the last offshoots of the island or the Church of San Bartolomeo from the characteristic horizontal development. Beautiful in its elegant architecture is Brown Belmonte Palace, the palace in liberty style most important in the province, commissioned by the Hon. Pietro Bruno Belmonte to architect Palermo Ernesto Basile from 1906, today the municipal seat.

Ispica has always been linked to the world of cinema. The elegant columns of the Basilica of Santa Maria Maggiore apare often in the tv series of Montalbano commissioner. For its scenic beauty, Ispica was chosen as the location for the film Divorce Italian Style directed in 1961 by Pietro Germi. A funeral march composed by Maestro Bellisario, ispicese, in 1933, was often used in numerous and famous films as "man of Stars" by Giuseppe Tornatore.

Sea and nature
with its over ten kilometers of beach, a tourist village from 800 beds, fine sand and dunes constantly rewarded with the Blue Flag for the quality of its services, Ispica has carved out a wafer important in seaside tourism family and not only. The hamlets of Santa Maria del Focallo and Punta Ciriga, by characteristic Faraglioni. A naturalistic escursion will bring us finally to the Pantani Bruno Longarini and, lakes of brackish water separated from the sea only by sand dunes, the resting place of birds in migration as the flamingos.

Despite the advent of tourism, Ispica maintains its agricultural vocation, which recently has found an outlet in the cultivation of carrot and sesame seeds, for which arrived important acknowledgments of quality.

The Living Crib of Ispica, set inside the natural caves adjacent to the Forza Park, is considered the most beautiful in Sicily.
Born in 1997, records for each edition an intense participation, with peaks of 25 thousand spectators at the event: inside ancient caves, over 100 listed reproduce approximately 40 ancient crafts alternated with numerous theatrical scenes of the nativity taken from the Bible. In an hour and twenty of itinerary about along ancient dirt between evocative caves, it performs a real journey back in time.

Tonnara of Marzamemi
The old tonnara is the heart of the old village of Marzamemi, in Sicily.

Piazza Regina Margherita, 1, Pachino (Siracusa)
19.49 Kilometers from Ispica
Villadorata Palace
The Palace of Prince Villadorata rises in the village of Marzamemi, in Sicily.