Share
Located in the province of Potenza, near the Pollino National Park, San Severino Lucano is one of the most picturesque villages in Basilicata and certainly deserves a visit to discover the wonders of the place. The attractions of the village are more naturalistic and can also be reached by bicycle. 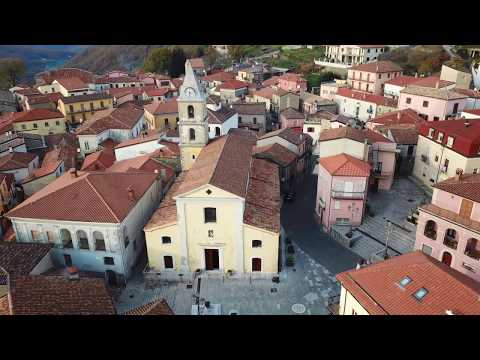 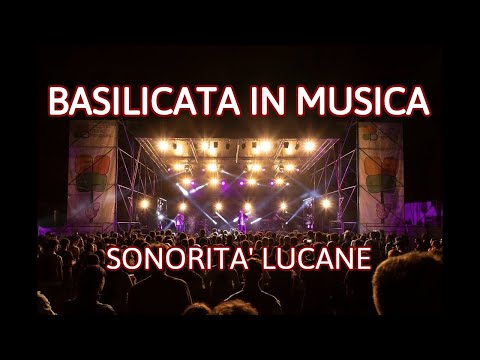 The attractions of San Severino Lucano are more naturalistic, because as we said before this is located near the Pollino, and can also be reached by bike. But the village is not limited in any way to the Pollino and nature, in fact it has many other attractions within the citadel.

Once in the village you can certainly not miss a visit to the statue of Jesus Christ with open arms. This is characteristic because it is white and is symmetrical to another sculpture previously built in bronze and almost 2.2 meters high. It represents the figure of the Madonna.
Both sculptures attract a lot of visitors every year and summer is the only time when it is possible to see them outside, because during the cold season they are kept inside the church.

What to do
If you are going to move in the uncontaminated nature you can decide to reach San Severino Lucano bringing a bike or in the same way you can rent it there and reach the Pollino full of paths, dense nature and fascinating and suggestive waterfalls.

Another thing not to miss in San Severino Lucano is a visit to the small museums in the village. Despite its small size San Severino Lucano has many works to offer and show to all tourists. The attractions are different, and there are more things to do during the summer season when the citadel is enlivened by music during many evenings.

Festivities
Among the typical features of the village in July you can attend the patronal feast, the Feast of Our Lady of Pollino, which lasts three days. In these nights you can spend time with good music of the local folklore and many stalls where you can taste typical food that certainly should not miss if you are visiting this citadel.

Even August is teeming with events, however we can mention the most popular and most important that is the Pollino Music Festival. This is held every year and is organized in every detail. The guests who come to San Severino are both national and international, so there is definitely something to enjoy.
Also in August there is another festival in which all the popular traditions are celebrated through a Festival that bears the name of Terra dei Briganti.

Therefore, if you are going to visit San Severino Lucano we can certainly advise you to do so during one of these festivities and we are sure you will not regret it.

Typicality
The typical foods of San Severino Lucano are really tasty and are appreciated by all tourists. The tradition includes mostly handmade pasta made by the old ladies of the village. Typical are also the local cheeses and wines. This locality is also excellent for food and wine tourism, combining a dish with a good glass of wine.
In short, the whole culinary tradition of San Severino Lucano is based on the noble arts of making everything possible from nature, which may seem a poor tradition but is extremely genuine and is rooted in the centuries.

Curiosity
One of the curiosities we can identify about the village of San Severino Lucano is the absolute absence of smog and pollution. Knowing that there are still places without pollution is a fact that cheers many people and thanks to it San Severino Lucano earns points: inside the village you can spend fantastic moments in this citadel breathing clean air. This fact certainly comes from the number of inhabitants of the village, which is very small. The last counts have counted just over a thousand inhabitants.

Historical notes
The name in the first place is rich in history, in fact before the country was not named in this way. It was called Casale di San Severino and was inhabited by rather poor people, who moved there immediately after the phenomenon of banditry.

The village of San Severino Lucano hides within its small and pretty citadel many years of history, all visible through the infrastructure in the various towns and churches. Among these we find the Mother Church of Santa Maria degli Angeli, whose construction dates back 500 years. The little church inside has some typical characteristics of the village all to be discovered!

the City is part of:
Bandiera Arancione - Touring Club Italiano

Via Castello, 6, Morano Calabro (Cosenza)
19.16 Kilometers from San Severino Lucano
Collegiate church of Santa Maria Maddalena
The ancient nucleus of the Collegiate of Morano Calabro, in Calabria, dates back to 1097.

Isola di Santo Janni, località Grotte, 21, Maratea (Potenza)
35.69 Kilometers from San Severino Lucano
The via ferrata and the Nepalese bridge
The Via Ferrata is an equipped path to scale the Lucanian Dolomites.

SP13, Pietrapertosa (Potenza)
56.71 Kilometers from San Severino Lucano
Lagopesole Castle
The Lagopesole Castle is the last and the largest residence wanted by the Emperor Frederick II of...