Share
Melfi is the Federician city par excellence, chosen by Frederick II of Swabia as a summer residence inside the castle, in the forests of Vulture practicing falconry, his favorite hobby. The village has a unique city wall in southern Italy, surrounded entirely by ancient Norman walls with watchtowers. Inside the castle there is the "National Archaeological Museum of the Melfese Vulture Massimo Pallottino".

A look at Melfi 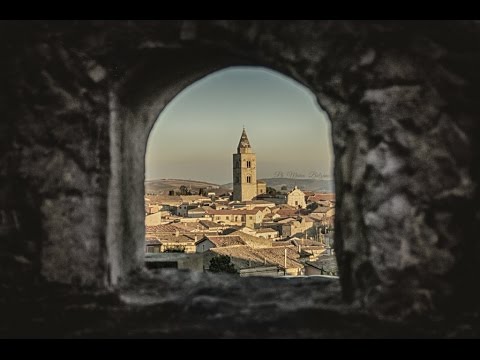 Melfi, in the province of Potenza, stands on a hill at the feet of Monte Vulture. What strikes the tourists is the Castle, which stands majestically on the hill.

There are no certain dates of the origins of the village and the theories concerning its birth are different. Dauni and Lucani were the first civilizations that settled in the territory. During the Roman era Melfi was in second place compared to the neighboring towns (the current Venosa and Rapolla), as these were located in a strategic point on the Via Appia, which was an important center of trade. It was after the fall of the Roman Empire, with the Normans, that the territory assumed a fundamental role, which erected the Castle. Later the territory came under the dominion of the Swabians.
Federico II of Swabia, after having brought Melfi and his castle back to its splendor, chose it as a summer residence to spend moments of leisure and where to practice one of its hobbies: falconry.

The city of Federico II is characterized by a unique wall in southern Italy, entirely surrounded by ancient Norman walls with watch towers. Among the six gates of the village, Porta Venosa is one of the best known, since it is the only one still in good condition and it was built on the ancient track towards Venosa and the Appian Way.
The Castle, built, in fact, by the Normans and enlarged by Federico II of Swabia, in whose rooms the Archaeological Museum is located, dominates the entire town. But the beauties of the village are several..
Melfi is a treasure trove of cultural and sacred beauties to be discovered, such as the rocky churches of Santa Margherita and Santa Lucia carved into the tuff, as well as the splendid cathedral of Santa Maria Assunta in the Byzantine Gothic style, with a coffered ceiling decorated in pure gold and the Diocesan Museum, inside the Bishop's Palace of Melfi in Piazza Duomo.

Typical of a banquet in the city of Melfi are: oil, wine, cheese and chestnuts, which bring unforgettable flavours, aromas and scents to the table.

The oil, with its strong flavour, is internationally appreciated because it is obtained from the variety of olives "Ogliarola del Vulture", grown on volcanic soil.
A triumph for the palate is the tasty "Marroncino di Melfi", a delicious large, round chestnut with a glossy brown colour, ideal for roasting chestnuts, which is very appreciated even when eaten fresh. A festival is also dedicated to it, the Sagra della Varola, which takes place every year in October.
The Aglianico Wine of Vulture Doc also finds in Melfi one of the main centers of production until it appears on the tables of Lucania with its purple color and strong but fruity, dry and harmonious scent.

Inhabitants: 17.878
Center altitude: 530 m s.l.m.
Patronal feast
Sant'Alessandro - 9 febbraio
Municipality of Melfi
Piazza A. Mancini - Melfi (PZ)
tel: 0972251111
Norman Castle
The castle of Melfi is the symbol of the town and is considered one of the most important medieva...
Via Normanni - 85025, Melfi
Cathedral of Rapolla
The Church of San Michele Arcangelo is the Rapolla cathedral and concathedral of the diocese of M...

Via Regina Elena, 35 - 85027, Rapolla (Potenza)
2.76 Kilometers from Melfi
Grimaldi Castle
The Grimaldi Castle dominates the village of Monteverde, in Campania.

Via Salita Castello, 6, Monteverde (Avellino)
10.14 Kilometers from Melfi
Aragonese castle
the Aragonese castle of Venosa, in Basilicata, is located at the southern end of the village.

Piazza Umberto I, 21, Venosa (Potenza)
14.20 Kilometers from Melfi
St. Andrew's Cathedral
The Renaissance Cathedral of St Andrew the Apostle is located in Venosa, in Basilicata.

Piazza Municipio, 1, Venosa (Potenza)
14.45 Kilometers from Melfi
House of Quinto Orazio Flacco
The so-called Orazio's House is situated in the village of Venosa, in Basilicata.

Via San Pietro, Maratea (Potenza)
111.74 Kilometers from Melfi
Jewish Catacombs
The catacombs are located on the hill of Maddalena near Venosa, in Basilicata.

Strada Provinciale 18 Ofantina, 13, Venosa (Potenza)
14.73 Kilometers from Melfi
Mother Church of San Giacomo Maggiore
The Mother church, dedicated to San Giacomo, is located in the village of Pietrapertosa in Dolomi...

Piazza Plebiscito, 1, Pietrapertosa (Potenza)
63.08 Kilometers from Melfi
Convent of St. Anthony
The convent of Sant'Antonio di Rivello is located not far from the historic center, in the lower ...

Viale Monastero, 40, Rivello (Potenza)
102.49 Kilometers from Melfi
Lagopesole Castle
The Lagopesole Castle is the last and the largest residence wanted by the Emperor Frederick II of...

Vico del Carmine, 7 - 85050, Brienza (Potenza)
57.48 Kilometers from Melfi
Hermit's Cave Farmhouse
The Hermit's Cave is a biologic farmhouse located near the village of Castelmezzano in Basilicata.