Share
The village of Maniago is called the "city of the knife", as the area is rich in artisan cutlery from the medieval age. Although it is a small center, in the village there are valuable monuments that show the past and history of the town over the centuries, especially during the Venetian domination. The most representative places and monuments are located mainly in the historic center and in the streets surrounding it.

A look at Maniago 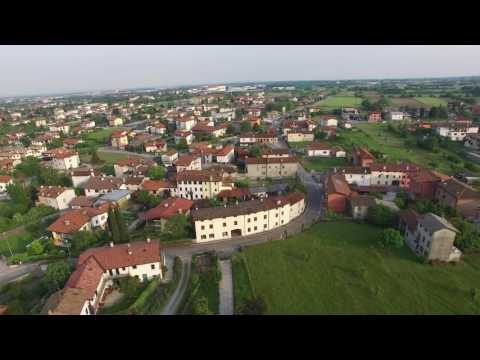 Maniago (Manià in Friulian) is known to the art fabbrile, which assigns to Maniago the city name of knife: there are many coltellerie implanted handcrafted from the medieval age. Since the fifteenth century the skillful cutlers maniaghesi forgiavano knives and blades, that went to provide also the troops of the Serenissima.

The strategic position of Maniago along the foothills of the Western Friuli has always allowed the town to play an important role in the context road which led from the plains to the mountain passes through the valleys of the Cellina, the Colvera and Meduna. Traces of human presence referred to the Neolithic period were found in the caves of Mount San Lorenzo, in particular fragments of ceramic objects and other stone objects that testify to the existence of possible settlements prehistoric. Modest testimonies about the presence in the area of the Celts, inhabitants in Friuli from the III century B.C., even if they are still alive some habits, such as the ignition of the bonfire epifanici, that this population may relate. Safe are instead the evidence documenting the territory the presence of the Romans, starting from the same item in Maniago, name of Latin origin with Celtic suffix - ACO, perhaps land of Manilius.

The discovery of many coins and tombstones with inscriptions from Roman times, but especially the line of the road that from Concordia, for San Quirino, San Foca and the ford of Cossana arrived in Maniago and continued toward the mountains, rising from the southern slope of the San Lorenzo, allows you to dilate the history maniaghese well over a thousand years officers.

Dating back to the VIII century are some fragments of sculptures, walled up on the facade of the Duomo and dating back to the time of the Lombards, people that reached the Friuli in 568, settled also in Maniago and in neighboring lands, probably at the foot of Monte Fara, voice that the Longobard in literally means "family". The first document that lists the name of Maniago in written form is the diploma of the Emperor Otto II of Saxony, sent from Ravenna to faithful Rodoaldo, Patriarch of Aquileia, to confirm the possession of some land including cortem que vocatur Maniacus, namely the court which is called manic. Is the 12 January 981. In the document are clearly indicated the boundaries of the Court, placed between the waters of the Cellina and Del Rivo short at the church of Marcadello, places the latter identified with the Rugo wrong and the Church of Our Lady of the road in the municipality of Fanna.

In spite of the fact that there is a center recently extended, Maniago are preserved precious monuments that show the past and the history of the town in the course of the centuries, especially during the Venetian domination. The places and the most representative monuments are mainly located in the historical center and in the surrounding streets to it. Certainly deserve a visit to the Cathedral of San Mauro Martyr, and the ruins of the castle of Maniago.

Placed in a favorable position between the Pordenone and Udine and easily reachable from Treviso, Venice and Trieste, Maniago has attracted in recent years an increasing number of tourists thanks to the numerous events and the places of interest of its territory, such as the Museum of Art Fabbrile and cutlery, the Ecomuseum Aganis Lis, the Natural Reserve of the magredi and events such as knife in feast and the Carnival of Maniago.

Piazza Plebiscito, Polcenigo (Pordenone)
22.22 Kilometers from Maniago
Cordovado Castle
The Castle of Cordovado was built around the 11th century to defend the territory against the rai...

Albergo Montenegro
Piazza Italia, 48 – 33085 Maniago , Maniago
Casa in Borgo
Casa in Borgo is an historical dwelling situated in the heart of the village of Polcenigo, in Fri...

Via San Rocco, 9, Polcenigo (Pordenone)
22.32 Kilometers from Maniago
B&B La contrada
The Bed & Breakfast La Contrada, in the heart of the village of Valvasone, is immersed in a frien...

Via Cesare Battisti, 4, Valvasone (Pordenone)
22.85 Kilometers from Maniago
Agriturismo VI Pietra Miliare
The Agriturismo offers the best refreshment to those who travel while the accommodations are idea...

Via Cesare Battisti, 4, Valvasone (Pordenone)
22.85 Kilometers from Maniago
B&B La contrada
The Bed & Breakfast La Contrada, in the heart of the village of Valvasone, is immersed in a frien...

Borgo Alpi, 5, Valvasone (Pordenone)
22.74 Kilometers from Maniago
La Becjarie
Daniele and Raffaele of Becjarie of Valvasone, in Friuli, are waiting for you to make you taste t...

Via Regina Margherita, 8, Valvasone (Pordenone)
22.85 Kilometers from Maniago
La Becjarie
Daniele and Raffaele of Becjarie of Valvasone, in Friuli, are waiting for you to make you taste t...

Maniago is present in issue 5 of our digital magazine e-borghi travel.
Read it now!

Recipe: Jota, the tasty minestrone of the Friulian villages
In the past, the jota was based on essential and protein ingredients: sauerkraut, beans and cornmeal. The only concession to the throat was given by the pestat, a mixture of lard and aromatic herbs. Nowadays this typical cuisine cooked in the villages of Friuli-Venezia Giulia - also present on the tables of the provincial capitals - is served all year round and, depending on the climate, hot, cold or lukewarm, usually accompanied by wine glasses of the Carso that enhance its flavor. The jota also represents the pleasure of meeting and lig...
Continue