Share
The strategic position of Polcenigo and its natural resources have made the village a suitable place for human settlements since prehistoric times. The town is of significant tourist interest for a competition of historical, artistic, natural, hospitality and catering elements, some of which are exceptional. This is where the Museum of Cooking Art is located, in memory of the generations of chefs who emigrated all over the world. 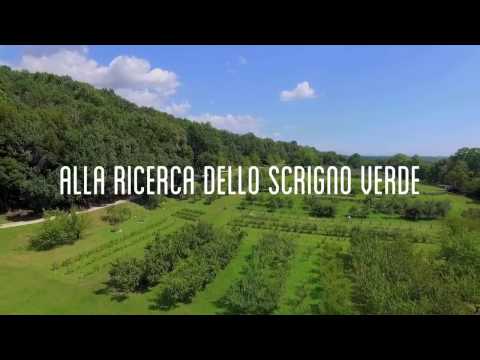 History
The strategic position of the territory polcenighese and its natural resources have made Polcenigo a suitable place to human settlements since prehistoric times. The archaeological finds of the Palù testify to the presence of a village of stilts, dating back to the neolithic period, that could count on’abundance of water, plants and wild animals supplied in large quantities from the humid area of Palù and from the nearby mountains. Between the V and the VI century A.D., with the spread of Christianity, Polcenigo became an important religious center due to the presence of important centers of worship, as the Church of S. Floriano. In the Middle Ages, when the castles were an essential element for the defense of the territory, Polcenigo could boast a complex of fortified buildings, known as the castle already at the end of the X century. A decree issued by the Lords of Polcenigo in 1200, created incentives the building of new houses in the village, for the purpose of attracting new residents in the center of the country. From that historical moment Polcenigo beginningsò to take shape and to expand at the foot of the Castle.

Merchants, artisans, notaries, Sarti, Barbieri, pellicciai and smiths settled in the country while prospered activitiesà traditional, as l’breeding and’agriculture, the inns and resales of food markets and bakeries. In 1420 the territories polcenighesi fell under the dominion of the Serenissima Republic of Venice and in 1499 were invaded by the Turks who had sapped Polcenigo to a heap of rubble. In 1571 the Republic of Venice riconquistò all his possessions and for three centuries Polcenigo enjoyed a period of peace and prosperity, in particular during the XVIII century which saw a great economic rebirth, artistic and religious life of the country. After the fall of the Republic of Venice (1797) the territory was first invaded by the Napoleonic troops and then from those Austrian. Then followed years of discontent and many sacrificed volunteers in the fight against the house d’Austria. In 1866 the territory was annexd to the Reign of’Italy.

Palaces
Walking along the streets of the village it can be possible to appreciate the majesty of some buildings of great historical and architectural value as Scolari-Salice Palace (XVI century), Palazzo Fullini-Zaia (second halfà of the XVII century), Palazzo Manin- Zaro (16th - 17th century) Palazzo Polcenigo (XVI century) and the Palazzo Pezzutti (XVII century). Palazzo Scolari-Salice proposes a portico with coats of arms, arches and columns of the XIII century. The inner courtyard access to the majestic garden at’Italian, realized by Ingegner Quaglia on the slope of the hill that preserves paths, hedges and rare trees centenaries. Palazzo Fullini-Zaia, perhaps designed by Domenico Rossi, è an impressive building on Piazza Plebiscito, with arches ashlar work, mullioned windows and original masks. The palazzo preserves nineteenth-century stuccoes and a grand staircase. Palazzo Manin-Zaro is an example of tardoveneziano style. The palazzo is embellished by two- and three-mullioned windows and ornaments in marble and stucco. The cinema-theater is a remarkable building belonging to the Counts of Polcenigo that probably used as warehouse.

Starting from the second half of nineteenth century there were held concerts and theatrical performances amateur. After an imposing work of restoration, the building houses the new cozy cinema-theater on the ground floor and the Museum of culinary art on the first floor. Worthy of note are also the church of culture dedicated to San Lorenzo (early 13th century) and the church of San Giovanni (XIV-XVIII century). For its valence overview, deserves a particular mention Mezzomonte, a time called Nuvolone. Located on the mountain to a height of 477 meters, possesses a urban shape to più levels, with houses in stone, and a panoramic facing toward the plain from east to west.

Huts
A large part of the alpine pastures that once constituted an essential resource for the economy of the village have been recently expanded and renovated. Have premises for the sale of products and for catering and are capable of responding to requests for a tourism linked to the rediscovery of the territories and to the exploitation of local products.

the Municipality is part of:
I Borghi più belli d’Italia

Via Maestri del Lavoro, 1, Maniago (Pordenone)
22.32 Kilometers from Polcenigo
Cordovado Castle
The Castle of Cordovado was built around the 11th century to defend the territory against the rai...

Via Castello 3 - 33075, Cordovado (Pordenone)
35.89 Kilometers from Polcenigo
Church of San Mauro
the church dedicated to San Mauro martyr is the main church of Maniago, in Friuli Venezia Giulia.

Piazza Italia, 24, Maniago (Pordenone)
22.19 Kilometers from Polcenigo
Abbey of St. Mary in Silvis
The Abbey of Santa Maria in Silvis is situated in the village of Sesto al Reghena, in Friuli Vene...

Casa in Borgo
Casa in Borgo is an historical dwelling situated in the heart of the village of Polcenigo, in Fri...

Piazza Aquileia, 15, Sesto al Reghena (Pordenone)
31.78 Kilometers from Polcenigo
Agriturismo VI Pietra Miliare
The Agriturismo offers the best refreshment to those who travel while the accommodations are idea...

Via Cesare Battisti, 4, Valvasone (Pordenone)
28.09 Kilometers from Polcenigo
B&B La contrada
The Bed & Breakfast La Contrada, in the heart of the village of Valvasone, is immersed in a frien...

Via Castella 17/A, loc. Rua - 31020, San Pietro di Feletto (Treviso)
23.25 Kilometers from Polcenigo
La Becjarie
Daniele and Raffaele of Becjarie of Valvasone, in Friuli, are waiting for you to make you taste t...

Polcenigo is present in issue 5 of our digital magazine e-borghi travel.
Read it now!

Recipe: Jota, the tasty minestrone of the Friulian villages
In the past, the jota was based on essential and protein ingredients: sauerkraut, beans and cornmeal. The only concession to the throat was given by the pestat, a mixture of lard and aromatic herbs. Nowadays this typical cuisine cooked in the villages of Friuli-Venezia Giulia - also present on the tables of the provincial capitals - is served all year round and, depending on the climate, hot, cold or lukewarm, usually accompanied by wine glasses of the Carso that enhance its flavor. The jota also represents the pleasure of meeting and lig...
Continue
Hamburger with trout medallion from Friuli Venezia Giulia
A hamburger with a heart of fish that recalls one of the most famous American specialties, but which maintains the taste of the culinary tradition, a delicious dish with a touch of innovation. The hamburger with trout medallion from the village of Polcenigo is a creative idea: it is easy to cook, as well as an excellent way to make children appreciate fish, since it is also extremely easy to eat. Thanks to this recipe, everyone can prepare it, even those who are not acquainted with cooking.
Continue
Recipe: Tagliolini with salmon trout ragout from Polcenigo
If you are looking for an alternative to the classic meat sauce and you want to eat some fish, this recipe from the Polcenigo is just right for you. To prepare this first dish you need only 30 minutes and to have an excellent result: simple and quick to cook, but extremely good. Follow our recipe if you want to taste the delicious tagliolini with salmon trout fillet. Ingredients 200 gr of tagliolini 70 gr of salmon trout fillet
Continue