Share
The village stands out on a rocky outcrop, immersed in a dense pine and oak forest. Of medieval origins, Bagnone had a great importance thanks to its strategic position, considering that it stands at the intersection of important communication routes. The small village also boasts a long tradition of onion cultivation in the Treschietto area, from which it takes its name. 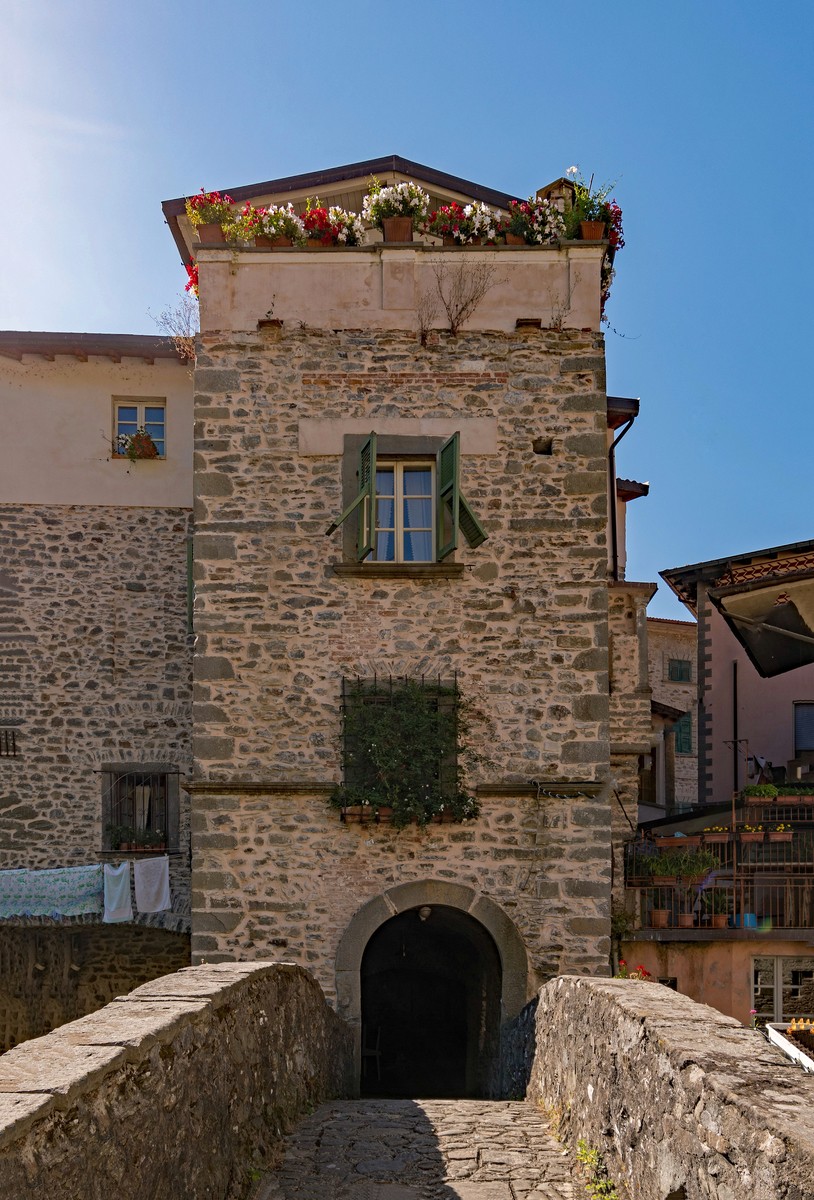 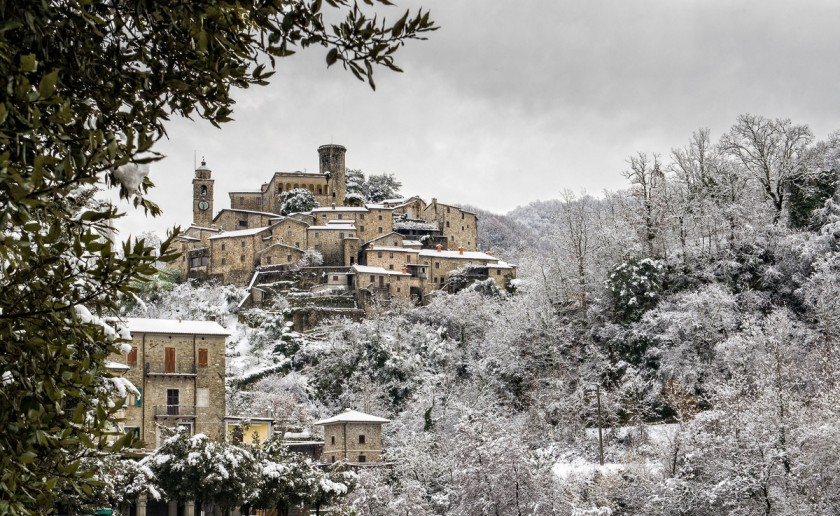 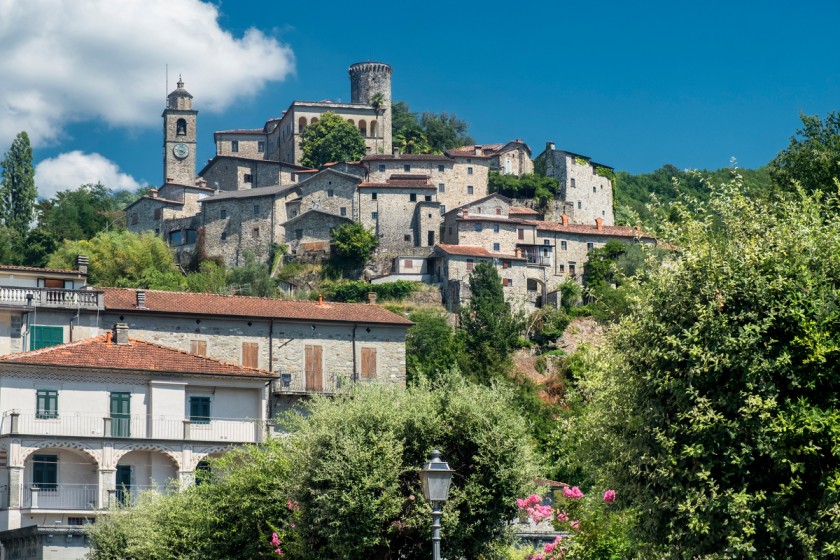 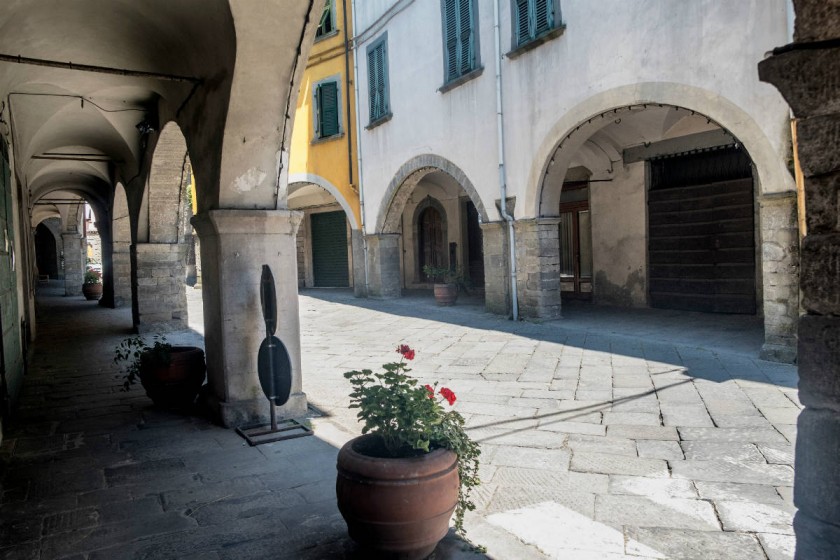 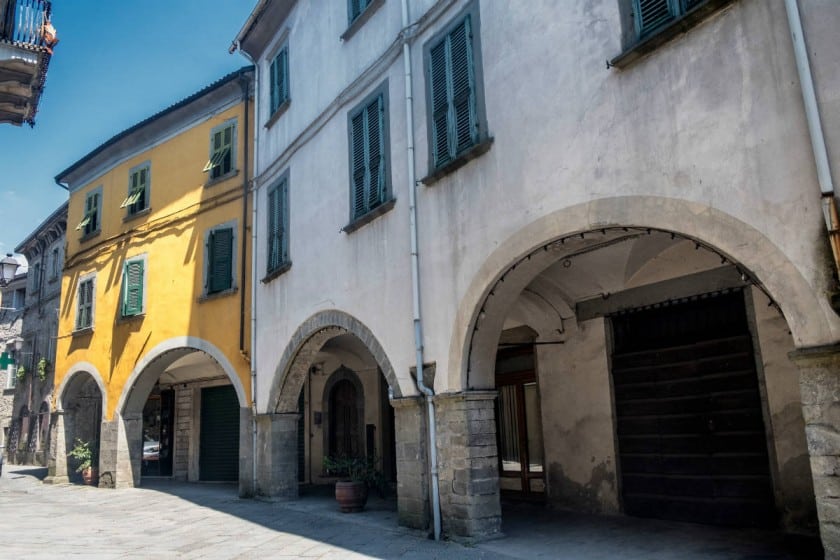 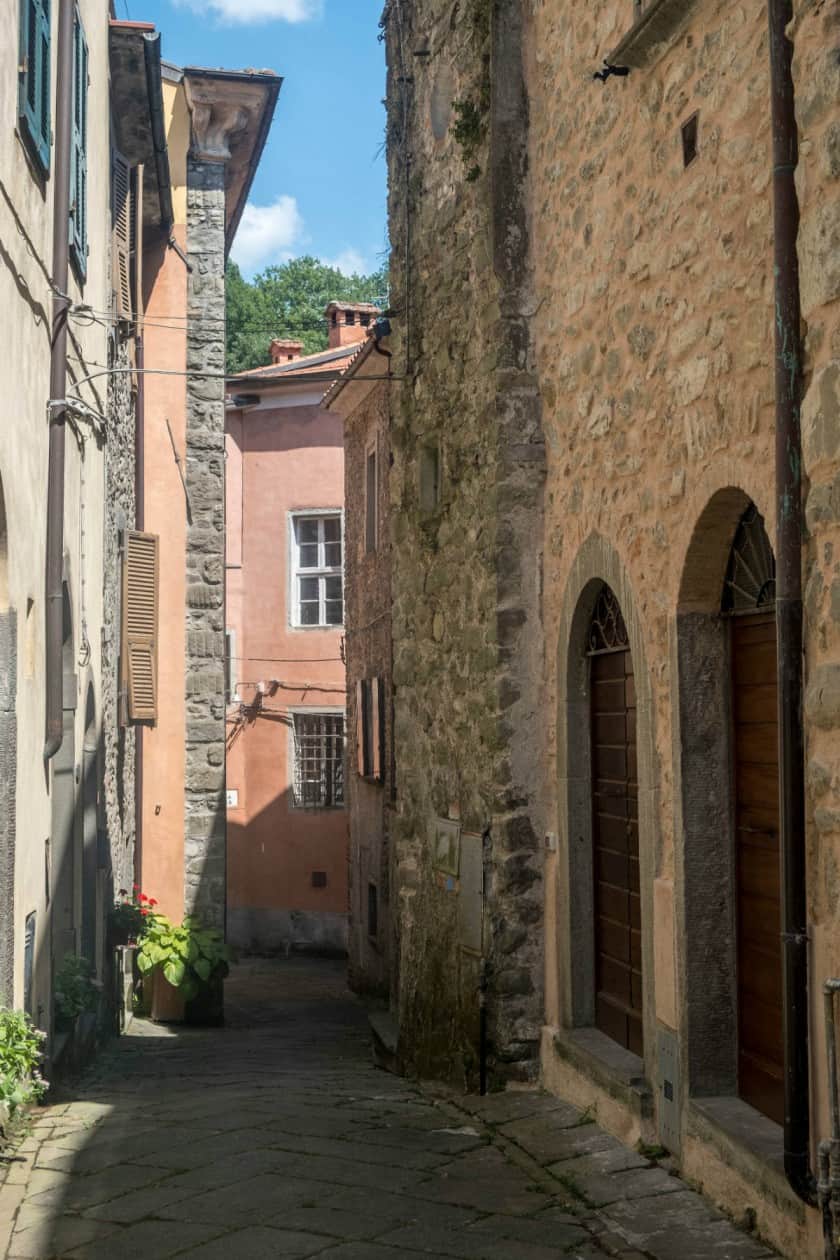 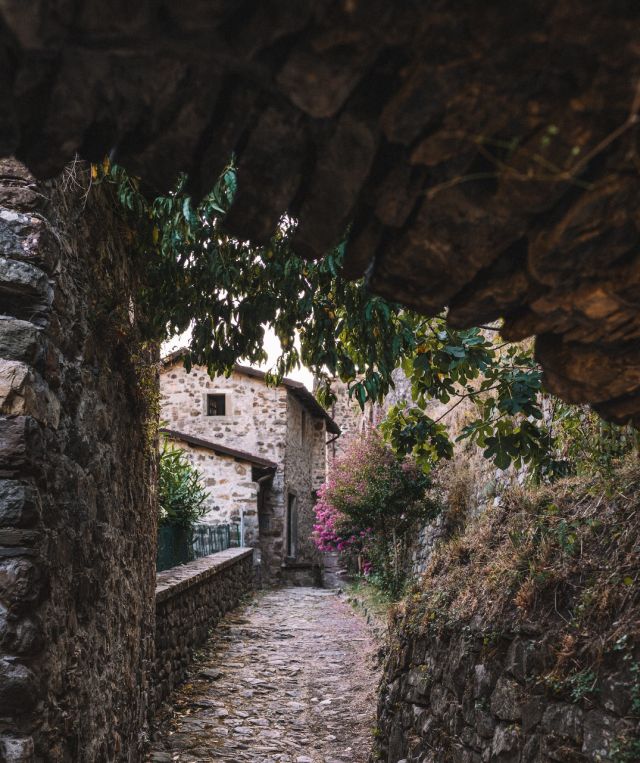 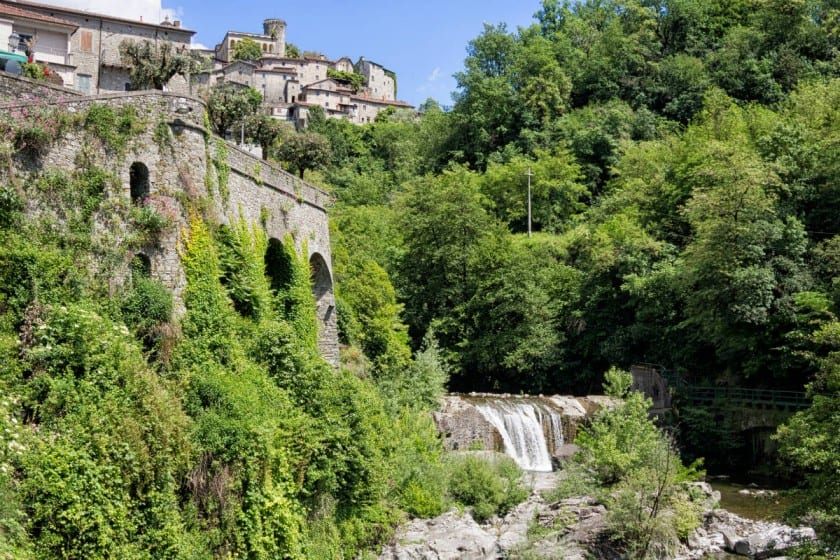 The area of Bagnone (Bagnòn in dialect of Lunigiana, Bondelia in Latin), in Lunigiana, was inhabited since the Stone Age and the finding of a statue of stele at Treschietto shows the human presence during the Bronze Age. Bagnone is named for the first time in a document of 963 and the name of the village is traced back to the name of the homonymous stream flowing not far from the castle, the original nucleus of the town. At the origin, the term Bagnone indicated the stronghold and the agglomeration of houses built around the castle, built on the left bank of the Bagnone stream, from which the place took its name and whose circular tower was in visual communication with similar fortified structures (Groppoli, Mulazzo , Malgrate), to control the valley roadway along the road bend of the Francigena Street. Bagnone's first documented news, which was originally built as a castle over the ancient hamlet of Gutula (later incorporated), is contained in a papal bubble of 1148.

Under the control of the Marquis of Malaspina, Bagnone became an independent feud in 1351. A century later it became part of the territory of the Republic of Florence and then the Grand Duchy of Tuscany and stayed there until the Napoleonic period. In 1815 he returned to the Grand Duchy of Tuscany, but in 1849 he was annexed to the Duchy of Parma and remained there until Unification of Italy in 1859.

They certainly deserve a visit to the Museum of Memory, the church of San Niccolò, the Oratorio of San Terenzio and the Castle of Bagnone and that of the Treasury.

In the course of history, the inhabitants of the Bagnónese, when they felt in danger, took refuge in the various 'huts' scattered around the Apennine, such as the Tornini, Garbai, Baton hills, above the hamlet of Iera, along the ancient via the salt, or to the Fagianelli, to the north of the Vico hamlet, on the Re di Valle stream, on the ancient mule track for the "Death Pianel", dotted with numerous huts. These ancient shelters have become bivouacs and cribs for shepherds, peasants and peasants who used them there during the cleaning of the forests and the harvesting of chestnuts. From these mountains it is easy to reach "Highway of the Parks", an itinerary of more than 450 kilometers to promote a territory of great naturalistic, landscape and historical interest.

The small village also boasts a long tradition of growing onions in the area of ​​Treschietto, from which it is named. Also worth mentioning are other Lunigiana specialties such as the Testaroli, the Herb Cake, the Barbuta, the Sgabeo, the Bomb of Rice, the Potato Pie, the Pumpkin and Potato Cake, the Pork Cake, lamb, almond cake, bagnese tortellas, bastard lasagna, chopsticks.

Via delle Prate, 12, Fosdinovo (Massa-Carrara)
18.23 Kilometers from Bagnone
Castle of Corniglio
Medieval defensive structure located in the village of Corniglio, in the province of Parma.

Piazza Castello - 43021, Corniglio (Parma)
19.39 Kilometers from Bagnone
Malaspina Castle
The Malaspina Castle is the biggest and best preserved castle of the Lunigiana, in Tuscany.

Viale Malaspina, 32, località Caniparola, Fosdinovo (Massa-Carrara)
23.26 Kilometers from Bagnone
Malaspina Castle
The Malaspina Castle is the biggest and best preserved castle of the Lunigiana, in Tuscany.

Find where to sleep in Bagnone

Via Pilastri, 18, Fosdinovo (Massa-Carrara)
21.88 Kilometers from Bagnone
= distances as the crow flies