Share
Treia is a municipality located north of the Potenza river valley. The center of the village is the Piazza della Repubblica with its public and religious buildings. The specialty of Treia is the "calcione", a typically Easter dessert with a cheese filling, to which a festival is held which takes place in May. Between the end of July and the beginning of August, the historical re-enactment "Disfida del Bracciale" is unmissable. 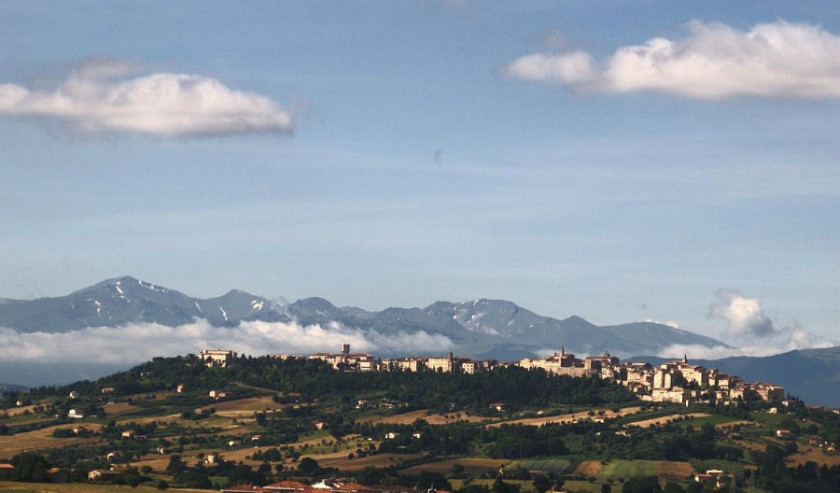 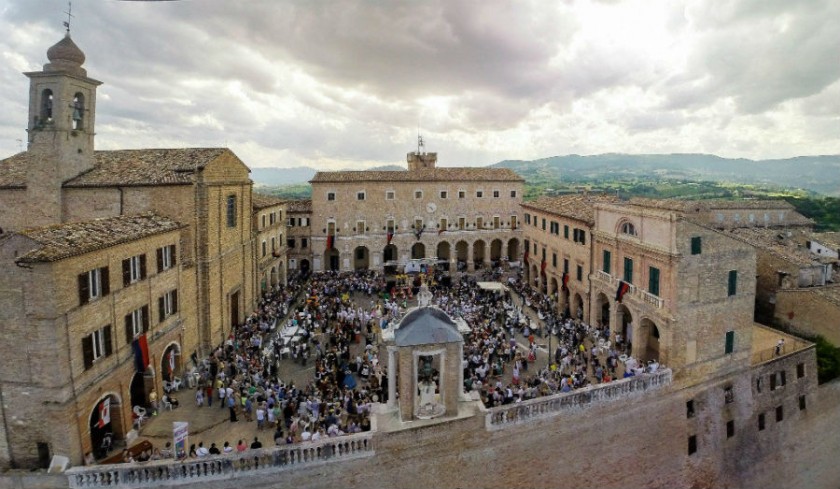 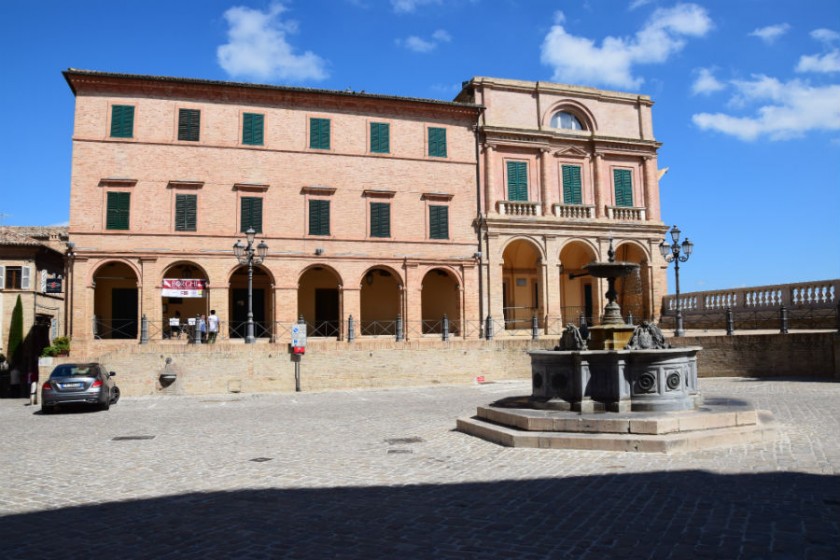 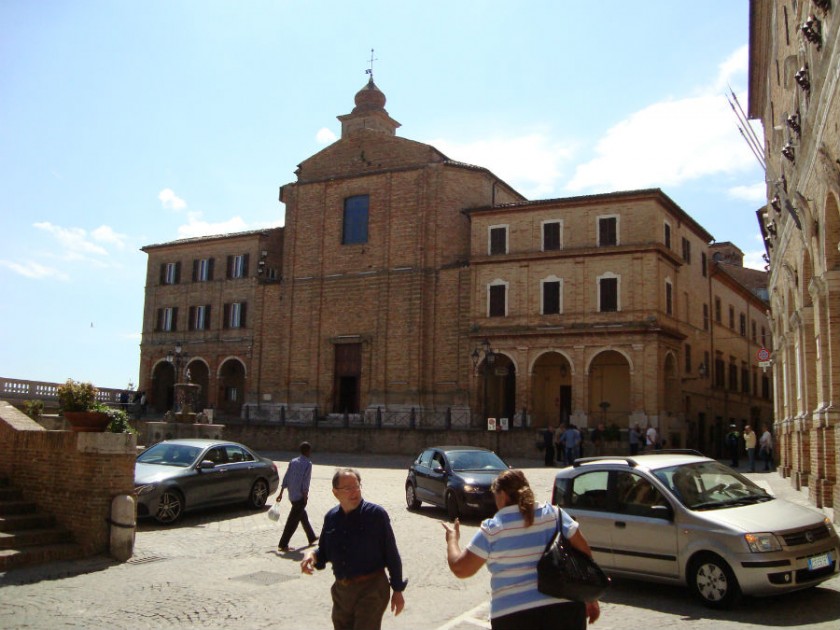 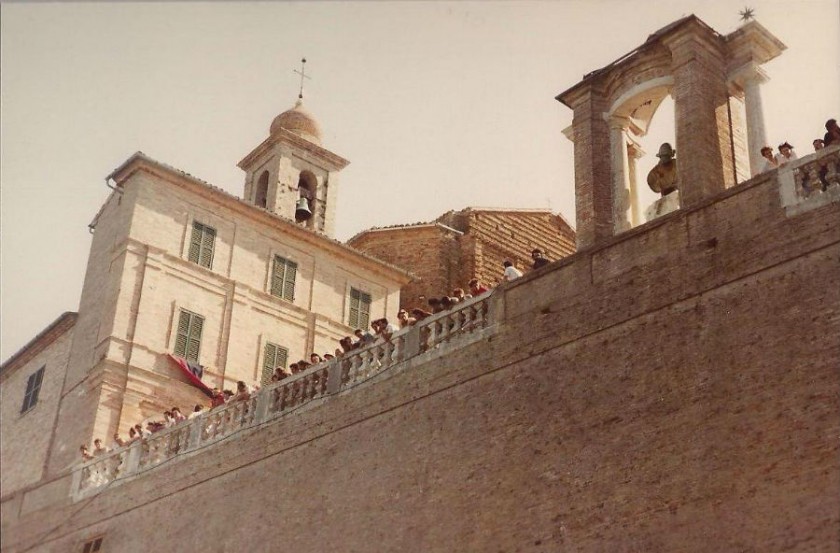 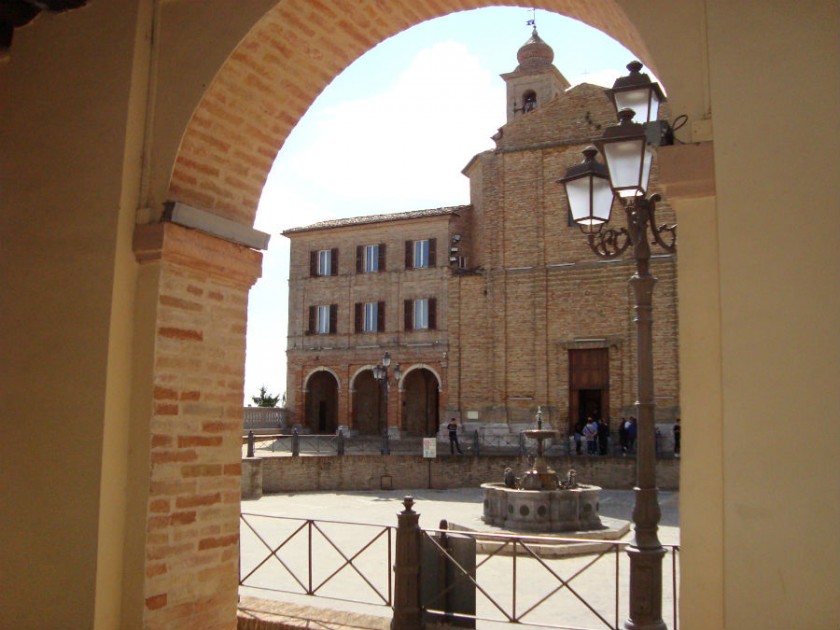 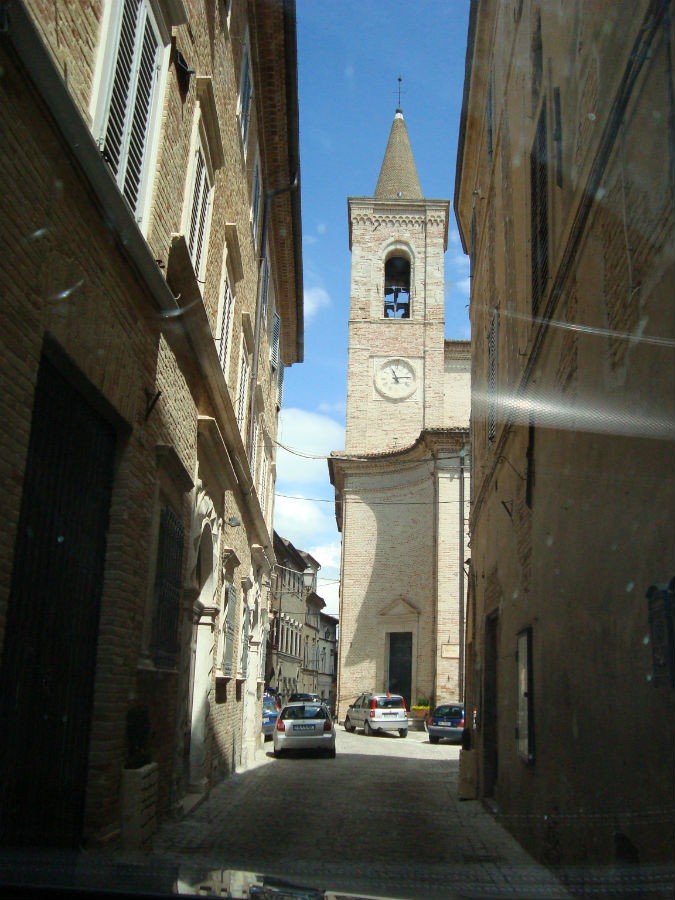 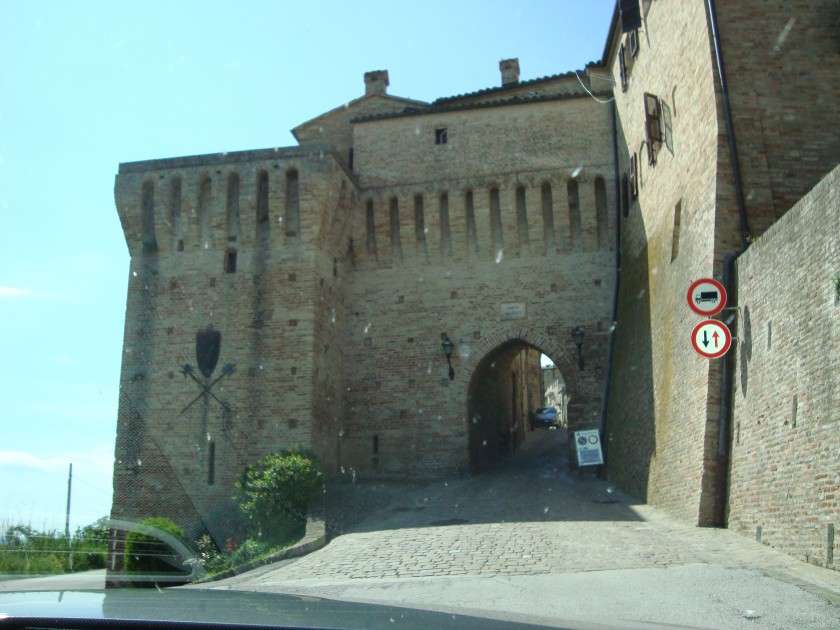 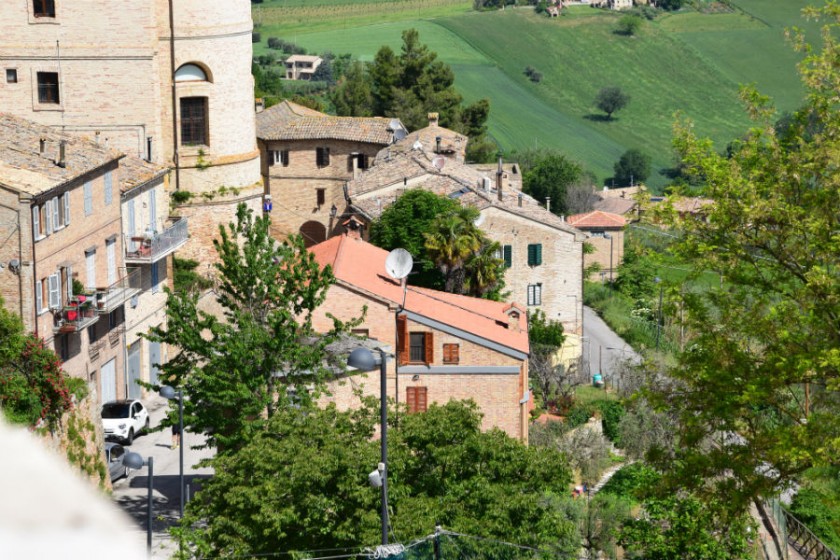 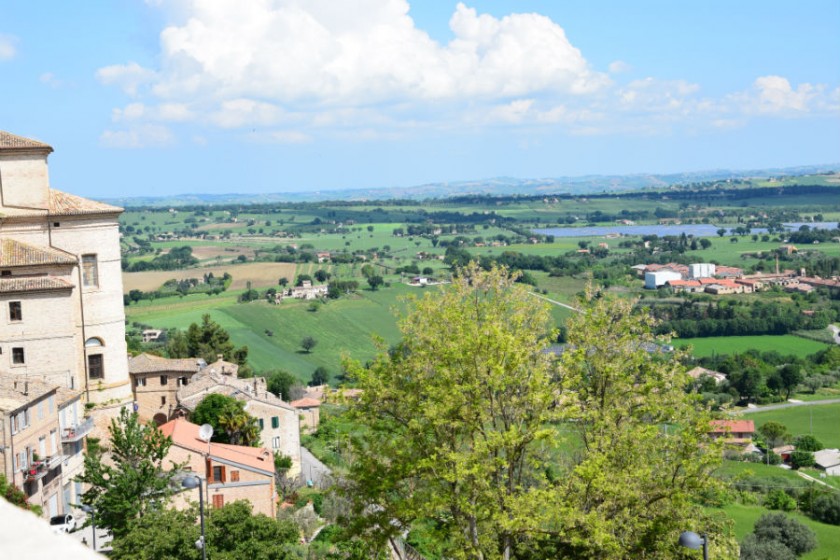 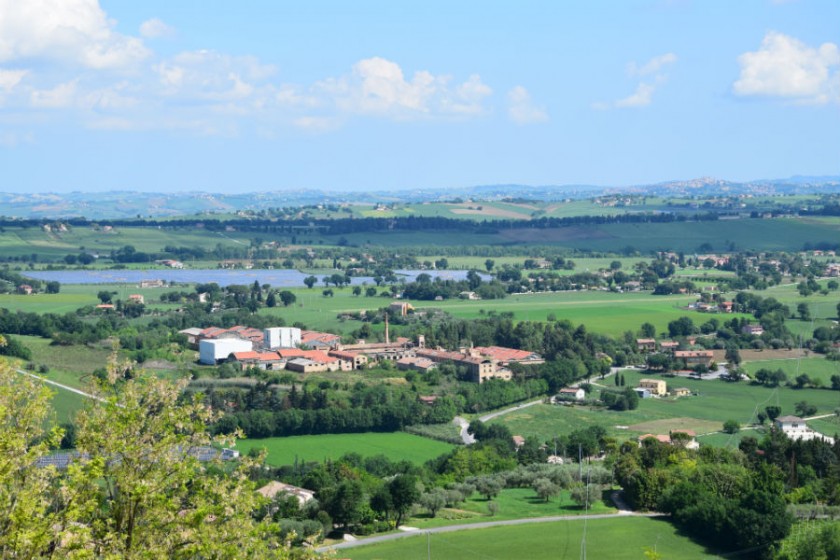 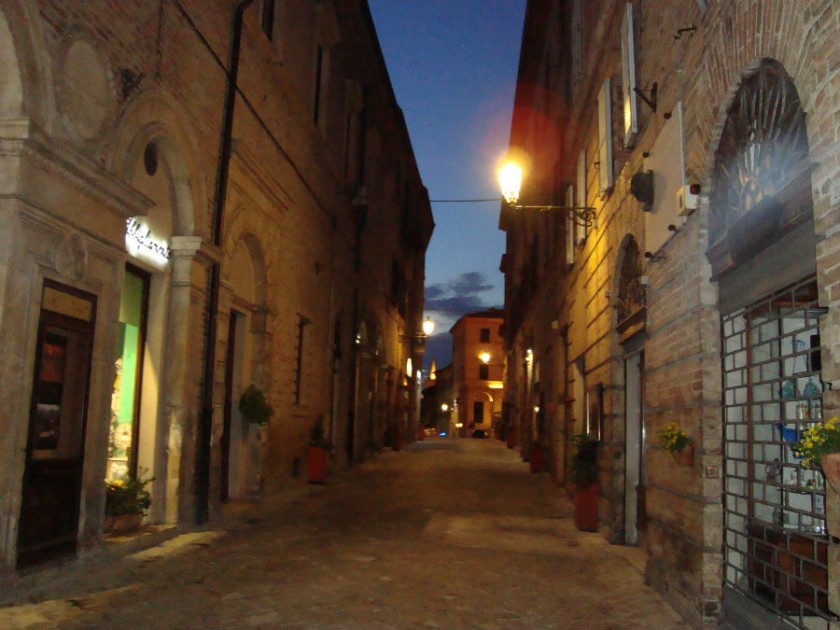 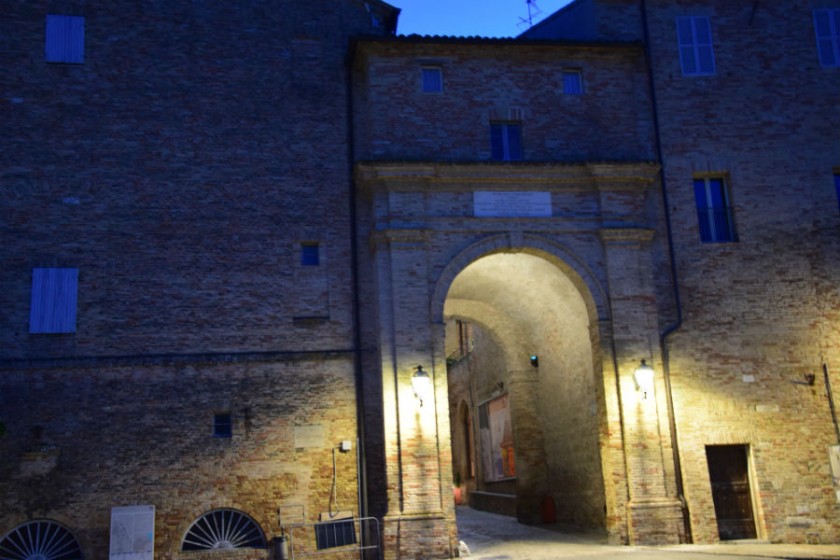 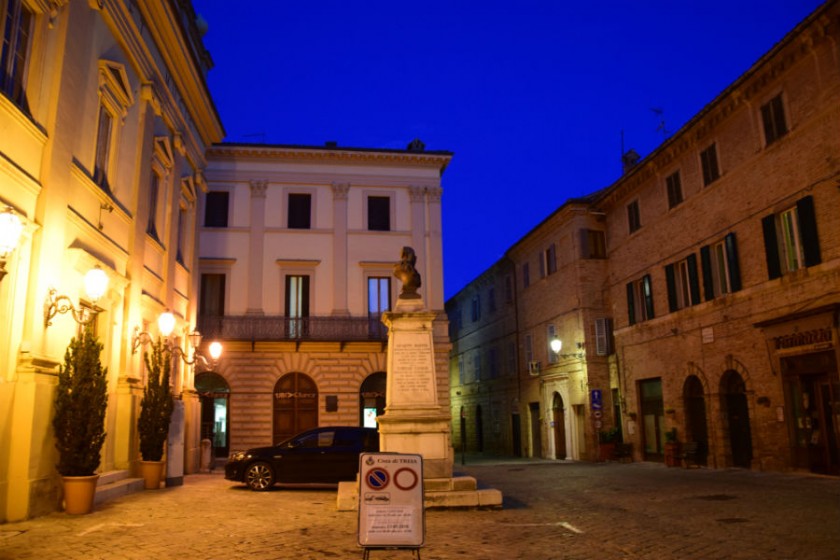 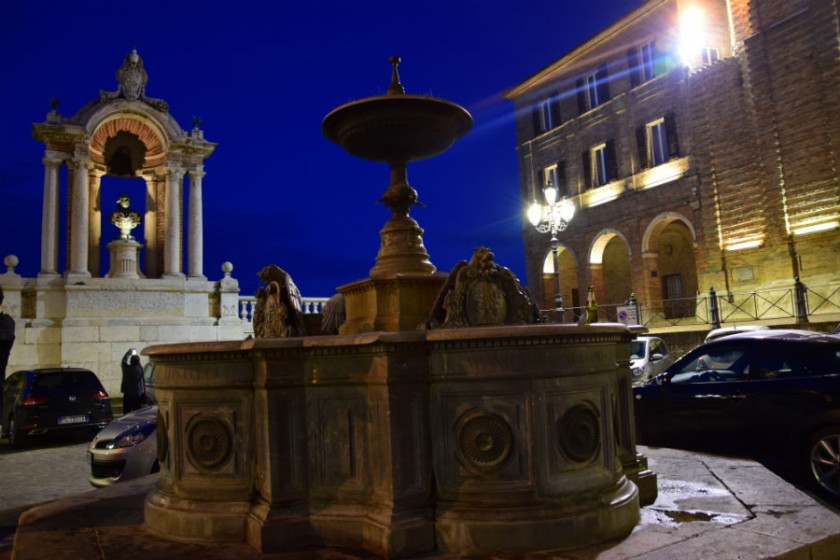 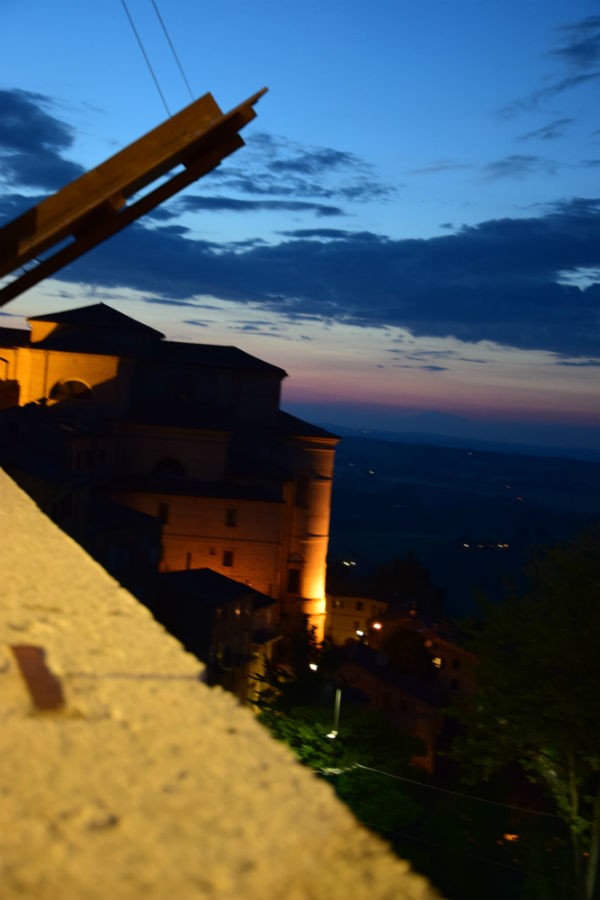 A look at Treia

The historic center of Treia is placed on a long and narrow saddle of sandstone from which is visible throughout the valley of power. The ancient Treia stood in the area of the Shrine of the Holy Crucifix, where in a field is still visible in the form of an amphitheater, and it is still possible to find fragments of Roman times, in addition to those entered in the walls of the convent. Founded or by the Piceni in pre-Roman times or by the Sabini around the IV century B.C., takes its name from that of the goddess Trea-Jana, divinity of greek origin-sicula that here was venerated; the first roman colony, then the City Hall (109 a.C.), reached a good urban extension and considerable military importance. Treia was destroyed a first time by the Visigoths in the V century and then, between the IX and X centuries, by the Saracens, whereby inhabitants the rebuilt on three small neighboring hills that allowed an easier defense, giving also the new name of Montecchio (Monticulum or Monteclum: small Monte).

Became part of the Dukedom of Varano of Camerino, was under the dominion of Francesco Sforza, and then passed to the state of the Church, however, managed, around the XI-XII century, to give itself its own communal sorting (in 1157 mention is made of two consuls) and to have a precise physiognomy, so much so that he was built an imposing defensive system comprising the three castles of the Onglavina, dell'Elce and of the formwork, the mighty walls and the various access ports. In the context of the contrasts between the Papacy and the Empire, the city was surrounded by a siege once in 1239, by the army of King Enzo, the natural son of Frederick II, and in 1263, from that of Corrado of Antioch, nephew of Federico II, always without success. Indeed managed to stud the same Corrado (tells pretending to surrender and decreasing the gate of the port you just entered Corrado with all the State Major), which however returned to freedom after two months of prison in the castle of the formwork, perhaps for the betrayal of the podesta Baglioni, let bribe by the enemy. In 1790 Pius VI with the bull "Emixum souls our stadium" of 2 July the erected to the rank of "city", with the ancient name of Treia. The village became part of the state of the Church until 1860 when, after the battle of Castelfidardo, was annexd to the Reign of Italy.

The center of the village is the Piazza della Repubblica with its public and religious buildings: the Palazzo Comunale, with a beautiful porch, the result of the union of two palaces occurred between the XVI and the XVII century (note the different amplitude of portici) also houses the Municipal Art Gallery in the Council Hall, in Coats of Arms Room and other spaces of the piano nobile; the Church of San Filippo that preserves a Crucifix perhaps of the XIII century and finally the building of the Academy Georgica, made by Giuseppe Valadier, where you will find a rich documentation of the activities of the Academy was born in '400 as Academy of raised.

The square has an open side delimited by a balustrade of the late '700 on which rests the Monument to Pope Pius VI 1785. From this balustrade affaccerai ti on beautiful panorama toward the surrounding hills. The city also has a lovely Teatro Comunale built between 1805 and 1817 and decorated with stuccoes and wooden paintings. The Duomo, dedicated to SS. Annunziata, is the nineteenth century, but the original construction, of which remains only the bell tower, dates back to the XII century. In the convent of the Church of San Francesco was the Museo Civico Archeologico that preserves remarkable artifacts that document the various phases of the history of Treia, since the era of the Roman Trea.

A walk along the walls, very well preserved, lets you discover towers and old doors and to enjoy unique views. Remarkable is the one that can be admired from the tower of the Onglavina, also called San Marco, built on a high rocky sandstone, toward the Sibylline Mountains up to the mountains of Abruzzo. Just outside the city center, you will find the Sanctuary of the Holy Crucifix, built on the ancient Roman settlement of Trea. Of the Roman period are also some finds walled in wall enclosure, at the base of the bell tower and at the entrance to the convent.

The Downy Oak of step of Treia is a monumental shaft of about 450 years. Has a height of 23 m, a circumference of 6.45 m and is the oak most imposing of Marche.

Piazza Giacomo Leopardi, 6, Montecassiano (Macerata)
11.55 Kilometers from Treia
Canfaito beech forest
Elcito is one of the places of the Regional Natural Reserve of Monte San Vicino and Monte Canfait...

Via Casette, 19 - 62022, San Severino Marche (Macerata)
16.71 Kilometers from Treia
Abbey of Valfucina
The evocative abbey of Valfucina is located in the territory of the small village of Elcito, in t...

Via Santissima Annunziata, 27, Montecosaro (Macerata)
26.69 Kilometers from Treia
Abbey of Valfucina
The evocative abbey of Valfucina is located in the territory of the small village of Elcito, in t...

Find where to sleep in Treia

Via Umberto I', 1, Mogliano (Macerata)
19.42 Kilometers from Treia
Cupramontana-Accoglie
A tourist information centre that aims to be at the disposal of visitors who want to spend happy ...

Travel proposals in Treia and in its territory

Feast and fair of San Vito

Our news about Treia

Wonder Italy: start the engine and discover the wonders of Italian villages
Wonder Italy is the dream born in 2015 from the desire to live an exciting experience, among the beautiful landscapes and architecture of the Umbria Region.From the crazy views guarded by the Apennines, Wonder Umbria has become a widespread project, until it turned into "In the most beautiful villages in Italy": here is an amazing motorcycle vacation that will start from Umbria and will cross Tuscany, Marche and Emilia-Romagna, three caskets full of fairy-tale landscapes and picturesque villages all to be discovered. Three ...
Continue
Borghi Photo Marathon 2018: photos and the award ceremony at the TTG in Rimini
Yesterday at the TTG Travel Experience, the main B2B tourism marketplace in Italy, was the award ceremony of the Borghi Photo Marathon 2018, a photo event organized by Yallers Italia in collaboration with Borghi Magazine, which saw photography enthusiasts working to capture the best of the colors and emotions of the selected villages. The president of the Yallers Italia association, Giorgio Monticelli, presented the award ceremony showing all the spirit of the association and, congratulating all the collaborators and sponsors, "di...
Continue