Share
For art lovers, both classic and contemporary, Pietrasanta is a perfect destination. It is called "Little Athens", thanks to the vast number of artists who have decided to settle there over the years. What fascinates tourists is the elegant historic center, full of art galleries, boutiques, wine bars, refined restaurants and houses overlooking its streets with a pavement that brings travelers back to past times.

A look at Pietrasanta 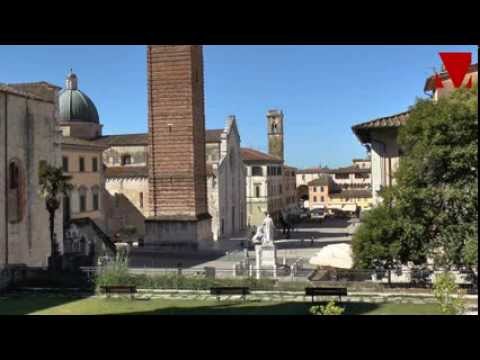 Pietrasanta, the birthplace of the Italian poet and critic Giosuè Carducci, is the capital of Versilia and is considered the perfect destination for lovers of art, both classical and contemporary.

The artistic vocation of Pietrasanta has ancient roots and is closely linked to the processing of marble and bronze, thus earning the nickname Little Athens, due to the concentration of artists who have decided over the years to settle in the village. Among the most famous there are Igor Mitoraj and Fernando Botero.

What fascinates tourists is the elegant historic center, rich in art galleries, boutiques, wine bars, fine restaurants and with houses overlooking its streets with a pavement that brings travelers back to the past. In the center you can also admire numerous monuments, including the Cathedral of San Martino, in Romanesque-Gothic style, and the Church of Sant'Agostino, in Romanesque style with the bell tower attached in Baroque style.

Walking through Pietrasanta one can appreciate sculptures and works of contemporary painting, among which: Fernando Botero's Il Guerriero, in Piazza Matteotti; Harry Marinsky's San Francesco, opposite the Church of San Francesco; Francesco Messina's Il Pugilatore in via Garibaldi; Igor Mitoraj's Il Centauro in Piazza Centauro. Among the paintings, inside the Church of Sant’Antonio, it is possible to admire the fresco by Fernando Botero with Paradise and Hell.

The village of Pietrasanta also has a series of underground passages, as well as strategic defensive works such as the walls clearly visible from the square, reachable thanks to a path that ends at the Rocca di Sala, from which you can admire the Versilia plain from Viareggio to Forte dei Marmi.

There are several famous people who link their name to Pietrasanta, primarily Giosuè Carducci, born in Valdicastello (a hamlet of Pietrasanta). The poet spent his childhood in the village where it is still possible to visit his birthplace. Nobel Prize for literature in 1906, every year the city remembers him with the National Poetry Prize dedicated to him.
Even the poet Gabriele d'Annunzio, the Polish sculptor Igor Mitoraj, the Colombian sculptor Fernando Botero and many others stayed in Pietrasanta, including Michelangelo Buonarroti, who signed several contracts in Pietrasanta for the marbles that gave birth to some of the his most valuable works.

Once you have visited the beauty of the village you just have to enjoy some of its sea. Marina di Pietrasanta, composed of four centers Fiumetto, Tonfano, Montrone and Focette, is a few kilometers from the village and stretches for about five kilometers on the beautiful Tyrrhenian coast.
Throughout the Versilia, the land is rich in flavors and with a strong culinary tradition. In Pietrasanta, the cuisine of the land and the sea meet, with genuine local products cooked in the name of artistic creativity and served in trendy bars. Once in the village, one cannot fail to taste: the fried panzanella, which is nothing more than a fried dough in hot oil; the "sciocco" bread (typical Tuscan), whose name derives from the fact that it does not contain salt, with a slice of Tuscan salami or Colonnata lard; The combination of the flavors of sea and land can be appreciated in the preparation of typical dishes such as spelled and catch of the day, sparnocchi - sea cicadas - with beans and risotto with cuttlefish and chard. Not to be forgotten are the Versilia tordelli, meat-filled ravioli made by hand and seasoned with ragù, Cacciucco alla Versiliese, spaghetti with razor clams, grilled fish, matuffi, or polenta with sausage and mushroom sauce and topetti, which are simple potato gnocchi.
All dishes are prepared with local oil, in fact in the area there are small olive mills.

Via S. Piero, 62, Montecarlo (Lucca)
37.23 Kilometers from Pietrasanta
Theatre of the Reassured
In the Teatro dei Rassicurati of Montecarlo concerts and performances of prose and amateur theatr...

Pietrasanta is present in issue 4 of our digital magazine e-borghi travel.
Read it now!

The other Tuscany: travelling around the hinterland villages and the islands
If Florence, Pisa, the “Chiantishire” as well as the villages like Volterra and San Giminiano are famous all over the world, Tuscany is actually an endless chest of historical, architectural and natural treasures that can astonish even the ones who think they know this region pretty well thanks to many precious details that are like precious jewels that deserve to be slowly discovered in a well-being mood. But your experience there...
Continue
Tour on the Tuscan coast, for those arriving by car or by ship
The Tuscan coast is not just sea, sun and tan. Of course, summer is approaching and thoughts are turned to the beaches of one of the most well-equipped Italian regions from a bathing point of view, so much to be taken up each year by Bandiere Blu. But the coast of Tuscany, besides excellent quality establishments, includes a series of jewels that already existed many centuries before umbrellas were planted on the sand. We are talking about the...
Continue