Share
Agro-pastoral village, Martano is particularly characterized by the production of oil and tobacco. The characteristics of the "Ancient Earth" name with which the historical center of Martano was defined recall the Byzantine chora, originally surrounded by defensive towers and the castle with a large moat repeatedly modified, so as to appear more like a marquis palace. 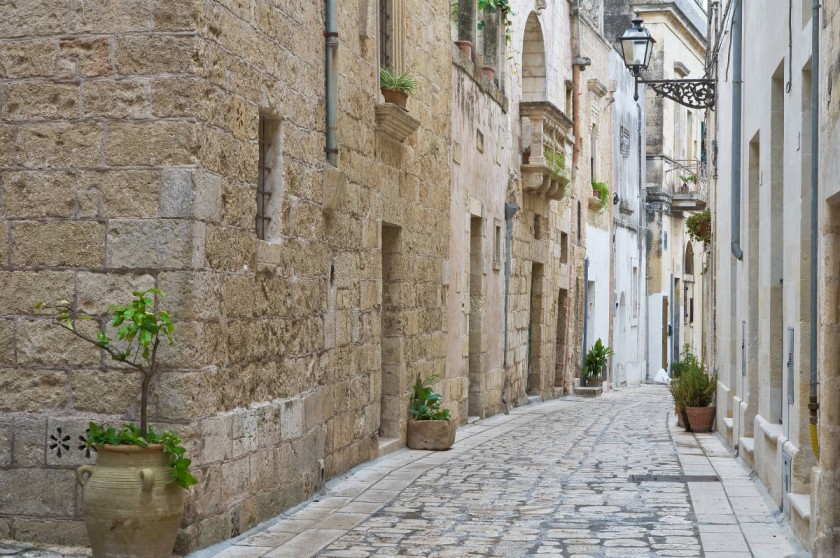 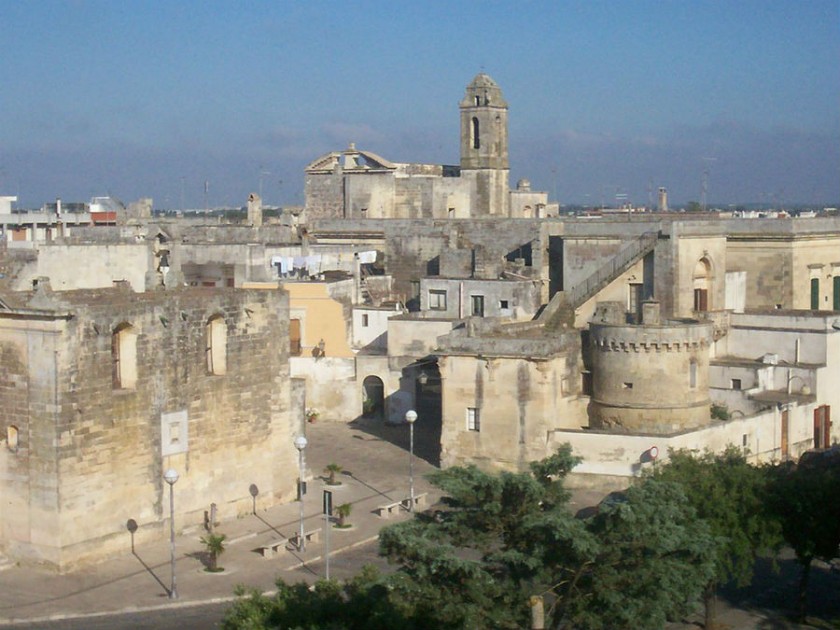 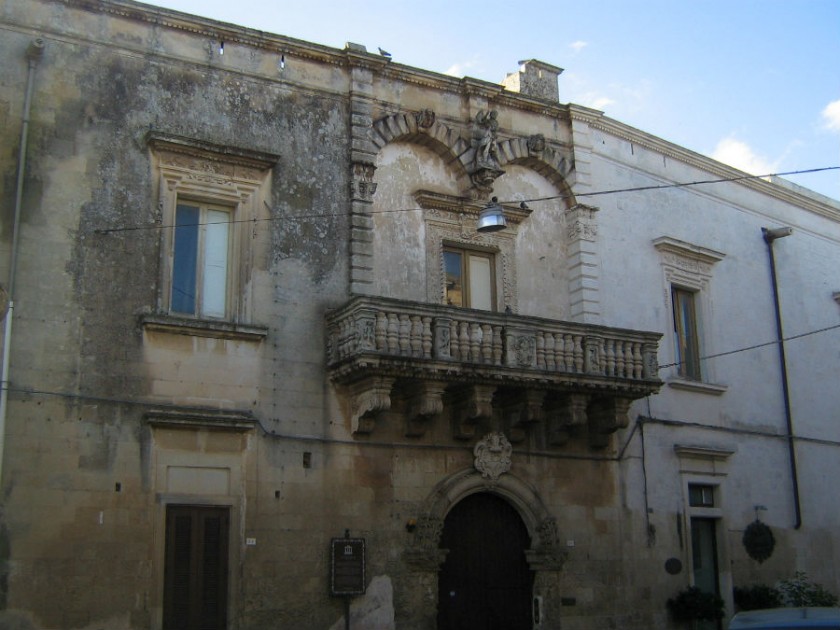 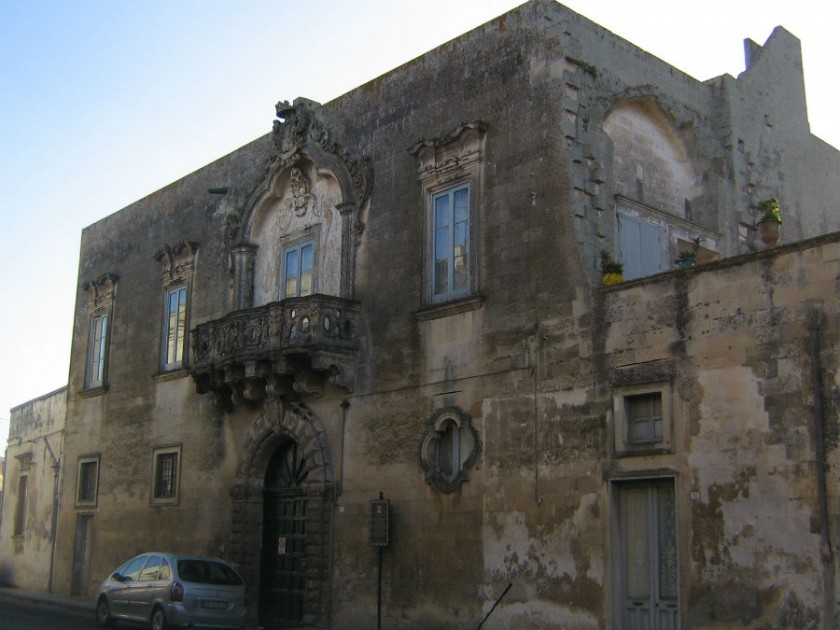 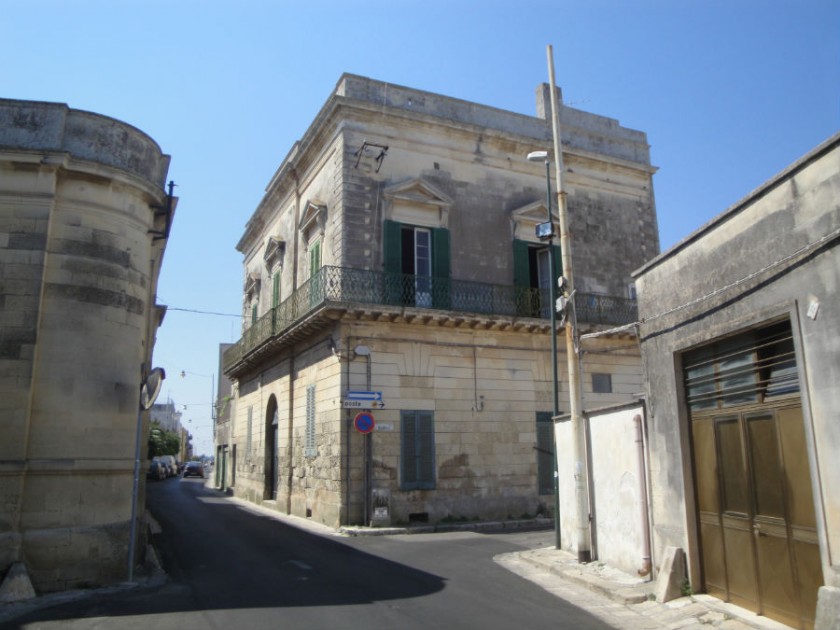 A look at Martano

Martano (Martána in griko, Martanu in Salento dialect) is located in the Salento The center-east and is part of the so-called Grecia Salentina, an area ellenofona which speaks an ancient language of Greek origin, the griko.

The grecanico or griko (even grico) is a dialect (or group of dialects) type neo-Greek remainder probably of a wider and more continuous linguistic area ellenofona existed formerly in the coastal part of the Magna Grecia. The greeks today call the Katoitaliótika language (in Greek Italian "Southern"). The language, written in Latin characters, has points in common with the neogreco and in the meantime the words that are the fruit of apparent influences leccesi or anyway romance. Today in Martano The griko is spoken mainly by older people, even if it is understood by a band of wider population.

The origins of Martano risalirebbero to prehistory as contemplated by the presence of megalithic monuments such as the Specchia dei Mori (in griko secla demonìu tu) and the menhir of Theophilus, representing the menhir highest in the region. These monuments were places of worship of the populations Japigee.

After the fall of the Western Roman Empire the town was inhabited by settlers coming from the east and from 476 fell under the dominion of the greeks undergoing a process of grecizzazione lasted over five centuries. The Greek influence and then byzantine radically influenced the habits and the local language (Griko). The Greek culture persists and is still observable today in the traditions and folklore.

In 1190, during the norman period, Tancredi d'Altavilla granted the fief to Giorgio Rome to which succeeded Riccardo de Martano in 1269, Goffredo de castles in 1300 and Rinaldo de Hugot. From 1545 it became a fief of the bucally, in 1591 the De' Monti, in 1698 the Marquis, in 1742 of Brunossi, and finally in 1748 was bought by Gadelata that were the last feudal lords.

Certainly deserve a visit the Chiesa Matrice church, the monastery of Santa Maria della Consolazione and the Casale di Apigliano.

Via Basilica, Otranto (Lecce)
17.20 Kilometers from Martano
St. Peter's Church
The Byzantine church of San Pietro is located in the historic center of Otranto, in Salento.

Via San Pietro, Otranto (Lecce)
17.34 Kilometers from Martano
Aragonese castle
The castle of Otranto, in Salento, gave the name to the first gothic novel of history.

Piazza Don Tonino Bello, Tricase (Lecce)
30.49 Kilometers from Martano
Calvary
an apse of a hypothetical church where the nave is the road, side walls are the scenes road and t...

Via S. Donato, 101, Montesano Salentino (Lecce)
24.99 Kilometers from Martano
Padula Mancina
The "Padula Mancina" is an environment acquitrinoso situated to the west of the territory of Mont...

Via Provinciale per Montesano, Montesano Salentino (Lecce)
25.03 Kilometers from Martano
Sources of Torre Vado
the "sources" of Torre Vado represent, for the inhabitants of Morciano di Leuca in the Salento, a...

Find where to sleep in Martano

S.P. 277, Via Giurdignano, Otranto (Lecce)
15.01 Kilometers from Martano
B&B Centro Storico
The Bed & Breakfast Centro Storico rises in the heart of Otranto, on the ground floor of the anci...

Via Madonna del Passo 68, 73028 , Otranto (Lecce)
17.58 Kilometers from Martano
B&B Centro Storico
The Bed & Breakfast Centro Storico rises in the heart of Otranto, on the ground floor of the anci...

Via Madonna del Passo 68, 73028 , Otranto (Lecce)
17.58 Kilometers from Martano
Hotel Salento
Hotel Salento and Noviera restaurant are located in the village of Specchia, the heart of the Sal...

Strada Provinciale per Miggiano, km 1, n. 53, Specchia (Lecce)
28.06 Kilometers from Martano
Masseria Uccio
Entirely made with stones and tuffs of the place is a testimony of the ancient peasant civilizati...

Fair of San Vito in the Costantino district

Feast of Our Lady of Bad Weather

Our news about Martano

Recipe: Potato pitta
A typical dish of Salento cuisine suitable for a dinner or an appetizer, to be enjoyed both hot and cold. The pizzaiola potato pitta consists of a kind of rustic two-layer focaccia baked in the oven based on potatoes, cheese, breadcrumbs and eggs and with a filling of fried onion, tomato sauce, black olives and capers.Let's see how to prepare it. Ingredients 1 kg of yellow-fleshed potatoes1 large egg200 gr of grated pecorino / parmiggianoo...
Continue
Recipe: Pasticciotto Leccese
The Pasticciotto Leccese has a long history behind it. Born as a simple makeshift dessert, obtained from what the fantasy suggested, back in 1475, to the Galtina pastry chef, Nicola Ascalone. It is said that on the occasion of the celebrations in honor of St. Paul, the Patron Saint of Galatina, Ascalone did not know what sweet to do for the many pilgrims who came for the party. Finding pastry leftovers with shortcrust pastry and simple custard, he had the idea of covering oval-shaped molds with pastry, pour in some cream ...
Continue