Share
San Felice Circeo offers tourists a huge range of opportunities. The most obvious attraction is that inherent to the seaside offer, made up of beach, sea, sea caves, scuba diving, seaside restaurants, guest houses, hotels and houses for rent. To this is added, however, also the offer of an environmental-naturalistic character as the town enjoys the Circeo Park to which it belongs. In it the tourist can find attractions in the field of flora and fauna and opportunities for healthy excursions of cultural interest.

A look at San Felice Circeo 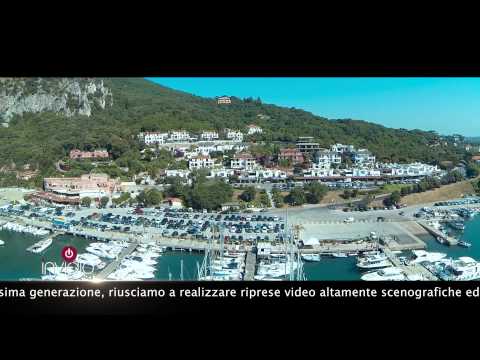 The territory of the village of San Felice Circeo develops under the promontory of Circeo, appearing from Anzio like the profile of a face of a man lying down, while from Gaeta appears as an island, the ancient island Eea. The plain below, the Agro Pontino, is instead constituted by submerged sands, reclaimed during the fascist period. The promontory in quaternary was really an island and various are the tests: the discovery on the promontory of a sandstone bigia rediscovered then only 300 meters of depth, the furrows marine fossils, signs of marine erosion and the information obtained from the study of the layers pliocenici. The promontory of Circeo is characterized by the presence of numerous caves on its southern side.

The village of San Felice Circeo has a very ancient history, which begins with the men of Neanderthal. During the centuries the Circeo will be roman colony, possession of the Templars during the Middle Ages, a fief of the Caetani and finally stronghold pontifical. Starting from the middle of 3000 B.C. all Lazio was inhabited by populations protolatine. Lived of sheep farming and agriculture in villages made of huts and subsequently in fortresses built on the hills. Around 1000 B.C. arrived other Italic populations such as the Sabines and Etruscans. The Circeo was already in ancient times an important commercial center; it was a landing place for the navigators foreigners which entertained trade relations with the local populations and the hinterland. It is believed that the promontory could be a station for the landing of the Focei, population stanziatasi greek colonies in Sicily. The greeks began to narrate and to bring various legends linked to the Circeo and Ulysses, Circe and their children. The fame of the Circeo the Greeks in this ancient epoch suggests that evidently the Circeo bloomed commercially very before other cities in Lazio. In Roman times, the Circeo were constituted two colonies at a distance of a century from one another, relate the Roman historical Tito Livio, Dionysius of Halicarnassus and Diodoro Siculo. The first colony was sent to the Circeo by Tarquinius the superb and it was led by his son Arunte. Dionisio narrates that the colony was sent since the promontory was located in a strategic position, since overlooking the sea. Shortly after the Cologne faced to the invasion of the Volsci. After domination volsca Romani-Latini i in 393 B.C. decided to regain Circei and built around the perimeter of the acropolis of Circei causing it to become a city-fortress.

The history of the Circeo has a large hole of time that goes from the fall of the Roman Empire until the year One Thousand. These are the years of the barbaric invasions and is not to be excluded that the inhabitants of the colony have suffered violence and devastation, first with Alaric and then with Genseric. Surely Circei was destroyed in the IX century by the Saracen invasions. The ancient settlement was gone and from that moment onwards the town changed its name to Rocca Circei, Rocca Circea, Rocca De Circeio, Castrum Sancti Felicis, Locus Sancti Happy. The Rocca Circea starts to be mentioned in documents of the High Middle Ages. It was built by the popes or by terracinesi immediately after the destruction of Circei. After being entrusted to a period to terracinesi, La Rocca Circea was governed by the lordship of Marino of Formosa, who bequeathed to citizens ample freedom but in exchange required armed security and military alliance with the army of Gaeta. In 1138 Gaeta fell under the reign of the Normans; consequently also the lordship of Marino of Formosa abandoned the Rocca Circea that will be occupied for a short time just by the Normans. The XII century saw the arrival to the Rocca Circea of Frangipane. In 1239, in a period of fights between Pope Gregory IX and Federico II, the pontiff ordered to the Knights Templar to take possession of the Fortress Circea. The emperor had intention to attack from the south the Pontifical State. It is in this period that the Rocca changed its name to the Castrum Sancti Felicis. Today in the historical center of S. Felice Circeo is still possible to observe the places constructed and inhabited by the Templars who erected a convent and the tower that now dominates the central square. In 1259 the Castrum Sancti Felicis was given to a new lord: Jordan Pironti-Conti. He and his descendants ruled the country until the end of the century, when for violent occupation passed under the guide of the family Annibaldi of Rome. The 1301 is a very important date in the history of the Circeo: Annibaldi in fact ceded all the Castrum Sancti Felicis to Pietro Caetani. The Kingdom of the Caetani family will be very long: more than 400 years. In 1501 it was destroyed by Federico I of Aragon. This is because the territory was ruled by the Caetani, political enemies of the aragonese family. The inhabitants fled and the few that were spared moved to Sermoneta. With the death of Pope Alexander VI the village returned to be a possession of the Caetani. The new Pope Julius II called Guglielmo Caetani, that he was in exile in Mantua, and with a document commissioned the noble to rebuild and restore the castle of S. Happy.

Around the sixteenth century was marked in fact from the continuous Saracen attacks that preying on the Lazio coasts. In particular the promontory of Circeo was a favorite destination by pirates who hid between the bays of the coast to attack the ships which passed. Also most of the times they arrived on the mainland to carry out raids and abductions. The first towers to be built were Torre Paola and Torre Fico. In the first decades of the Seventeenth Century the Caetani decided to begin a serious work of rebuilding and reconstruction of San Felice. This prosperity took root in a period that instead it was difficult for the rest of the Italian Peninsula afflicted by plague and the War of the thirty years. If you follow the road that from the Cona leads to the historic center you will find, shortly after, on the left a descent entitled to Prince Poniatowsky Stanislaus. The prince, nephew of the Polish king Stanislaus Augustus, rented the feud in 1808 and ruled for 14 years. The Circeo arrived various artists from Rome, all at the service of the prince, and these include Giuseppe Valadier, founder of the "Campanone della Basilica of Saint Peter in the Vatican. In fourteen years the country flourished, changed the face and the inhabitants knew a true period of prosperity. During the Napoleonic period the promontory riaffidato is the task of the bulwark for coastal defense. The arrival of the French troops led to the construction of the two batteries of Torre Cervia and Torre Moresca (the latter still observable) and the accommodation of a telegraph in the area of the Acropolis.

Via Flacca, km 1161, Sperlonga (Latina)
30.23 Kilometers from San Felice Circeo
St. Mary's Church
the church of Sancta Mariae de Sperlonche is located in the historical center of Sperlonga, in La...

Via I Orticello, 15, Sperlonga (Latina)
29.10 Kilometers from San Felice Circeo
Caetani Castle
The Caetani Castle is located in Sermoneta, in Lazio.

Via della Fortezza, 13, Sermoneta (Latina)
36.30 Kilometers from San Felice Circeo
Villa of Tiberius
The Villa of Tiberius is situated near the village of Sperlonga, in Lazio.

San Felice Circeo is present in issue 3 of our digital magazine e-borghi travel.
Read it now!

The National Park of Circeo, a mosaic of nature and history

Feast of Maria SS. Assumed into Heaven and San Rocco

Circeo, following the Ulysses’ myth
The National Park of Circeo is one hour far from Rome and two hours from Naples. It’s a natural area spread with typical villages and ruins from the past centuries, a land where the Greek myths cross the ages of history. The park is surrounded by the villages of San Felice Circeo (in the pic under) Fogliano and the rationalist Sabaudia, it looks out on the Tyrrhenian Sea and a wide forest where you can find deers, foxes an...
Continue
Ten seaside villages in the centre of Italy worth visiting during this summer
10 villages overlooking the sea, 10 rare pearls of our italian landscape, 10 locations that can not be missed during the year of the villages. Ok, we have a lot of pearls in Italy but today we want to show you just some we believe are really worth visiting during the summer on the central coasts of our country. 1. Our tour starts from Tuscany with the hamlet of Giglio Castello, a fraction of the Giglio Island which is located in the hig...
Continue