Share
Porto Venere is the smallest fishing village in the province of La Spezia. This town is famous for its beauty: the old castle, old houses and churches, picturesque islands with many caves. 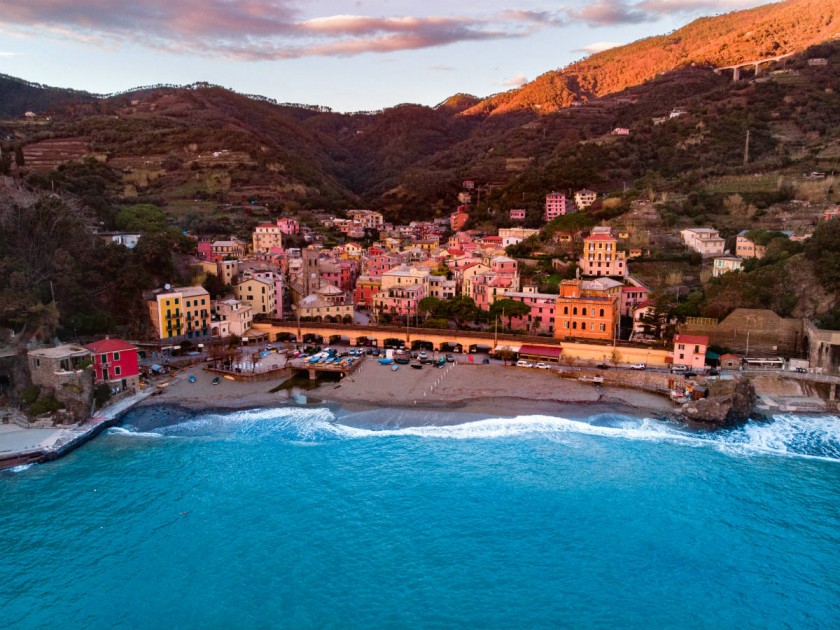 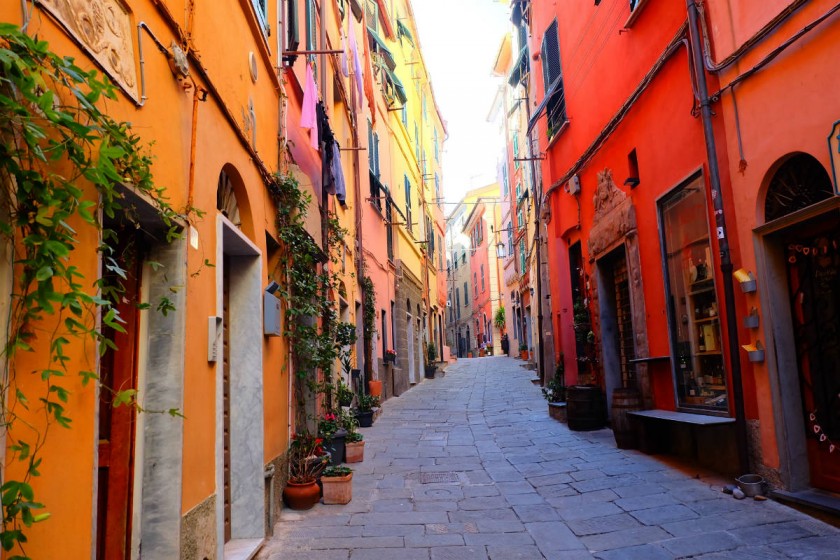 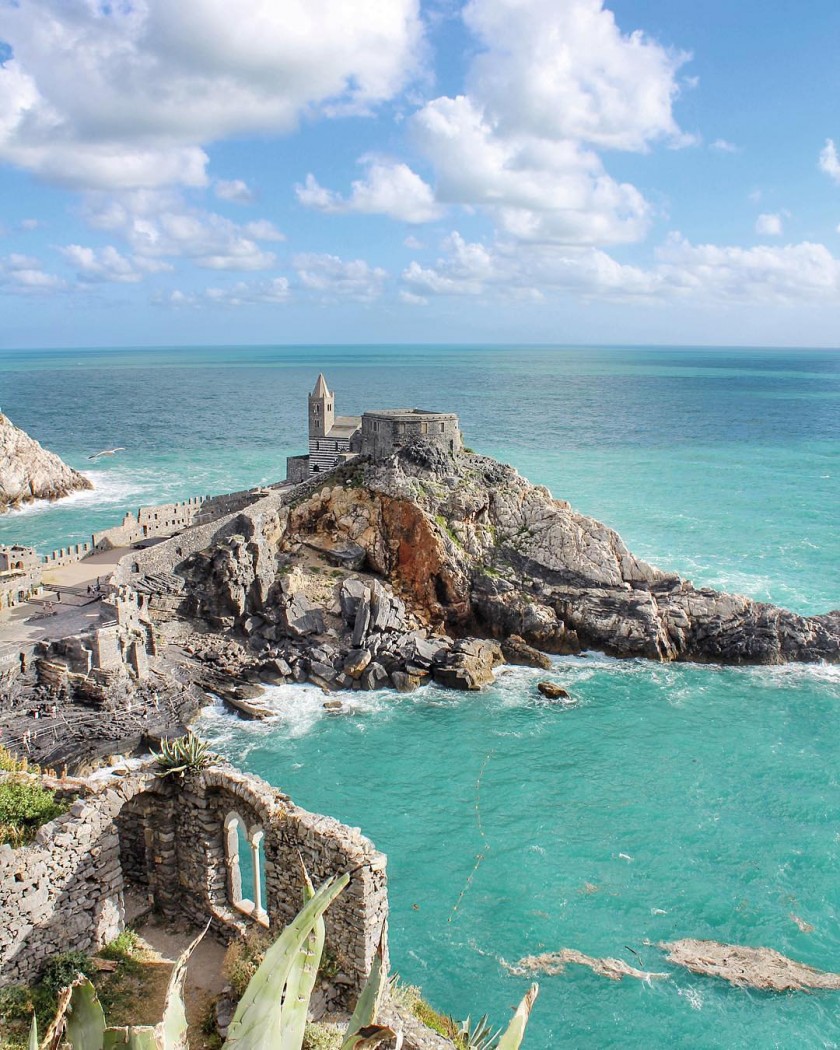 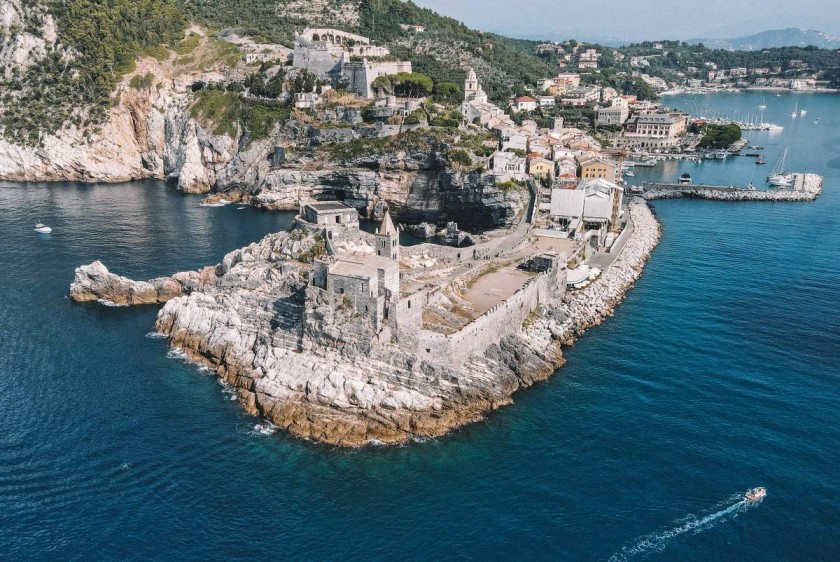 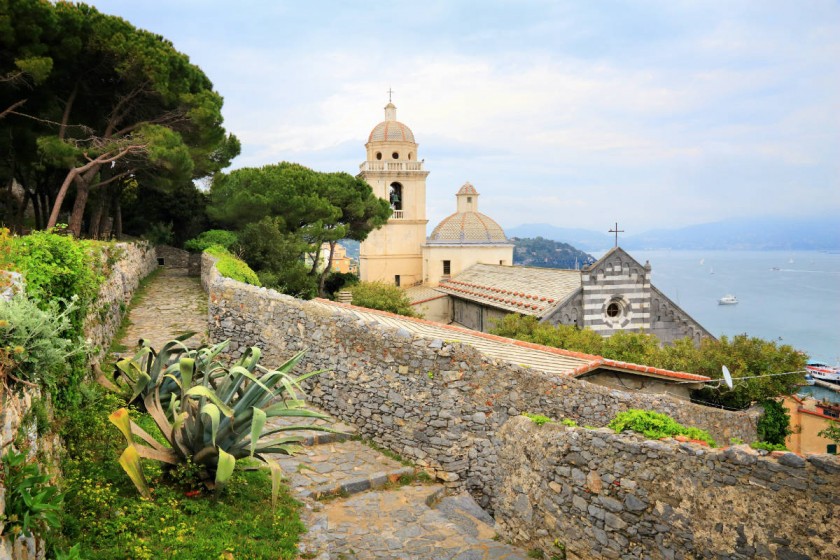 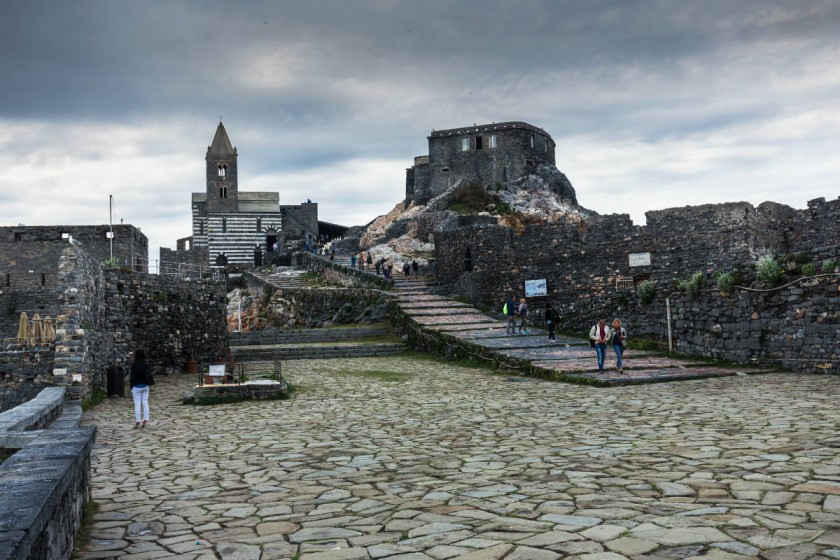 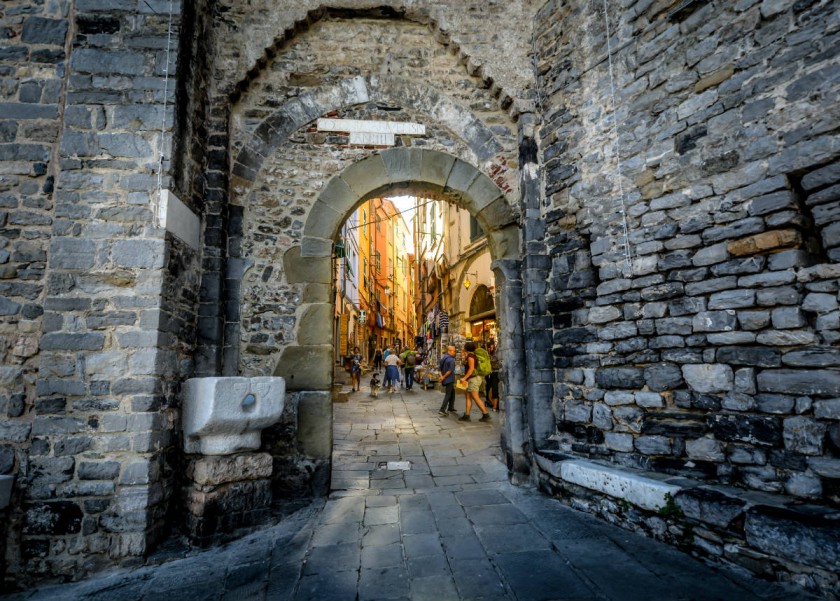 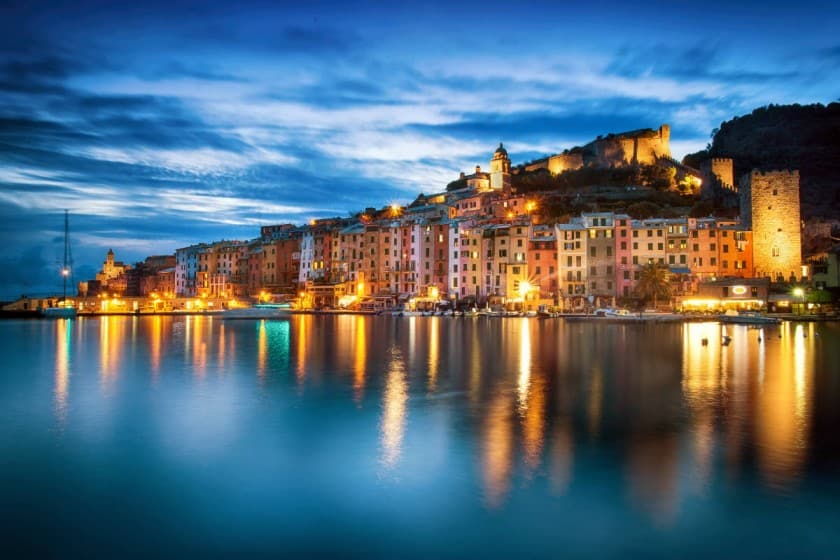 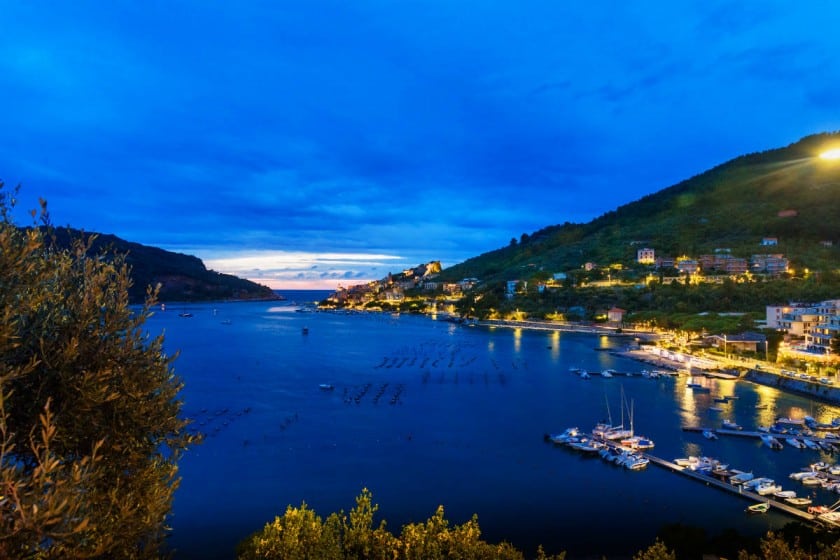 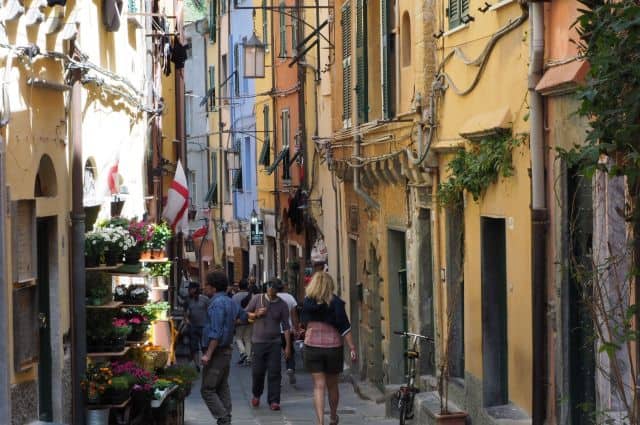 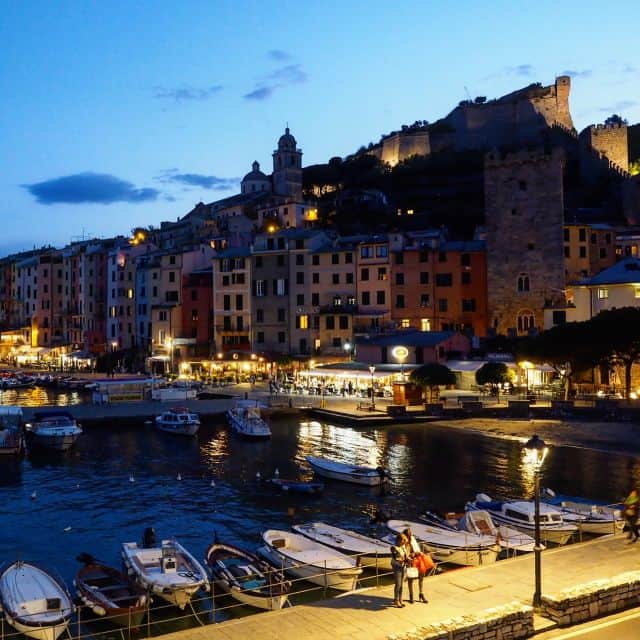 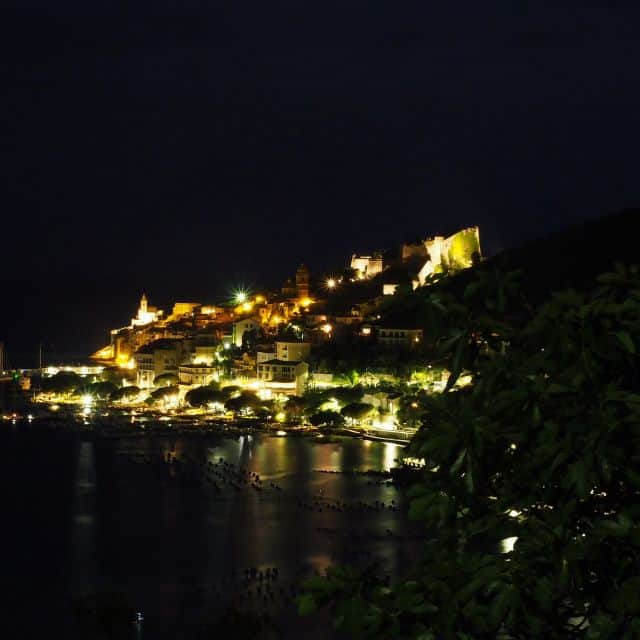 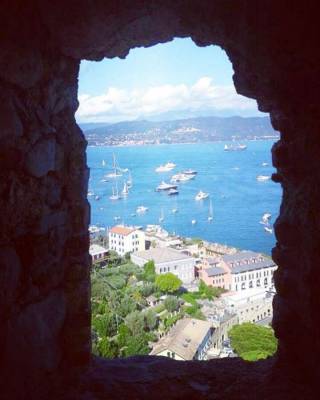 Porto Venere is the borgo marinaro smaller in the province of La Spezia, in Liguria. Situated at the southern end of a peninsula which, detaching from the jagged coastline of the ligurian riviera, goes to form the western shore of the gulf of La Spezia or also called "Poets Gulf". At the end of this peninsula are three small islands: the Palmaria, Tino and Tinetto; only Palmaria island, which lies directly opposite the village of Porto Venere beyond a narrow arm of the sea, is a small inhabited.

Even if the oldest origins of the village are traced back to the VI century B.C. with the presence of the Ligurian peoples, the first historical datings of Porto Venere date back to Claudius Ptolemy (150 d.C.) and the maritime itinerary (Itinerarium Maritimum Imperatoris Antonini Augusti) of Antoninus Pius of 161 AD where it is reported the village between the localities of Sestri Levante and Luni. The name of the village (Portus Veneris) resulted from a temple dedicated to the goddess Venus Erycina, site exactly in the place where now stands the church of San Pietro. The name was probably linked to the fact that, according to the tradition, the goddess was born from the sea foam, abundant just below that promontory. The original village (Castrum Vetus), inhabited from ancient fishermen, was the site in the current piazzale Spallanzani and today is entirely disappeared. By locality of fishermen, Porto Venere became the naval base of the byzantine fleet, but it was attacked and destroyed by king Rotari of the Lombards in 643 A.D. the few Roman finds, consisting in some masonry found under the piazzale Spallanzani, are based on the Absorbed period Christian monastic-of the monks of San Colombano, with the ancient church of San Pietro of the Diocese of Luni. Among the centuries VIII and XI was the object of repeated attacks by Saracen pirates and the Normans. Are the 1161 the walls that enclose both villages, old and new, and is finally in 1162 which was formally enshrined the passage of two churches under the jurisdiction of the bishop of Genoa, confirming the fact of the full domain genovese on the village. In the fifteenth century with the rejected assault of the Aragoneses In 1494, was less the dualism between the two villages; the old village was destroyed, leaving free the space that still today can be seen between the Borgo Nuovo and the church of San Pietro. Always to the domain of Genoa must be the successive fortifications in the territory of Porto Venere: the battery of San Francesco and the Forte di Sant'Ambrogio and near the Palmaria, fortress of Torre Scola in 1606.

With the French domination of Napoleon Bonaparte returned from 2 December in the Department of the Gulf of Venus, with La Spezia capital, inside of the Ligurian Republic. From 28 April 1798 with the new French laws, the territory of Porto Venere returned in VII Canton, as capital, the Jurisdiction of the Gulf of Venus and since 1803 the main center of the III canton of Gulf of Venus in the jurisdiction of the Gulf of Venus. Annexd to the First French Empire from 13 June 1805 to 1814 was inserted in the Department of the Apennines. It is in this historical phase that, in 1812, was created the coastal road, called "Napoleonic Road" in honor of the French general and localized today as provincial road 530, which still today connects the marine center with La Spezia passing for the countries of Fezzano, Le Grazie and Terizzo.

In 1815 it was incorporated into the Kingdom of Sardinia, according to the decisions of the Congress of Vienna in 1814, and subsequently in the Kingdom of Italy from 1861. From 1859 to 1927 the territory was included in the mandamento di Spezia of the arrondissement of Levante forming part of the province of Genoa before and with the institution in 1923, in the province of La Spezia then. Appreciated resorts at the end of the nineteenth century and the beginning of the Twentieth Century - among its visitors the most famous there was Lord George Gordon Byron - is still today a tourist destination of Punta del panorama from La Spezia and Liguria.

The Municipality is part of:
City and world heritage sites Unesco

Località Fiascherino, 5 - 19032, Lerici (La Spezia)
7.43 Kilometers from Porto Venere
Church of San Giovanni Battista
This church – located in the upper part of Riomaggiore – protects the bourg and its inhabitants

Via Pecunia, 47 - 19017, Riomaggiore (La Spezia)
9.53 Kilometers from Porto Venere
Via dell'Amore
Via dell'Amore is one of the most important tourist attractions of the Cinque Terre that connects...

Via dell' Amore - 19017 , Riomaggiore (La Spezia)
9.73 Kilometers from Porto Venere
Chiesa di San Lorenzo
The Church of San Lorenzo is dedicated to the Nativity of the Virgin Mary

Via Rocca, 17 - 19017, Riomaggiore (La Spezia)
10.53 Kilometers from Porto Venere
Church of San Giovanni Battista
This church – located in the upper part of Riomaggiore – protects the bourg and its inhabitants

Via Pecunia, 47 - 19017, Riomaggiore (La Spezia)
9.53 Kilometers from Porto Venere
Via dell'Amore
Via dell'Amore is one of the most important tourist attractions of the Cinque Terre that connects...

Travel proposals in Porto Venere and in its territory