Share
Dolcedo is a medieval village consisting of eight villages, each with its own ancient history: in the middle of the stream and five bridges to join the different hamlets, including the beautiful Ponte Grande. Here the olive oil tradition is a knowledge that is handed down from father to son. From ancient times to today, oil has been the guiding thread of the economy of the village, so much so that in the fourteenth century it has earned the nickname "golden basin". 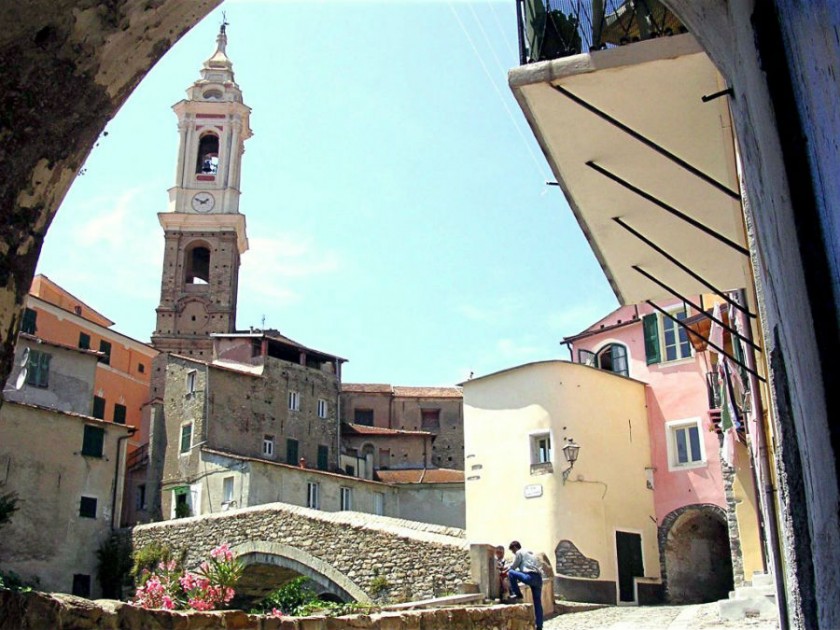 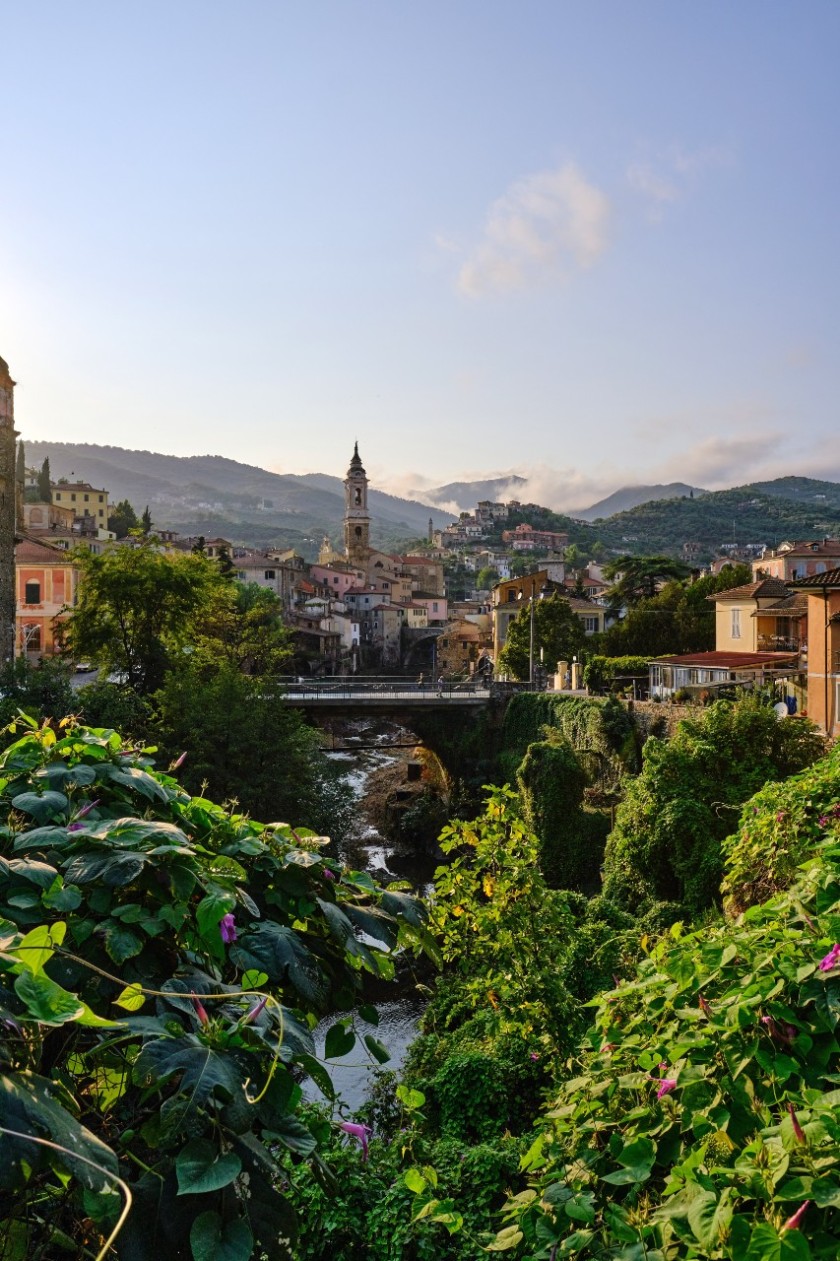 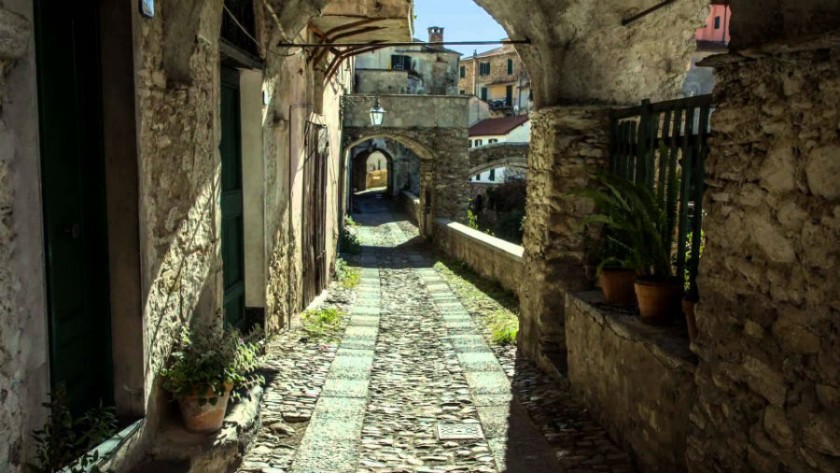 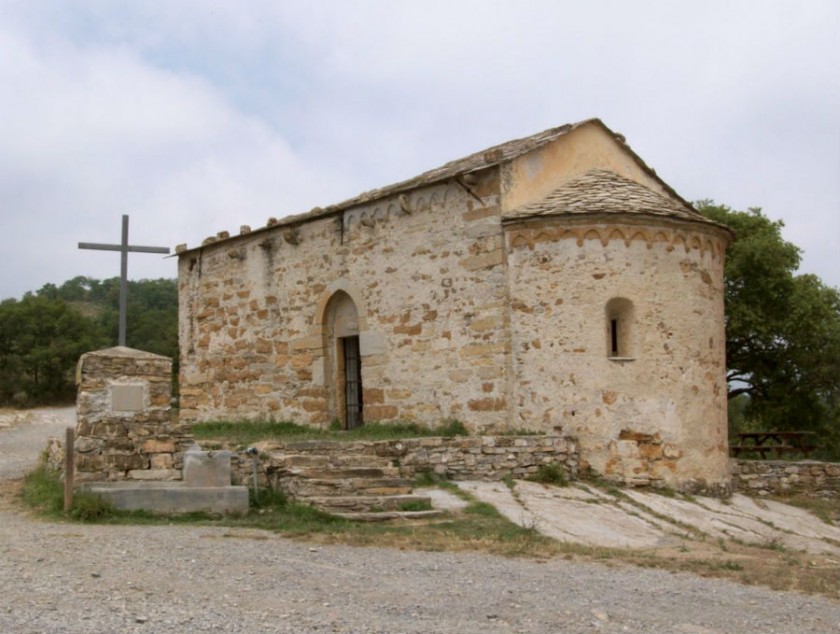 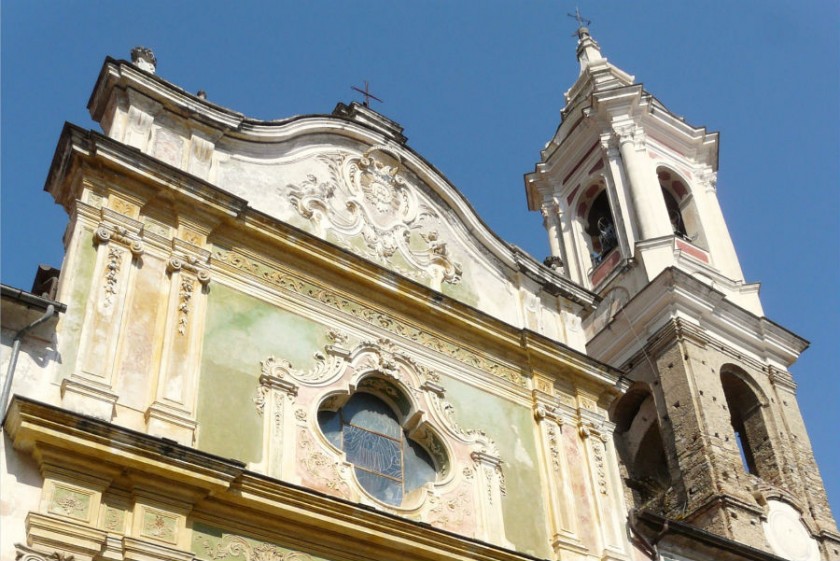 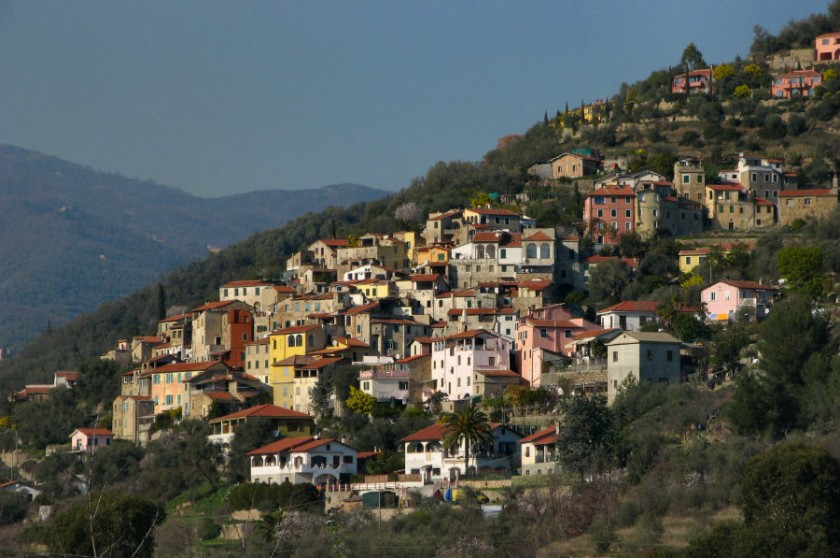 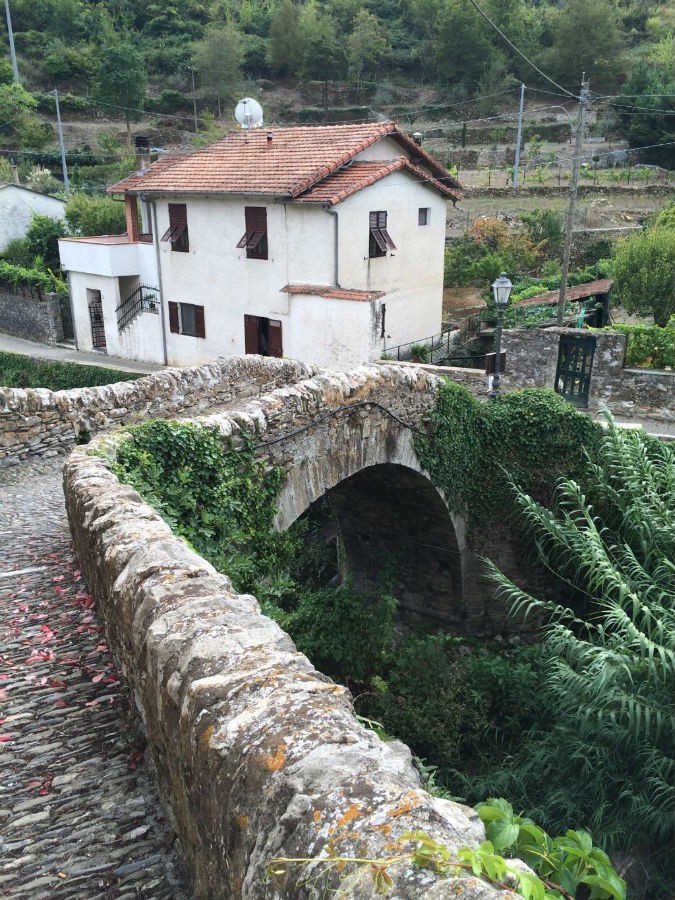 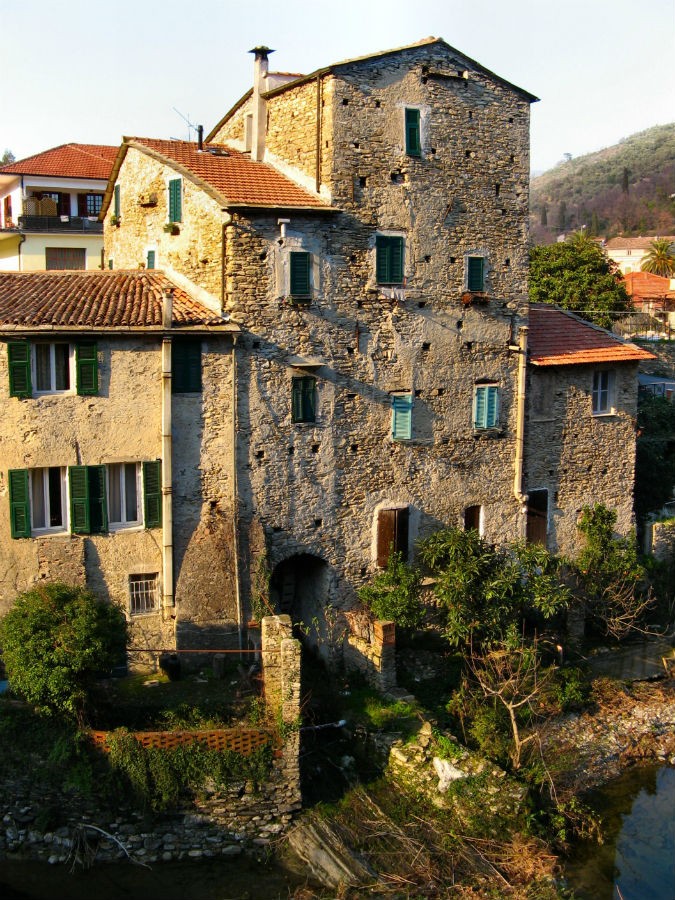 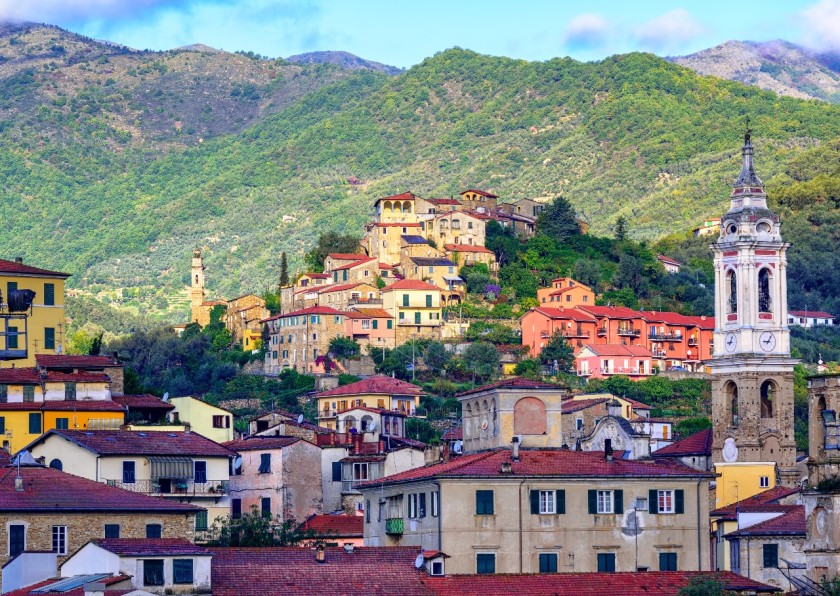 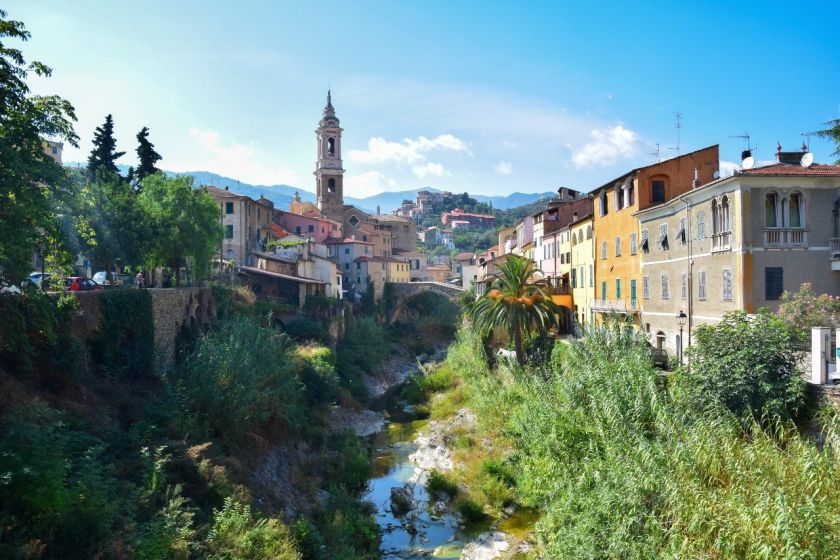 The village of Dolcedo (Dôçeo in Ligurian dialect, U Dusseu in local variant) is located in the Prino Valley, in Liguria.
The origins of the village are to be tracked along with the communities that have historically always been part of the territory of San Maurizio, one of the hamlets that, together with Oneglia, have given life to the town of Imperia. These settlements, arisen in the middle ages, and are located in a strip of territory higher compared with the current central nucleus inhabited.

As a result of the strategic location, halfway of the Roman road which from Colle San Maurizio passed from the hill of Poggiobonfiglio, she trod the val Prino and continued to Santa Brigida, in the locality of Castellazzo rose a castle, that in 1028 was in the possession of the marquis Oldorico Manfredi. In 1161 it became part of the Communitas of Porto Maurizio with the name of the Terziere di San Tommaso, by associating with the Terziere of San Giorgio of Torrazza and with that of San Maurizio. As a result of a convention concluded between Bonifacio di Clavesana and consuls Genoese in 1192, Dolcedo became places of refuge for important families of that time. In 1238 when Porto Maurizio rebelled in Genoa, Dolcedo is proclaimed an autonomous municipality, but the revolt was repressed by the Genoese. The castle was destroyed in 1342. In 1613 the village became progressively the economic center of Val Prino. During the Napoleonic occupation Dolcedo obtained in 1810 the title of city.

The cultivation of the olive spread through the work of the Benedictine monks of Lerino, favoring the movement of the inhabited areas more downstream. The construction of mills to impose settlements along the waters of the streams where they could be implanted water mills. Still oogi together represents to wine production the main economic activity of Dolcedo.

Certainly deserve a visit the parish church of St Thomas the apostle and the Chapel of Santa Brigida.

Piazza S. Giovanni, Cervo (Imperia)
14.60 Kilometers from Dolcedo
Clavesana Castle
The Clavesana Castle is located on the highest point of the village of Cervo, in Liguria.

Via Vincenzo Maglione, 19, Laigueglia (Savona)
19.71 Kilometers from Dolcedo
Doria Castle
The Doria Castle is an ancient fortification of Dolceacqua, in Liguria.

Via Doria, 16, Dolceacqua (Imperia)
25.52 Kilometers from Dolcedo
Clavesana Castle
The Clavesana Castle is located on the highest point of the village of Cervo, in Liguria.

Via G. Verdi, 10, Seborga (Imperia)
21.18 Kilometers from Dolcedo
The Church of Santa Maria degli Angeli
The Church fortress of the Madonna degli Angeli dates back to the year 1000. Transformed into a p...

Via degli Angeli, Apricale (Imperia)
22.51 Kilometers from Dolcedo
= distances as the crow flies

Find where to sleep in Dolcedo

Via IV Novembre 5, Apricale (Imperia)
22.37 Kilometers from Dolcedo
= distances as the crow flies
Da Lalla
Via Mameli, 4 - 18020, Dolcedo
Ristorante Locanda Bellavista
At the highest point of the village, from its terrace you can dominate the sea.

Via S. Nicola 9, Cervo (Imperia)
14.49 Kilometers from Dolcedo
= distances as the crow flies

Feast of the Sacred Heart of Jesus