Share
Dolceacqua is a typical medieval village in the Nervia valley, full of artists' shops, crafts, fragrant cellars and shops of typical products. Very characteristic, but damaged during the Second World War, the 'carugi' that deserve a careful visit. Dolceacqua is the village painted by Monet, who painted the bridge and the castle of the village. 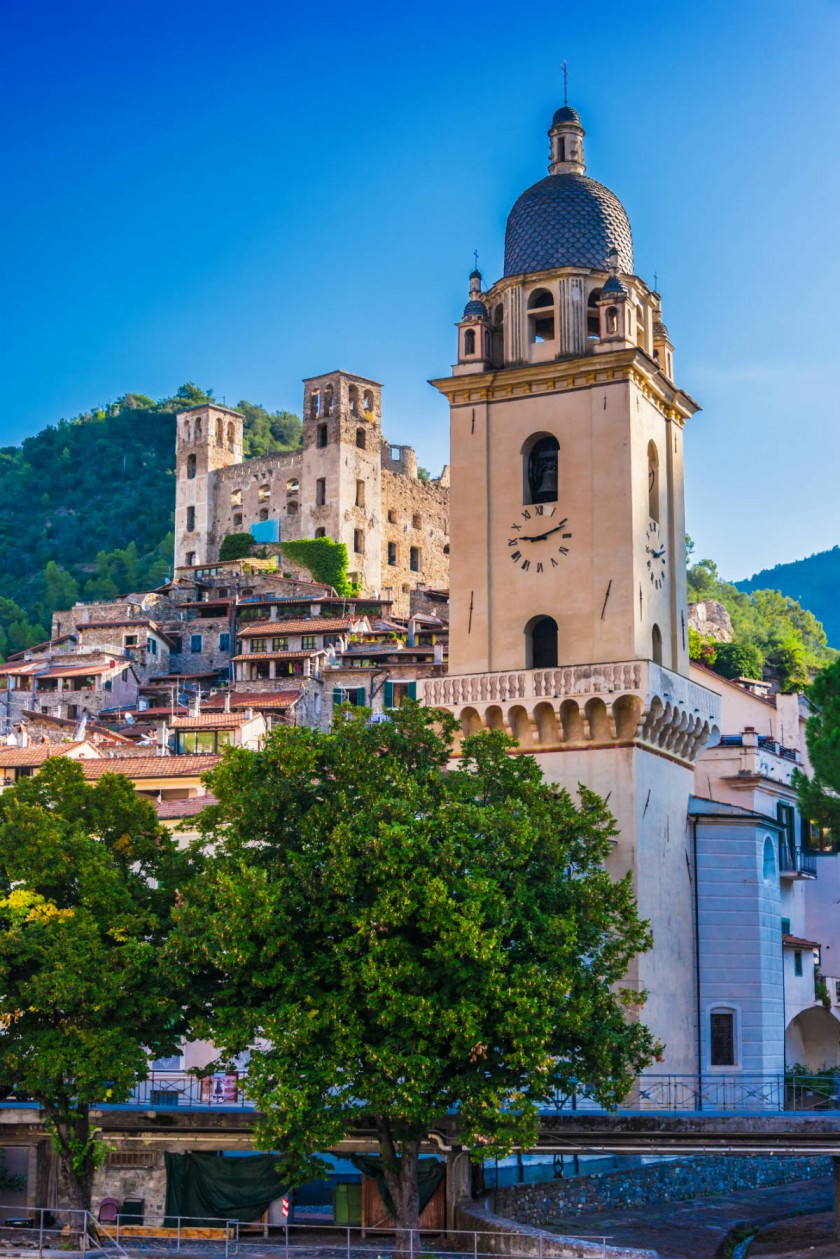 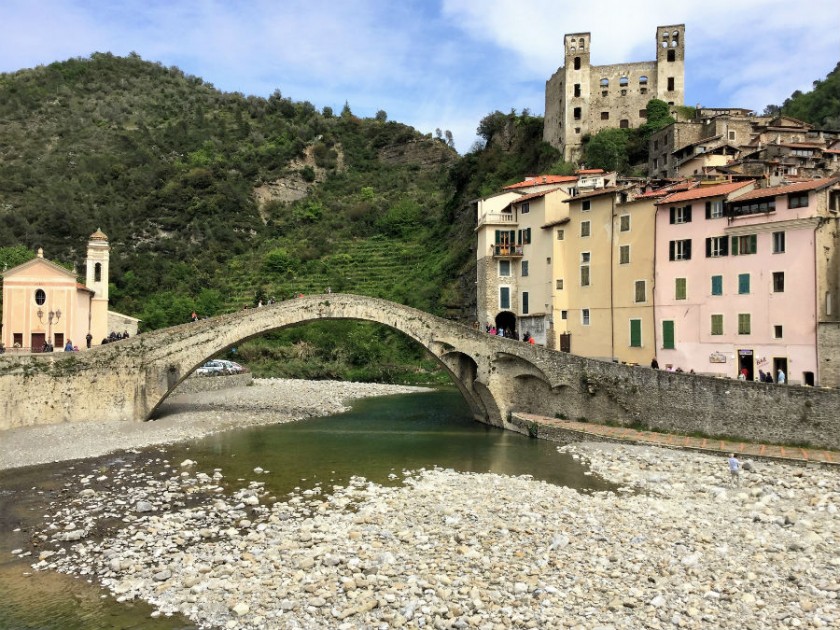 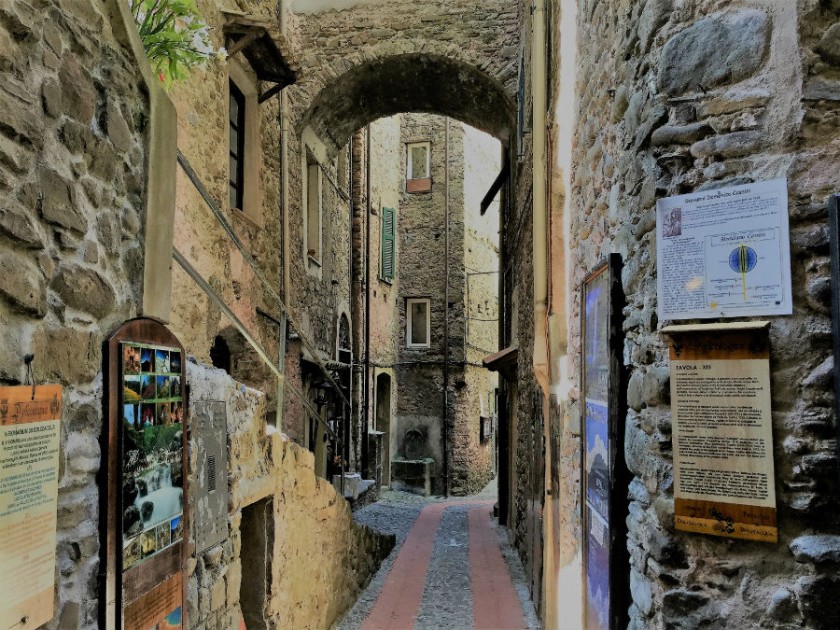 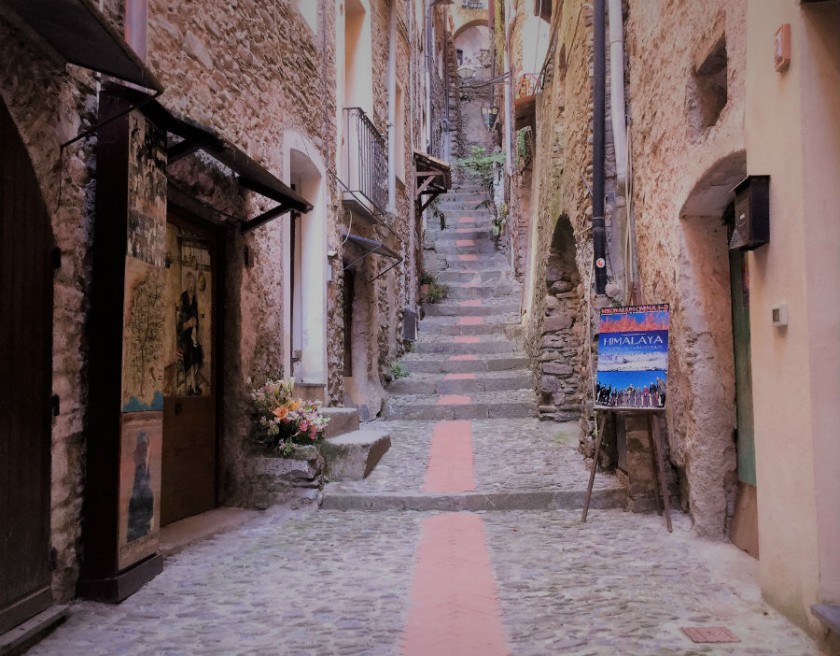 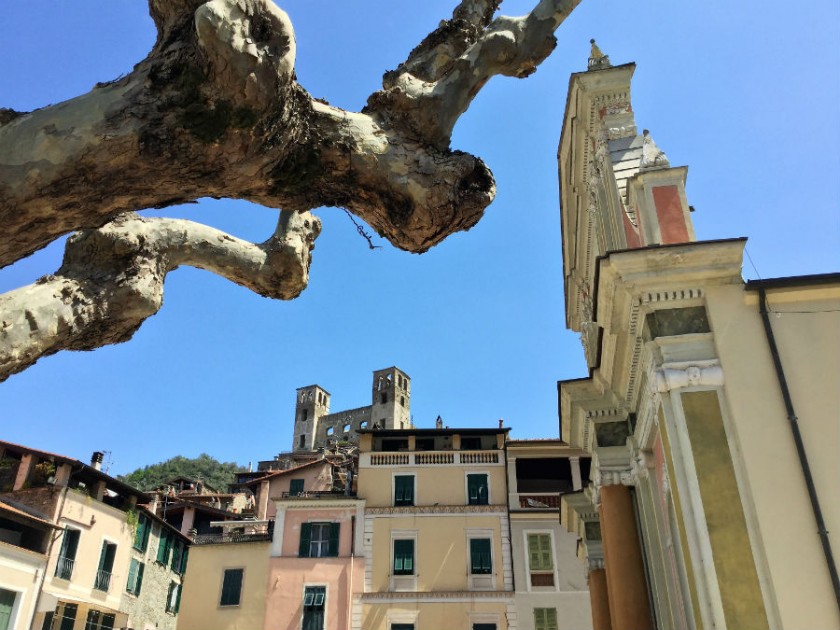 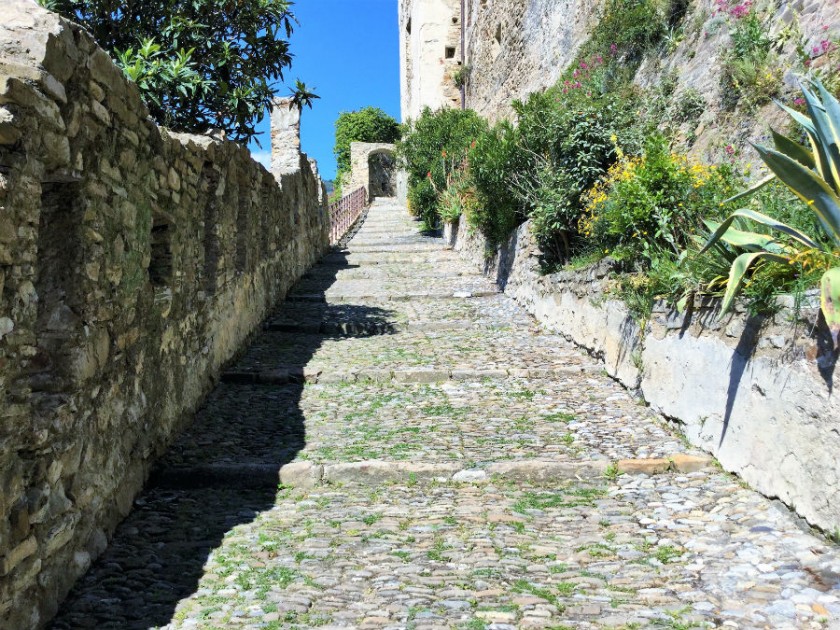 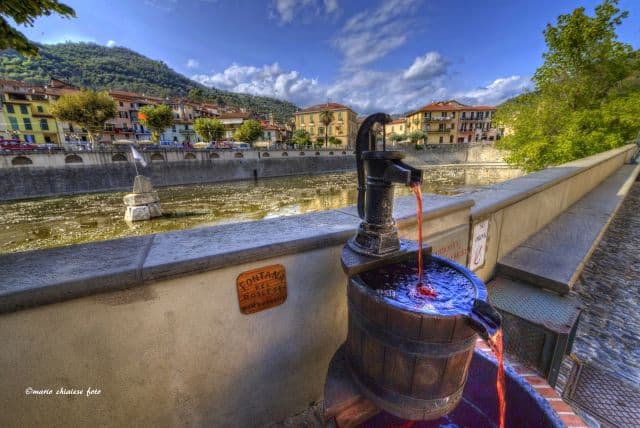 The village of Dolceacqua in Liguria despite it...
Mario Chiaiese - e-borghi Community 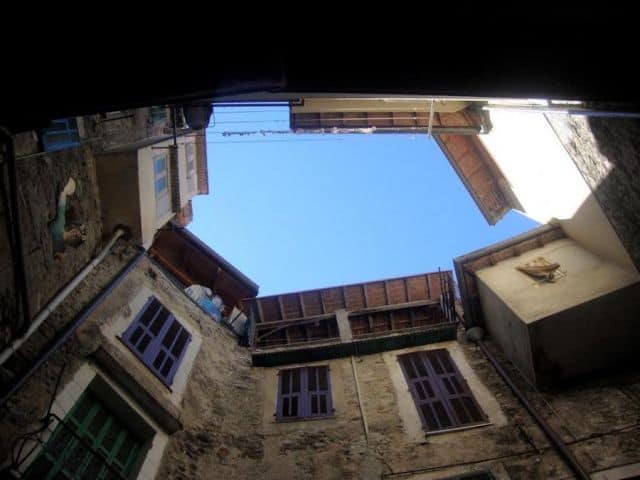 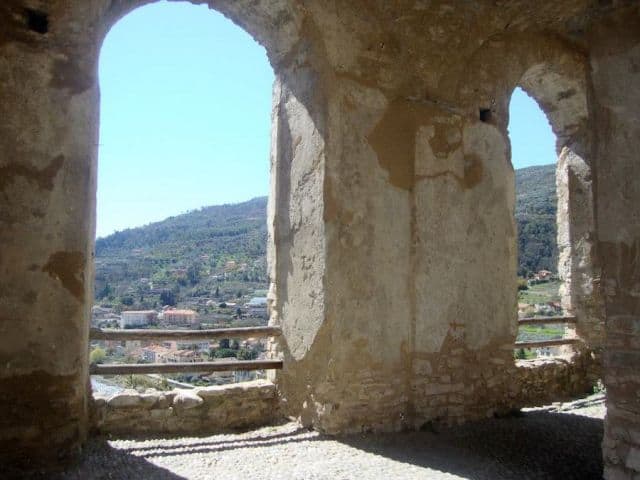 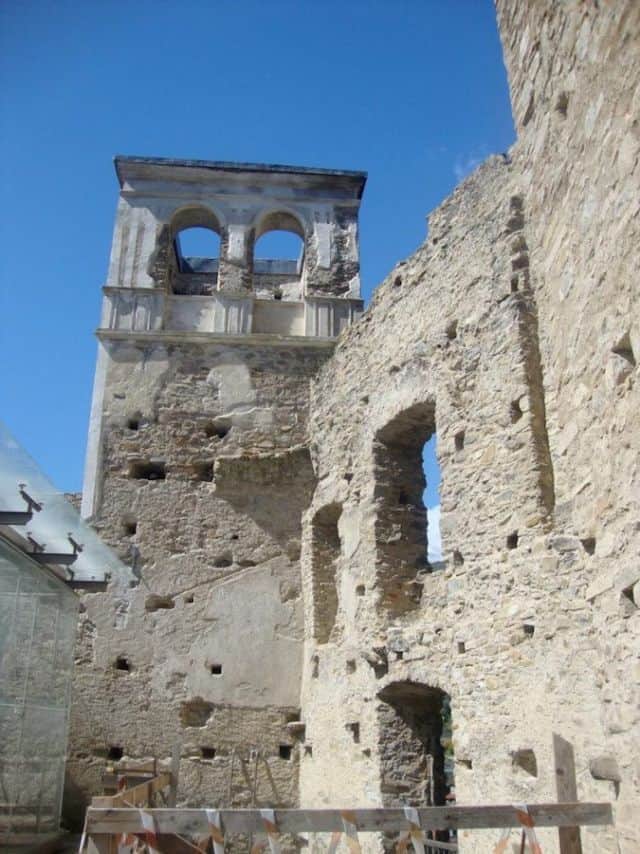 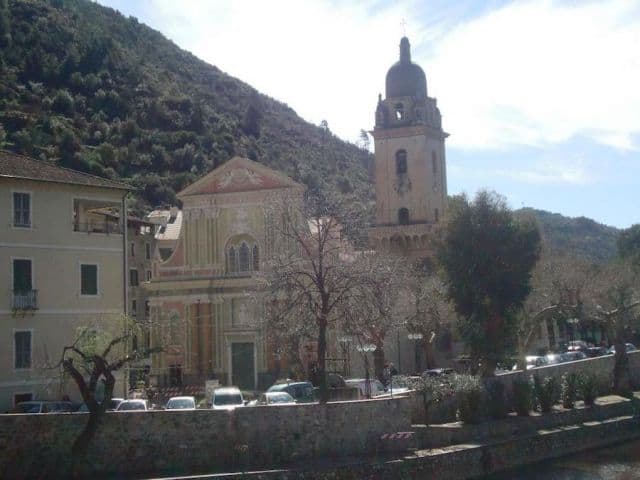 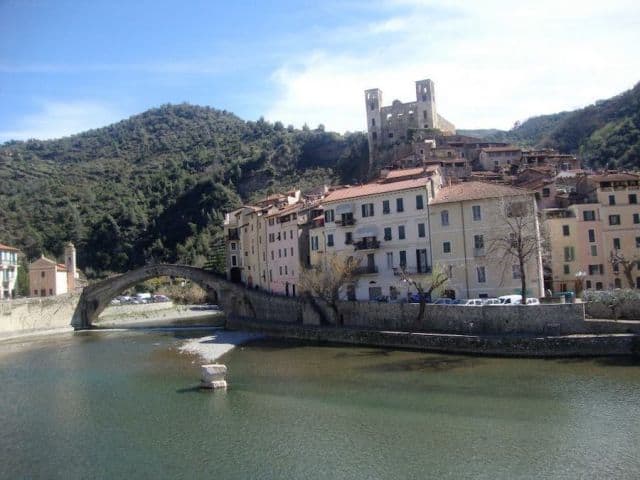 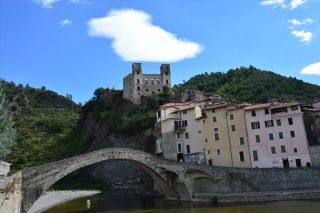 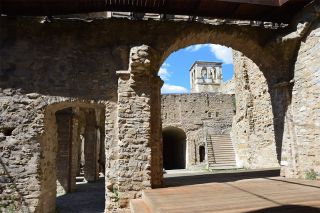 Dolceacqua is a typical medieval village of Val Nervia, along the homonymous torrent. The oldest part of the village, located at the foot of Monte Rebuffao, is dominated by the Doria Castle and is called by the inhabitants Earth (Tera in local dialect).
The more modern, called Borgo, stretches on the opposite shore, at the sides of the road that climbs up the valley. II toponym Dolceacqua derives from the presence of a Roman town in called Dulcius, which became later in Dulciàca, Dusàiga and Dulcisaqua.

Other historical testimonies are represented by the archaeological finds of the castellari of the Iron Age, rozze fortifications in dry stone found on the tops of the aurin and Tramontina - in the area to the west of the surrounding territory to Dolceacqua - or even the presence of a tower in the area of the Alpicella east which would confirm the presidium in these areas of the Liguri Intemeli from IV century B.C. to the IV century in the Roman Age, a protection of the villages, pastures and fields. Were the counts of Ventimiglia in the XII century to build the first nucleus of the local castle - at this period is attested to the first official mention of the village in a document of 1151 - a garrison built at the top of the cliff that from the orographic left of the torrent Nervia it strategically controls still the bifurcation of the valley itself and the streets that there converge. Between 1270 and 1276 dates from the purchase of the village of Dolceacqua from part of the Doria family, village under the rocca who knew in the decades successive enlargements to concentric circles until the configuration currently visible. After a phase of fierce rivalry with the Grimaldi of Monaco in the sixteenth century, the feud doriesco dolceacquino underwent a period of good governance, of peace and prosperity.

The Municipality is part of:
Città dell'olio
Paesi Bandiera Arancione

Località Scoglio, 4, 18032, Perinaldo (Imperia)
3.58 Kilometers from Dolceacqua
The Church of Santa Maria degli Angeli
The Church fortress of the Madonna degli Angeli dates back to the year 1000. Transformed into a p...

Via degli Angeli, Apricale (Imperia)
4.13 Kilometers from Dolceacqua
Church of the purification of the Virgin Mary
on the top of the bell tower was fixed a bicycle facing upwards.

Via Fiume, 1, Apricale (Imperia)
4.25 Kilometers from Dolceacqua
Castle of the Lizard
The Feudal castle was erected in the X century approximately by the counts of Ventimiglia and bel...

Via G. Verdi, 10, Seborga (Imperia)
6.28 Kilometers from Dolceacqua
Church of San Bernardo
Inside the church you can admire the cycle of frescoes by Giovanni Canavesio on Passion and the F...

Piazza S. Giovanni, Cervo (Imperia)
40.21 Kilometers from Dolceacqua
'The land and the Memory' Museum
The museum is hosted in the local "sottopiazza" of the medieval village of Pigna, accompanies the...

Via Borgo, 2, Pigna (Imperia)
9.64 Kilometers from Dolceacqua
Ancient Musical Instruments Museum
The Museum of ancient musical instruments is located in the village of Seborga, in Liguria.

Via Antonio Maccario, 9, Seborga (Imperia)
6.32 Kilometers from Dolceacqua
= distances as the crow flies

Find where to sleep in Dolceacqua

SP per Gouta km 3,5 - Regione Pagan snc, Pigna (Imperia)
9.56 Kilometers from Dolceacqua
= distances as the crow flies
L'Osteria di Caterina
Osteria di Caterina is a traditional Ligurian trattoria, located near the castle of Doria, in the...

Via S. Nicola 9, Cervo (Imperia)
40.10 Kilometers from Dolceacqua
= distances as the crow flies

Our news about Dolceacqua

On rivers, lakes and springs: the most beautiful villages on the water in Italy
Often when people talk about villages on the water, they immediately think of those towns overlooking the sea. And yet the hinterland conceals real gems, some of which are little known and off the beaten track, created on the banks of streams, rivers, lakes or springs. The flow of water, with its musicality and scenic impact, makes these villages charming bucolic places where peace and authenticity reign. From Rasiglia to Peschiera del Garda...
Continue
4 seaside villages to visit in winter
Silence and atmosphere, steps echoing in the alleys, in the little squares, in the open spaces that open onto chests of history. On the seafront, meanwhile, the song of the surf becomes the soundtrack of a stay in the seaside villages when winter is the protagonist. We offer 4, to savor the rare taste of emotion. Dolceacqua (Liguria) The ruby red of the Rossese di Dolceacqua was the first DOC wine of Liguria while from the surrounding...
Continue
Recipe: La Michetta of the village of Dolceacqua, between love and legend
It is said that the Michette di Dolceacqua were invented by the women of the village after Lucrezia, a girl who had decided to marry Basso, the man she loved, refused to submit to the will of the local Marquis who imposed the Ius primae noctis. The girl, it is said, let herself die of hunger and thirst in the dungeons of the castle. The "promised spouse", at this point, gave the assault to the palace along with some rebels, forcing the marquis to abolish the infamous law.
Continue
Award ceremony: Monte Carlo Master of Olive Oil Contest 2021
On June 5, the Principality of Monaco hosted the most important companies producing oils at the gardens Princesse Antoinette, with an event-prizes of great international scope.The Monte Carlo Master of Olive Oil Contest 2021 has seen the participation of 170 oils from 3 continents who have competed for the various awards divided into categories and assigned by the jury of experts. An event to promote the excellence of the olive oil sectorThe competition, now in its fifth edition, has b...
Continue
Today we celebrate World Water Day
Today, March 22, we celebrate World Water Day, established in 1993 by the General Assembly of the United Nations. This year the theme is Water for all - Leaving no one behind ("Water for all, let's not leave anyone behind"), which is inspired by the sixth of the 17 goals for the sustainable development of the 2030 Agenda, or "to guarantee everyone the availability and sustainable management of water and sanitation by 2030». «Water is a precious commodity and it...
Continue