Share
Sant'Agata, with a medieval structure, today retains the double walls: the oldest, it contains the Castle of the Lombard period later restored by the Normans and reinforced by the Swabians and Angevins; the second wall enclosed the citadel with the Arco della Porta Nuova. The wealth of the city is testified by the various noble palaces, by the numerous churches built and by the presence of three conventual artifacts: the convent of the Virgins, the convent of the Reformed Franciscans and the convent of the Annunciation. 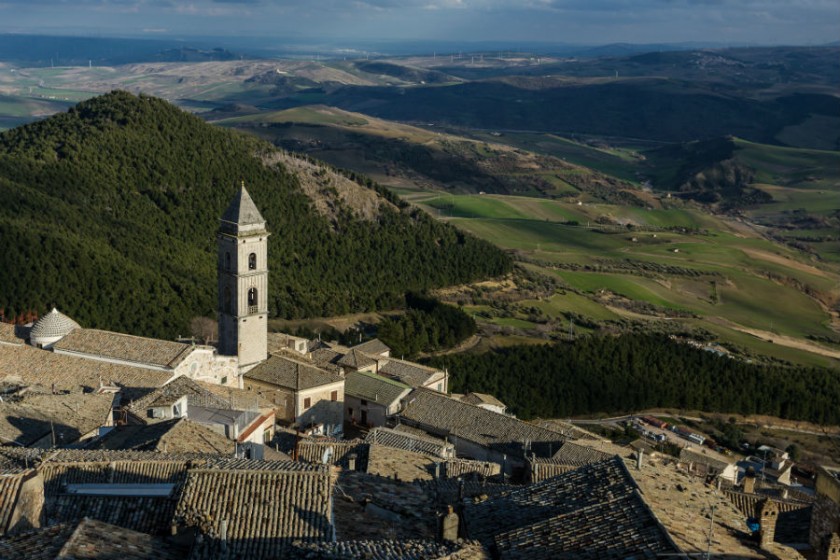 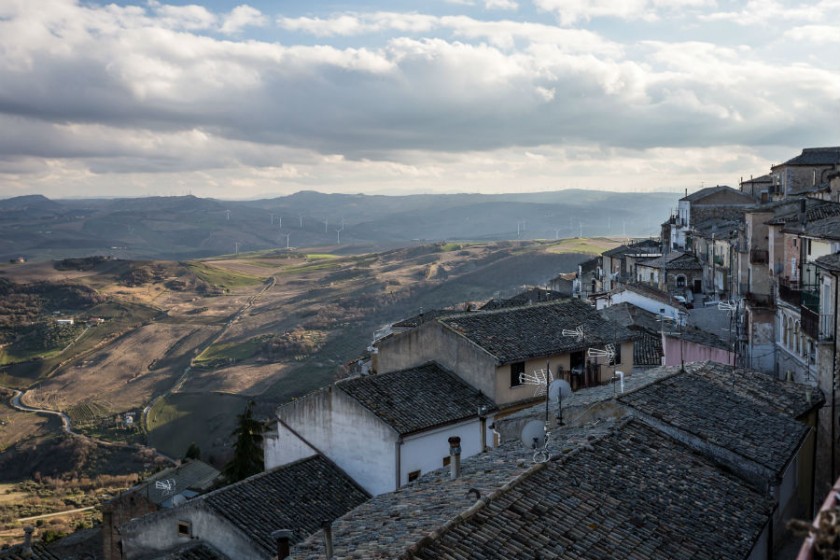 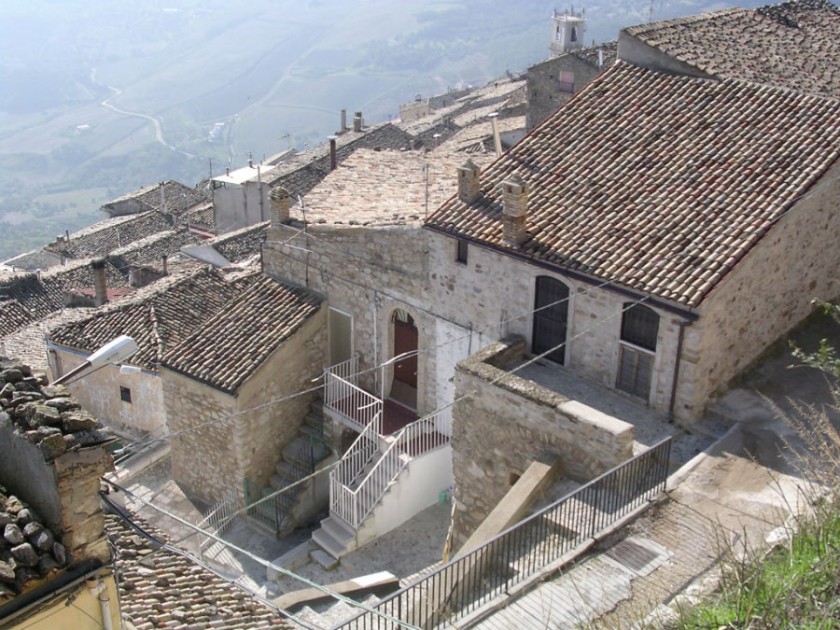 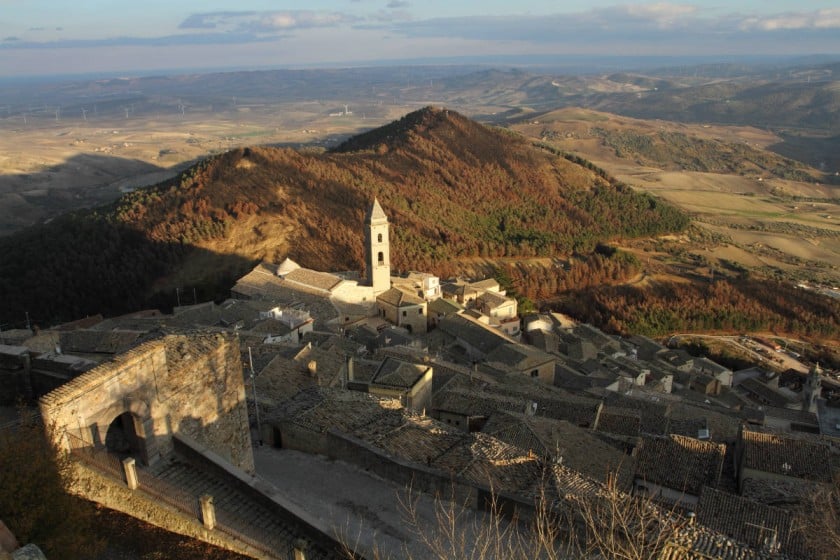 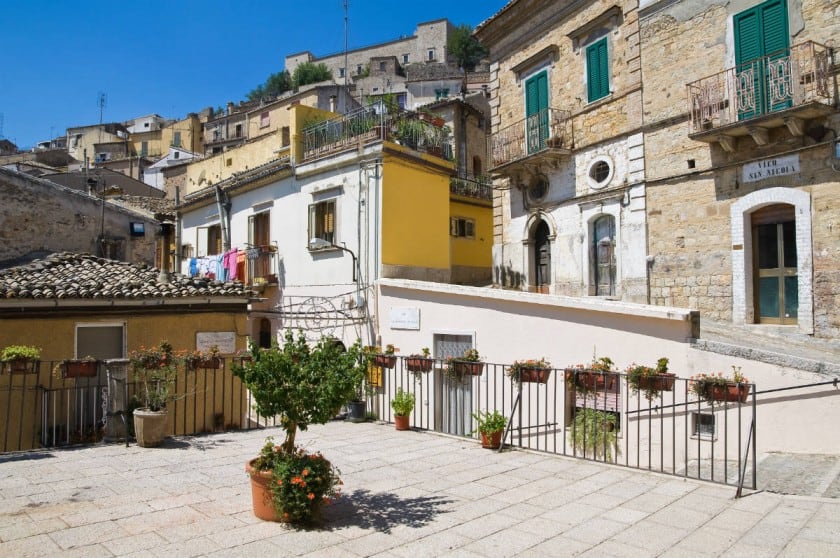 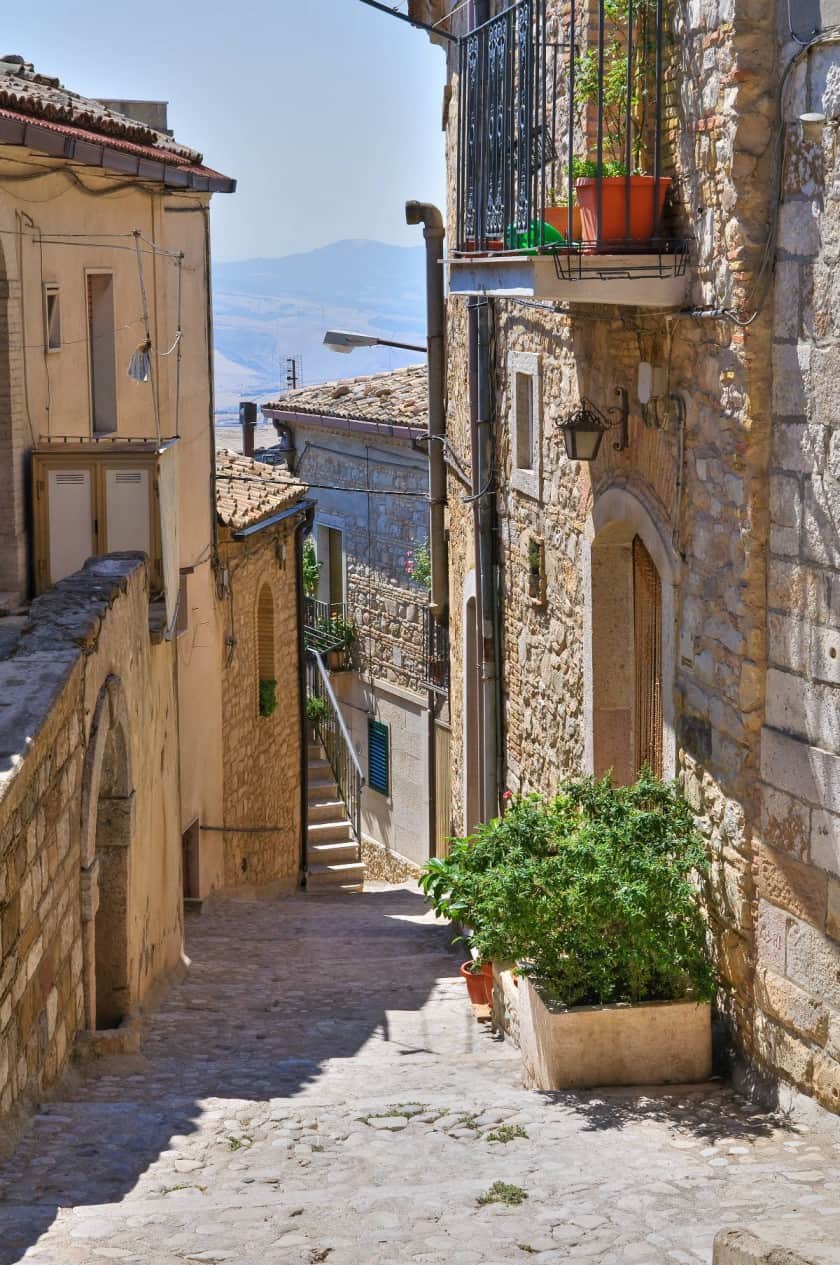 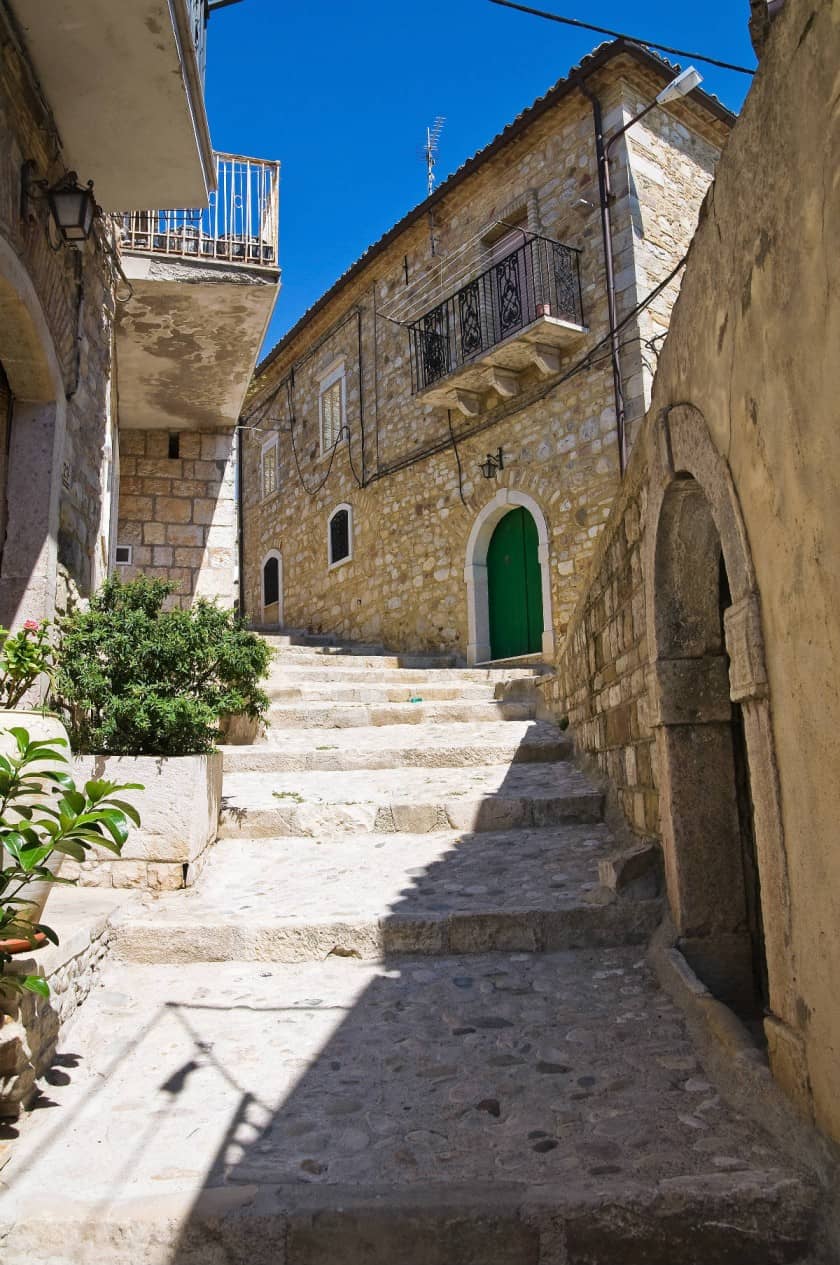 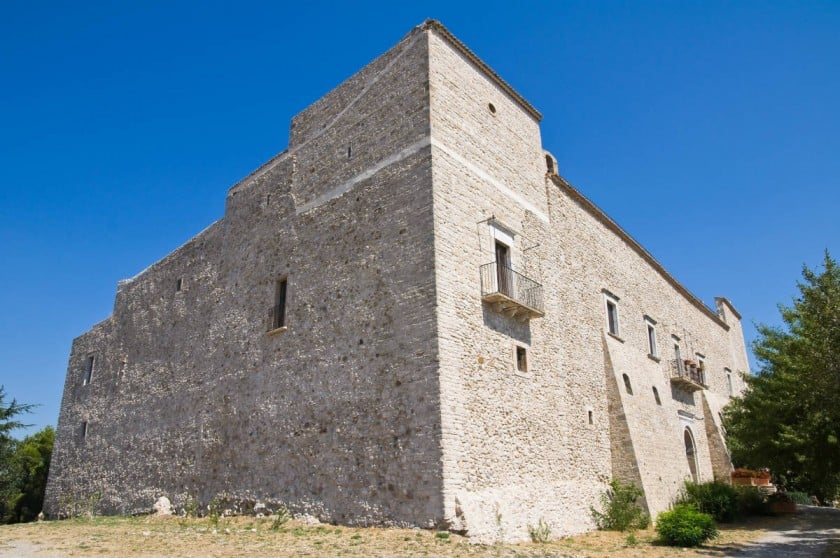 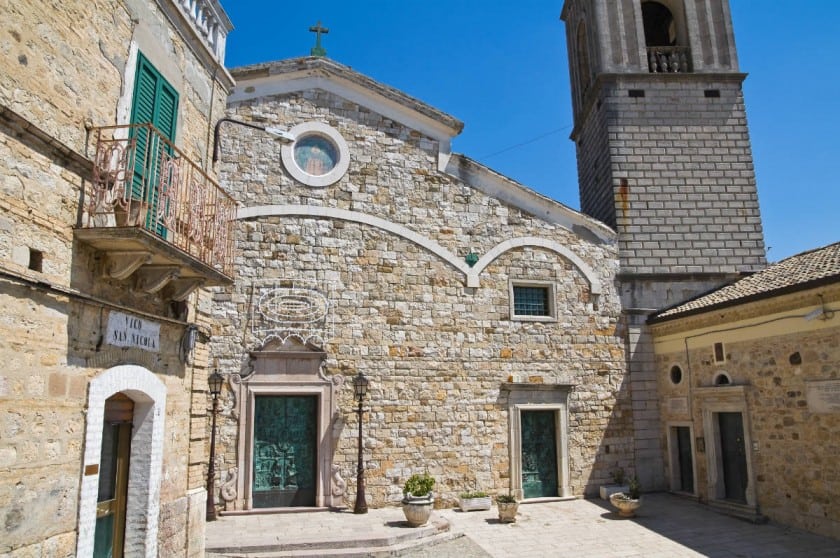 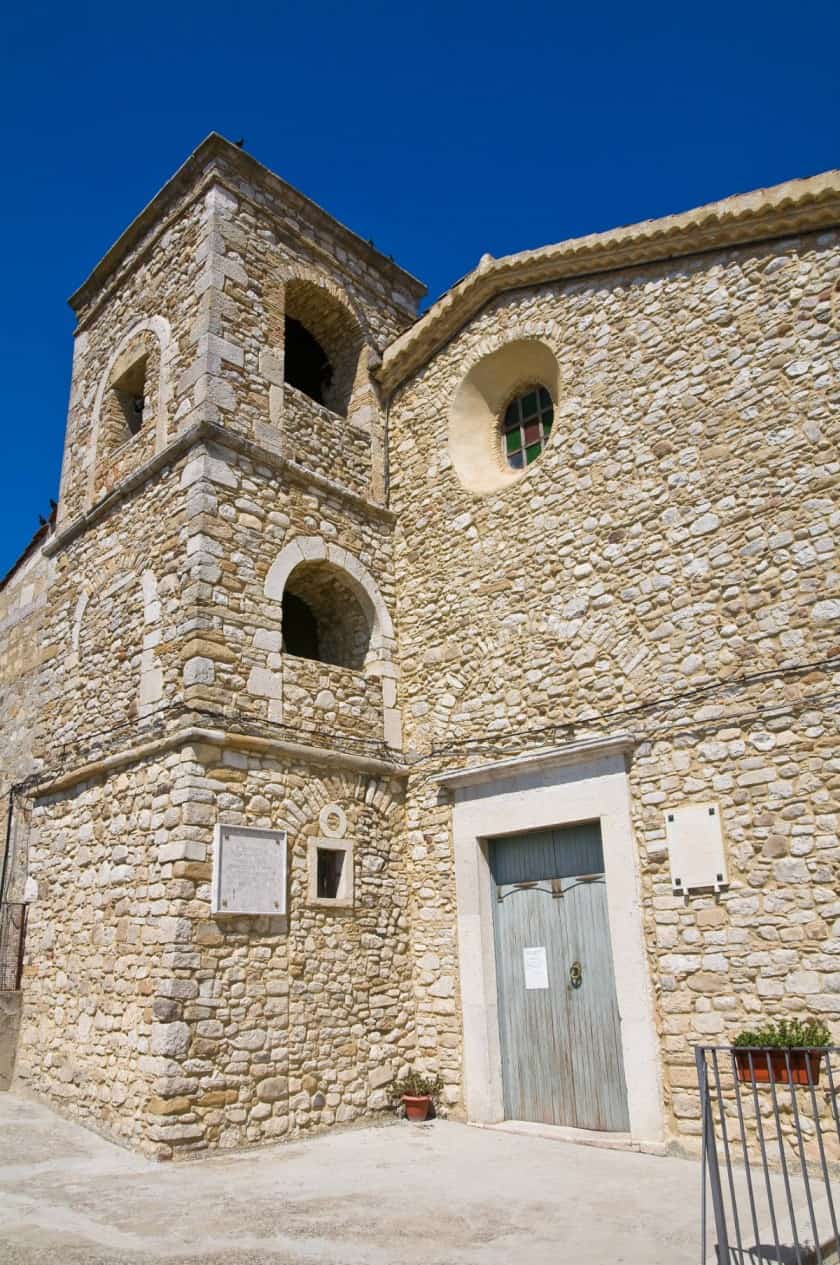 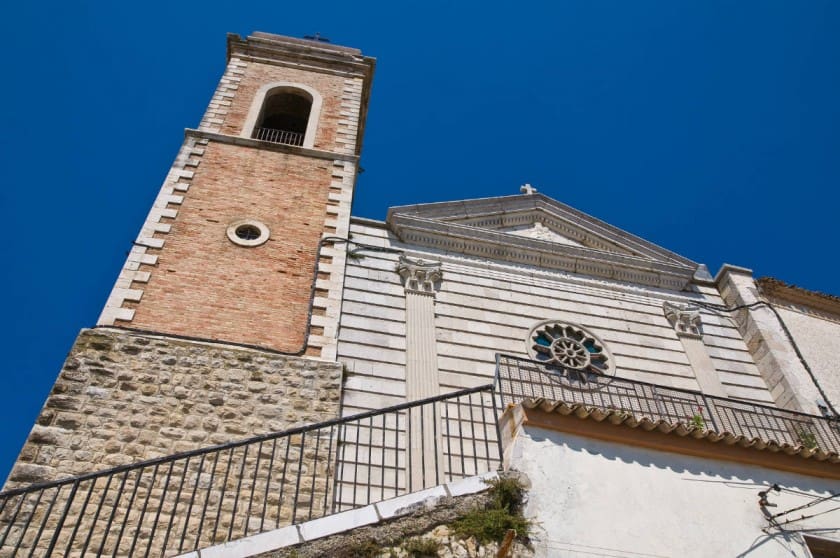 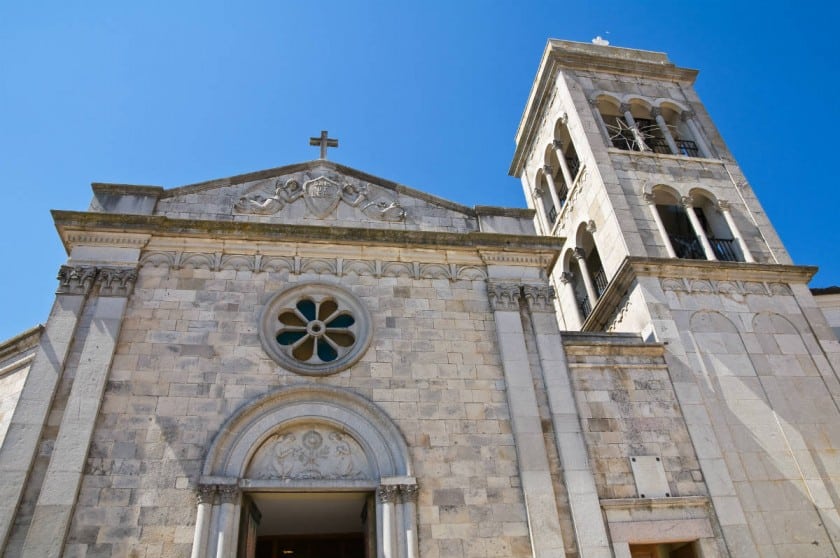 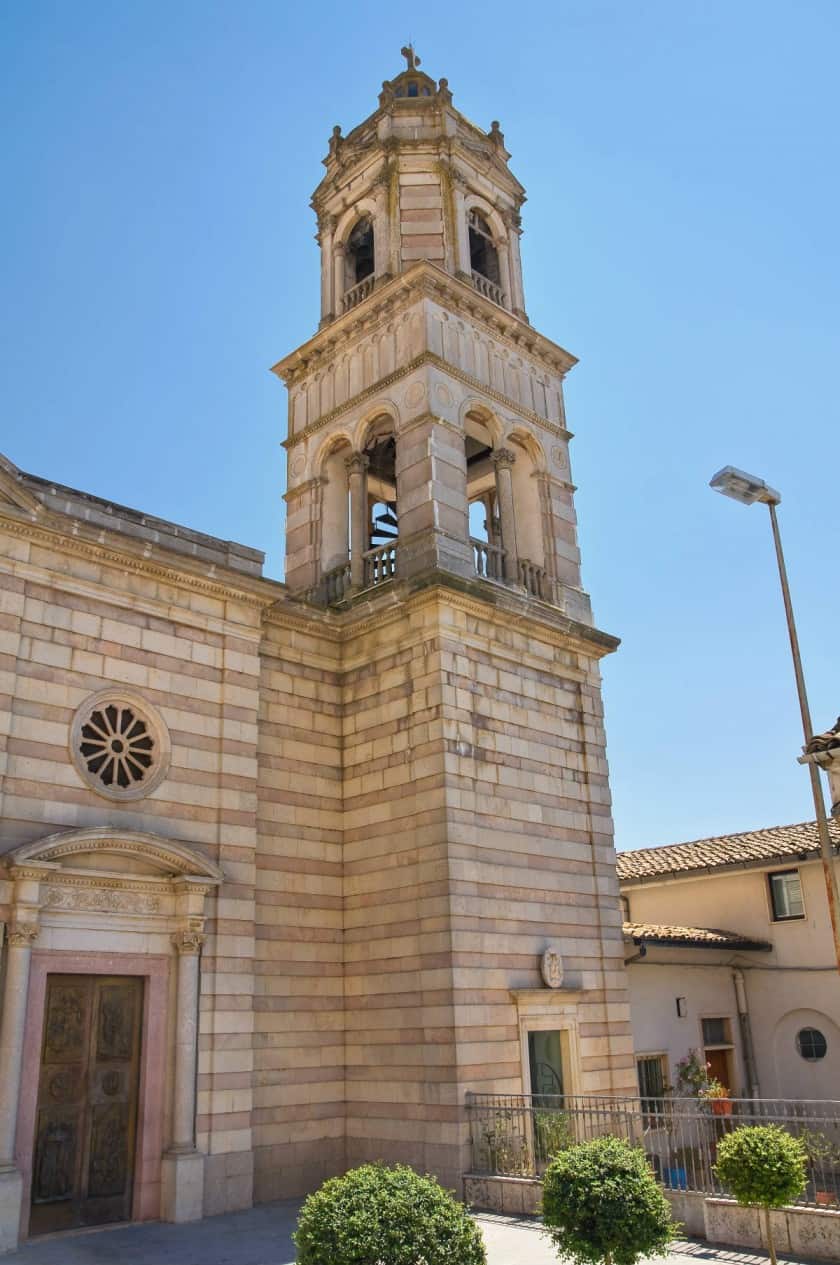 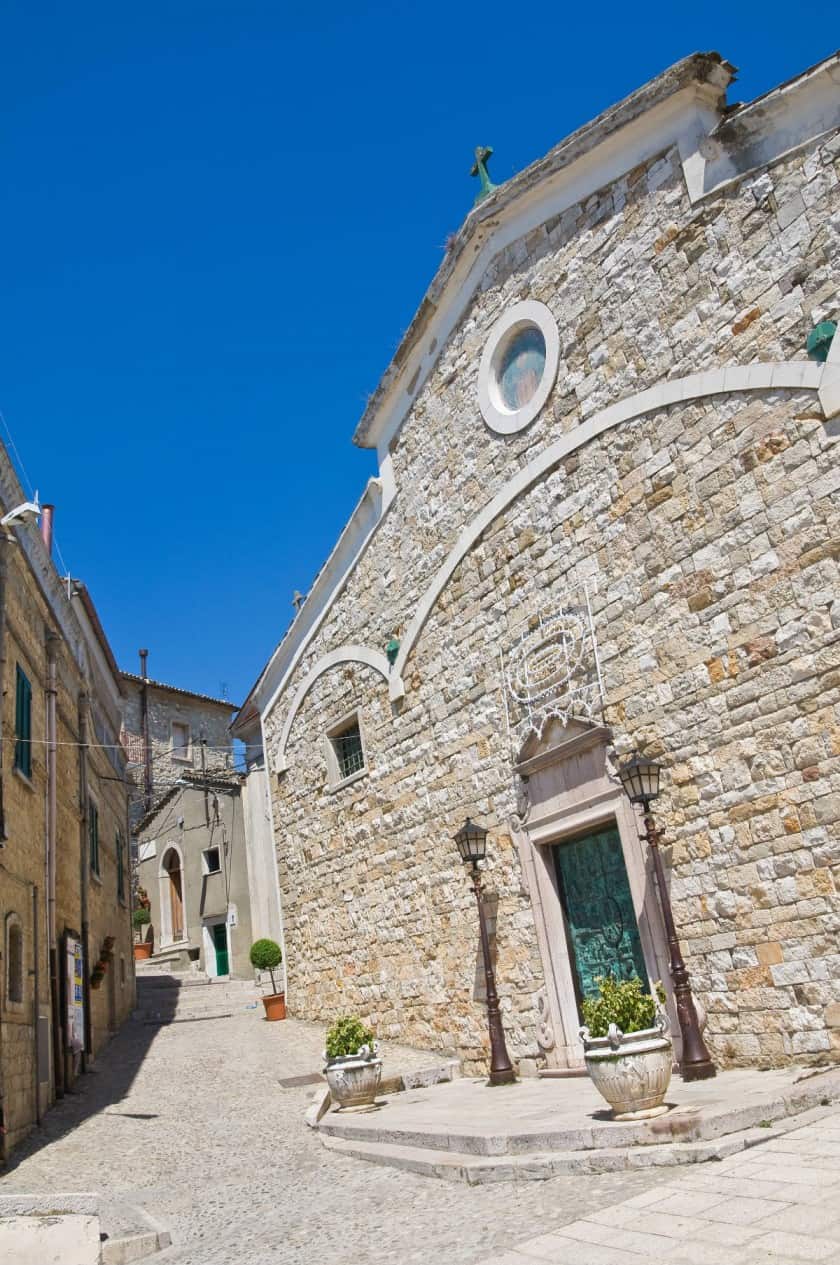 A look at Sant'Agata di Puglia

Sant'Agata di Puglia (Santaheta in local dialect, until 1862 called Sant'Agata) is located in the mountains of the Subappennino Dauno, with panoramic view on the Tavoliere with the Gulf of Manfredonia, the Vulture with the Monticchio lakes and hills of melfese in Basilicata and the highlands and the heights toward Lacedonia and Trevico in Irpinia. Located on the borders of the three regions of Apulia, Basilicata and Campania is called "La Loggia delle Puglie" precisely for the panoramic view that you can enjoy from its balconies, terraces, pinewoods and public houses.

The origin of Sant'Agata di Puglia we think should connect to the need felt by the Romans to fortify the oriental outlets of the Apennines Appulo-Irpini for which arose the magnificent bridge on lowering three lights that ensured the connection of a branch of the Via Appia, with tracks Traiana, Herculea and Herdonea. Not far from this bridge was built in Roman times, a station of mail that in later centuries it became the monastic complex of S.Antonio Abate. To protect the strategic bridge you want, by some historians, is built the fortress artemisium call. With the effect of the Roman Empire and the advent of Christianity, the pagan Artemisium had turned into oppidum.

During the Swabian period, the military province of Sant'Agata was called "Castellania". With the imperial decree of 5 October 1239 Frederick II of Swabia including that of Sant'Agata among the castra exempta (literally, "castles exempted"), considered to be of primary importance both for defensive purposes both as imperial residences. For they reserved personally the selection and appointment of Castellani. With the subsequent Angevin domination in the castle of Sant'Agata preserved the function of province military and administrative. The King Charles I of Anjou had a private dwelling inside the castle where, between 1269 and 1270 had done adorn the chapel dedicated to Sant'Agata and there had placed three artistic loin, today lost. In 1304 was Lady of Sant'Agata Filippa Belmonte. In 1396 the viceroy convoked in the castle of Sant'Agata a parliament for the public good to which participated in all the barons who had followed the Angevin faction and, following the example of Naples that had constituted the eight of the good state of the city, were elected in that parliament six members for the good condition of the Kingdom.

In 1557 the viceroy of Naples Duca d'Alba, assuming that an army could invade the kingdom, ordered to Don Garcia of Toledo to fortify, in addition to Venosa and Ariano Irpino, even Sant'Agata. The castle underwent the first changes with the Orsini, when it became the residence of the duke. In 1576 Carlo Loffredo bought from the Orsini the lordship of Sant'Agata. With the Loffredo the castle lost as its ancient structures to become residence Marchesale. The Lineage Loffredo was distinguished for the works pious striving for the building of the convent of San Carlo of the Franciscan Order of Reformed.

As a result of the earthquake of Vulture of 1930 that hit subappenino Dauno, of good spent many energies for the necessary further reconstruction works that dealt the covers of the south wing and the consolidation of the masonry structure. During the Second World War, thanks to the castle were of help to the entire population of Sant'Agata and refugees coming from Foggia bombed bombing of Foggia in 1943.

The medieval village is born and develops starting from the primitive nucleus constituted by the castle and from Piazza Chiancato. The urban plant was constructed by taking into account the orography of the mountain, which was thrown. The first boundary Murata, Longobard-normanna, then restored the Swabians and the Angevins, was erected to protect the castle. Rests on rocky slopes and it contained the Castle on three sides. Has two circular towers and a square. The medieval village was built on the slope of south east of Monte, delimited between the two lateral ridges and fortified by masonry structures, often coincide with those dwellings, interspaced by bastions and towers. As the village expanded, starting from the top where stands the castle, toward the valley, the walls claims were exceeded and build new ones. Downstream the medieval village has had its expansion up to the fortified walls of Porta Nuova.

The urban layout of the town preserves the medieval structure; it is developed in spiral shape starting from the castle toward the valley in a progression of alleys, steep staircases, arches, towers, bell towers, houses with characteristic portals, up to the last boundary of which the entry was the Porta Nuova with churches positioned on the sides of the country. Sant'Agata today preserves the double walls: the oldest, encloses the Castle of Longobard restored later by the Normans and reinforced by the Swabians and Angevins; the second walls contained the Citadel with the arc of the Porta Nuova. The richness of the city is testified by several noble palaces, the numerous churches built and by the presence of three articles Conventuals: The Convent of Virgins, the convent of the Reformed Franciscans and the convent of the Annunziata.

the Municipality is part of:
Città Slow
Paesi bandiera arancione

Concattedrale di Santa Maria Assunta
In the heart of the historic center of Bovino stands sober and imposing the Cathedral.

Piazza Duomo, 6, Bovino (Foggia)
11.64 Kilometers from Sant'Agata di Puglia
The Ducal Castle
The rooms of the Palazzo Ducale di Bovino offer the possibility to visit the small but charming p...

Castello di Bovino, Bovino (Foggia)
11.64 Kilometers from Sant'Agata di Puglia
Norman Castle
The Norman Castle is located in the heart of the village of Zungoli, in Campania.

Via Castello, 7, Zungoli (Avellino)
15.10 Kilometers from Sant'Agata di Puglia
Ducal Castle
The Ducal Castle is located a few steps away from the Cathedral of Bisaccia, in Campania.

Corso Romuleo, 171, Bisaccia (Avellino)
15.24 Kilometers from Sant'Agata di Puglia
Avalos Palace, the Civic Museum and the ghost of the Marquis
Seat of the Municipal House, Avalos Palace was built in the XVI century and enlarged in 1643 by F...

Via Arco Ducale, Pietramontecorvino (Foggia)
48.28 Kilometers from Sant'Agata di Puglia
Norman Tower
From the top of the Normar Tower you can enjoy a wonderful panorama upon the village of Pietramon...

Via Arco Ducale, Pietramontecorvino (Foggia)
48.28 Kilometers from Sant'Agata di Puglia
Castle of Peschici
The castle of Peschici, built by the Normans, was built to protect the Gargano lands from raids.

Via Roma, Faeto (Foggia)
26.51 Kilometers from Sant'Agata di Puglia
Merinum Necropolis
The ancient Paleochristian necropolis of salted cemetery complex to the east of the town, located...

Find where to sleep in Sant'Agata di Puglia

Via Porta S. Anna, 89 - 83030, Zungoli (Avellino)
15.19 Kilometers from Sant'Agata di Puglia
B&B Residenza Collina dei Pini
The residence is situated on a hill at about 1.5 km from the coast of Vieste, on the Gargano.

Our news about Sant'Agata di Puglia

Recipe: the Susumelli, the Christmas biscuits of the village Sant’Agata di Puglia
The Susumelli: the sweet, small cookies that tell stories of age and make you imagine with the imagination the kitchens of the past, in which the fire in the fireplace crackled lively and traditional dishes were prepared. The Susumelli, typical of the village of Sant’Agata di Puglia, since time immemorial are cooked for the Christmas holidays and represent one of the most delicious sweets of the Apulian tradition. Their consistency is rather soft, the taste is original and unmistakable and can be combined with any palate of Bac...
Continue