Share
The small village of Montefortino is placed in a sloping position on the right of the Tenna river, embraced by the Sibillini Mountains. There are several places of interest to visit such as the Gole dell'Infernaccio, natural gorges formed by the River Tenna, with a truly unique landscape and panorama, where at the end of the adventurous walk you will be enchanted by the hidden waterfall and the hermitage of San Leonardo al Volubrio, a destination for continuous pilgrimages and excursions. 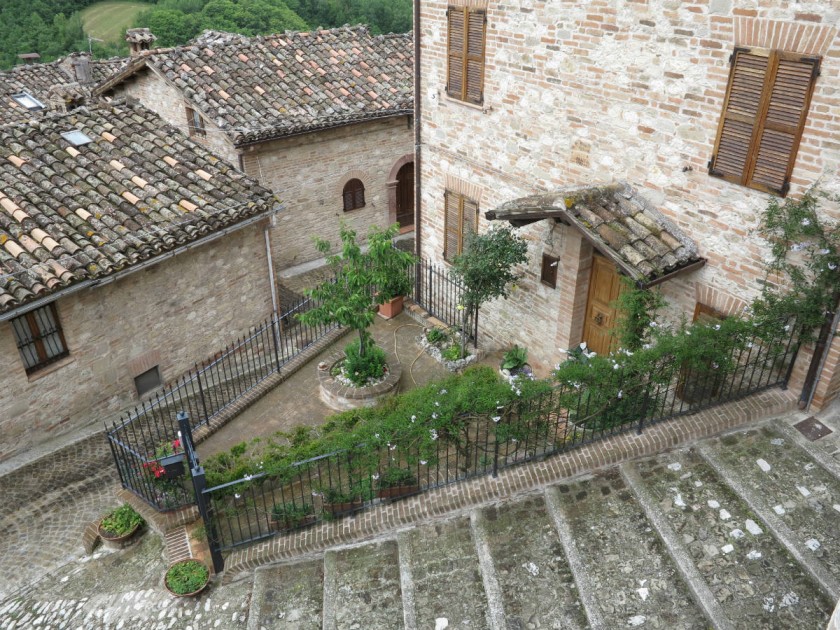 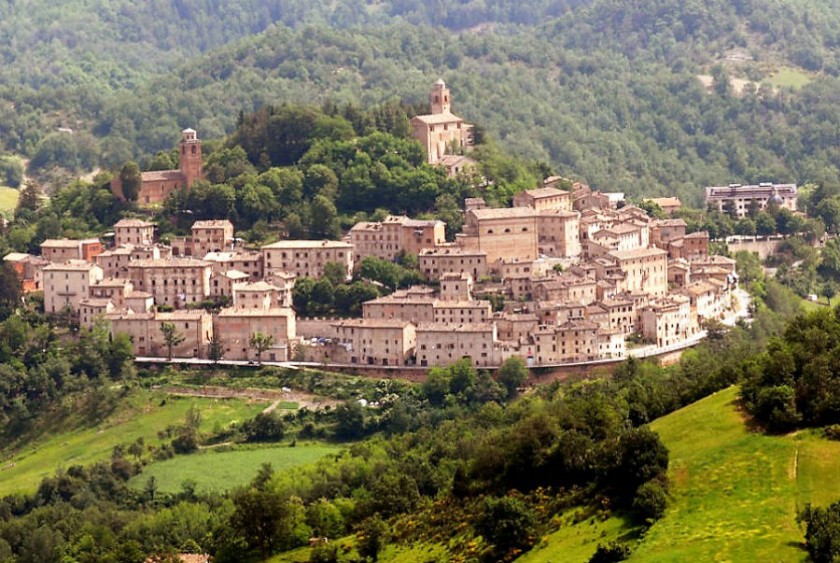 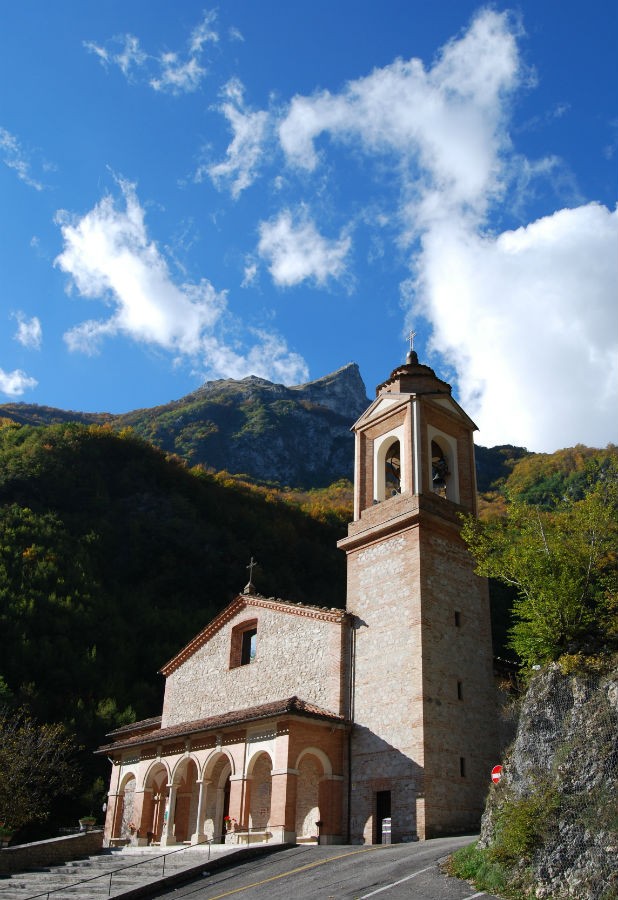 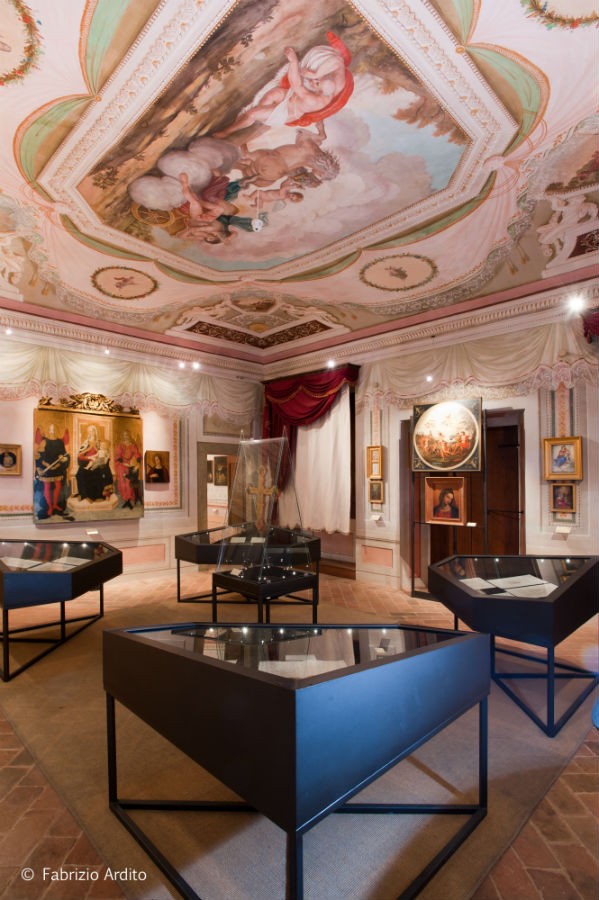 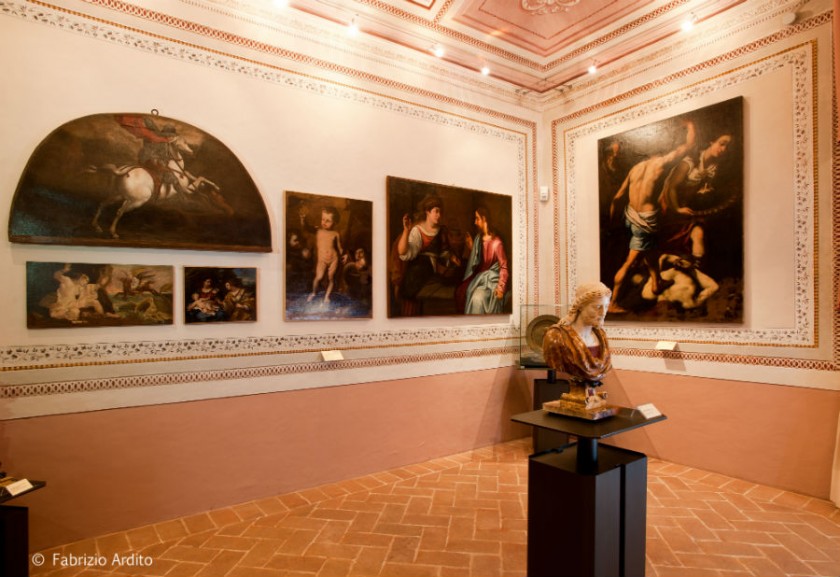 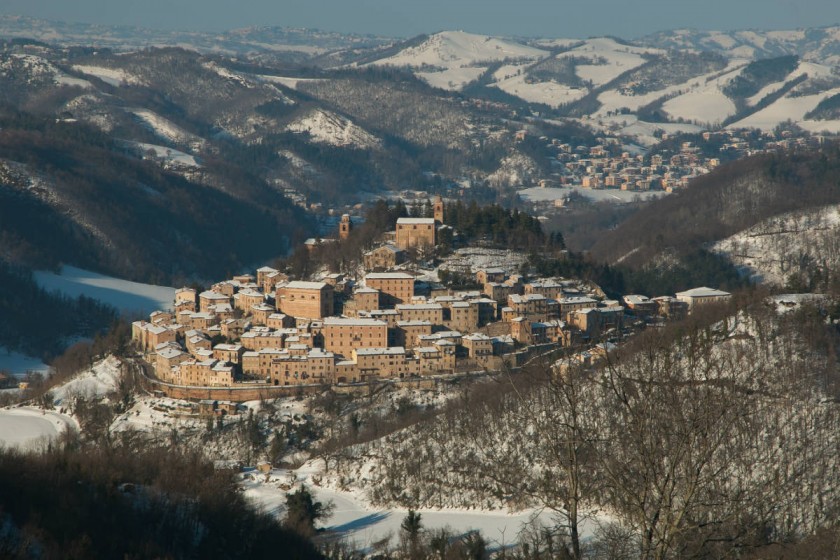 A look at Montefortino

The first settlements in the territory of Montefortino date back to the period of the Empire of Augustus (29 BC-19 DC), when it was centuriated and assigned to the Roman soldiers as a residence for the end of their career. Some toponyms of the area testify to the presence of the pagan cult of Mars, god of war, such as Colmartese, Santa Maria de Marte or Campo d'Arte (derived from "Campo Marte"). The humanist Palmieri, in 1650, hypothesized that the Casa Roscia, an illustrious family from Fortino, was one of the many consular families, sent to Piceno at the time of Pompeo. Between the 6th and 8th centuries it was occupied by the Lombards. The construction of the church of Sant'Angelo in Montespino seems to date back to this period, a bulwark of the Farfensi monks in the 10th and 11th centuries. At the beginning of the eleventh century, however, the construction of the church of Santa Maria in Amaro dates back to the seventeenth century in the sanctuary of the Madonna dell'Ambro, following the miracle of the apparition of the Madonna to a shepherdess mute from birth, which regained the word.

The construction of the fortified village on the ridge of a hill on the right bank of the Tenna dates back to the 12th century. In 1066 a battle is documented for the control of the mountain pastures against the town of Visso, fought in Capotenna. In honor of the victory the fortinesi sculpted a fig statue dedicated to St. Anthony, which was placed at the then existing hermitage dedicated to the saint, located right in Capotenna. In 1084 Montefortino became a free municipality and sided alongside Monte Passillo (the current Comunanza) against the nearby Amandola, Montemonaco and Visso. At the end of these struggles, in 1265 the church of the Madonna della Pace was built. After being owned by Fermo, Montefortino passed under Camerino in the first half of the fifteenth century and then in the Signoria degli Sforza. In 1586 it became the territory of the Church until the unification of Italy.

The gate of Santa Lucia, the Porta San Biagio (or Portarella) and the gate of Valle (or Vetice) have remained of the fortified village. These doors lead into a series of alleys that lead to Piazza Re Umberto I, characterized by a wide panoramic view of the Sibillini Mountains. The church of San Francesco (or Santa Maria del Girone, dating back to 1549) deserves a visit, inside which there is a Madonna del Rosario by Simone De Magistris, the sixteenth century Palazzo Leopardi, now home to the civic art gallery named after the local painter Fortunato Duranti (1797-1863), and finally the Tempietto dell'Orologio, a unique 16th century building whose facade was designed by Duranti himself, who later lived there during the last years of his life.

Near Montefortino there are numerous architectural and natural sites that remain to be discovered, first of all the Sanctuary of the Madonna dell'Ambro, an ancient Marian cult place among the most important in the region. It stands along the valley of the Ambro torrent, where around the eleventh century the first church dedicated to the Madonna was built, as tradition dictates, following an apparition of the Virgin to a local shepherdess, who blindly regained her sight. Much of the territory of Montefortino extends over the mountains, which preserve many evidences of the past agri-pastoral of its inhabitants, such as Le Case (Lu Pià), small stone houses used by shepherds during transhumance, the high mountain farmhouses and remains of ancient animal shelters, carved into ledges and other natural ravines. Finally, you should not miss the springs of the Ambro and the Gorges of Infernaccio, among the most evocative of the entire region, which include the hermitage of San Leonardo al Volubio and the ruins of the church of San Chiodo, which before to be permanently abandoned had been used as a refuge for livestock.

the Municipality is part of:
Unione montana dei Sibillini

Via Crocifisso, Monte Rinaldo (Fermo)
21.55 Kilometers from Montefortino
Giustiniani Palace
Palazzo Giustiniani, the residence of the noble Giustiniani family, is a key part of the square i...

Via della Giustizia, 12, Monte Vidon Corrado (Fermo)
23.06 Kilometers from Montefortino
Giustiniani Palace
Palazzo Giustiniani, the residence of the noble Giustiniani family, is a key part of the square i...

Via Crocifisso, Monte Rinaldo (Fermo)
21.55 Kilometers from Montefortino
= distances as the crow flies

Find where to sleep in Montefortino

Via XXV Aprile, 132, Fermo (Fermo)
37.68 Kilometers from Montefortino
= distances as the crow flies