Share
Cerenzia is an ancient village of Byzantine origin. On the hill where the ancient center stood, there are still traces of a substantial urban area, among which, in particular, a sacred building largely preserved and, in an eminent position, the full-bodied remains of a more elaborate structure known like the Bishopric. 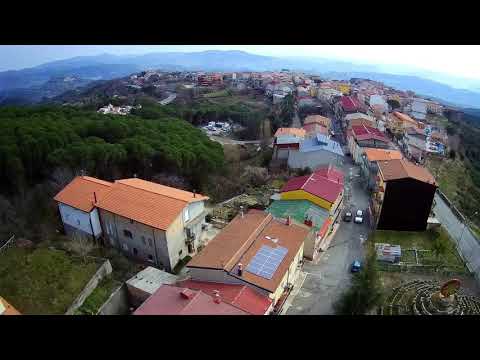 The current inhabited center of Cerenzia rose in the second half of the nineteenth century, when the cerentinesi moved to malaria more to the west with respect to the old fortress, Akerentia (also called Acheronthia or Acerenthia), a time seat of the diocese, with a clear reference to the river Acheron (or Akeronte), the ancient name of the injured, that runs at the foot of the cliff.

When many countries of the district were simple "Casali" Acerenthia, was an important and glorious Byzantine city. On the plateau where once stood the ancient center, are still evident traces of a substantial conurbation, among which, in particular, a sacred building largely conserved and, in an eminent position, the bodied remains of a structure more elaborate identified as the Bishopric.

Acerenthia, Acherontia or Geruntia. On his behalf and on its origins legend and history are confused, giving it a particular charm of mystery. Founded according to some by Enotri, according to others by the mythical Philoctetes, the city was surrounded by high walls natural and dominated, as well as still dominates the valley of the river injured, a time maybe named Acheron, from which it derives the etymology.

Continuous yielding of the masonry structures, difficulties in the supply of drinking water, malaria and earthquakes, forced the inhabitants to a progressive exodus, that around the middle of 1800 culminated with the definitive abandonment and the transfer in the current site. Despite the abandonment, the ratio of the inhabitants with their ancient city has never been interrupted. The visit to the ruins of the dead city is an ongoing pilgrimage, that on the occasion of the feast of the Ecce Homo, becomes a real procession around the village.

the Municipality is part of:
Città dell'olio

Church of San Teodoro
The Church of San Teodoro of Cerenzia, in Calabria, rises close to the ruins of the ancient Acere...
SP26, Cerenzia
Barracco Castle
The Caccuri Castle is an imposing baronial dwelling, whose Torre Mastrigli is the symbol of the m...

Viale Convento, 19, Caccuri (Crotone)
2.34 Kilometers from Cerenzia
Abbazia Florense
The Abbey of San Giovanni is one of the largest religious buildings in Calabria, whose name is li...

Via Monastero, 9, San Giovanni in Fiore (Cosenza)
7.24 Kilometers from Cerenzia
Carafa Castle
The Norman Castle of Santa Severina, in Calabria, is one of the ancient fortresses best preserved...

Strada Provinciale, 11, Carfizzi (Crotone)
21.04 Kilometers from Cerenzia
Church of Maria SS. del Monte del Carmelo
to meet the needs of the community of Torre Melissa, on the Ionian Sea, it was decided to build t...

Piazza del Popolo,, Melissa (Crotone)
21.52 Kilometers from Cerenzia
Carafa Castle
The Norman Castle of Santa Severina, in Calabria, is one of the ancient fortresses best preserved...

Viale Convento, 19, Caccuri (Crotone)
2.34 Kilometers from Cerenzia
Aragonese Tower
The Aragonese Tower is located in Torre Melissa, a hamlet of the village of Melissa, on the Ionia...

Cerenzia and the legend of the seven-headed dragon
Some Italian villages hide mysteries that sometimes even the inhabitants themselves are unable to explain and attract the curiosity of tourists, lovers of the unknown and legends. Among these "mysterious" villages there is certainly Cerenzia, an ancient village in Calabria in the province of Crotone, founded by pre-Roman populations. Acerenthia (this is the original name), in fact, was founded by the Enotri or perhaps by Filottete, as claimed ...
Continue
Recipe: Cuzzupa, the typical Easter cake of the Calabrian tradition
The Cuzzupa is a typical dessert of the Easter tradition that symbolizes the end of the Lenten fast and the resurrection of Christ, represented by the presence of whole eggs, which are said to bring good fortune. The origins of this dessert are lost in the mists of time, in fact it was prepared even before the advent of Christianity and seems to come from the lands of the East. The name itself seems to derive from the Greek word "donut" (koutsoupon), a shape that is sometimes given to it. In fact, the Cuzzupa does not ...
Continue